Three Billboards… has been picking up some well deserved critical praise, and Zavvi have nabbed the UK exclusive steelbook release.

Release date is still TBC, but pre-orders will be live from around 6pm UK today, February 5th, so ignore the ‘sold out’ button until then.

Award-winning actress Frances McDormand (Fargo) delivers a stunningly powerful performance in this darkly comic drama that has been hailed as one of the year’s best films. A murdered girl’s defiant mother (McDormand) boldly paints three local signs with a controversial message, igniting a furious battle with a volatile cop (Sam Rockwell) and the town’s revered chief of police (Woody Harrelson.) 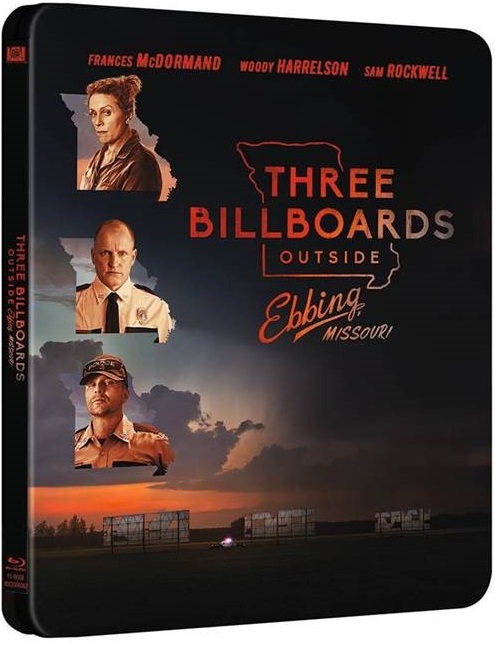