REVIEW – We take a look at the awesome “Hereditary” UK Steelbook

Low budget horror Hereditary was a well-deserved critical and commercial hit on its cinema release, and it’s getting a very nice looking UK steelbook on October 8th.

Without further ado, let’s get stuck in…

Film
When her mother – a controlling but secretive woman – passes away, her artist daughter Annie (Toni Collette) is conflicted. While relieved to be finally released from under the matriarchal thumb, she worries that she has inherited her “difficult” mother’s worst maternal habits, while still knowing hardly anything about her.

As she battles her internal demons, and struggles to keep her mind – and family – together, her therapist husband Steve (Gabriel Byrne) and kids Peter (Alex Wolff) and Charlie (Milly Shapiro) each have their own reactions and coping mechanisms to the death.

… I don’t know about you, but it does bug me when movie trailers basically give away the whole plot, with shots and dialog that leave little to the imagination. After two or three trailers, there seems little point in seeing many films. There are just no surprises left. I hate it.

I’d like to kiss whoever was responsible for marketing Hereditary. While the trailers are chock full of potentially spoilerific scenes, the editing is a masterclass in mis-direction, only hinting at what’s in store.

It’s safe to say that it’s best to watch this film knowing as little about it in advance as possible, as the story definitely takes an unexpected turn.

With his feature debut, writer/director Ari Aster wears his influences proudly on his sleeve, and you’ll see nods to The Exorcist, The Shining, Ringu, and many more. One film I was REALLY reminded of is 2015’s The Witch, with its use of unsettling score, slow, deliberate photography, and a first-frame-to-last sense of dread. Fittingly, Heredity’s team of producers contains a couple of The Witch alumni.

That said, Hereditary never feels derivative, and Aster confidently sails the film through waters that in less assured hands could cause it to run aground.

He’s helped no end by his superb cast, especially Collette in a career-best performance, while fans of The Leftovers will welcome an appearance by the brilliant Ann Dowd as Joan, who meets Annie at bereavement counselling, and seems a little too keen to help…

And that’s really all I can say. Hereditary is a superb piece of work, treating its subject matter seriously, while, on the whole, steering clear of too many horror clichés, and is a stunning debut by Ari Aster.

If you’re a horror fan, you really should check it out.

Video
While the UK isn’t getting a 4K release of Hereditary, we are treated to a very nice Blu-ray transfer, from indie label Entertainment Film Distributors.

The image, shot on digital cameras with a 2K Digital Intermediate (DI), is obviously very clean, with tons of fine detail on show in places like clothing and faces. Much of the film has a warm, if slightly muted, colour palette, which looks suitably moody, while keeping a natural look to flesh tones – nothing too showy or over-processed.

Occasional scenes with more extreme colours really pop, contrasting effectively against the otherwise subdued tones.
Blacks are deep, with strong contrast that keeps shadow details just on the right side of “did I just see something in the corner?”.

While we don’t get the benefits of HDR that a 4K release would bring, for a Blu-ray the presentation is pretty faultless.

Audio
What really stood out when I saw Hereditary in the cinema was the superb sound mix, which is reproduced brilliantly on disc.

This DTS-HD track is all about atmosphere, with music and ambient effects filling the sound field, while your sub will get a workout with a subtle but very well used low-end adding to the sense of foreboding.

Stronger, more obvious directional effects are expertly placed around the room, and while this would have been an ideal showcase for the additional precision available with a Dolby Atmos or DTS:X track, you’ll never feel short changed here.

Extras
This release is light on extras, which is a shame, but we do get a pretty good 20 min featurette, The True Nature of Hereditary, which features cast and crew interviews with a good amount of behind these scenes footage. It’s pretty light, but does give an insight into the making of the film and especially the actors’ approaches to their respective roles.

We also get about 15 mins of deleted scenes. There’s nothing here that deserves to be back in the film, but, as always, it’s interesting to see what was changed as the film took shape in the editing room.

Packaging
The main draw here is, of course, the steelbook packaging, and it’s rarely been more true to say that the photos don’t do it justice.

The design is superb on both front and rear, with great use of embossing and colour, making this a really striking presentation, and one of the best looking releases of the year.

Entertainment Film Distributors have only briefly dabbled with steelbooks in the past, but if this release is anything to go by, I for one can’t wait to see what they come up with next.

Summary
The hype around the film’s big screen release was a little over-blown – Hereditary is not the second coming of horror, but it’s an extremely effective, brilliantly acted and confidently directed debut from Aster.
The story definitely heads in unexpected directions, and – thankfully – the movie commits to its path, and really sticks the landing.

Collette is clearly the standout, as the mother whose life – and mind – crumbles around her, but special mention must go to Alex Wolff. His biggest film to date was in the hugely enjoyable – and polar opposite – Jumanji: Welcome to The Jungle, but his performance here is really on another level.

The supporting cast are all great, keeping you guessing about who knows what’s really going on.

Ari Aster’s script and direction are assured, and he uses every penny of his limited budget to great effect.

Hereditary is a hell of a calling card, and I’m really looking forward to his next movie. 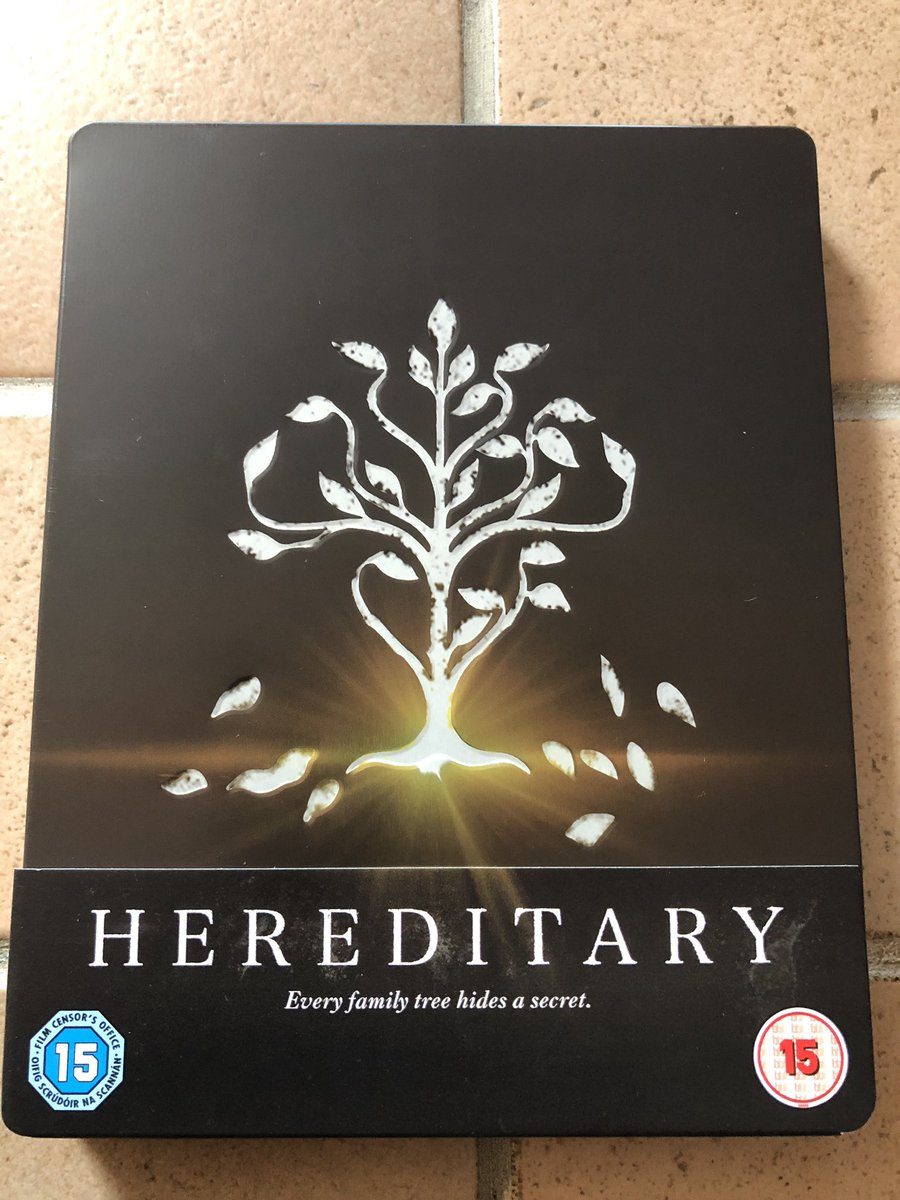