REVIEW – We take a look at the “Warcraft: The Beginning” Zoom exclusive Steelbook

Looking to escape from his dying world, the orc shaman Gul’dan utilizes dark magic to open a portal to the human realm of Azeroth. Supported by the fierce fighter Blackhand, Gul’dan organizes the orc clans into a conquering army called the Horde. Uniting to protect Azeroth from these hulking invaders are King Llane, the mighty warrior Anduin Lothar (Travis Fimmel) and the powerful wizard Medivh. As the two races collide, leaders from each side start to question if war is the only answer.

The World of Warcraft phenomenon has sadly (or thankfully, depending on your point of view) passed me by, so I sat down to watch this big screen adaptation of the video game with some trepidation. Would Duncan Jones (Moon, Source Code) be able to successfully translate the huge mythos of the games into a movie that would a) satisfy the hardcore fans, and b) be an entertaining movie in its own right that made sense to viewers unfamiliar with the franchise.

The answer, at the to the second part, is ‘mostly’.

The film has a lot of set-up and world building to do, and quickly drops us right into the action as the Orcs flee their world and head to Azeroth. With the Orcs barely introduced we’re straight into our human roll-call, including the king, his wife, her brother, his son, and so on.

The breakneck pace certainly means you’re never bored, but if you’re completely new to the world of Warcraft, you might get a bit lost. At a brisk two hours, the film would definitively have benefited from some slower pacing, and a longer running time, allowing us to get know the main players better, and being more concerned about their fates. While there are a couple of refreshingly unexpected deaths, I found myself struggling to care that much.

This is no fault of the cast, who are all very good, if occasionally bland. Dominic Cooper as King Llane is the standout of the human characters, though even he seems to lack the spark he normally brings to his performances.

Ironically some of the best performances are those given by the actors playing the Orcs, with Toby Kebbell and Durotan and Clancy Brown as Blackhand being particular highlights. Even after the CGI transformation of their performances, you do feel the actors’ presence.

Duncan Jones’ direction is confident and assured. This is obviously a huge step up in scale and spectacle from his previous movies, but he handles the action easily, frequently composing some stunning shots, with the camera work never feeling restricted by the requirements of the VFX.

And speaking of effects, the performance capture here is first class, with the Orcs never less than convincing. During some of the few quieter moments of the film, with the characters simply sat talking, the CGI is stunningly life-like. It’s all the more impressive to see the side-by-side comparisons of the actors, and seeing how the tiniest facial ticks and gestures are translated to the animated characters.

For me, any faults in the movie are down to pacing and editing. Warcraft is huge, with centuries – if not millennia – of ‘history’ to pick from. It seems a shame to try and squeeze it all into 2 hours. In an era where blockbusters like Harry Potter 8 or Captain America 3 can nudge 2.5 hours without anyone complaining, an extra 30 minutes or so here would have met little resistance, and could have made all the difference.

It seems like we’ll never see an extended or Director’s Cut unfortunately, due to the cost and time involved in finishing – or in some cases creating from scratch – the required CGI, which is a shame. While not the box office smash that was hoped for, the movie has had a commendable worldwide box office total. Hopefully if a sequel is made, it’ll take things a little bit slower.

Those familiar with Warcraft will of course find lots to love in the movie, as it’s undoubtedly extremely faithful to the games, and made with passion by team consisting of many fans. For the rest of us, while it may be a bit less accessible, it’s still a fun, and visually stunning fantasy flick.

Video
This release includes 2D and 3D versions of the film, and the review covers the 2D.

Every now and then, a Blu-ray comes along that really lets you show off that big TV you bought. This is one of those times.

The video presentation here is faultless, with an incredible amount of pin sharp detail. Whether it’s the scuff and scrapes on human armour, features and fur on the creatures, or the hair on the Orcs’ backs – nice – every detail is captured to perfection. Colours are bold and punchy, but never over-saturated, while black levels are deep, but still with plenty of detail.

This is pretty much a reference quality picture.

Audio
The same can be said of the soundtrack. The main track here is Dolby Atmos, but even played back via a traditional 5.1 system is still packs a fantastic punch.

The atmospheric and directional effects are fantastic, with sound flying round the room, while your sub will get a near constant workout throughout.

During the quieter moments there’s plenty of subtlety on show, but things soon get rambunctious again, meaning you’ll never have to listen to your neighbours banging on the wall or shouting for too long.

Though it’s probably a good idea to have some cakes ready to appease them, just in case.

That said, if you ever need to convince someone to upgrade to a 5.1 system, give this disc a spin.

Extras
We get a nice selection of extra features on this release.

First up, about 14 minutes of deleted scenes, all in various states of VFX completion. The first three are set before the Orcs travel to Azeroth, and do a good job of introducing the main Orc characters and a little more back story. A bit more of this would have been welcome in the finished film. The other scenes add some nice little character beats here and there, as well as a brilliantly random Chesney Hawkes cameo.

Next up is a selection of bloopers, running about 3 ½ mins. The highlight here has to be a pre-VFX Clancy Brown sounding wonderfully like Mr Krabs.

A collection of behind-the-scenes featurettes is next. Running just over 30 mins, these cover the history of the game, casting, customes, VFX, performance capture and stunts. I’m an FX junkie so personally would have preferred to see much more detail on those aspects of the production, but what we get is still good. One thing you do appreciate watching these is that – despite all the CGI and bluescreen – a HUGE amount of practical work was done on real sets.

Up next is feature on Warcraft fandom. And boy, these guys LOVE Warcraft…

A motion comic follows. Running over 50 minutes, this offers a good bit of back story for Azeroth and King Llane.

After this we get a look at the Madame Tussauds Warcraft Experience. Running about 7 ½ mins, this gives us an all-too-brief look at the painstaking craftsmanship that goes on at Tussaudes – very impressive stuff.

Next is a 3 minute ILM VFX reel showing the before and after shots from several scenes. It’s a great piece that really highlights all the work that goes into movies like this.

The final on-disc extra is the original 2 ½ minute teaser from 2013.

Also included in the box is a code for an UltraViolet digital copy to watch on mobile devices, as well as codes for three free game gifts, including a full copy of World of Warcraft for PC or Mac.

Packaging
This movie is getting a UK steelbook release courtesy of a Zoom exclusive, and in fact was the first exclusive title that they announced (read more in our interview with Zoom here).

This release is a very classy looking affair, with subtle embossing, muted colour scheme and a great, weathered metal look. With this and their recent release of Hannibal (announced after Warcraft, but released before), Zoom are off to a great start in the UK market.

Warcraft will look great as part of any collection. 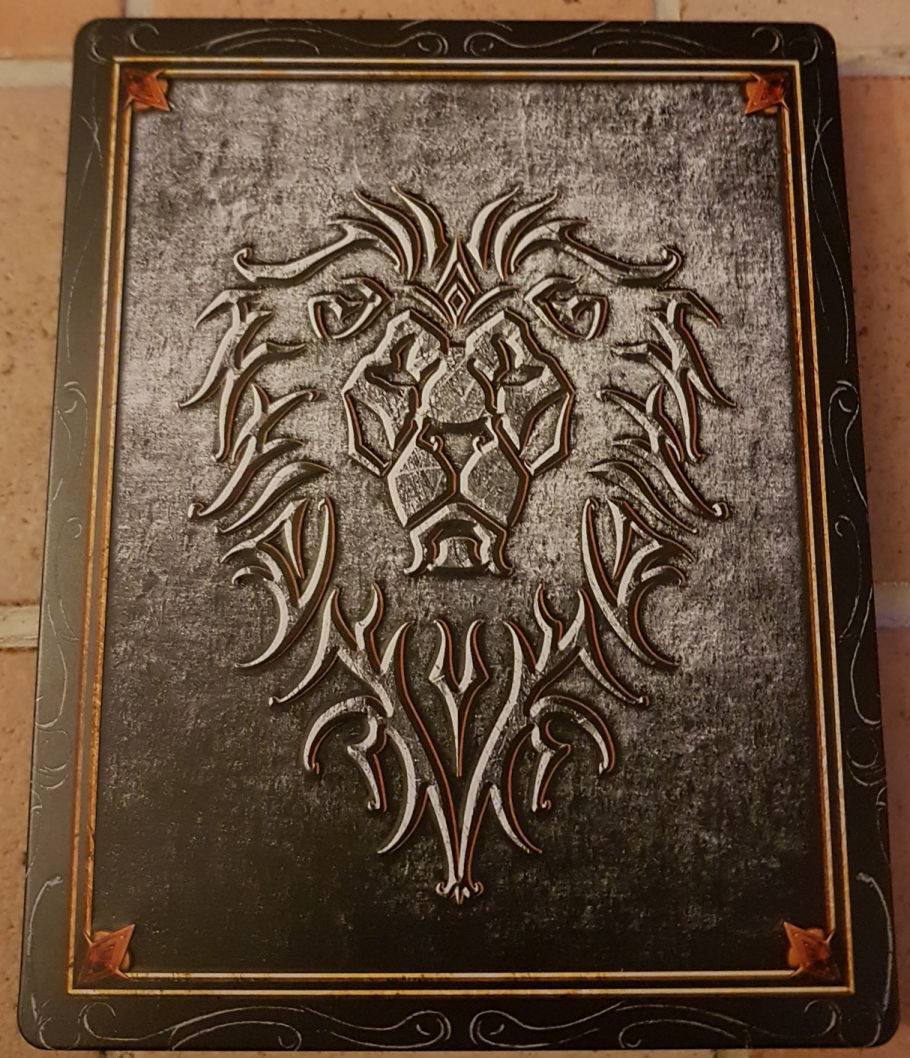 Summary
Hopefully the review of the film itself doesn’t come across as negative, as it’s really not meant to be. There is much to enjoy here, but fans of the games will definitely get more out of it than newcomers.

Director Duncan Jones has done a terrific job of faithfully bringing this epic world to the big screen, using all the technology at his disposal without ever being swamped by it. My personal preference would have been for a longer, slower film, which I feel would have allowed for more depth to the story and a better connection to the characters. But that’s just me. What do I know?

On Blu-ray the presentation really is first class, with reference quality transfer and audio, with a decent selection of extras covering the production of the film in the context of the games.

The Warcraft: The Beginning steelbook is available now from Zoom

Many thanks to Zoom for providing the disc used for this review. 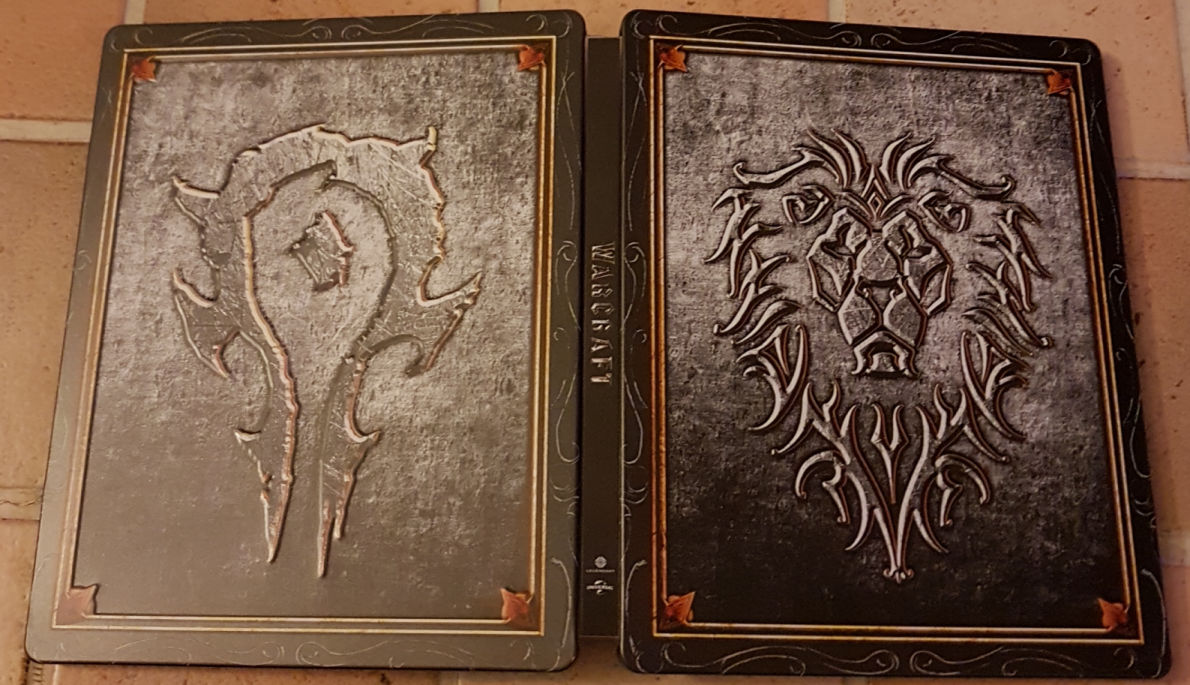 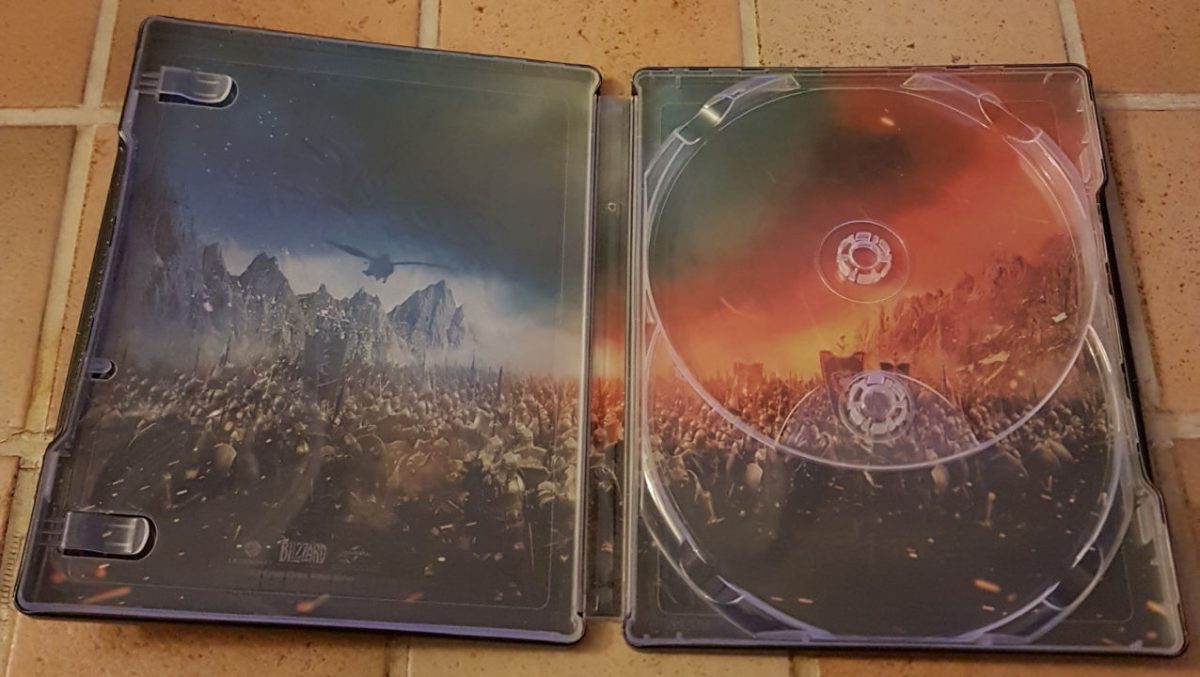