Welcome to number #17 in our Meet The Collectors series, which today features Thierry Courtois.

TC’s a graphic designer, so his focus for a steelbook definitely on the artwork over the movie itself. Read on to find out more…

Take it away Teza….

My very first steelbook was the first release of Avatar. I loved the film and wanted to have the best possible version when it was released and I like the durability and simplicity of the steelbook – plus it had some lenticular art cards with it too. Looking at it now, the Blu-Ray banner and the BBFC ratings on it offend me greatly but it was a nice enough intro – remove those and stick some glow-in-the-dark specs on the face and this would be a bitching release!

It’s a tough call – being a graphic designer, I look for unique art and clever ways of using the medium. Guardians of the Galaxy and Jumanji are excellent examples of thinking outside the box (or steelbook!). The Pianist I paid a fair whack for on ebay as the imagery placed behind the subtle piano keys is such a wonderful piece of art.

With all that said, my favourite would have to be Drive by Mondo. As a designer, I love attention to detail and the Mondo releases really have it nailed down. Terrific graphical illustrations outside, inside and across the discs and pamphlets. Again, it was a fair penny spent on ebay to get it from Canada!

Absolutely!! For me steelbooks are similar to alternate movie posters – they are an art form in themselves. I recently bought ‘The Voices’ because I loved the art treatment but had no idea if the film was any good (actually enjoyed the goofy B-movie style vibes), same for American Psycho. It’s a film I had seen once before but could barely remember but the artwork was fantastic!

No. I’m very adamant that I will only buy a steelbook if it has unique artwork. I hate the cash-in releases that basically just rehash the artwork from the standard releases or movie posters and plonk it on a steel.

I also do not own a single Disney/Pixar steelbook for a similar reason. They all have this weird rectangle indent about a half-inch into the front cover – it serves absolutely no purpose whatsoever and, for me, completely ruins the artworks overlaid on them – I actually cancelled my ‘Inside Out’ steel for this very reason!!

Would love some steels with some really awesome and original artwork for Independence Day, Black Swan, Watchmen, Inglorious Basterds and Inception.

Haha make-shift display for me! They get rotated a fair bit and regularly dusted – when I have more room (and a whole room just for films) then they’ll be displayed better!

I have to explain again and again to friends (even co-designers) why I pay so much extra for steelbooks and why I would buy a film more than once just to get a steel version (I own Avatar 3 times over!). At the end of the day I buy these little works of art for my own pleasure and that is all the matters!

So there we are – thanks to Thierry for sharing his passion. 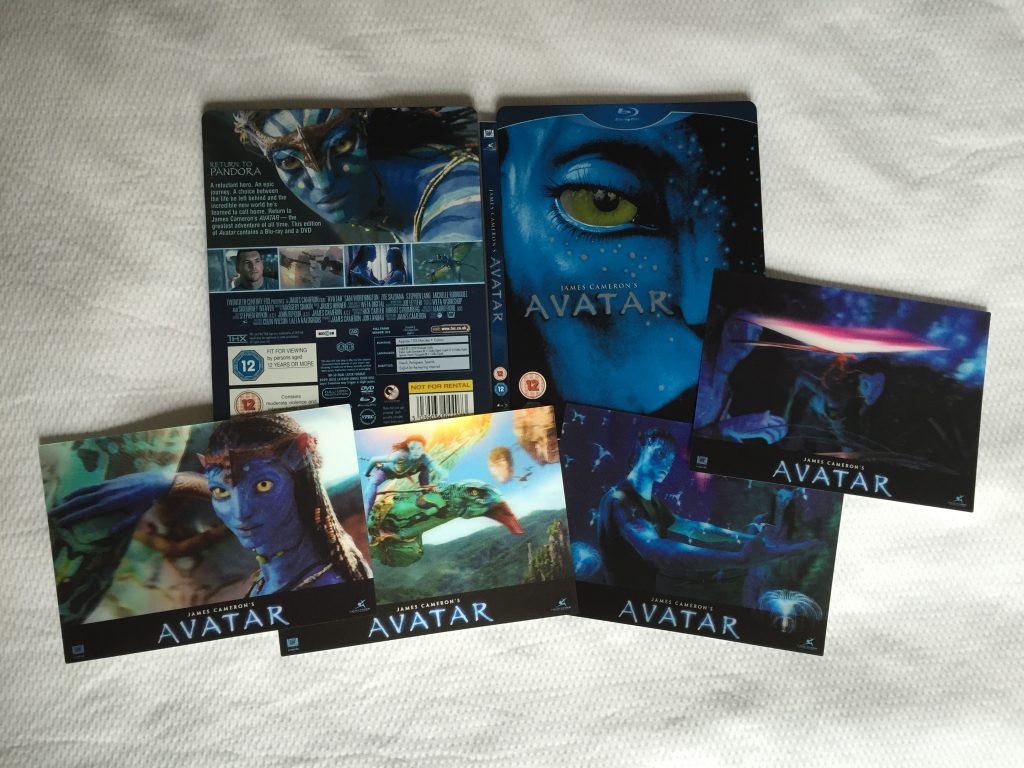 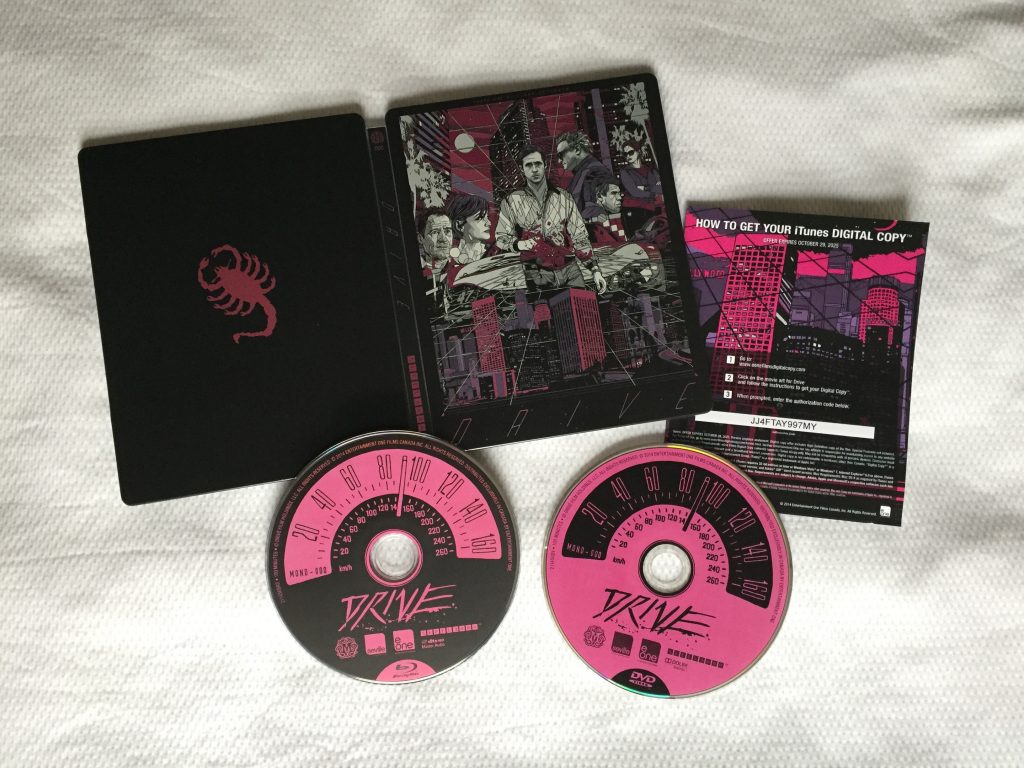 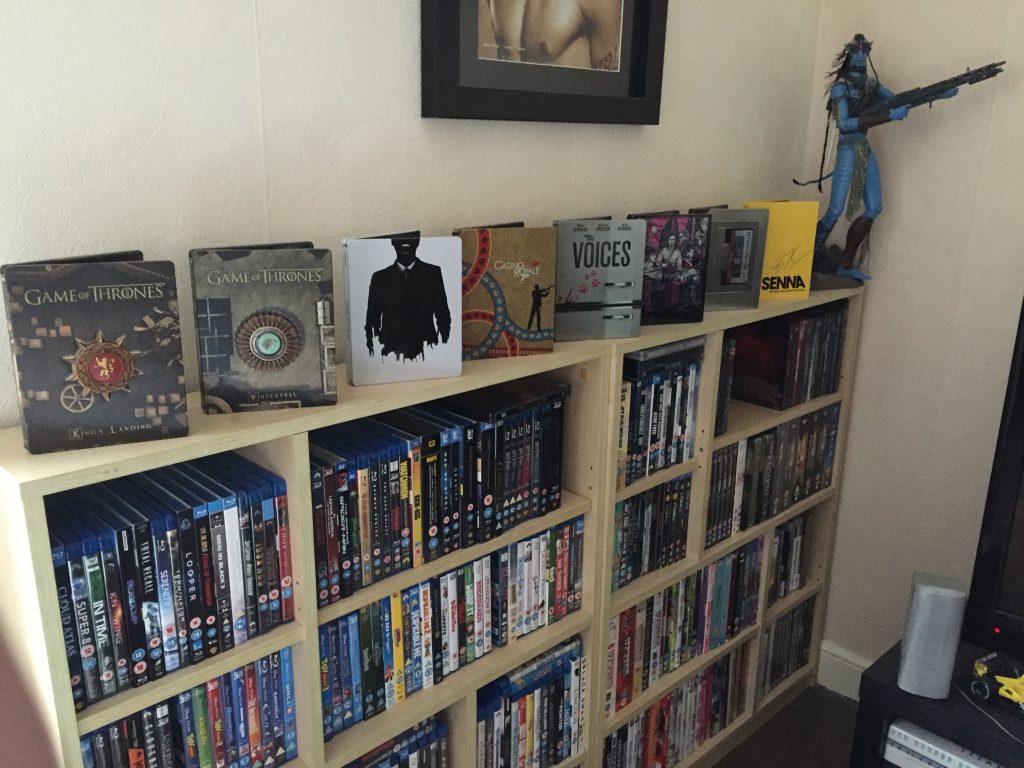