It’s time for another edition of our Meet The Collectors series, and today it’s the turn of SteveR.

Now brace yourselves – I was happily reading through Steve’s responses when I came across this line – “The idea of having any of the Marvel Comic adaptions within my collection makes me feel nauseated”. I mean, I know, right…? Well, I’ve managed to forgive him, so I hope you will too 🙂

This was originally bought as a standalone purchase; I never thought I would progress into becoming a steelbook collector.

Arrow is totally responsible for my collection as they provided several top Italian/Giallo titles packed with an amazing yield of special features.

Once I had a few on my shelf, I started to look for other titles away from Arrow’s catalogue and found attractive releases such as ‘Basketcase’, ‘Akira’, ‘Seven Samurai’ and ‘Shogun Assassin’.

Before I knew it a collection had started.

Through passion and love it will have to be Dario Argento’s ‘Tenebrae’ or Fulci’s ‘Zombie Flesh Eaters’.
Out of appreciation I really like to handle Masters of Cinema’s release of ‘Repo Man’. It is great, both an underrated film and steelbook release.

I should mention how much my heart beats for both the front and back cover art on the release of ‘Army of Darkness’, I really wish more steelbook releases would adopt the original poster artwork.

I have to admit I am total collection Nazi. I only buy steelbooks if I actually like the film. My collection does lack in size due to my strict regime. I am definitely a grower, not a shower.

The idea of having any of the Marvel Comic adaptions within my collection makes me feel nauseated; I cannot stand the films, and generally cannot stand the steelbook presentations. I do not quite understand the online steelbook celebration or appreciation for such releases.

I mean no disrespect towards people who collect them; this is just my own feeling towards them.

Yes to my dismay. I have a few condemning artworks in my collection such as ‘Ghostbusters II’, ‘Poltergeist’, ‘Predator 2’ and soon the pre-ordered ‘Labyrinth’ release (RIP David Bowie).

However I am willing to take a punch in the eye for a film that I love.

I have so many in mind, some absolute dreams.
Off the top of my head is a release of Lucio Fulci’s ‘The New York Ripper’ or Dario Argento’s ‘Suspiria’, perhaps that is just my passion for Italian cinema spewing out.

A title that does deserve one would be Hitchcock’s ‘Rear Window’, or maybe an eighties classic such as ‘Weird Science’ or ‘Adventures in Babysitting’.

I would really like to see some additional Studio Ghibli films such as’ Castle in the Sky’ and’ Pom Poko’.

If anime wishes are being granted, THE release for me would be ‘Urotsukidoji’.

I guess they are on display. I would not go as far to say proudly as I have seen some bodacious displays online, mine does not compare.

I would like to up my display game by getting a specific steelbook unit where I can present the collection fully and highlight the most aesthetically pleasing.

I have collected many mediums and formats throughout my life, most vigorously VHS.

I now only focus on vinyl and steelbooks due to space and time restraints.

I cannot foresee any future formats or collectibles that may appear in my life, however I do appreciate a good entomology display.

I think they despise me through jealousy.

And on that modest note, we thank SteveR for his contribution 🙂

If YOU want to be featured in a future article, please get in touch here. 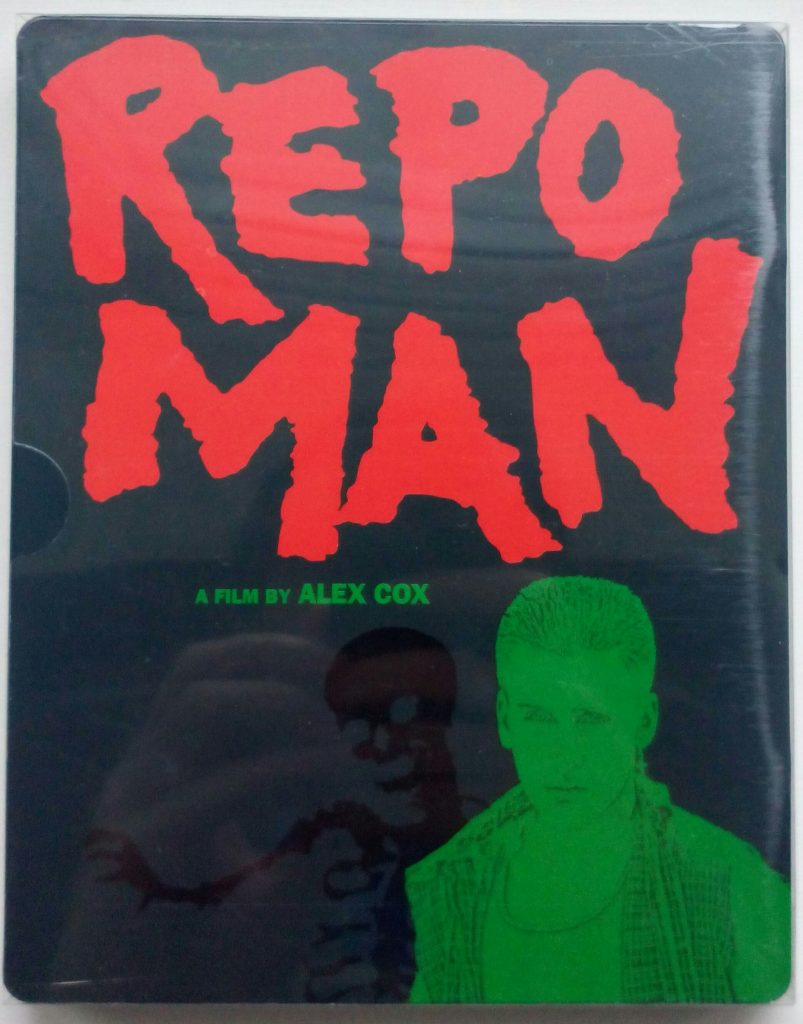 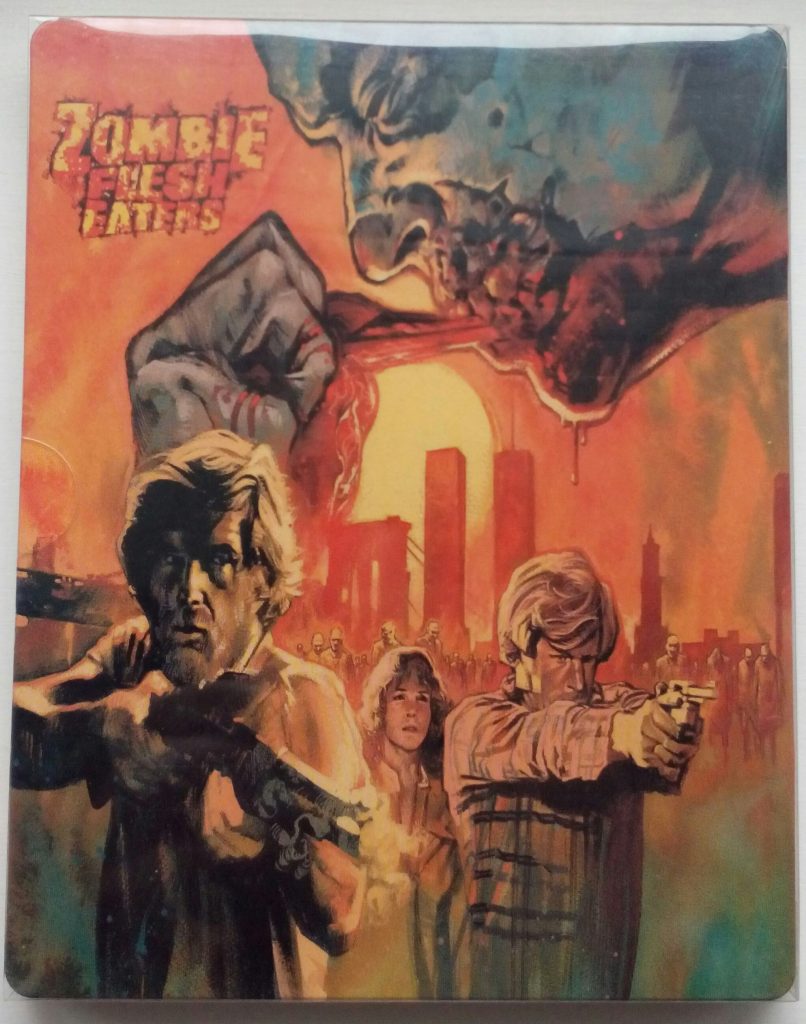 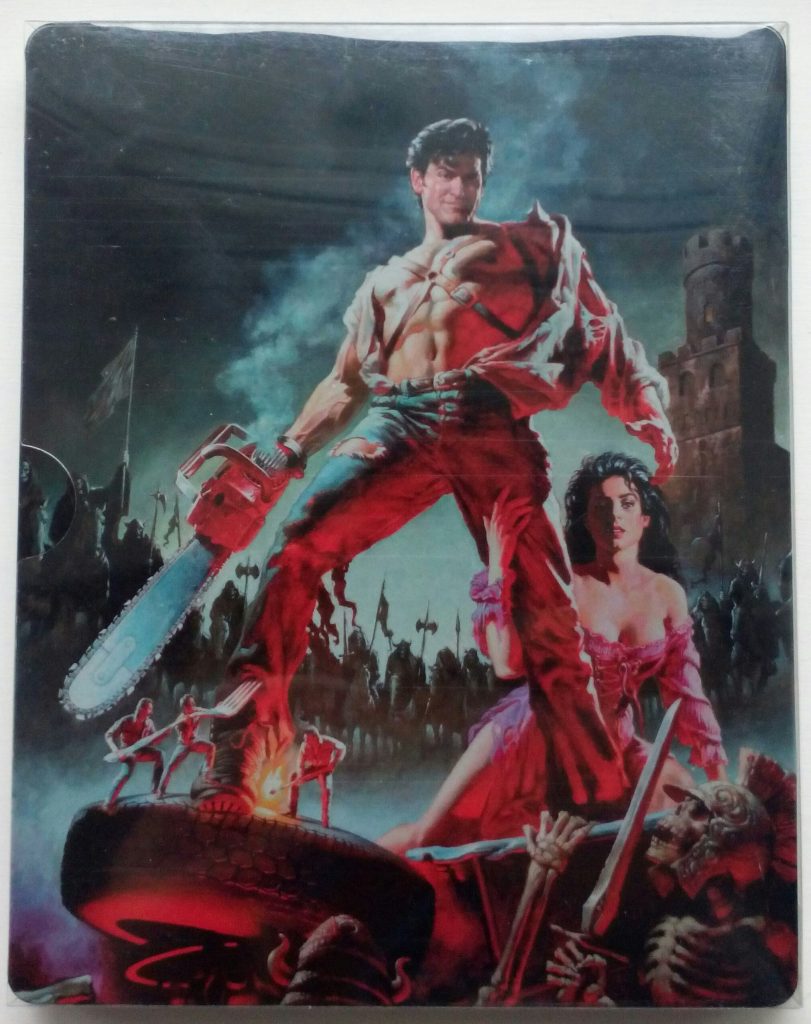 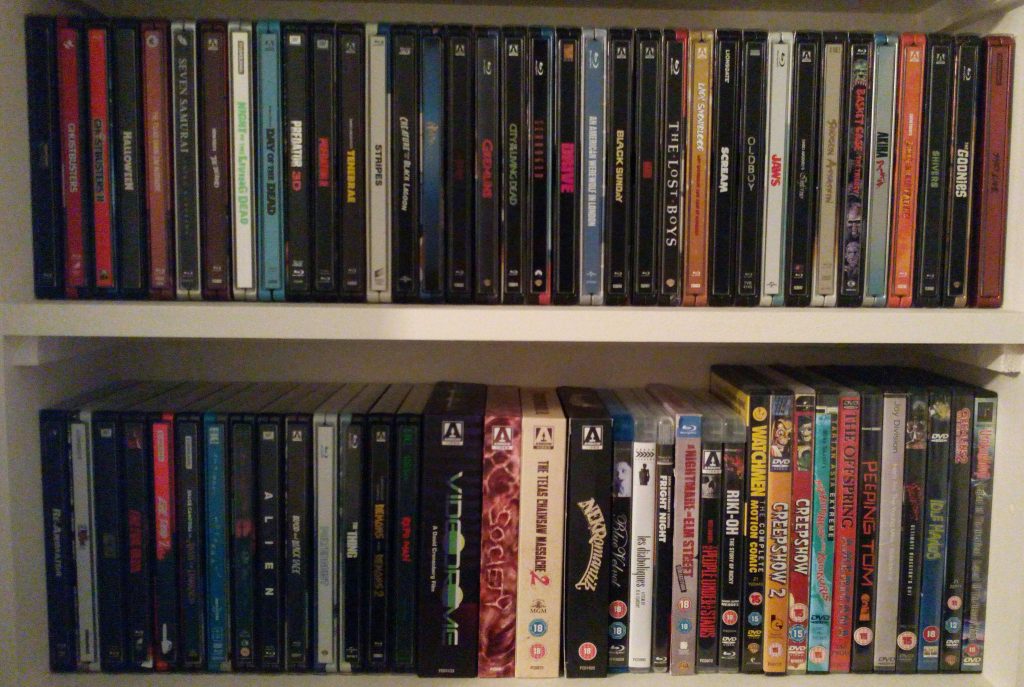