We’re back with a new installment of Meet The Collectors, and this time Vick Cruz, of Broken Chains Photography, is here to tell us all about his collection.

I am a fan of movies, even those where fans have epic gripes about. I do not care, movies are for escapism and that is what I enjoy about them. I have always collected since I could afford to start a movie collection. At first, coming from collecting DVD’s starting back in 2001 I believe. Then Blu-Rays came out, and now 4k. I always had a knack and was a sucker for the coolest packaging, special editions, artwork, Criterion Collections, etc. One day at a Best Buy here in the states, I saw my favourite movie of all time, Braveheart. I noticed that it had a steel case to it, little that I know that it was a steelbook at the time. Later on I discovered other titles like Transformers Dark of the Moon, and other assortments. I did not know the name of the packaging but I did discover it along the way. And let’s just say I have discovered my heroine at that time and the addiction that took over me by storm.

When it comes to favourite movie and favourite artwork are completely two different questions. My favourite movie on steelbook would have to be Blade Runner 2049. I am a sucker for home theater, and sound, and picture. Even though my television is not 4k (yet), I do have a Dolby Atmos system and that movie sounds superb. As for my favourite artwork will have to be The Avengers, The Lion King Diamond Edition, and King Arthur, Wonder Woman, Jennifer’s Body, and Master and Commander The Far Side of World.

This I can attest to, I do have quite a few movies that are panned by viewers. Me, however, I can enjoy a movie just for the entertainment value. I do not expect an Academy Award from every movie I see, especially from movies meant for kids or the teenager demographic. Case in point, Jennifer’s Body, I have never seen the movie, I can’t play it on my player because of region codes, but the artwork on the steelbook was sleek, it was sexy, so yes, I would do just because the artwork is sensational.

I am buying steelbooks just to get rid of my old blu-ray plastic cases. Steelbooks looks so much stylish on my media cabinets. So yes, even if the artwork is not my fancy, I will buy it just because.

Where do I begin? It is really a question of certain titles being re-released or more copies being made since I came in late to the collecting craze.

Schindler’s List
Friday the 13th (Michael Bay Production)
Far and Away
Apollo 13
Big Bang Theory (all seasons)
Behind Enemy Lines
Cloverfield
Dances with Wolves
Pearl Harbor (Director’s Cut)
Batman: Mask of the Phantasm
Popeye (1980)
Air Force One
Meet Joe Black
The Black Stallion
Blue Thunder (1983)
Jaws
Jaws 2
King Kong (1933)
Clash of the Titans 1981
King Kong (1976)
Gojira
All of Godzilla Hesei period
Disney titles that I do not have
Pretty much any title that I have in the cheap blu ray case. Which is less than 20 now.

I store it neatly, I have two matching cabinets that I have purchased over the past three years, and I am proud to say that I am in need of a third cabinet since I ran out of room on because I buy about 6-15 steelbooks a month.

As the new format for movies are announced, I tend to move towards the next format. First, it was DVD’s. Then Blu-Rays, then Steelbooks. 4K has come out, but I am happy that they are adopting the Steelbook packaging, I feel that it is partly because of aficionados like me on this forum. I am upgrading my blu-rays to 4k, however, I am not discarding my Steelbook packaging. I am taking the old Blu-Ray disc out and replacing it with the 4K disc. I spent way too much money on Steelbooks to just discard the cases. Same thing with region coded discs in Steelbook, I purchase a cheap blu-ray copy, and replace the region coded discs. The addiction is real.

I have my friends over for movie night every couple of weeks, and more than once they have had discussions on who gets what steelbook after I leave this earth. I do not know if I should feel humbled or disturbed by this. However, they have stated that I do have an steelbook substance abuse problem. They have also noticed that I have a couple of duplicate steelbook titles.

This is for a few reasons… I pre-order movies months in advance. I know that some titles become very popular and I know they sell out quickly. These pre-orders are announced before the artwork is announced. Depending on which market I am buying from, I may not know which market will release the cooler artwork with better features, such as extras, 4K, Atmos, etc. Given that I order from the U.S. Canada, U.K., France. Italy, Spain, Germany, and so on, some competing markets release a limited release edition which is cooler than the one I purchased in the U.S. for example (and let’s face it, most of the time the U.S. artwork titles are not as cool as foreign markets). So I purchase a title again, but I cannot bear to part with my original purchase.

Thanks to Vick for sharing, and if you’d like to be featured in a future article, please get in touch here. 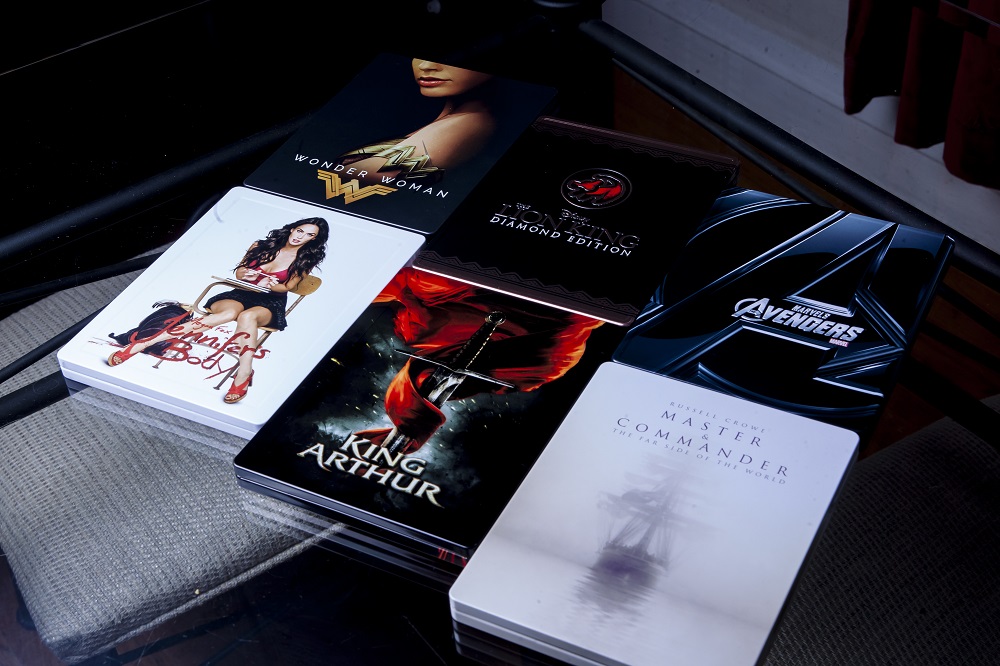 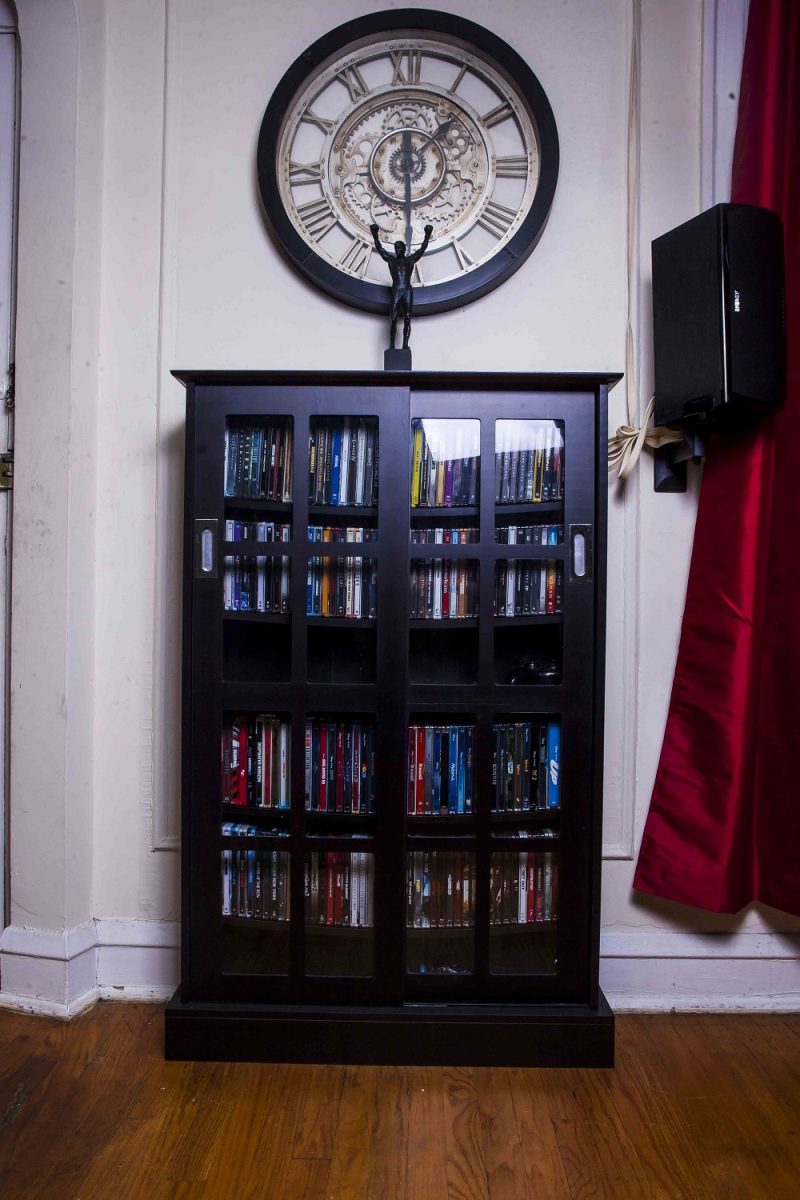 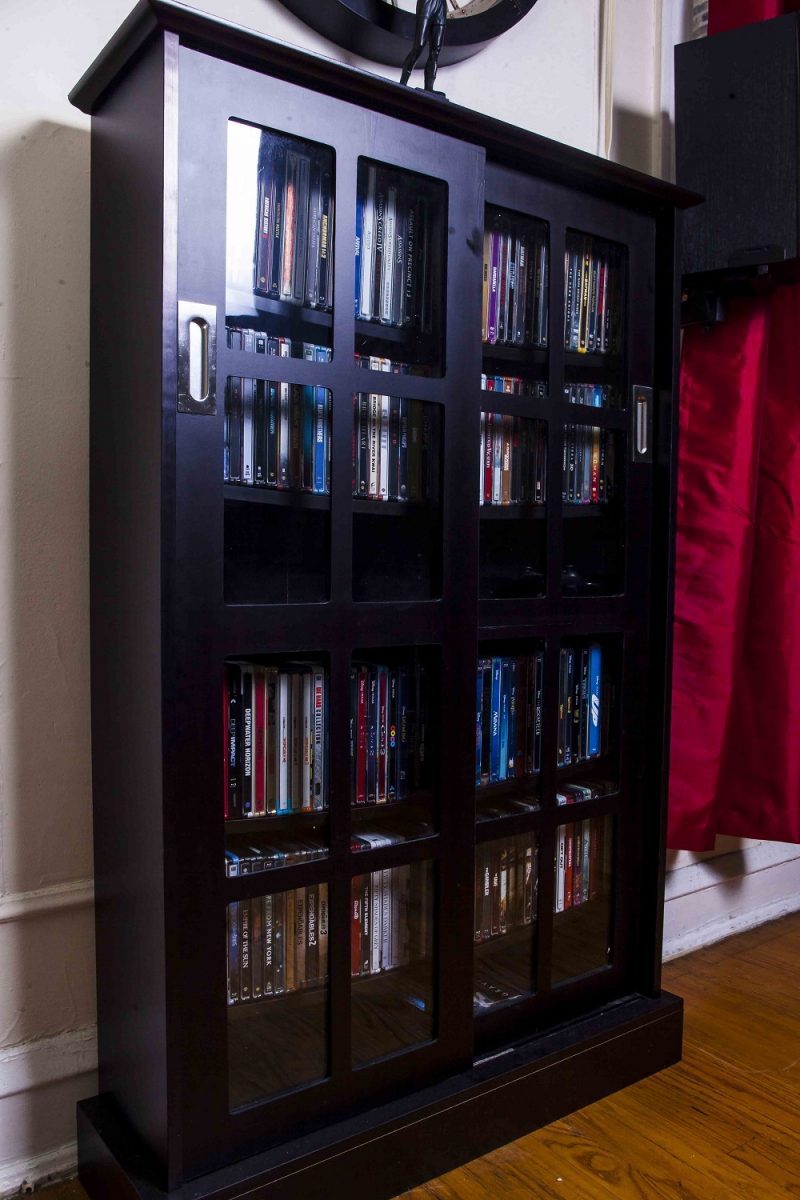 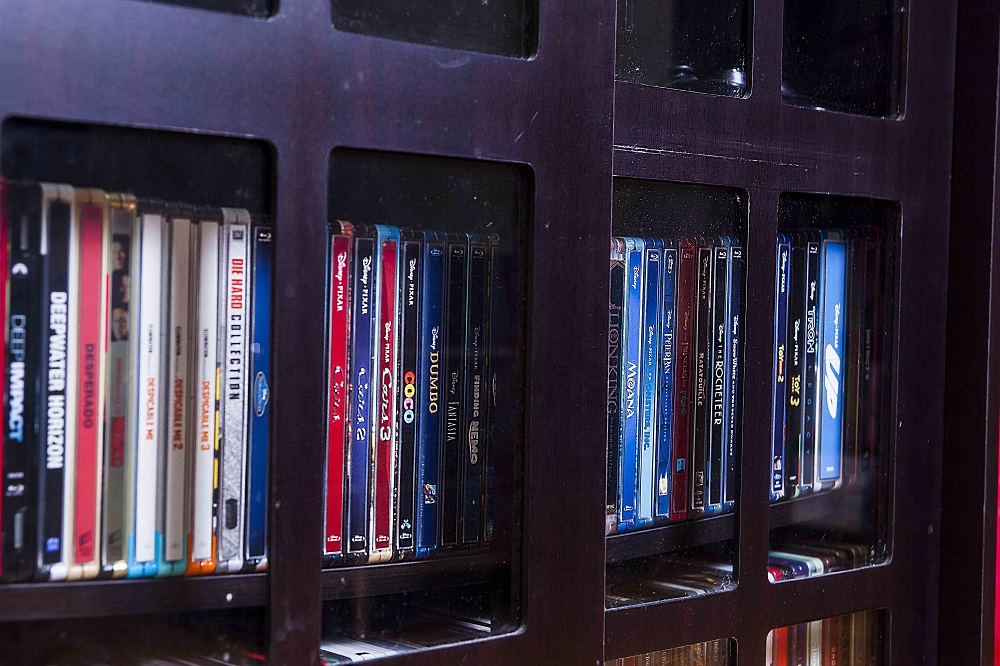 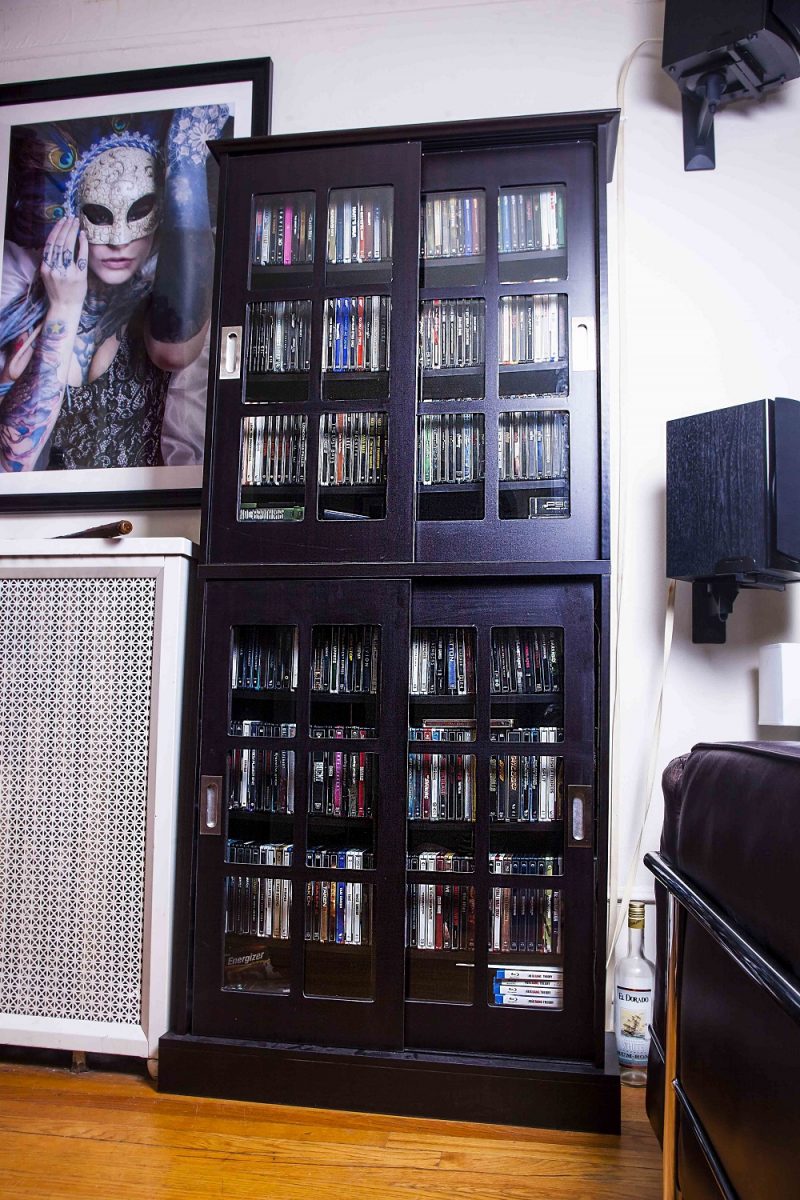 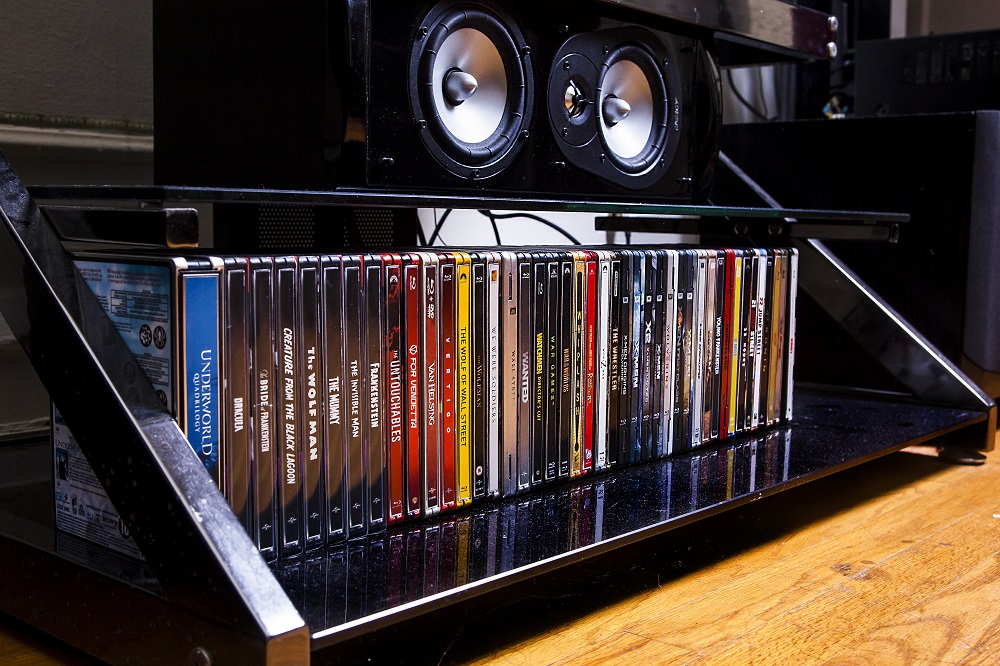