We’re rounding off our Saturday night with one more in our Meet The Collectors series.

This time Pete Falla tells us all about his history of movie – and steelbook – collecting.

How did you first get into Steelbook collecting, and what was your first purchase?

Growing up as a kid in Guernsey during the 80’s & early 90’s, Cinema options were poor (and still are!!), so home video was a big thing. I had a half decent collection of VHS tapes.

It wasn’t until I started work in 97 that movie watching & collecting got really serious for me. Now that I was earning, I was able to buy myself a brand new TV & a second hand Pioneer Laserdisc player from a mate and from there built up a collection of about 50 Laserdiscs. Through natural progression/evolution, in late 1998, I bought a multi-region DVD player direct from the US and started my DVD collection. Over the years coupled with a few hardware upgrades, I happily ticked along and built up a collection of at least 500 DVDs.

In 2009 I bought my first Blu-ray player and set about replacing my DVD collection. My first ever Blu-ray Steelbook purchase was Avatar, I cannot recall buying any DVD Steelbooks prior to Blu-Rays. I had no real depth of knowledge or real appreciation for Steelbooks at this point, To me it was a just a film I wanted in my collection on Blu-ray that happened to come in a steel case instead of an Amaray case, but after a little admiration for it, this was clearly the start, the seed had been sewn. A couple more followed and the appreciation really started to grow.

My first really considered Steelbook purchase, the one where I decided I was going to be a collector of the media was the now rare HMV edition of Drive in early 2012. From there I’ve never looked back, I began replacing my Amaray’s with Steelbooks editions if they were available and any purchases of films new to my collection had to be Steelbooks. Over 3 years on and stupid amounts of money later the last count was 540 Steelbooks.

Do you have a favourite Steelbook in your collection?

Tough question, I find it hard to single out one specific Steelbook, so I’m going with a collection.
And that is The Raid 1 & 2 Kimchi one click six pack. What more can you say about it? The artwork on the Steelbooks is first rate. I Love the gorgeous white, black & lenticular slipcases. Couple this with the postcards, books etc, the matching numbering and the case to house all six, what an all-round package. Well worth staying up till 3am on a school night to get the pre-order in!!

Other shout outs; Sucker Punch Comic – Con edition. Big Hero 6 the Novamedia Lenticular slipcase edition (believe it or not, I think it’s gorgeous). Then there’s the French edition of Inglorious Basterds. I just love the way the film’s title is debossed into the butt of the rifle on the front cover as if it was carved into it.
And also the GOTG Blu-Fans one click box set. I love the Walkman artwork on the other various releases. But I love Blu-Fans choice of artwork for this set. Finally and most recently the HD-Zeta Gold label set of Interstellar……stunning pack.

Would you ever buy a Steelbook just for the art, if you didn’t like the movie?

As a rule, I try (emphasis on the try) to only buy a Steelbook if I have already seen and liked the movie or, it’s a film that I have not seen that has good reviews and one I am pretty certain I will enjoy. However that rule doesn’t always work out & I’ve been burned a few times taking a chance on new unseen films; Pacific Rim, Fury & Gangster squad to name a few, terrible films in my opinion, and unfortunately part of my collection (for now).

However I am a sucker for good artwork, so yes I would. For example; Hansel & Gretel, Witch Hunters, Watched the film, shockingly bad!! However I could not resist buying the Japanese Steelbook, the artwork did something for me. The same thing applies to collections. For example the current Pop art series & Mondo X series, Putting aside the actual Steelbook, Do I really want all the films in my collection…..probably not, Do I want the Steelbook series in my collection, Yes.

Conversely, would you buy a Steelbook of a movie you love even if you hate the art?

If it’s what I consider a top film and there are multiple releases from varying distributors/countries, regardless of the artwork, I’ll be buying it. Most recent example would be the latest Zavvi releases of Face/Off and T2 Judgement day. Literally zero effort put into the artwork on either of those. But I insist on owning as many differing Steelbook editions of all my favourite films so what will be will be!!

What movie that doesn’t currently have a Steelbook really deserves one?

The list is endless:
Number one wish is the greatest western ever made, Once Upon A Time In The West – There is a German one available, however the front title is in German, I really want an English text release.

Others; The Running Man, Monster Squad, Hamburger Hill, Armour of God, Hard Boiled, Candyman and more recently The ABC’s of Death & Turbo Kid, I could go on!!

I’d also like to see a few films that already have Steelbooks released given the treatment by the likes of Novamedia, Kimchi, FilmArena, Blu-Fans or HD Zeta. Films such as Inception (my all time fav), Akira, The Mist, Event Horizon, The Big Lebowski, Fight club, An American Werewolf in London, 2001 & Blade Runner.

Proudly on display in a unit in the lounge. Problem is I am rapidly running out of room to display them all spines visible!! I am literally three Steelbooks away from being from full. I am seriously in need of a new storage solution. May have to look at a new unit in my bedroom and begin relegating some of the existing collection out of the lounge. That is going to be a painful experience!!!! Sad face.

No, Steelbooks are my number one passion and a heavy enough burden on my wallet!!

I live with my brother and my 19 year old son; both of them are massive film fans too so they think it’s an impressive collection. My addiction has rubbed off on them for certain cherished films. They are always keen to see the opening/unveiling of each new package that arrives! The rest of my family do not really have much of an opinion, but they are happy that I have a vested interest in something.

My friends & work colleagues are impressed by the collection but they do think I am a little mental. Firstly because of the amount of money I have been known to lay out on some of the rarer ones on Ebay if I missed the direct sale with the supplier. Secondly because I buy all of the varying sized protective plastic slipcovers. They clearly have no understanding of protecting your passion and investment!!!

Finally, because of my insistence on buying multiple editions of my favourite films. For them, owning 6 different copies of Inception and Drive is nuts. For me, it’s about having the different editions for their differing artwork. As with many people in the modern world, they are more into streaming. Don’t get me wrong, I too have Netflix, Amazon Prime and Sky Movies etc. But you cannot beat owning the physical material item. 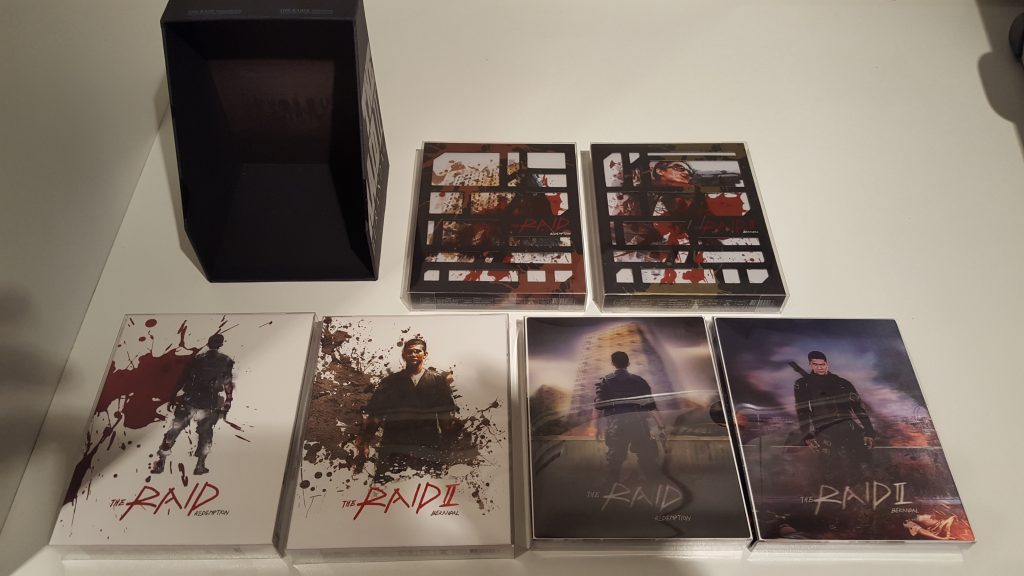 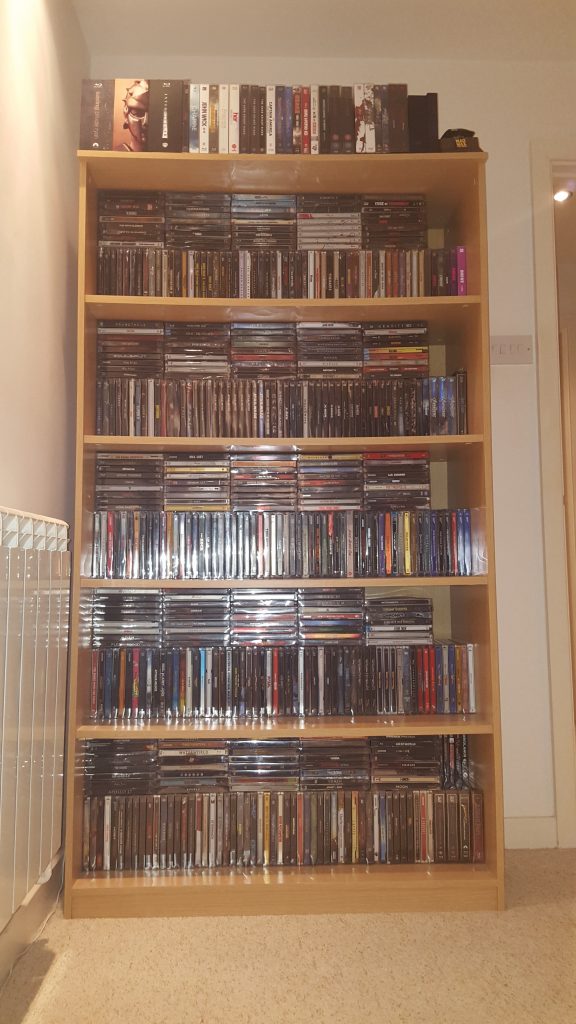