After a series of murders bearing all the markings of the Jigsaw killer, law enforcement officials find themselves chasing the ghost of a man who has been dead for over a decade, and they become embroiled in a new game that’s only just begun. Is John Kramer back from the dead to remind the world to be grateful for the gift of life? Or is this a trap set by a killer with designs of his own?

10 years after the death of John Kramer (aka Jigsaw), a new game has begun, with its victims turning up very publicly. With press speculation running wild, the pressure is on for the police to crack the case, and it’s down to Detectives Halloran (Callum Keith Rennie) and Hunt (Cle Bennet) to crack the case, with help from pathologists Nelson (Matt Passmore) and Bonneville (Hannah Emily Anderson).

Under the directing team of brothers Michael and Peter Spierig (Undead, the excellent Daybreakers and Predestination, and this year’s Winchester), Jigsaw represents a definite change of pace and style for the series. While we obviously get to the see the often VERY bloody results of Jigsaw’s games, the film plays out far more like a slick police procedural thriller than a straight-out grimy horror. You shouldn’t let that put you off though, as you’re never more than a few minutes away from a severed body part or two.

So, given that Jigsaw died at the end of Saw III, and seemingly all of the flashback/copycat killer options had been thoroughly explored by the time the series drew to an apparent close with Saw VII, does this film manage to adequately explain the presence of the villain 10 years after his death?

Than answer, thankfully, is JUST, but to be honest, it’s always a pleasure seeing Tobin Bell in this role, so I’ll happily accept any excuse they give. Writers Pete Goldfinger and Josh Stolberg give some of the victims a much more personal connection to Jigsaw than we’ve often seen before. Some plot elements are under-developed, especially one character’s link to an the online community/cult obsessed with Jigsaw’s games. Should the series continue, we’ll hopefully see that explored a bit more.

Ultimately, given that, following a pretty satisfying conclusion to the story in Saw VII, this is a sequel that no-one was clamouring for, Jigsaw works well as both a continuation of the previous story and a decent launch pad for a potential new series. Fans of the series will find plenty to enjoy, while, if you’re not a fan, nothing here will change your mind.

Jigsaw arrives on Blu-ray with a fantastic looking transfer. There’s a quite a wide colour palette in the movie, ranging from bright, outdoor scenes – a rarity for this franchise – to the more usual dark and grungy tones. The whole range is accurately reproduced, and the film looks very handsome indeed.

This entry in the franchise is the first (and, so far, only) to get a 4K UHD release. While the film was shot in 2.8K, with a 2K digital intermediate for post-production, the upscaled image does show a reasonable amount of extra detail over the Blu-ray. Where the 4K disc really shines, though, is HDR, which does a great job of keeping the details in the lightest highlights and darkest shadows that otherwise might be lost on Blu-ray, while colours overall have more ‘punch’.

Both discs are very impressive, so you’ll be happy whichever you choose.

The Saw movies have never been known for subtlety when it comes to audio, and this one is no different. Dialogue (well, mainly shouting, swearing and screaming) is always clear, while directional and atmospheric effects fire from all directions, while the whole thing is underpinned by another rousing Charlie Clouser score.

We get a nice selection of extras with this release, and, in a pleasant change, in this case they are also on the 4K disc (though in HD, not 4K), rather than just on the Blu-ray.

First up we get a Producers’ commentary with series veterans Gregg Hoffman, Oren Koules, and Mark Burg. While it would have been nice to hear from the Spierig brothers, this trio are obviously extremely well placed to talk us through the film, with plenty of background info and anecdotes along the way.

Next is “I Speak For The Dead: The Legacy of Jigsaw”, a far better than expected look at the making of the film, lasting approx. 80 minutes. While I would have liked a retrospective look at the whole series as a part of this doc, what we do get is a thorough look at the development and production of Jigsaw, with contributions from all the major players involved. The writers are especially open about the challenges they faced crafting a new story after the last movie wrapped everything up pretty neatly. Substantial documentaries and features seem to be on the way out on many recent releases (boutique labels aside), so this one is a welcome treat.

Last up is a short piece (7 minutes or so) exploring the props of the film, and in particular the challenge of re-creating many of the ‘classic’ pieces from earlier films, after the originals had been sold off or were otherwise not available.

So, overall a small but high quality selection of extras, and getting them on the 4K disc as well is a nice surprise.

Also available is a full 8 movie box set, which includes all of the films and their respective existing extra features. 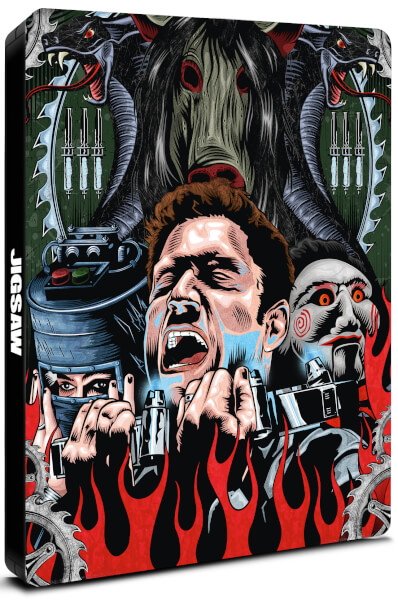 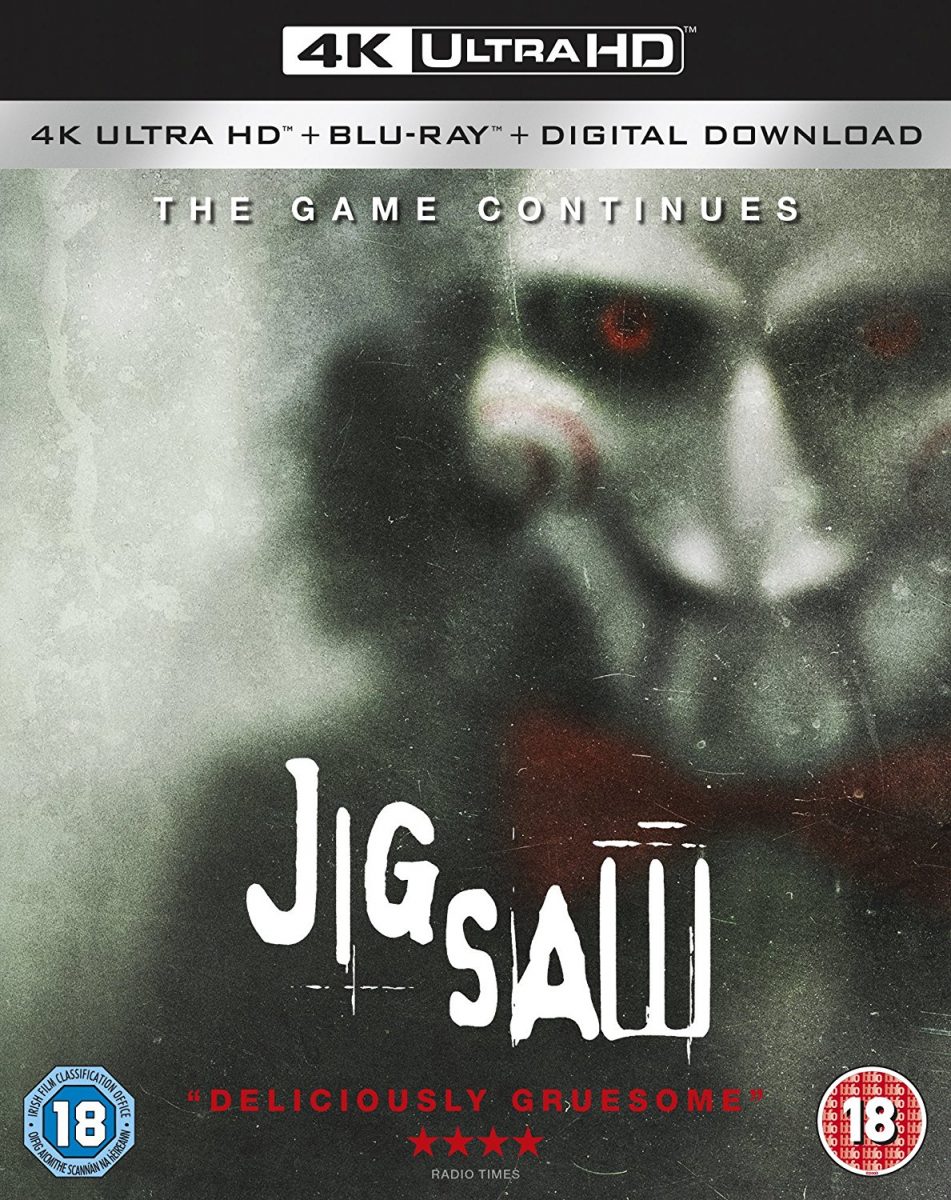 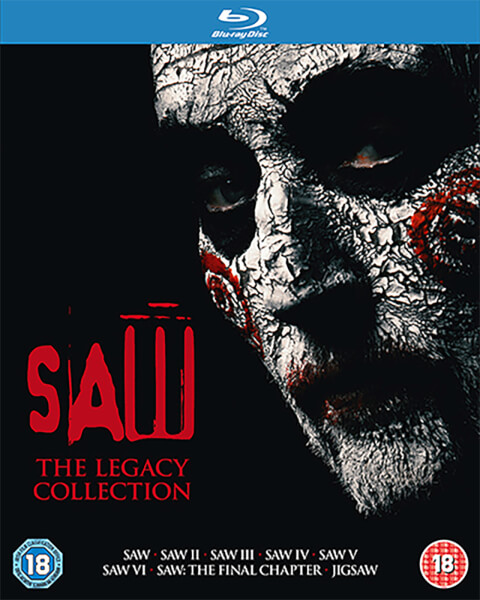