Film
There’s really not much new that can be said about Toy Story.

The first feature-length computer animated film, Toy Story launched Pixar to instant global recognition, setting the standard to which all others would be compared to this day. Even the animation power house – and eventual Pixar owners – Disney struggled until quite recently to match the quality of their output.

Toy Story really did get everything right. The perfectly chosen cast is spot on, the concept is simply but very smart and relatable, while the animation still holds up today, despite advances in technology.

If you haven’t seen Toy Story, then where on Earth have you been? And if you’ve seen it and didn’t like it, what’s wrong with you?

Video and Audio
This release includes a 3D version of the film, but the review will focus on the original 2D.

It goes without saying the transfer here is pristine, with huge amounts of detail on show, and the bright colours bursting off the screen.
While the film is over 20 years, its origins in the digital realm mean there’s very little to give away its age. While the animation itself may be less sophisticated than more recent releases, in terms of image quality this could have been made yesterday.

The soundtrack is equally impressive, with great use made of the multiple audio channels.

Precisely placed directional effects are in abundance, while the music and ambient effects fill out the soundstage nicely. Dialog is nice and clear, while your subwoofer will get a good workout at times as well.

Next up are a LOAD of featurettes. While most of these pieces are quite short, they add up to well over 2 hours, starting with a sneak peak for Toy Story, along with about 80 mins of featurettes, which include some very nice reflections and discussions of the legacy of the film.

Next is a selection of deleted scenes, which total 17 minutes or so, then design galleries for various characters and locations.

Then, yet more featurettes focus on the story, production, music and sound, and publicity.

All in all, this is a great selection of extra features, and well worth diving into.

Packaging
Of course we’re here to talk about this new steelbook release, and I’m happy to say it doesn’t disappoint.

First up, the all-important lenticular magnet fits snuggly into the debossed panel of the front of the box, and thankfully its artwork lines up perfectly with that on steelbook.

And as for the steelbook itself, it’s a beauty. The choice of front and rear artwork is great, with bold colours and a nice smooth finish.

My personal preference is for minimal embossing/debossing, and no varnish, so for me this release really does fit the bill.

The film itself is, of course, a classic, and should be in any collection. This was the one that started it all for Pixar, and has easily stood the test of time.

There are some really good extra features included, while the technical presentation is top notch, as you’d expect. 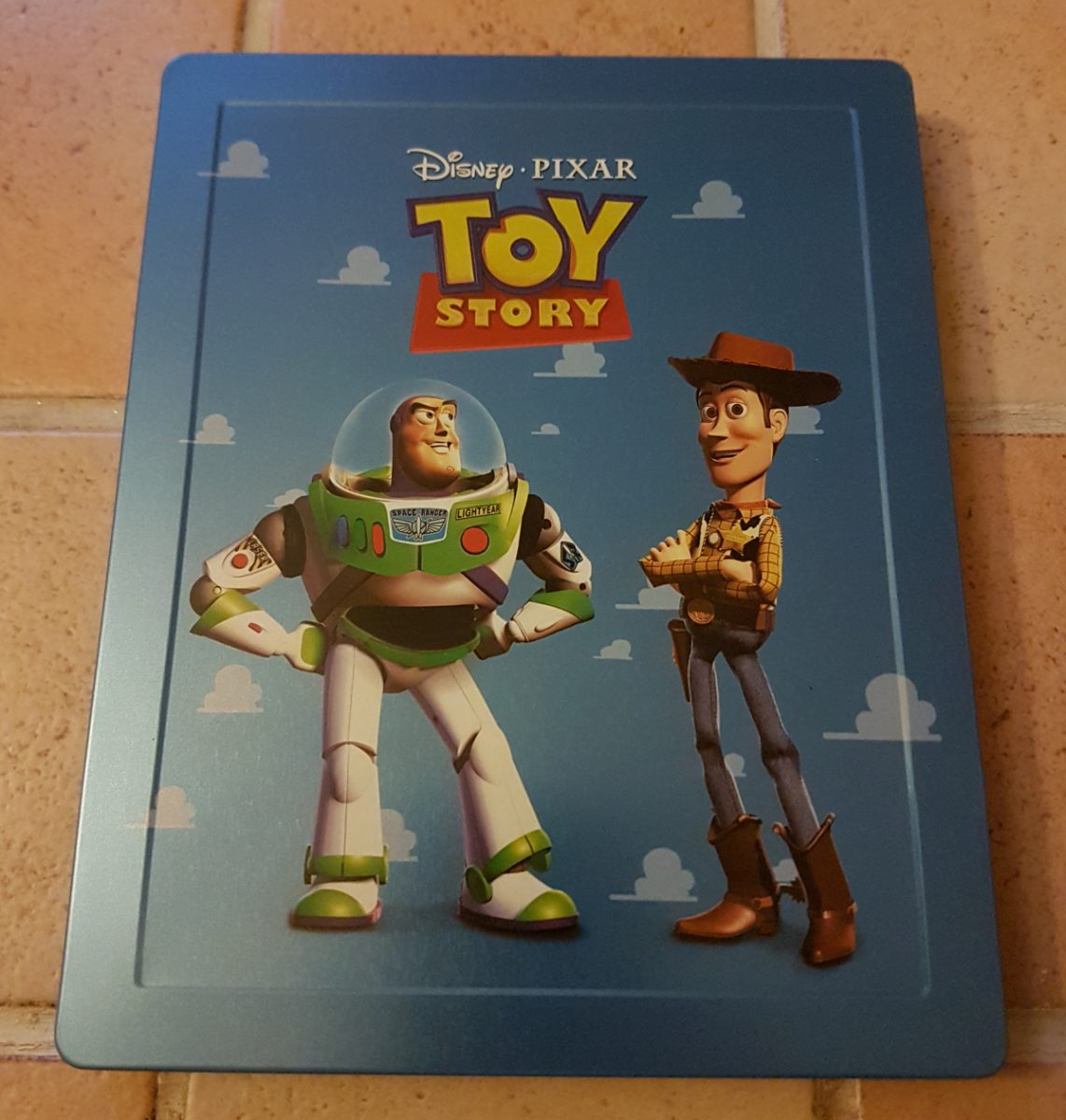 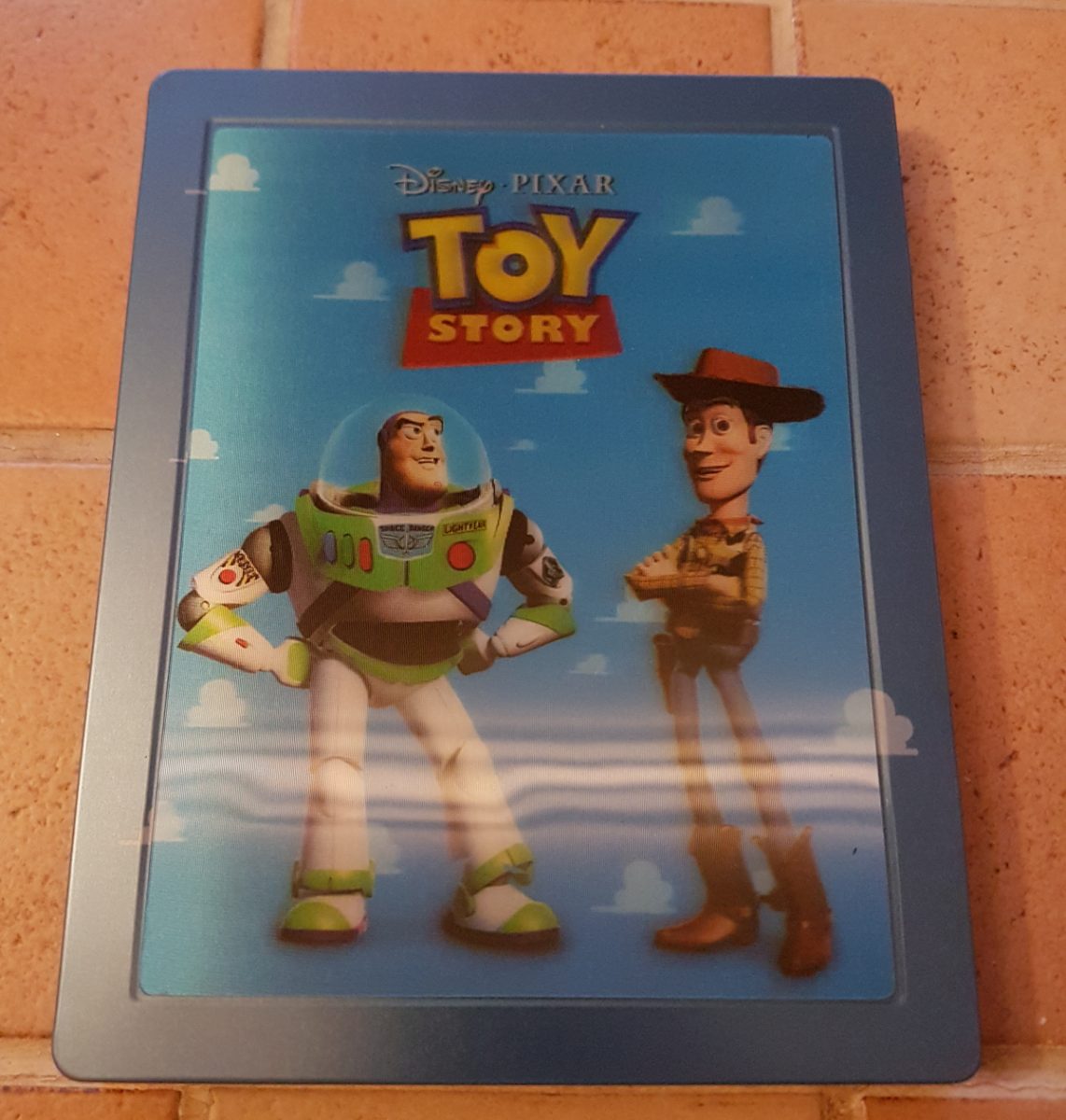 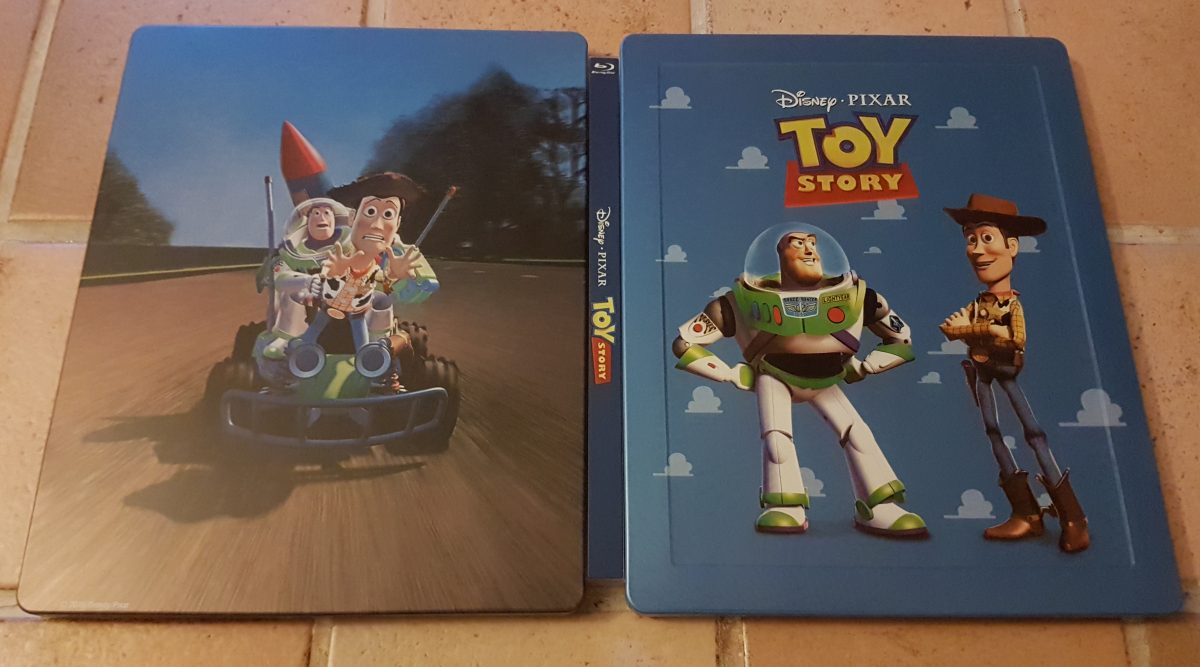 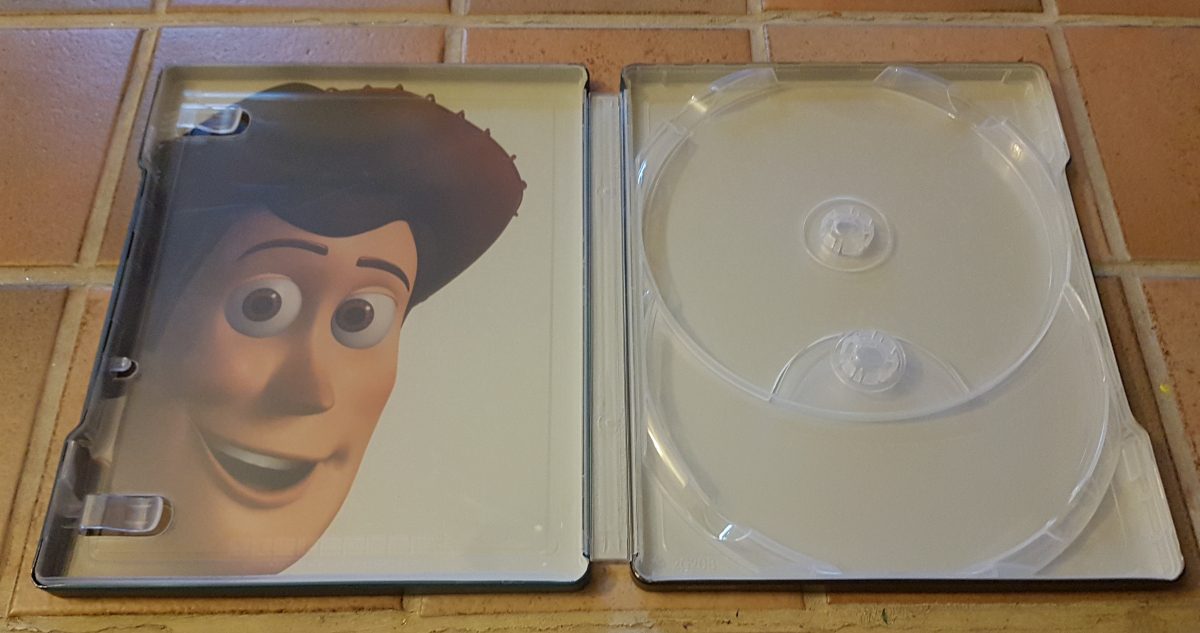