Film
When Katie and Micah’s life in their new home is disturbed by a series of strange events – possibly related to trauma that has followed Katie since childhood – they set out to try and capture evidence of a potential haunting.

Ignoring the advice of a local psychic to contact a specialist is demonology, Micah sets out record everything on video tape, including overnight while they sleep. As events unfold, and disturbances escalate from strange noises and bumps in the night, to full on physical attacks on Katie, it’s clear that whatever’s happening, it’s not just a figment of their imaginations.

Filmed in director Orin Peli’s home, improvised by its cast tiny led by Katie Featherstone and Micah Sloat, and with a production budget of just $15,000, Paranormal Activity was a festival smash at Screamfest in 2007. Further festival screenings and word of mouth buzz followed, eventually leading to a purchase by Paramount, who originally intended to simply remake the film. However, they were persuaded to release the original film in 2009 – albeit with some additional post-production and editorial tweaks – to huge box office success, making almost $200,000,000 worldwide, and spawning a series of prequels and sequels.

1999’s similarly low budget, word of mouth smash The Blair Witch Project, while not the first of its kind, was many viewers’ introduction to the format, and many more – of wildly varying quality – soon followed.

By the time of Paranormal Activity’s eventual release in 2009, the “found footage” horror genre was growing stale, but, while hardly groundbreaking, the film works extremely well.

By pairing the format to its bare minimum, making great use of its single location, with natural, convincing performances, and building a slowly increasing sense of dread, Peli ensures that when the shit eventually hits the fan, it’s all the more effective.

Video
Due to the nature of its production, it’s important to keep your expectations in check with this transfer, but, as with Second Sight’s previous of ‘found footage’-style releases Host and Lake Mungo, while what we get may not be demo quality, it’s definitely an accurate presentation of the source material.

There’s plenty of detail during the daylight, well-lit scenes, while colours remain natural.

The darker scenes are a bit more lacking in detail, as more digital noise is on show. There’s a marked lack of find detail in shadow, though that has the effect of upping the tension, as you try to work out whether or not you saw something move in the corner of the screen.

So, not a perfect video presentation, but certainly an accurate one.

Audio
The audio track we get here is a fine DTS-HD 5.1 mix.

To be honest, there’s not much to say here – dialog is nice and clear – essential for a film like this – and while there’s not a huge amount of directional effects, there’s a very effective low end rumble that comes and goed throughout, adding to the sense of foreboding.

All in all, it does the job perfectly.

Extras
This new release of Paranormal Activity comes to us from the folks at Second Sight, and, as usual, it comes packed with a great selection of extras.

First we get a legacy audio commentary track from Oren Peli, recorded in 2010. As you’d expect, this covers a ton of ground, from the movie’s conception, casting, writing, filming and so on. If you’re unfamiliar with the details of how the film came to be, this definitely a great place to start.

Next the new audio commentary from Mary Beth McAndrews and Terry Mesnard, hosts of the brilliant Scarred For Life horror podcast is great fun. There’s a fair bit of trivia here, and they help place provide some context for the film within the ‘found footage’ genre, while keeping things light and breezy.

Next up is a set of newly produced interviews running almost 2 hours, and starting with Oren Peli, who talks about the making of the film. While there’s obviously some repetition of info from his audio commentary, but this piece does benefit from the passage of time, away from the initial hype and flood of sequels, and is well worth a watch.

Then we get a pair of new interviews with stars Katie Featherstone and Micah Sloat, who talk in more details about the improvised, collaborative casting and screen-testing process, and how that fed into the development of their characters and performances.

The final interview is a very interesting new chat with Ashley Palmer, who appears briefly in the film as Diane, and earlier victim of possession. Palmer, who already had a some screen and stage appearances under her belt, originally unsuccessfully auditioned for the female lead role. She was later contacted by Peli after the end of principle photography, who asked her to play new character Diane in a sequence that was being added to the film. While her role was ultimately reduced following further editing that took place before release, it’s clear she still has fond memories of the time, and of the part she played in such a smash hit.

Next, we get a pair of alternate endings from the various edits of the film that were screened between its initial completion in 2007 and its eventual release in 2009. These are a both interesting to see, but whether either are better than the final ending will be down to personal preference.

Finishing things off on the disc are a deleted scene, trailer and two TV spots.

Packaging
Of course, this being a Second Sight release, the goodies don’t stop with the disc.

Once again, we get a high quality rigid slipcase, this one featuring new are by James Neal.

Summary
Second Sight are back with another superb Collectors Edition release of a great genre movie.

Once again, a fine transfer is complemented by a set of insightful, newly produced extras, all topped off by the usual high quality packaging presentation.

It feels like stuck record time again, but this is another easy recommendation. 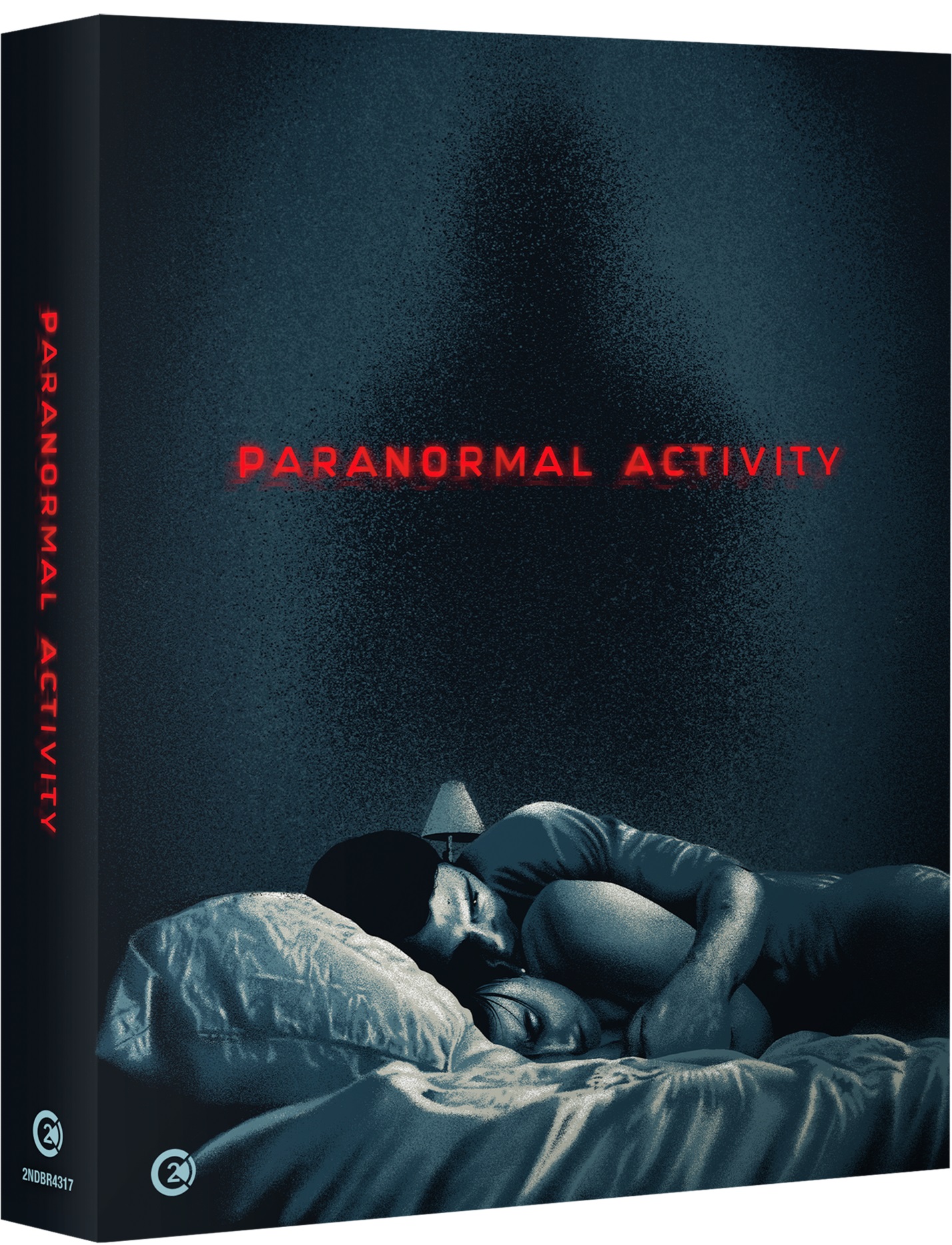 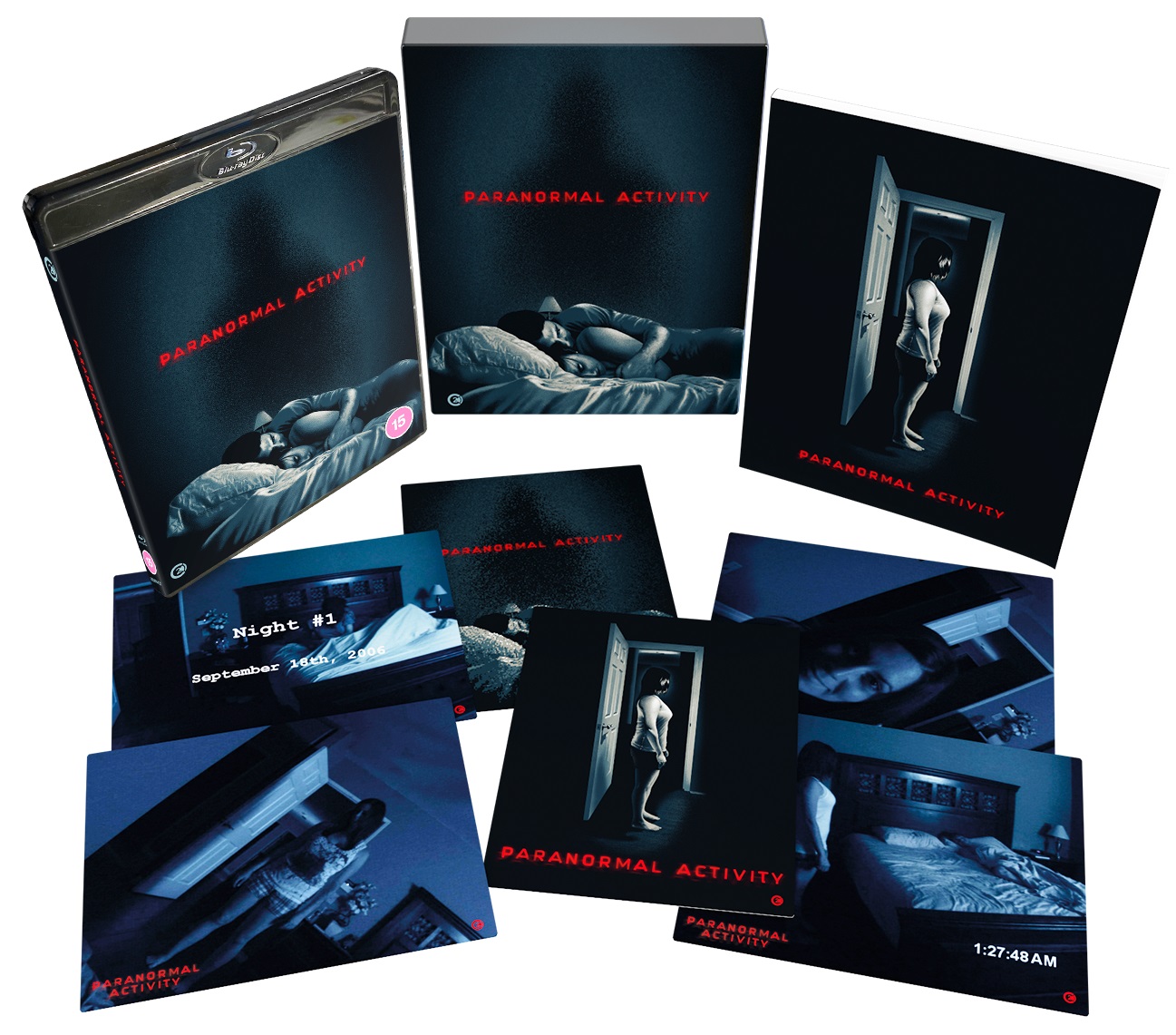