Titans of Cult are back with Ready Player One, the latest in their series of collectors edition 4K steelbook releases. They’ve not set a foot wrong so far, so expectations for this one are high.

This release is available to order right now from WB Store, where new customers can get 10% off their first orders, and thanks to the kind folks there, we were able to get an early look, so let’s dive in…

Film
Stephen Spielberg’s screen adaptation of Ernest Cline’s bestselling novel Ready Player One does not start very promisingly, with a huge info dump, courtesy of a voiceover from main character Wade Watts (Tye Sheridan), bringing us quickly up to speed with the world we’re about to enter…

In 2045, the virtual game world of The OASIS is peoples’ escape from the drudgery and poverty of their real lives. The creator of The OASIS, James Halliday (Mark Rylance), is long dead, but as a pop-culture obsessed, mischievous geek to the very end, he left behind three keys hidden throughout the world. Now the hunt is on, as players battle to find all three keys, and gain the ultimate prize – ownership and control of The OASIS, as well as Halliday’s fortune – a tasty half a trillion dollars.

As well as amateur players like Wade (in-game avatar name Parzival), his friend Aech, and rival-cum-ally Art3mis, the games are also played by employees of IOI, a corporation run by Halliday’s former employee Nolan Sorrento (Ben Mendelsohn) who wants The OASIS for his own money-making schemes.

Thankfully, once that’s all out of the way, the story kicks into high gear – quite literally – with a stunning race sequence through a virtual city scape filled with movie icons and booby traps. Within just a couple of minutes, we’re treated to references to Back to The Future, Christine, Jurassic Park, King Kong, Last Action Hero, Akira, and so many more that it’ll take multiple viewings to catch them all.

Things do sag a little in the middle, as the story focuses on events in both the virtual and real worlds, Spielberg keeps things moving along nicely, and the journey through Halliday’s creation is always entertaining, as the hunt for the keys takes us via The Iron Giant, Robocop, The Shining, Halo, Batman, and many more. So many more.

Spielberg once again shows a mastery of visual effects, using them in service of the story, rather than just for sheer spectacle (though they ARE spectacular), although it’s not his best film by quite some measure. Let’s be honest though, his own filmography provides some very stiff competition, and even on a bad day he can still show most other directors how it’s done. And, to be fair, given that he has been a huge influence on – if not directly responsible for – much of the pop culture of the last 40+ years, there’s really no-one more qualified to be behind the camera.

Video
This 2-disc release includes the movie on 4K and Blu-ray discs.

On the whole, the 4K presentation is very nice indeed. Ready Player One was shot in with a mix of 35mm film, for the real world scenes, and digital, for the Oasis scenes. Finished as a 2K DI, the film has therefore been upscaled for 4K.

While not up to native 4K standards, detail levels are very impressive, although the real world scenes are a little softer looking, no doubt by design in order to better contrast with the Oasis. Once inside the games though, things sharpen up quite a bit, with the extra detail especially noticeable during close-ups on the characters’ game avatars.

The contrasting different looks for the two worlds are handled well. The real world scenes have a more subdued colour pallete, with a nice level of grain, while the scenes inside the game world are much punchier in terms of colour thanks to strong, but not over-the-top, use of HDR.

The HDR also helps with the contrast levels in both ‘worlds’, with inky deep blacks and punchy highlights that never lose detail and add a nice sense of depth to the image.

Audio
The Dolby Atmos mix included here is very good indeed, with great clarity and some excellent use of directional effects, with vehicles, characters, debris, game bleeps and bloops, and more flying round the room and filling the soundstage.

Dialog is always nice and clear, which is impressive considering how busy the mix gets at times, while the low end bass is precise and punchy, though not quite as gutsy as I would have preferred – there’s nothing here that will get the neighbours complaining.

Extras
As is often the case with 4K releases, extras are confined to the Blu-ray disc, and in this case we get nearly 2 hours’ worth, spread over six featurettes of varying quality and depth.

There’s plenty of ground covered here, from the inspiration behind the original story and adapting it for the big screen, pre-production, performance capture, VFX, sound design and so on. The behind the scenes footage is fascinating, and there’s plenty of input from the FX crew. Some of the featurettes get a bit back-slappy, but on the whole they’re all well worth a watch.

One personal bug-bear of mine rears its head again – the featurette on the film’s very impressive sound design isn’t presented with 5.1 or Atmos audio. If you’re talking about how important sound is to a film, showing how the mix is created, and so on, then at least let’s hear it how’s mean to be heard.

As usual with Spielberg movies there’s no director’s commentary, but a technical crew one would have been nice.

Those quibbles aside, in an age where we get fewer and fewer in-depth featurettes on our discs, what’s included here isn’t bad.

Packaging
Ready Player One is the latest entry in the Titans of Cult series, so based on past experience we should be in for something special.

Once again the movie comes in a Steelbook case, featuring new, exclusive artwork. This one is a real beauty, with an intricate ‘easter egg’ design, highlighted in bold neon colours with a nice metallic finish. This is another stunner from the team at Titans of Cult.

Also included is the usual metallic pin badge, this time modelled after the designs of the three keys at the centre of the film’s plot. Once again the build quality is top notch, and the intricate design is captured perfectly.

Next, we get a poster for the film. As with the poster included in the Wonder Woman Titans of Cult edition, the artwork is nice, though again it’s a shame about the unavoidable creases. This time though, the poster has a trick up its sleeve, with a very nice glow in the dark feature. The effect is very impressive in a pitch black room, and you can see a genuine photo of it below. The thought of another poster didn’t originally fill me with joy, I was pleasantly surprised how well this extra turned out.

Finally, we get the usual clear plastic slipcase, with cleverly positioned artwork giving us a look at the contents, while keeping them all safe and secure.
This is another great Titans of Cult edition, which is hardly a surprise given their track record so far. 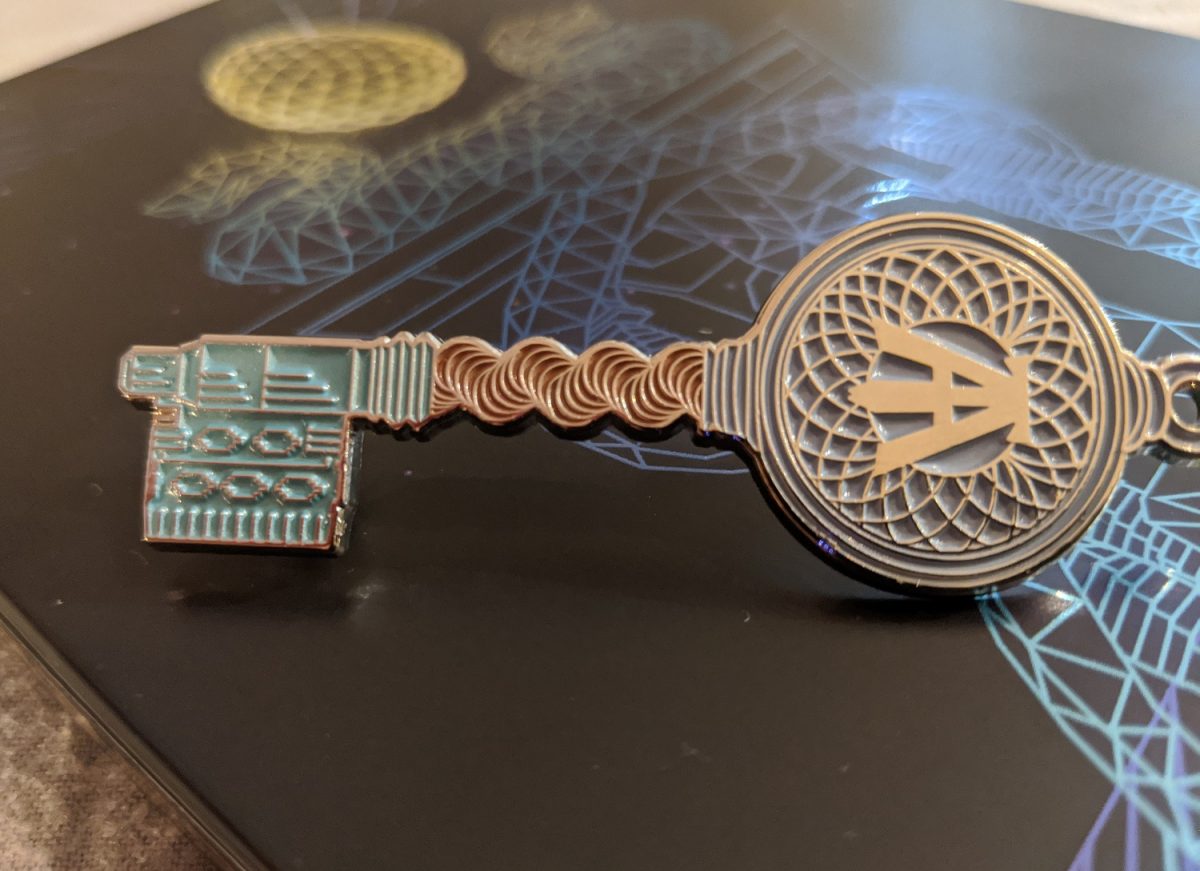 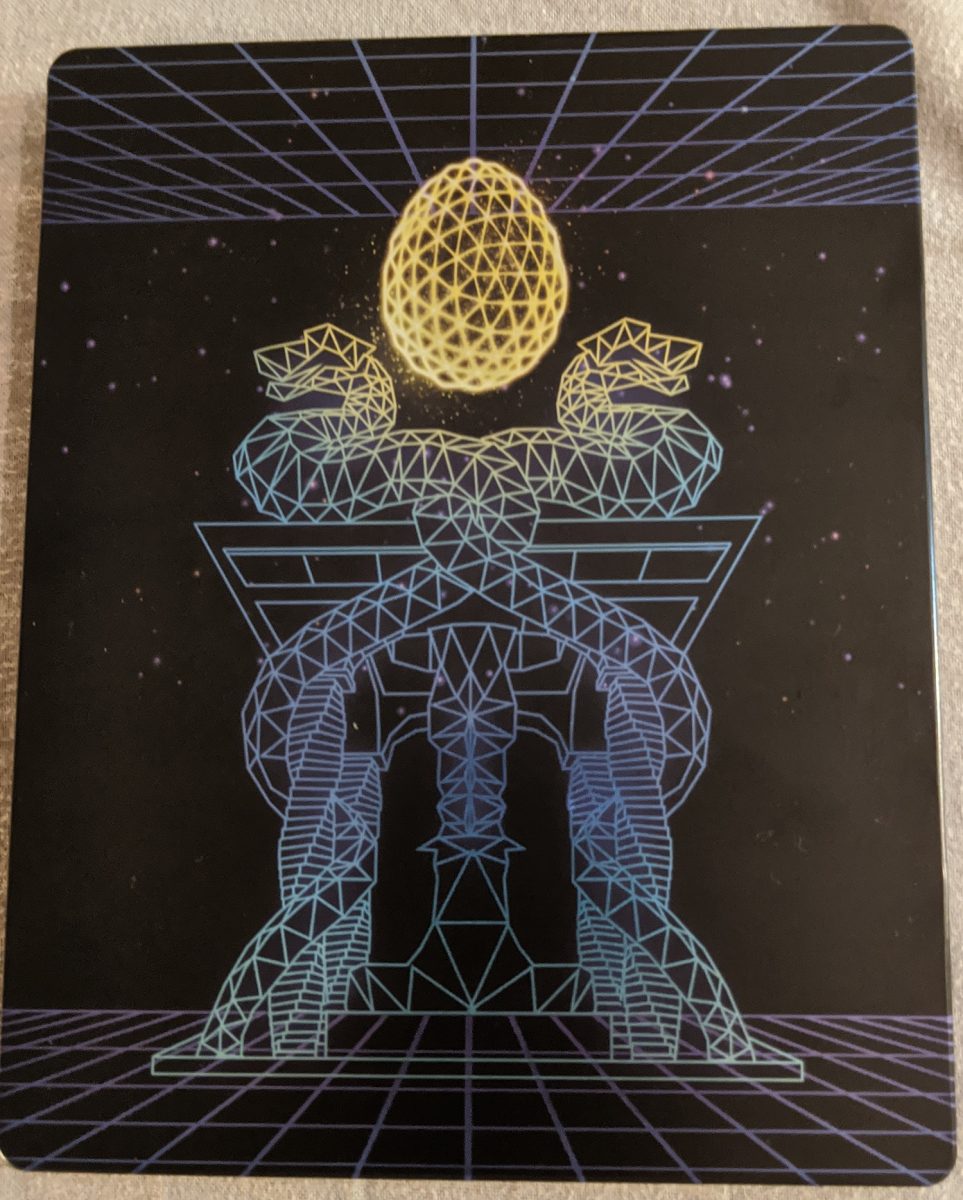 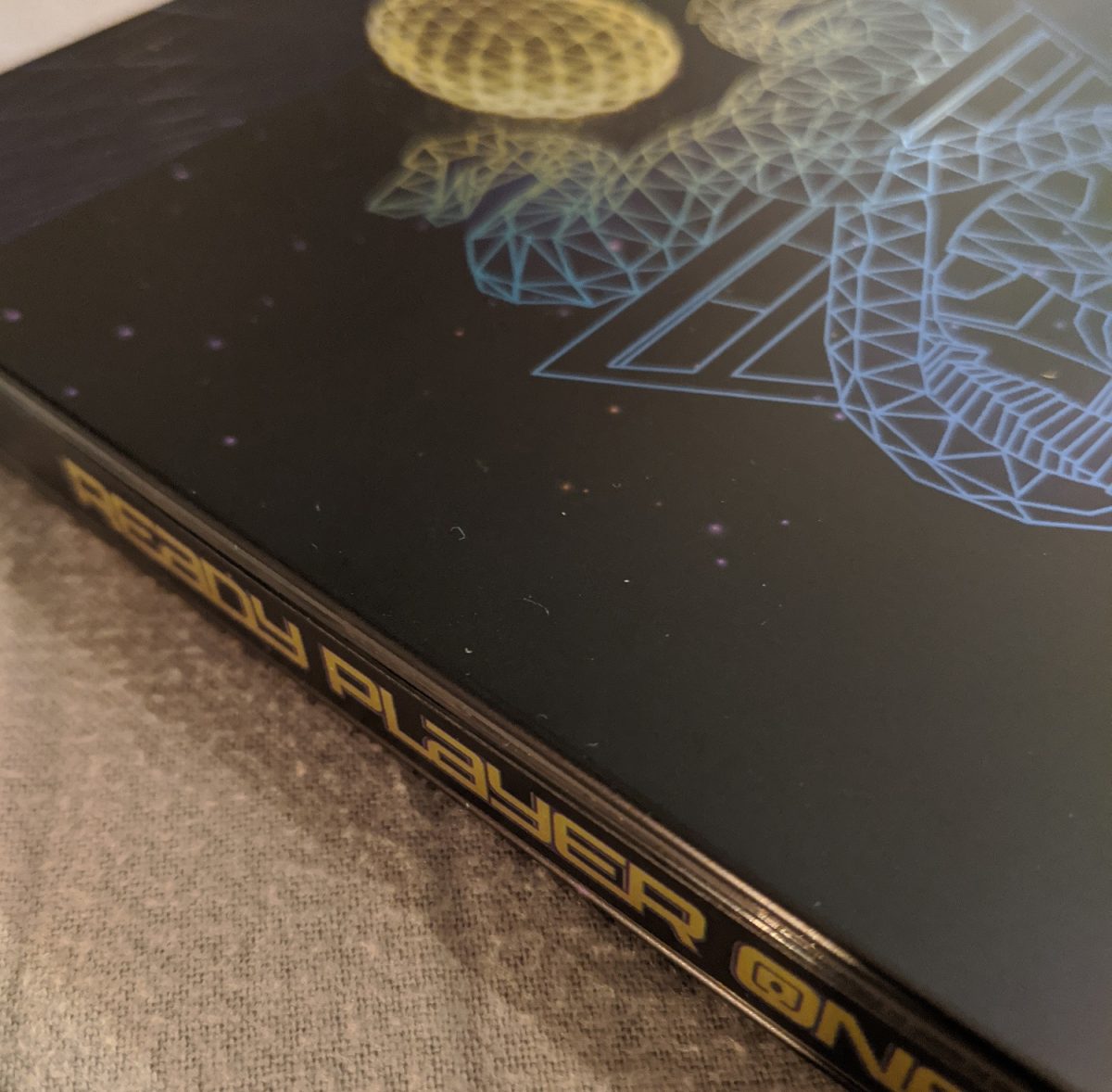 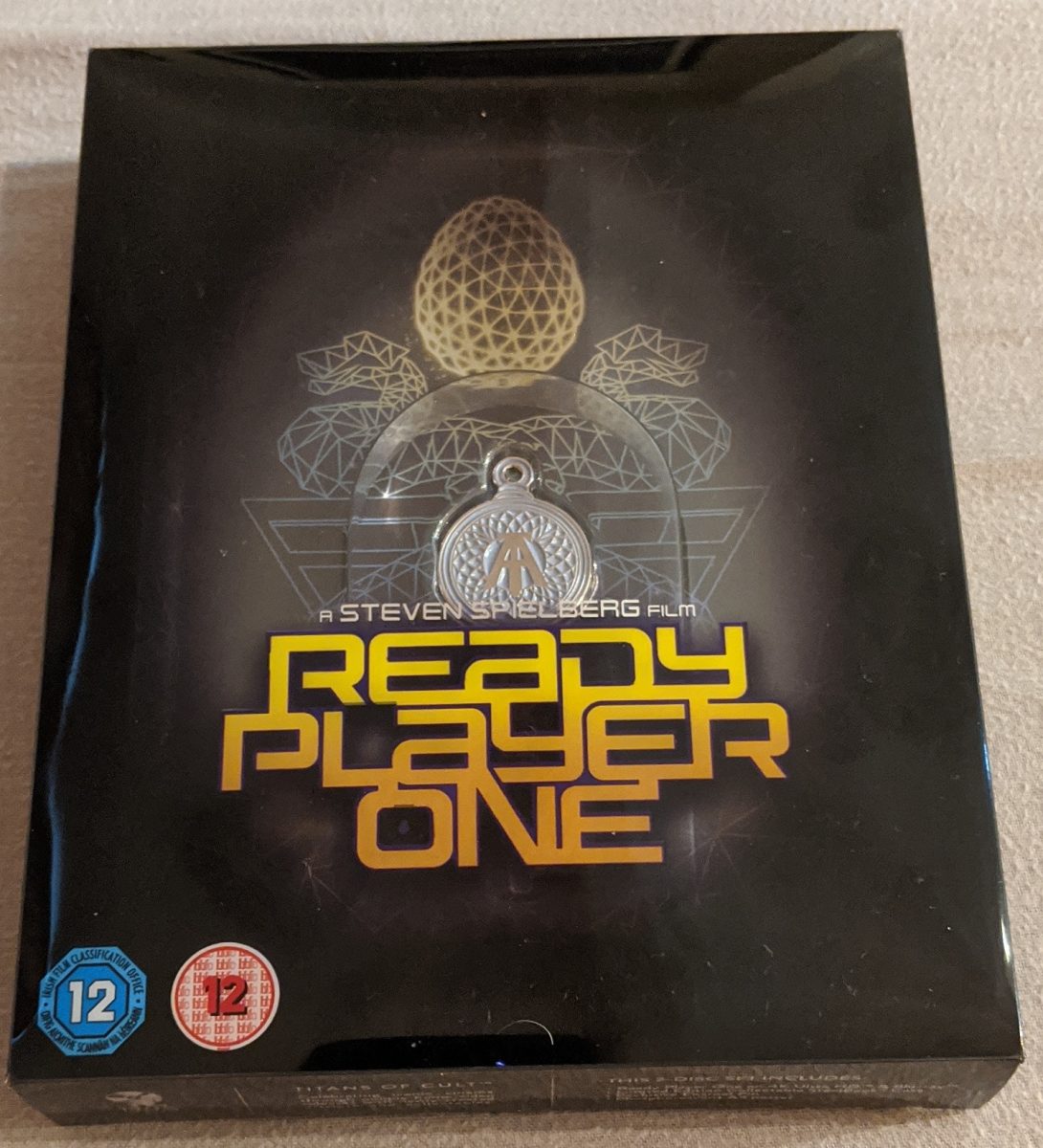 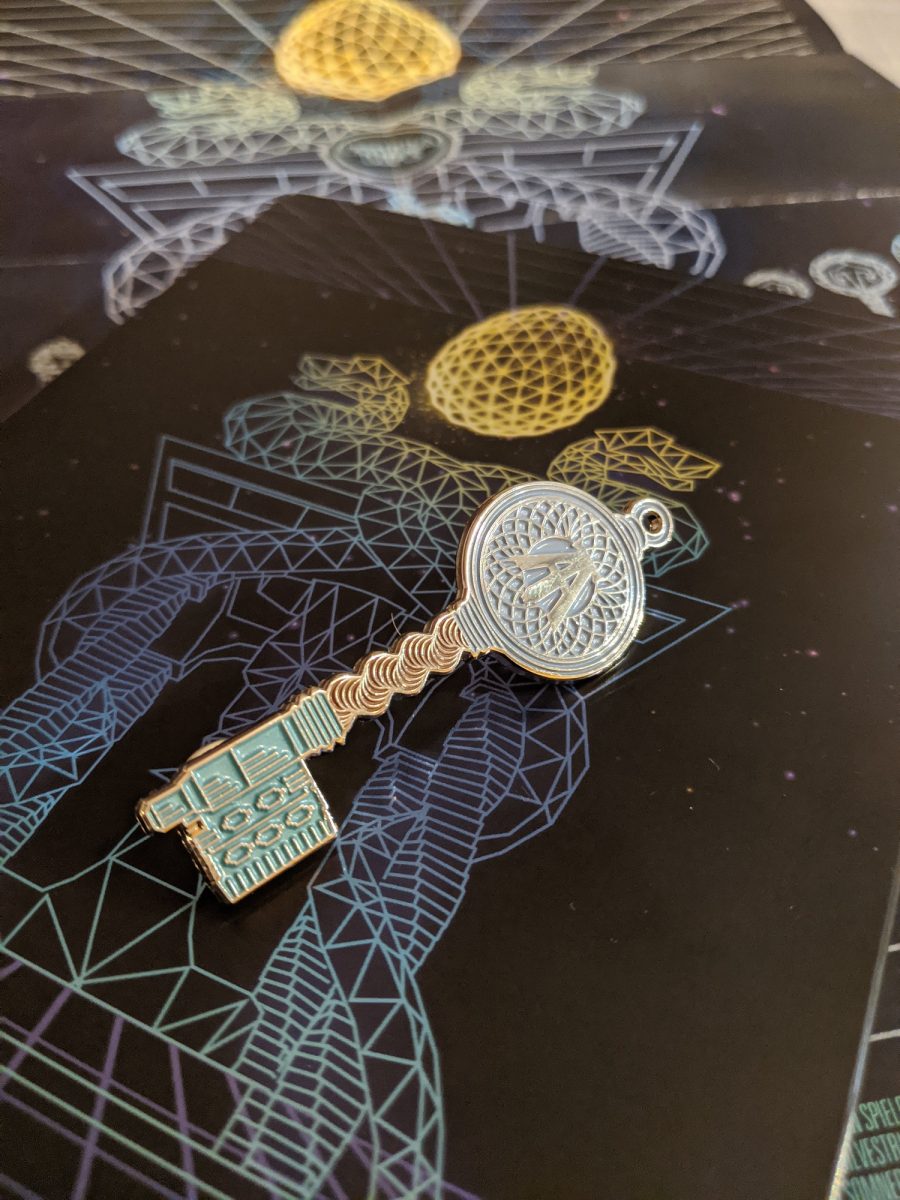 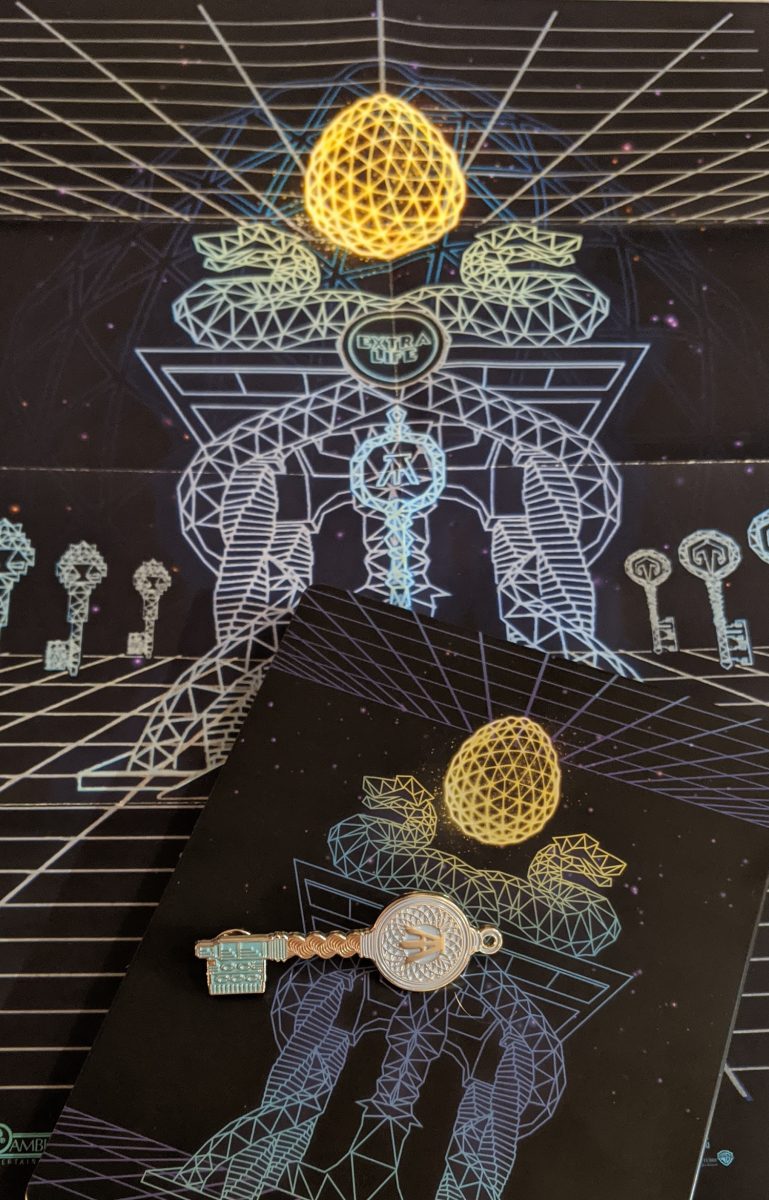 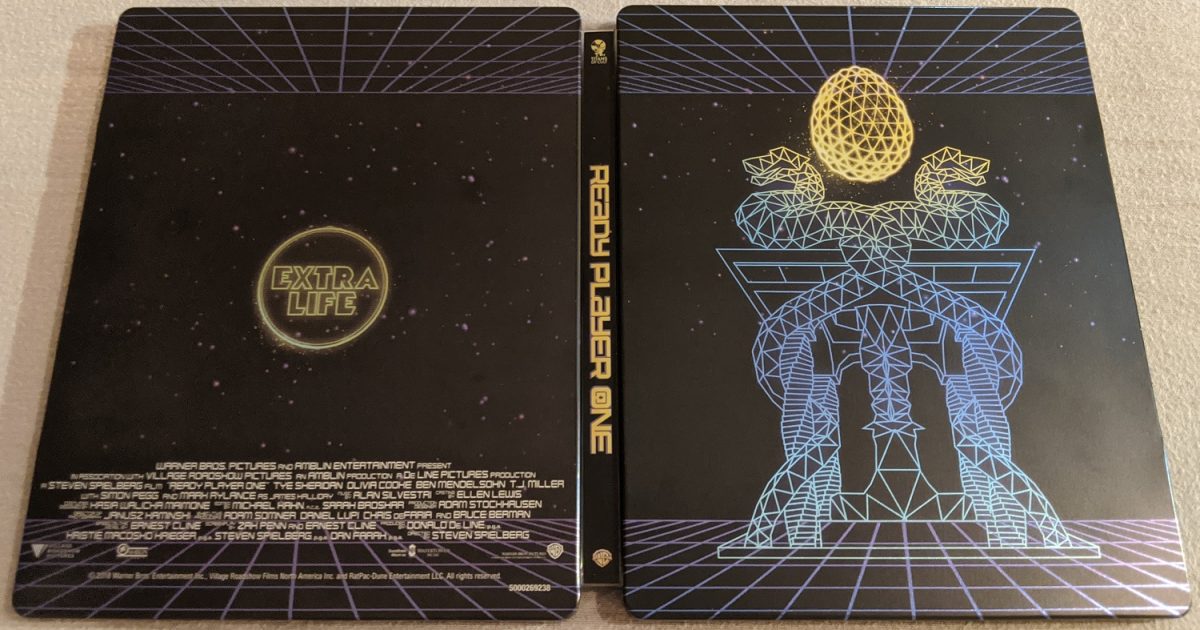 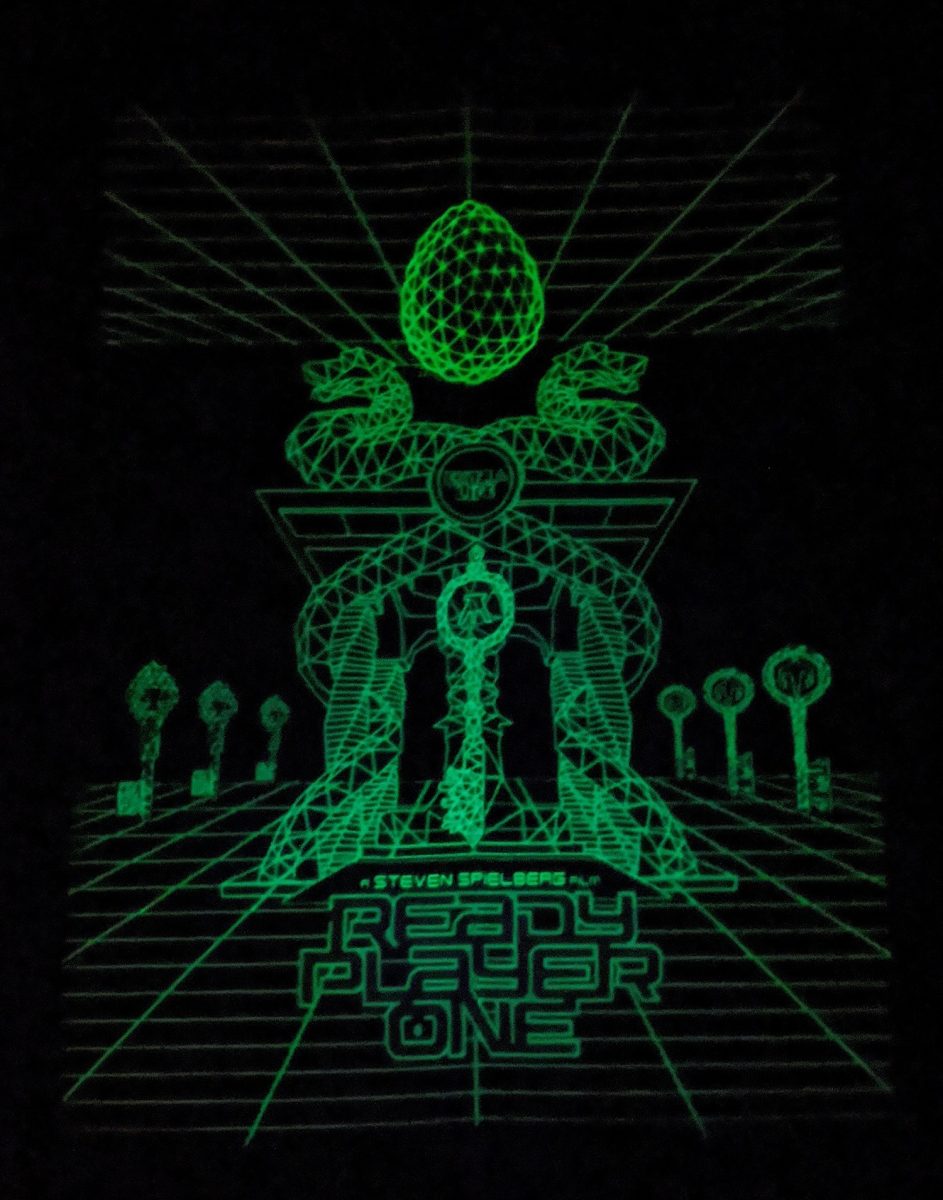