REVIEW – We take a look at the very impressive new ‘Film Vault’ 4K Collectors Edition releases of “Blade Runner: The Final Cut” and “1917”

For more details and pics, read on…

With newly commissioned exclusive artwork from artists and Vice Press stalwarts Matt Ferguson and Florey, these new editions include each film on 4K and Blu-ray discs, housed in premium packaging and a range of unique collectible items.

All sound a bit familiar? We thought so too, and with so many labels throwing their hats into the ‘premium edition’ ring, we reckoned this new venture really had its work cut out if it wanted to stand out.

So, when offered the chance to take a look at the finished product, we got our grubby mitts on Blade Runner and 1917

Both releases utilize their previous 4K masters, so there’s nothing new to report here – both discs are pretty much reference quality when it comes to showing off the best of what 4K can achieve with both film-based and fully digital transfers.

With Blade Runner, we get a stunning presentation of the film, with an incredible amount of detail thanks to the 4K scan of the original 35mm camera negative (and 8K scans of the 65mm effects footage), while HDR brings us vibrant neon colours and dark, detailed shadows, all with a light amount of film grain – no heavy handed DNR here. The film has never looked better.

1917 is just as impressive in its own way. Shot digitally and finished in 4K, the image is clean and pin sharp. On the whole, visually the film is far more muted than Blade Runner’s, but here the HDR (in Dolby Vision for those who have it) really works well at bringing out the subtlety of colour palette. There’s still some visual ‘pop’ where needed though, and shadow detail is excellent.

Both films utilise Atmos soundtracks, which take full advantage of the expanded soundstage, giving us an enveloping audio experience, from subtle atmospherics to more dynamic directional effects, along with clear dialog and strong bass where appropriate.

In terms of on-disc extras, Blade Runner doesn’t include the bonus Blu-ray disc featuring the brilliant Dangerous Days documentary, or the other cuts of the film (so if you have those already you’ll want to hang on to them), but you do get three very informative commentary tracks, from the director, the writing and producing team, and the design & FX crew respectively.

For 1917, you’ll find two audio commentaries – one from the Sam Mendes, and one from DoP Roger Deakins – along with just over half an hour’s worth of brief but interesting featurettes.

So, with the same discs as previous releases – which many of you will already own, does the packaging and in-box goodies alone justify the cost of a double-dip?

When the Film Vault series was announced, to be honest I was pretty sceptical. Over the last couple of years, we’ve seen a steady increase in ‘premium’ home video releases, from labels like Arrow, Titans of Cult, Second Sight, and Everything Blu. Some fantastic, some not so much. Film Vault felt to me like a bit of bandwagon-jumping.

But, having seen these two editions in the flesh, I’m happy to say I was wrong. These really do feel like premium, high quality releases.

Starting on the outside, we get a large, sturdy box adorned with new artwork by fan favourite artists Matt Ferguson and Florey, which comes in a matching, semi-transparent plastic sleeve. 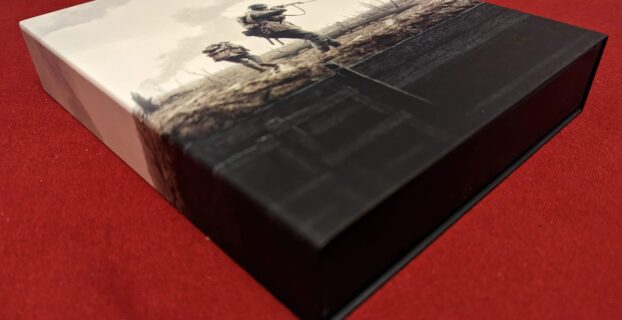 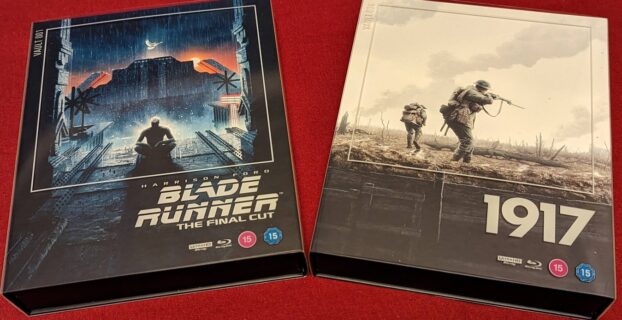 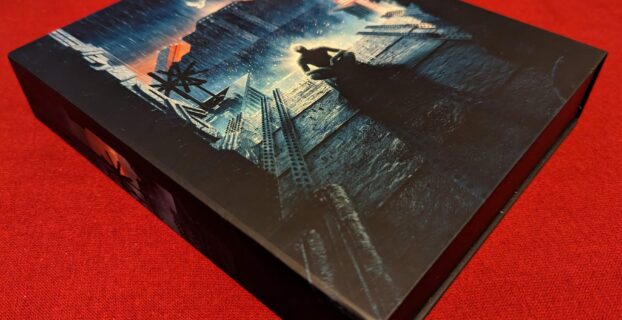 Upon opening the box (held shut with a pleasingly strong magnet), you first get a card envelope containing (depending on the film) art cards, behind the scenes photos, character cards, and a poster. 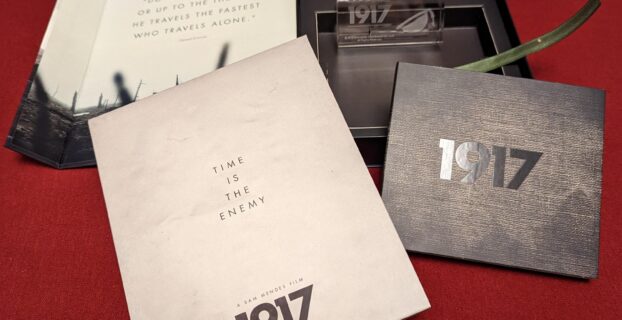 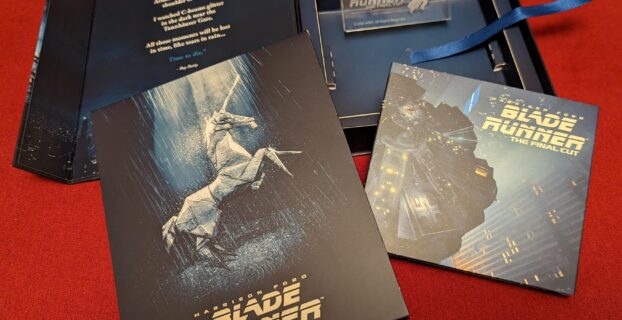 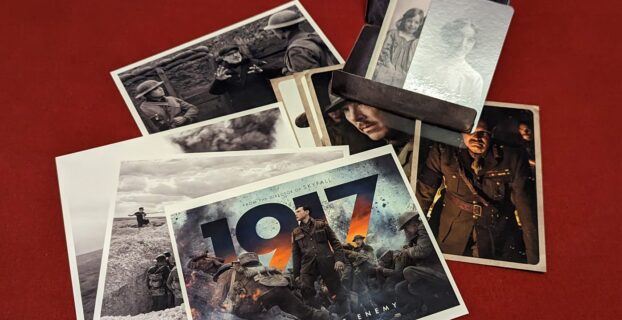 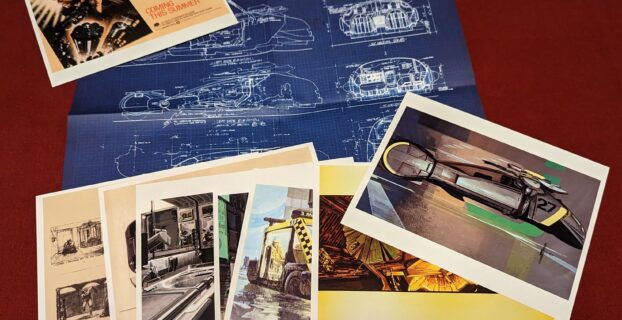 Underneath this is an individually numbered crystal display plaque (the review samples I received aren’t numbered, as per the photos). 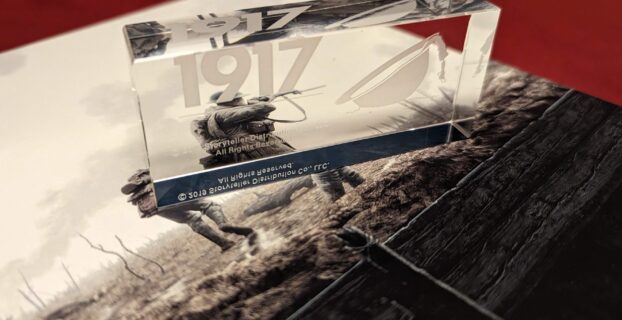 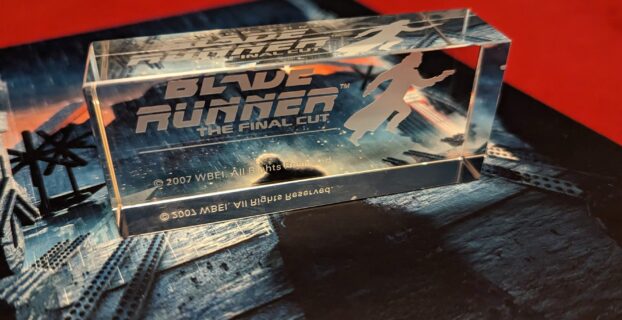 Finally, the film itself – on 4K and Blu-ray discs – is held in a CD-sized digipack with its own cardboard sleeve. 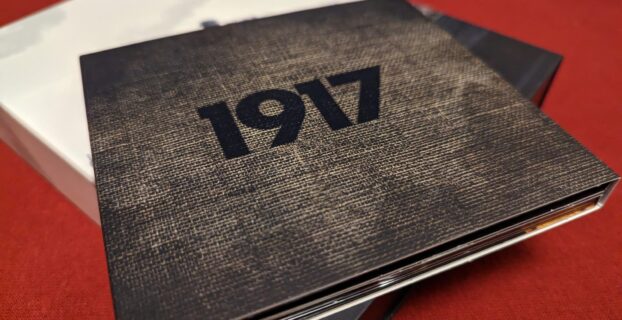 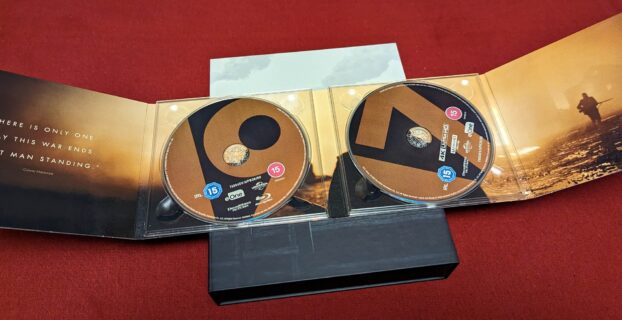 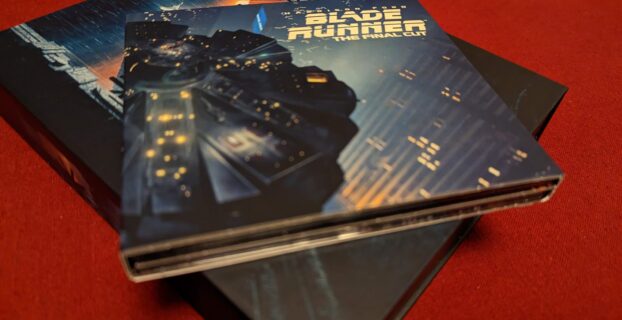 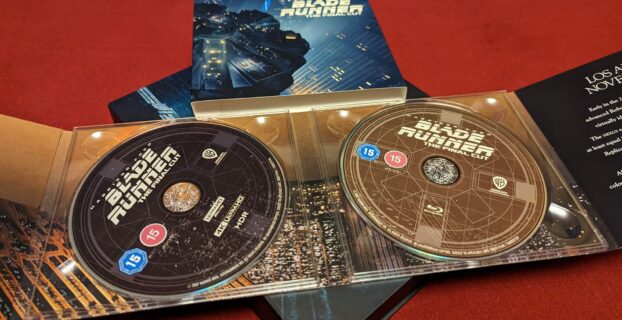 It really is hard to fault the presentation and packaging. The whole thing feels substantial and weighty, the box is rock solid, and the artwork and overall design of each component is exceptional.

It can be difficult to justify the cost of some premium edition releases, especially in the current climate, but seeing the care that’s been taken in putting together these releases, it’s one of the few times I can happily say they’re worth the money, and I can’t wait to see what titles are included in the next wave of releases.

All 4 Film Vault launch titles are available to order now.

The versions from Vice Press (where still available) also include a hand numbered 24” x 36” print with signed certificate of authenticity.