Our first ‘Meet The Collectors’ feature seemed to be a popular read, and prompted lots more of you to get in touch to talk about your own collections. This has resulted in a bit of a backlog, so rather than wait a few days, we’re bringing you our next one right now.

Our next collector is Raihan, who, like Jordan started out collecting VHS. Aaah… those were the days. Rewinding, chewed tapes, tracking adjustments…

Here’s what Raihan had to say, with a few photos at the end.

I’ve always loved movies, started taping movies as a kid & since I was old enough, I started buying movies on VHS. HMV was one of my favourite haunts, with their offers on movies. It helped build my first ever collection, I was so proud! Having a piece of cinema magic in my possession (I’ve loved going to see movies since I was a kid!)

The format later changed to DVDs, so I started collecting them. At the time, I came across a Karate Kid trilogy steelbook – I thought it was the coolest thing ever. But there weren’t any others I’d have bought, least could even find! While living & working in Europe, I came across a few others & bought the Crank DVD steelbook. I wanted more!

Not much later, the new rage & format was then Blu-ray. I’d realised from collecting VHS & DVDs that if I’m going to have a collection to be proud of – it had to be special, something not everyone would have. Then came Blu-ray steelbooks, I’d found my calling. The steels were slim & with my ever-growing collection, together they looked exquisite!

Although I do have a few normal covered Blus, almost all of my Blu-ray format collection are steelbooks. In fact, whenever a new movie is coming out I first check if there’s a steelbook edition. Hence checking your site for the latest on what’s coming & I also found out about Zavvi.

Since my earlier Blu steelbooks, like 300, Heat, I Am Legend, Skyfall, Transformers & especially a number of Disney and Pixar animated movies – the collection was starting to look extremely cool, so I bought more & more. I’ve even dabbled with the odd purchases on eBay, Amazon, Play.com (paying over the odds for some – robbing b@$t@rds!) In total I have almost 300 steels, all neatly indexed, alphabetically, in my bedroom (I’m a little OCD that way!)

In the past, I’d usually buy movies to watch again & again, but now – if I’ve already seen it, I leave the steel unopened. I convinced my wife I’ll sell them some day …but I probably/most definitely won’t!

Some of them are like a work of art!

My favourite childhood movie was Robocop – I’ve got copies on VHS, DVD & now on Blu-ray too! Without a doubt these are my favourite steels. I do like remastered versions which brings something new to any existing collection. When work goes into painstakingly bringing classic movies up to modern cinematic standards – including upgrading the audio, it makes the purchase that much better & you see/hear things you hadn’t noticed before. So other remastered versions of movies I’ve always loved look great in my collection. For example, The Good, The Bad & The Ugly – just looks stunning & is another favourite of mine.

Depending on the steelbook, yes. I’m going to buy the new 3D steelbooks of the Phase 1 Avengers movies as I missed a few of the originals like Ironman 1 & 2. Prices on eBay are ridiculous so it’s good to get them again, but this time they look better, especially with lenticular covers.

If, for example, it’s a director’s cut or a steelbook I don’t have in my collection, of course I’d buy it. One recent example is Terminator 2. There are steelbooks for it out there but as they’re out of print or from other countries – you’re looking at excessively high prices to get one. So I waited & then one finally came from Zavvi – it was very disappointing, especially comparing it to the limited edition of Terminator that they also sold. Being a completist though, I still bought them both – just waiting on Genisys & Salvation (at the right price!)

Mad Max: Fury Road definitely one from more recently! Not much on the martial arts front so movies like Van Damme’s Bloodsport, Bruce Lee’s Chinese movies – especially Way of the Dragon.

One movie I’d love to own on steelbook is Streetfighter 2, the Manga anime movie. See the first 5 mins & you’ll know why! I missed a few other animes from that so I’m looking out for them.

They think I’m mad! Especially my mum & wife. Some friends do too but when they see a lot of the movies I do have in my collection – how they look compared to what they might have like standard DVDs or blu-rays, then they appreciate my collection more. Personally, I’m a proud owner of works of art. I’m not a millionaire so can’t purchase famous paintings, but that what I’ve always loved, the movies & going to the cinema to watch the latest awesome blockbusters, I now own – it’s mine & for me, my collection is priceless.

And here are a few photos from Raihan’s collection. 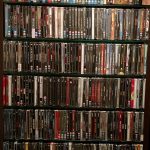 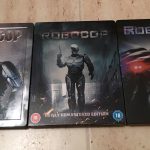 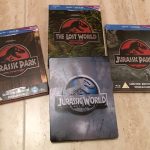 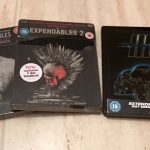 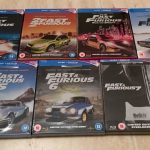 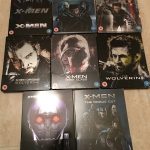 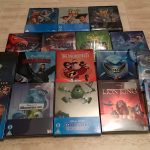