Here’s another new installment of Meet The Collectors, and this time steelbook fan Dan Edwards.

When Cloverfield came out back in 2008, HMV released a snazzy DVD Steelbook. This was my first purchase. I had not seen steelbooks before this release but I was really taken by it. Then BluRays became the next big thing in the home entertainment world and DVDs stopped getting Steelbook releases. This was when I moved into collecting seriously. I have forgotten what the first BluRay Steelbook was but I imagine it was something in the Marvel Cinematic Universe.

I am not sure which is my favourite. I have some odd ones like the Italian release of X-Men: Apocalypse as it was bought for me as a gift off Amazon. Something about the Italian text on the back adds to it. I also have a German release of Iron Man 1 and 2. So I think one of those two might be my favourite but I think I was most excited when the 4K steelbook of Infinity War dropped through the letterbox. Although, I have to say, my complete steelbook collection of the Marvel Cinematic Universe is my pride and joy

Well, I think with most steelbooks these days for major releases, the preorders sell out very quickly. Anything Disney or Marvel get snapped up very quickly. So, with that in mind, the Marvel Cinematic Universe steelbooks that get released, I pre order but I may not like the artwork – It’s basically preordering blind. Infinity War does not follow the other two Avengers artwork with the A. Which is frustrating but hey, it’s still a great steelbook.

Some of my collection is. My Marvel Cinematic Universe is complete with spine magnets from drumxass to give them that uniformed look. Seriously, check out his magnetic spines on eBay. This along with my X-Men collection sit neatly under my TV. My other bits of my collection are dotted around in various units.

I used to collect some comics but I have started collecting the Universal Studios Coins. So far, Jaws, Back to the Future and Jurassic Park. They are just fun little items that add to the collection and they also display nicely.

Some of my friends keep an eye out for steelbooks for me which is great. My wife likes it as she is just as enthused as me which is a massive plus. It’s a collection that will continue to grow and I am sure that I won’t want to stop collecting.

You can see my full collection here

Thanks to Dan for sharing, and if you’d like to be featured in a future article, please get in touch here. 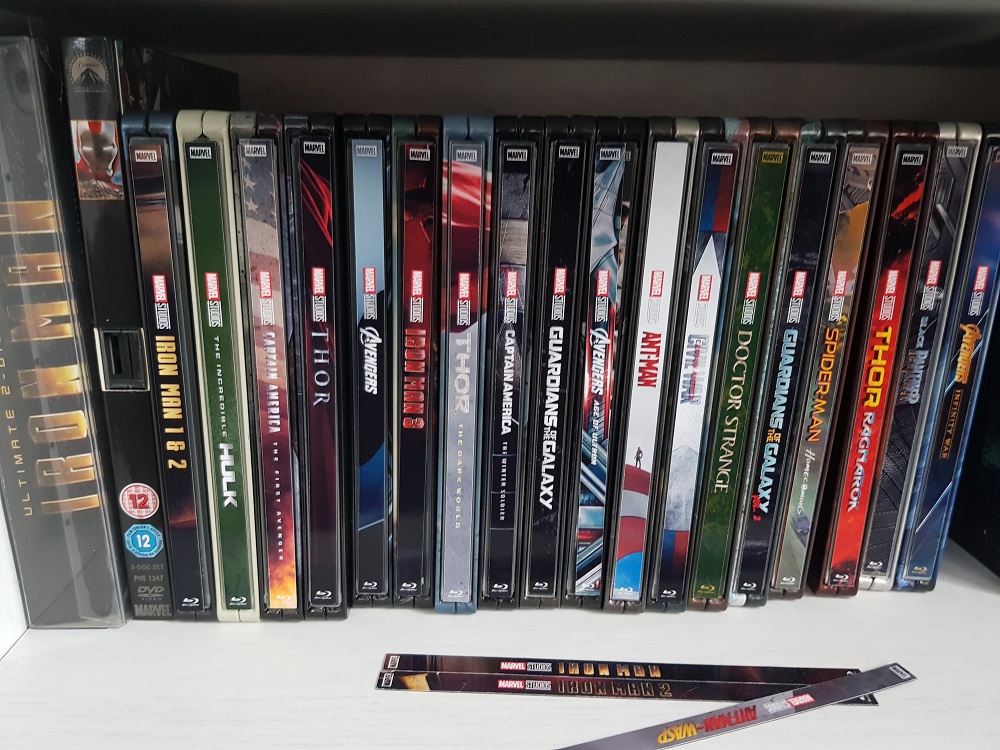 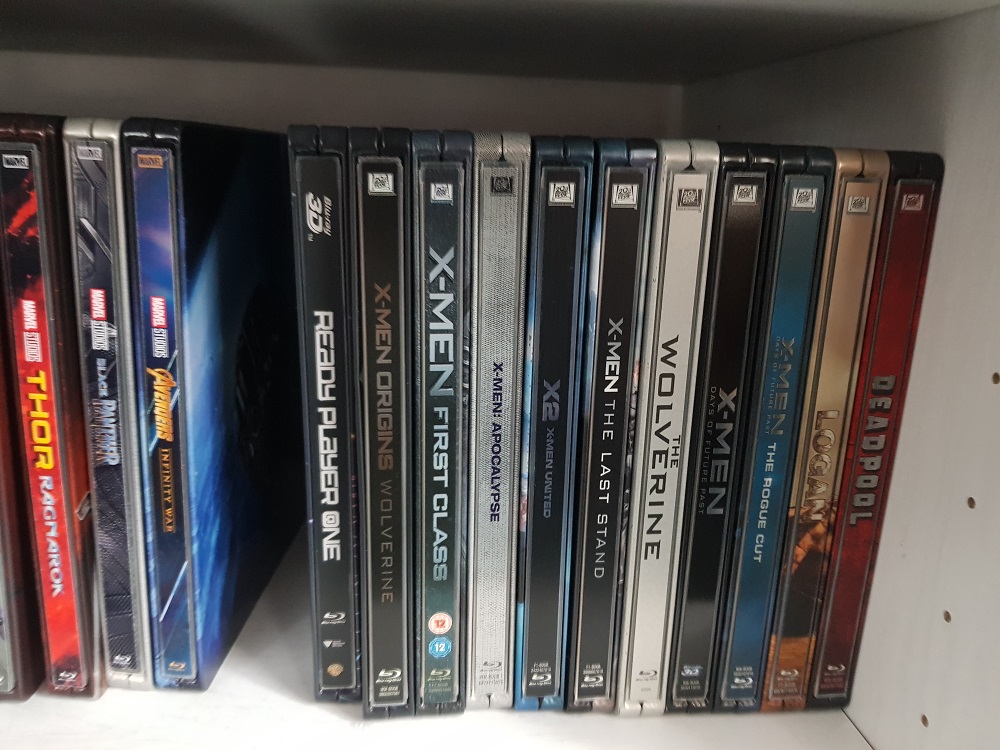 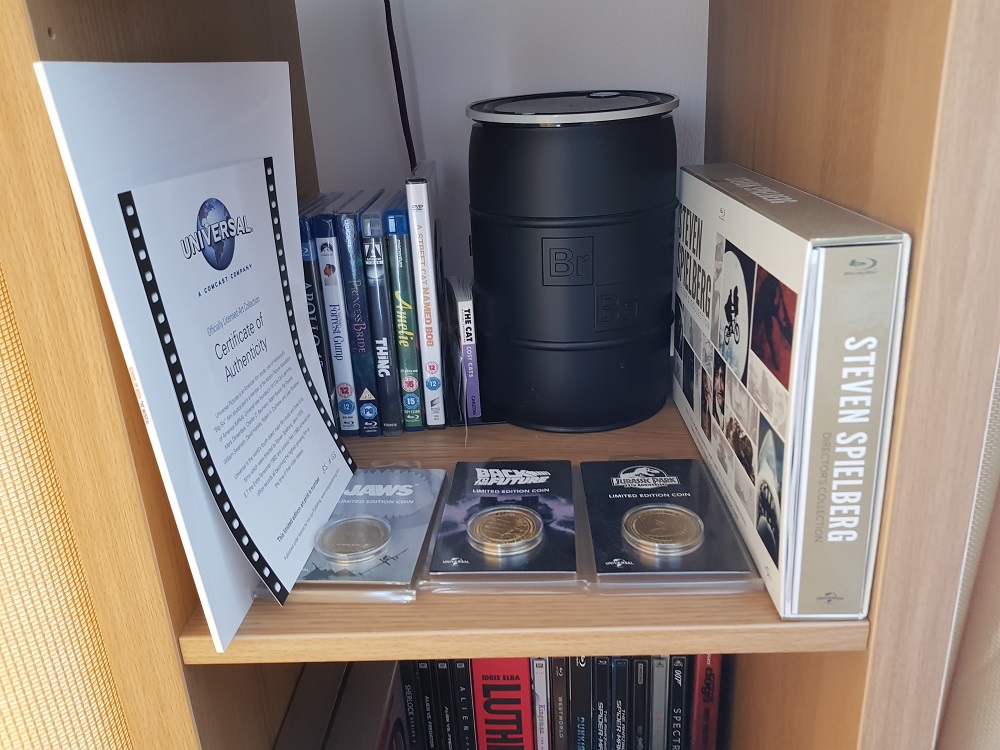