The first Titans of Cult steelbook release, of the sci-fi classic Blade Runner, was a fantastic debut for the new label from Scanavo, the creators of the steelbook format.

Their second release is Wonder Woman, and, thanks to the kind folks at the UK Warner Bros store, we were able to get an early look.

This release is available to order right now from WB Store, where new customers can get 10% off their first orders.

With a couple of UK steelbooks already released for the film, does this new edition do enough to earn your cash? Read on to find out…

Film
It’s fair to say that Warner/DC’s attempts to emulate the behemoth that is Marvel’s Cinematic Universe have been patchy, to say the least.
Man of Steel got things off to a great start, with a more grounded re-telling of the Superman story. While the follow-up, Batman v Superman: Dawn of Justice had its faults, one of the definite highlights of the film was the introduction of Diana Prince, aka Wonder Woman.

Following her big screen debut, the character’s solo film takes us back to 1918, as Diana leaves the safety of her hidden island of Themyscira for the first time, to help rescued pilot Steve Trevor thwart a German plan to develop a deadly new chemical weapon.

Wonder Woman certainly represents a huge shift in tone from the previous DC EU entries, and benefits from not being too tied to those movies’ over-arching storyline. For a start, the film doesn’t take itself too seriously, and there’s definitely a lot more humour this time round. Thankfully, there’s no skimping on action, with several well-staged action sequences, while the production design is also very well done, from the fantasy-lite surrounding of Themyscira to period war-time Europe.

Director Patty Jenkins really brings out the best in her cast. Gal Gadot is back as Wonder Woman, obviously, and, now as the lead, really carries the film with effortlessly. Chris Pine as Steve Trevor is great fun and has an easy chemistry with Gadot. Lucy Davis – best known to UK viewers as Dawn from The Office – is brilliant as Etta Candy, and comes close to stealing the movie at many points. The rest of the cast is rounded out by a superb group of acting talent, including David Thewlis, Robin Wright, Connie Neilson, and Danny Huston.

This really is a fun watch, much closer in style and tone to the Marvel movies, which is no bad thing, and with a sequel, Wonder Woman 1984, due this year and from the same creative team, the character seems to be in safe hands.

Video
This release includes the movie on both 4K and Blu-ray discs. While the Blu-ray disc is great by HD standards, here we’ll focus on the 4K presentation.

Most of the film was shot on film but, like many productions, was finished as a 2K Digital Intermediate, meaning that the 4K transfer here is an upscale. Don’t let that put you off though, as it’s a top-notch presentation with tons of detail on show. The HDR10 treatment really shines, with great highlight and shadow detail, and, while much of the film has a muted palette given its setting, colours really pop when they need to.
As expected, there’s some light grain, but that’s as it should be, and some of the CGI shots look a little soft, but on the whole

Audio
If you have a surround sound setup – especially with Atmos capability – then strap yourself in, because this is a GREAT sound mix. Obviously the action sequences shine, with bullets, explosions and other directional effects flying around the room, accompanied by some great, occasionally thunderous bass.

Just as impressive though are the quieter moments, with well-judged use of the surround channels for atmosphere, as well as the great score by Rupert Gregson-Williams, while those with Atmos will appreciate the regular use of the height channels to really put in the middle of the action.

Extras
The discs included here are the same as those previously released, which means that on 4K it’s the movie only, with all the extras on the Blu-ray disc.
We get a decent amount here actually, with a selection of featurettes and extended/alternate scenes, totaling about 2 hours in all. While some of them are pretty shallow in terms of detail, they all add up to a decent enough look at the making of the film, thought it’s a shame there’s no audio commentary.

Packaging
Of course, this is the bit you’re interested in. Wonder Woman has already had multiple UK steelbook releases, covering regular Blu-ray and 4K editions, so what’s new in this one, and is it worth your attention?

This release comes from the Titans of Cult label from Scanavo, the creators of the Steelbook format, which aims to present movies with exclusive premium steelbook packaging and presentation. Their first release, Blade Runner, was a stunner, and this one is no slouch either.
The external plastic sleeve gets things off to a good start, protecting the contents at the same time as showing them off with some well-designed artwork.

Inside, we get an enamel pin badge, with a design based on the centre of Wonder Woman’s shield, which is nicely detailed, with a great finish, and weighty for its size. Overall it feels like a quality piece.

Next is an A3 sized poster, which looks nice apart from the unavoidable creases. I’m not convinced that a poster is really well suited to the steelbook format – some nice quality art cards might have been a better idea.

The star of the show is the steelbook itself of course, and it’s a beauty. Using a shield design across the front, spine, and back covers, the steelbook features some light embossing and a mainly matt finish with some nice gloss and metallic highlights. The background has a brushed/weathered metal effect, and the whole effect is very nice indeed. While some people prefer to see poster art used for steelbooks, I for one am big fan of this more graphical style, so this is right up my street.

So this is another great addition to the ToC collection. At the time of writing they also have the incredible Mad Max: Fury Road and Ready Player One lined up, both of which again look like they’re going to be great presentations. I’m not sure if the ToC label has an exclusive deal with Warner Bros, as it would be nice to see some movies from other studios get the same treatment, but so far they’re off to a great start. 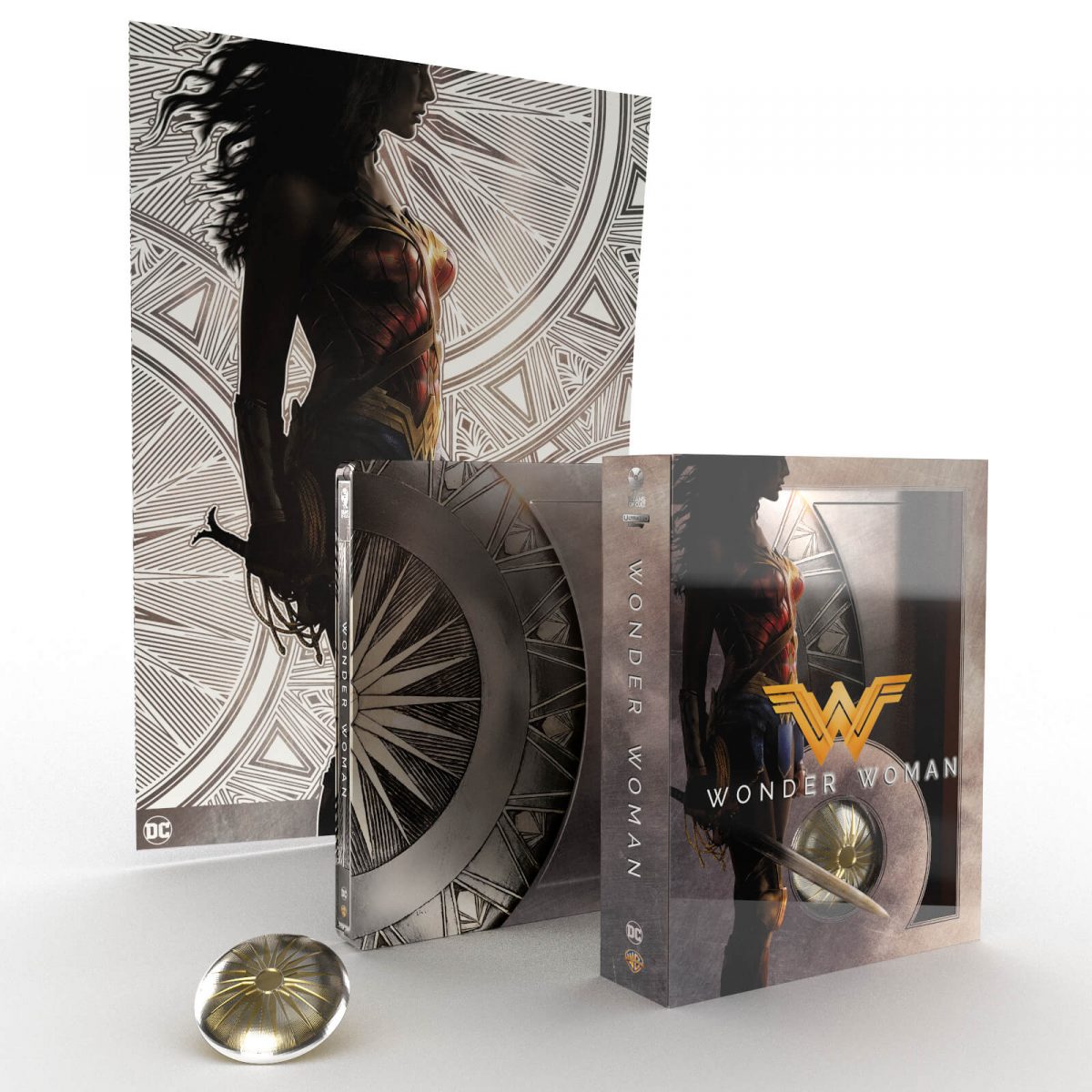 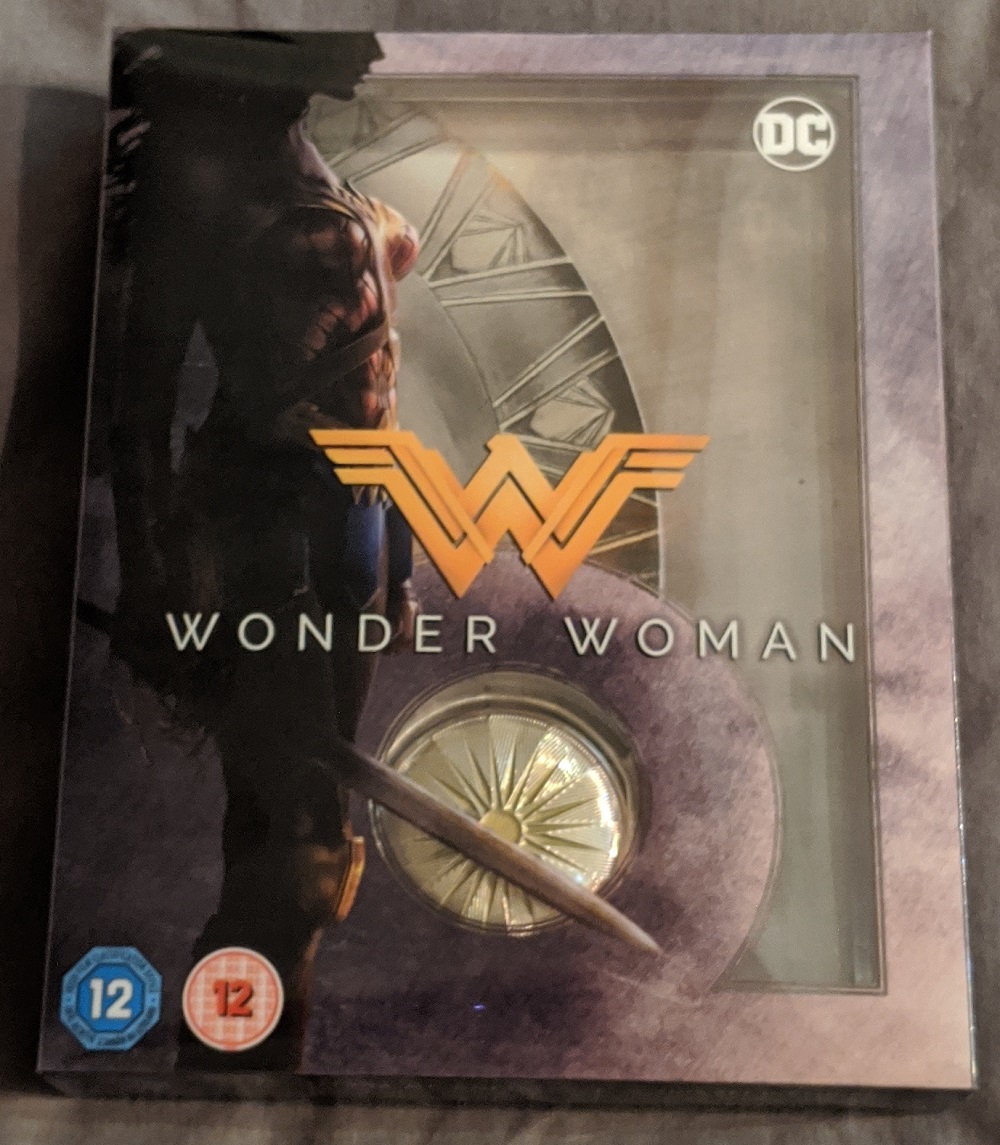 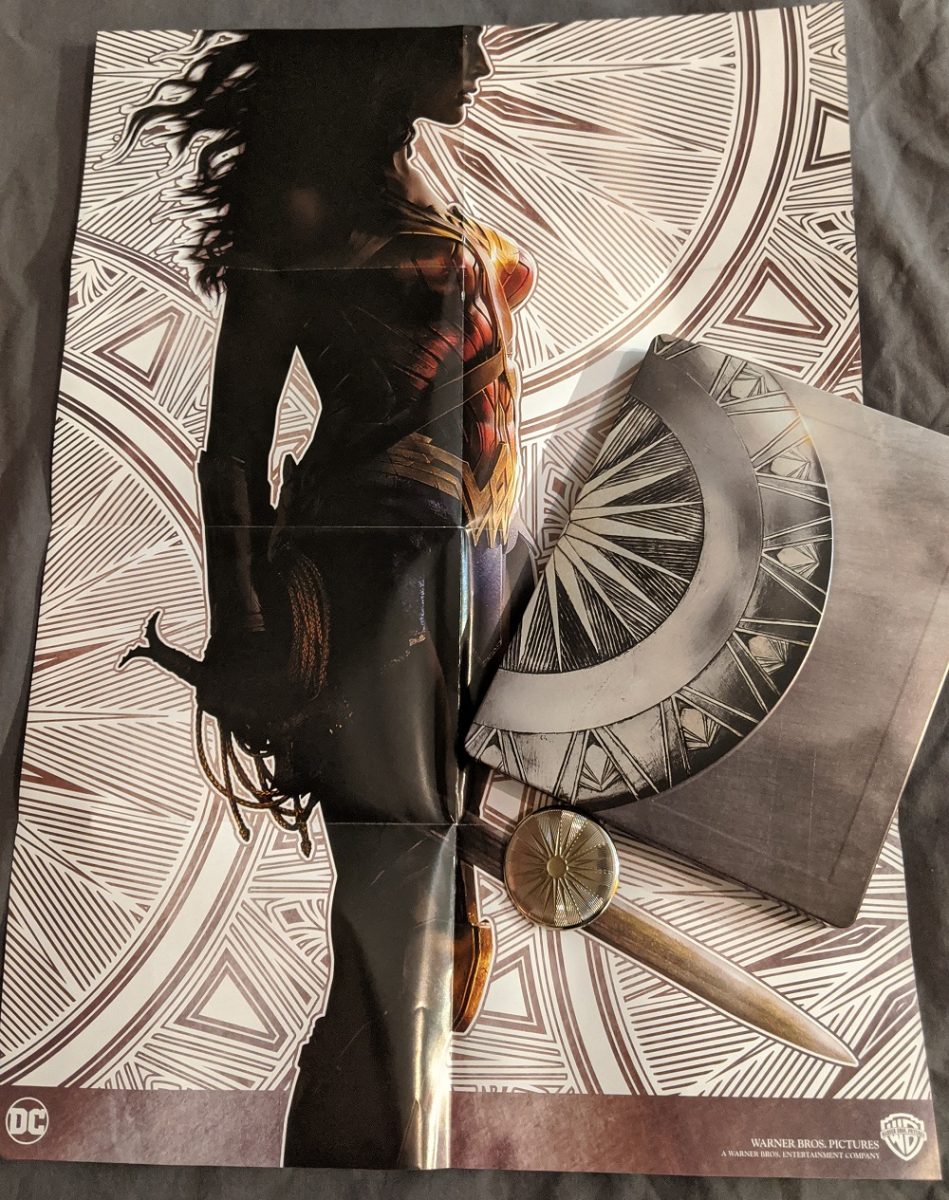 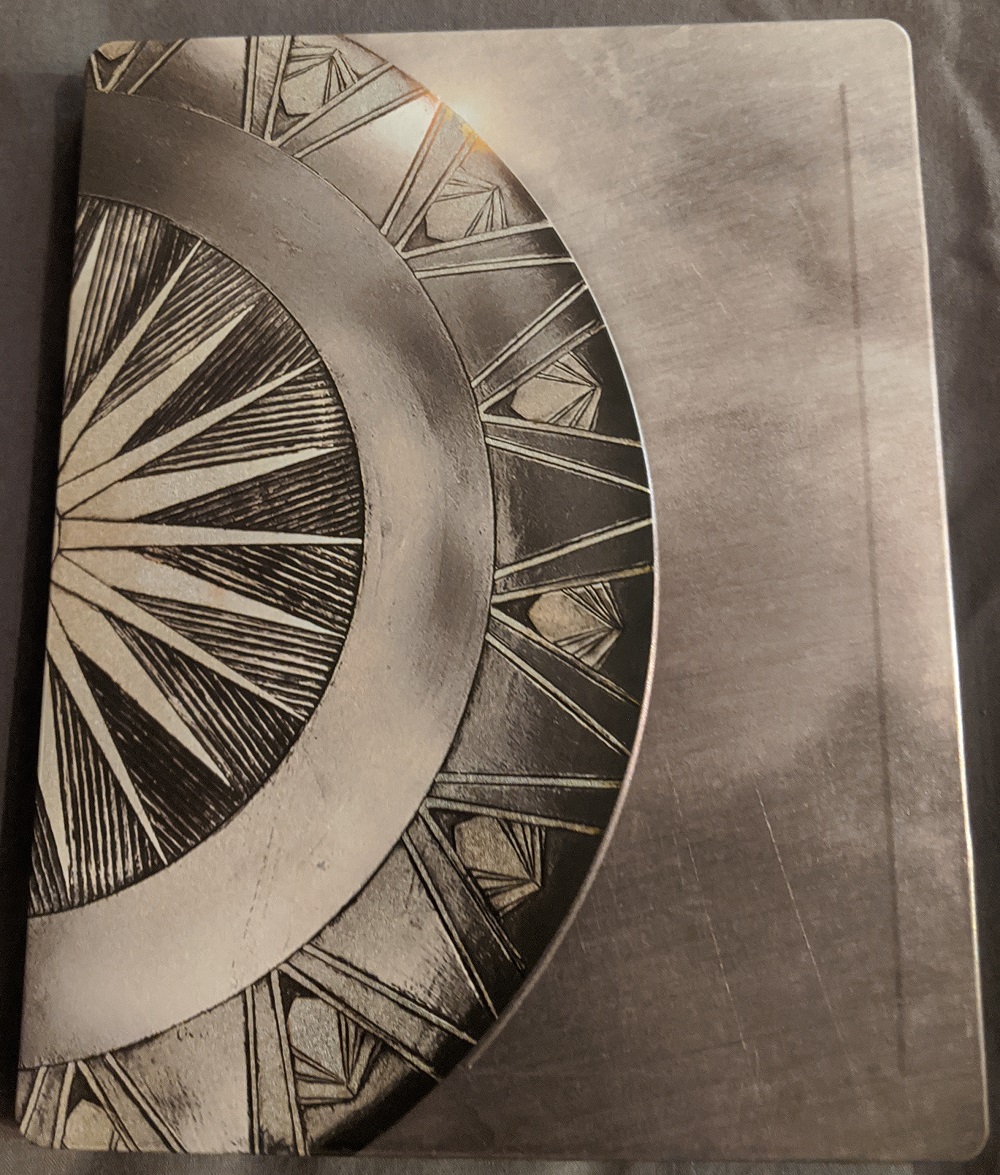 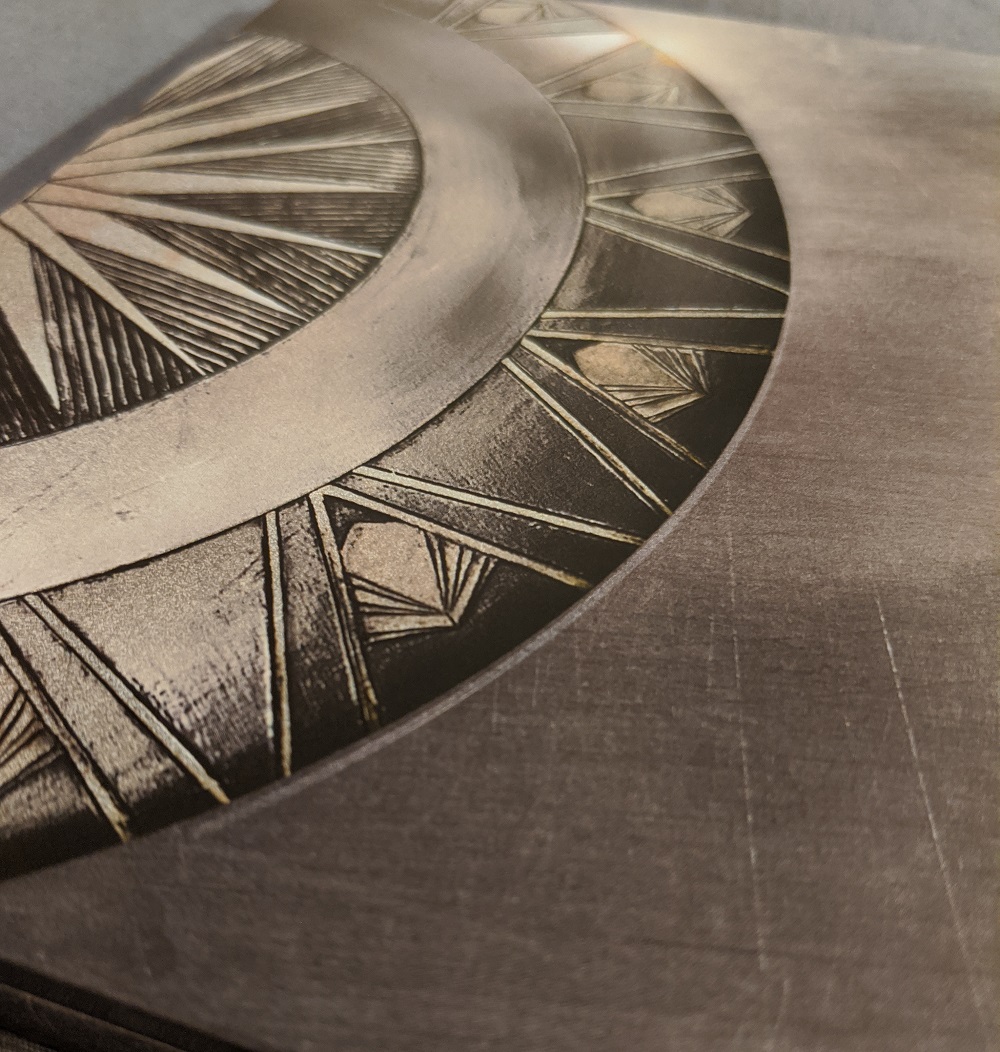 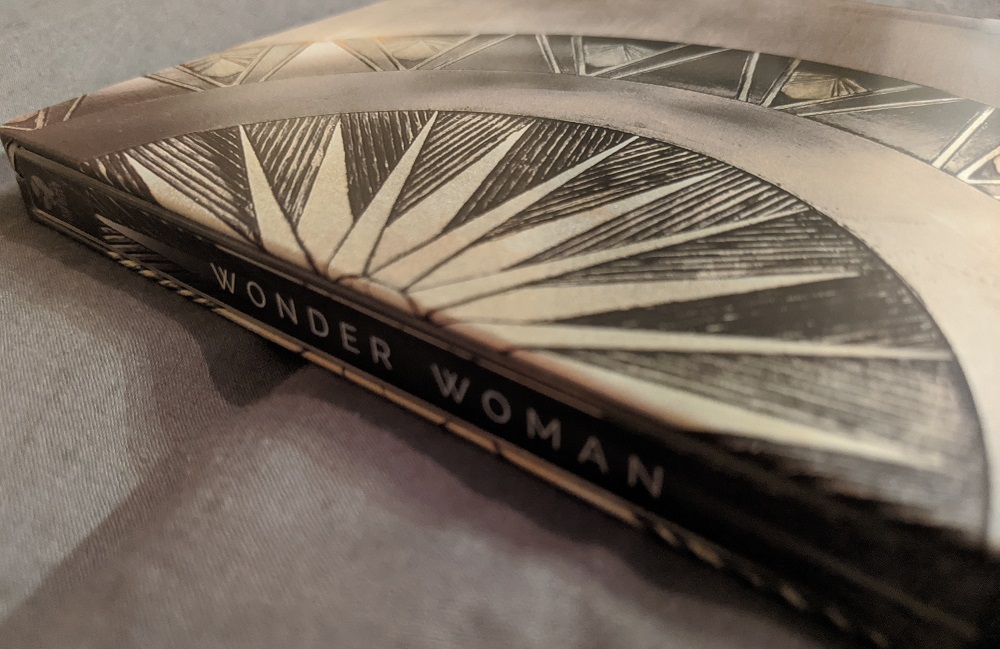 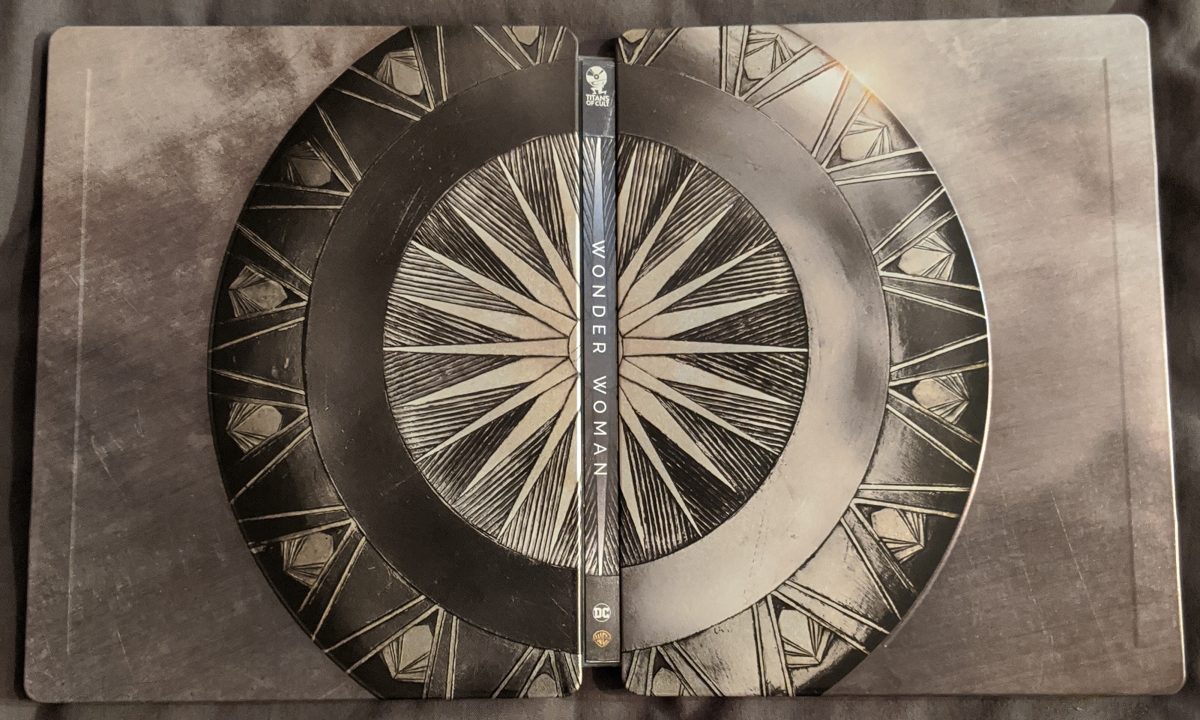 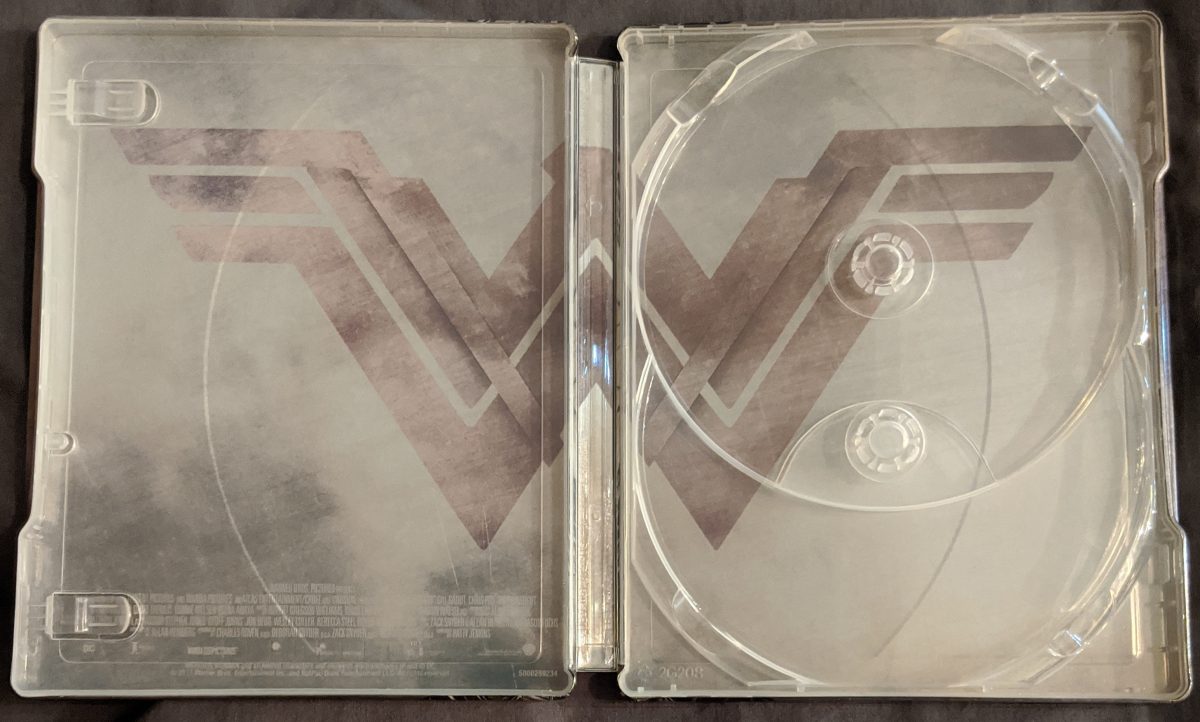 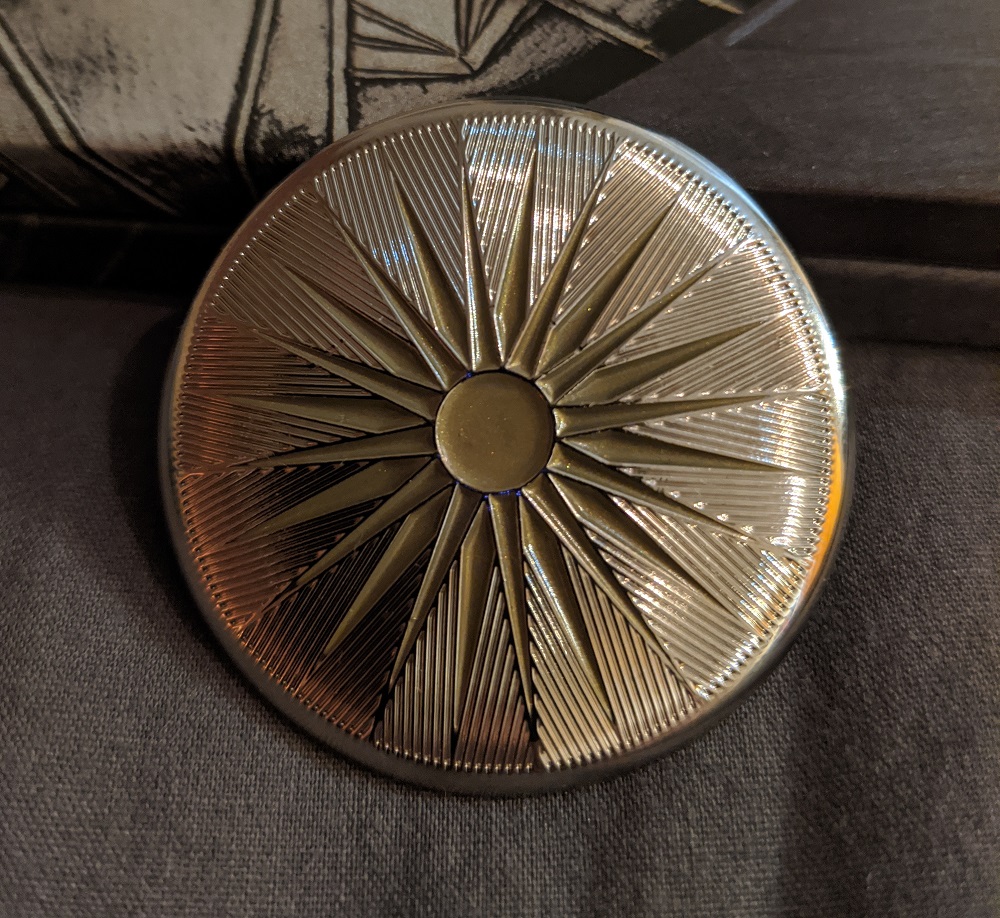