When it was first announced, the Watchmen TV was met with an understandable degree of skepticism, but Damon Lindelof and his team really pulled off the impossible, producing a truly worthy sequel to the original graphic novel, that avoided obvious fan service, while making a story relevant for the world today.

Amazon are bringing us this steelbook release on June 1st. This one is Blu-ray only – there doesn’t seem to be any 4K release available – but it very nice indeed, and has plenty of extras included as well.

Thanks to reader Graham Head for the, erm, heads-up!

Set in an alternate history where masked vigilantes are treated as outlaws, this epic series from executive producer Damon Lindelof (Lost; HBO’s The Leftovers) embraces the nostalgia of the original ground-breaking graphic novel of the same name, while attempting to break new ground of its own. Regina King (HBO’s The Leftovers) leads the cast as Angela Abar, who wears two masks; one as a lead detective in The Tulsa Police Force and another as wife and mother of three. The cast also includes Jeremy Irons, Don Johnson, Jean Smart, Tim Blake Nelson, Louis Gossett Jr., Yahya Abdul-Mateen II, Tom Mison, Frances Fisher and Sara Vickers. 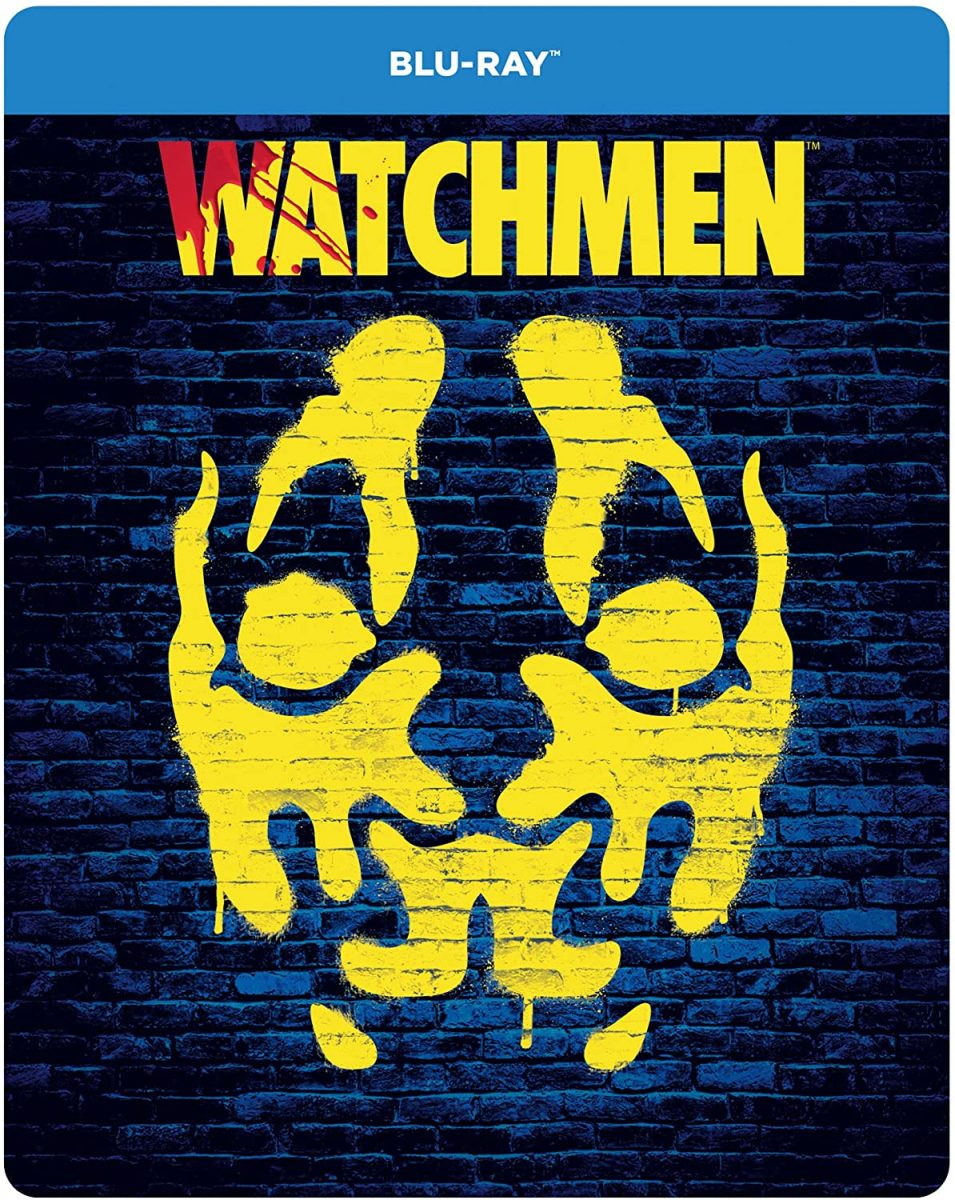 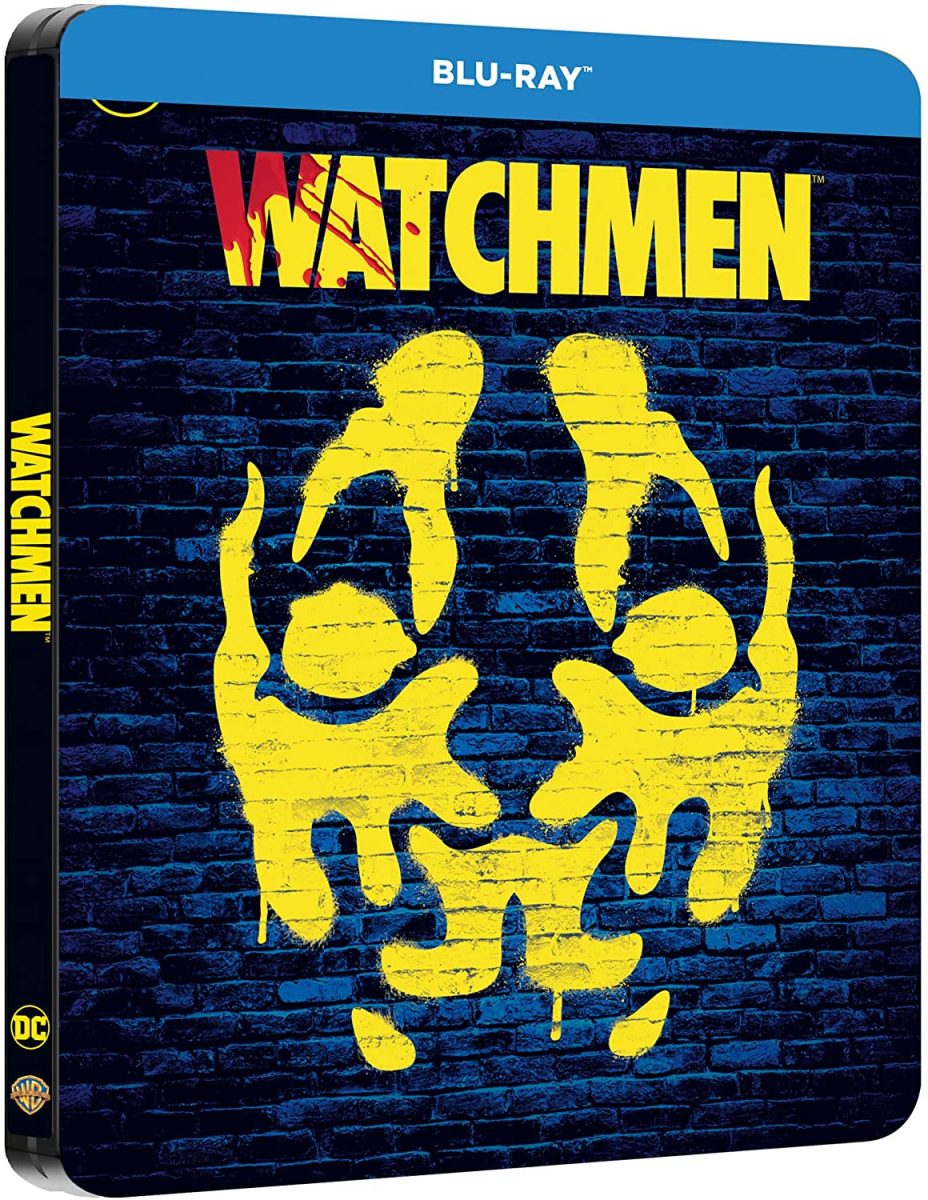 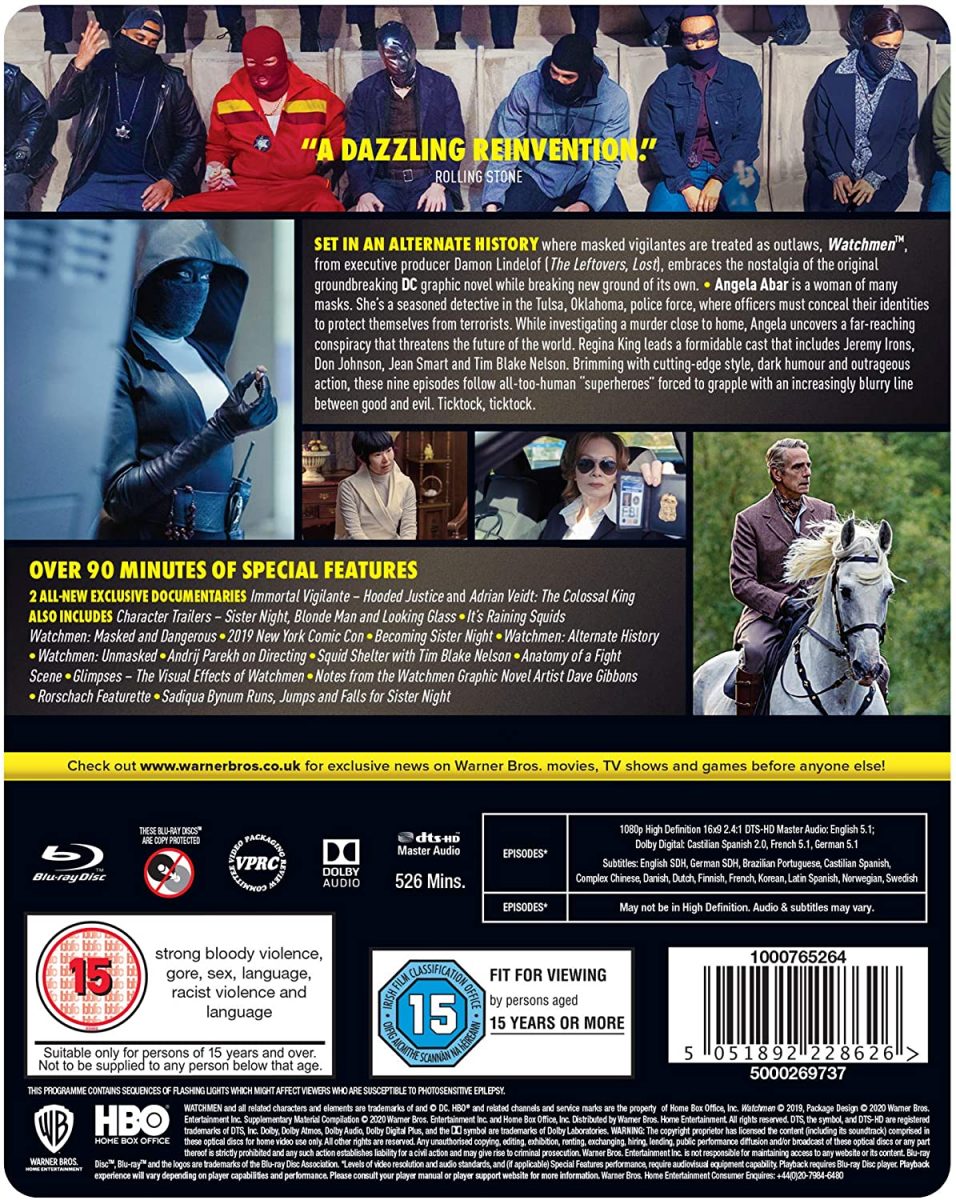