On April 29th, the latest in DC’s successful series on of animated movies, Justice League: Fatal Five, in coming to UK steelbook.

From animation legend Bruce Timm comes an all-new DC Universe movie. The fate of the earth hangs in the balance when the Justice League face a powerful new threat – the Fatal Five! Superman, Batman and Wonder Woman seek answers as Mano, Persuader and Tharok terrorize Metropolis in search of budding Green Lantern Jessica Cruz. With Cruz’s unwilling help, they aim to free remaining Fatal Five members Emerald Empress and Validus and carry out their sinister plan. Meanwhile, the Justice League discover an ally in the peculiar Star Boy, who’s brimming with volatile power. Could he be the key to thwarting the Fatal Five? An epic battle against ultimate evil awaits! 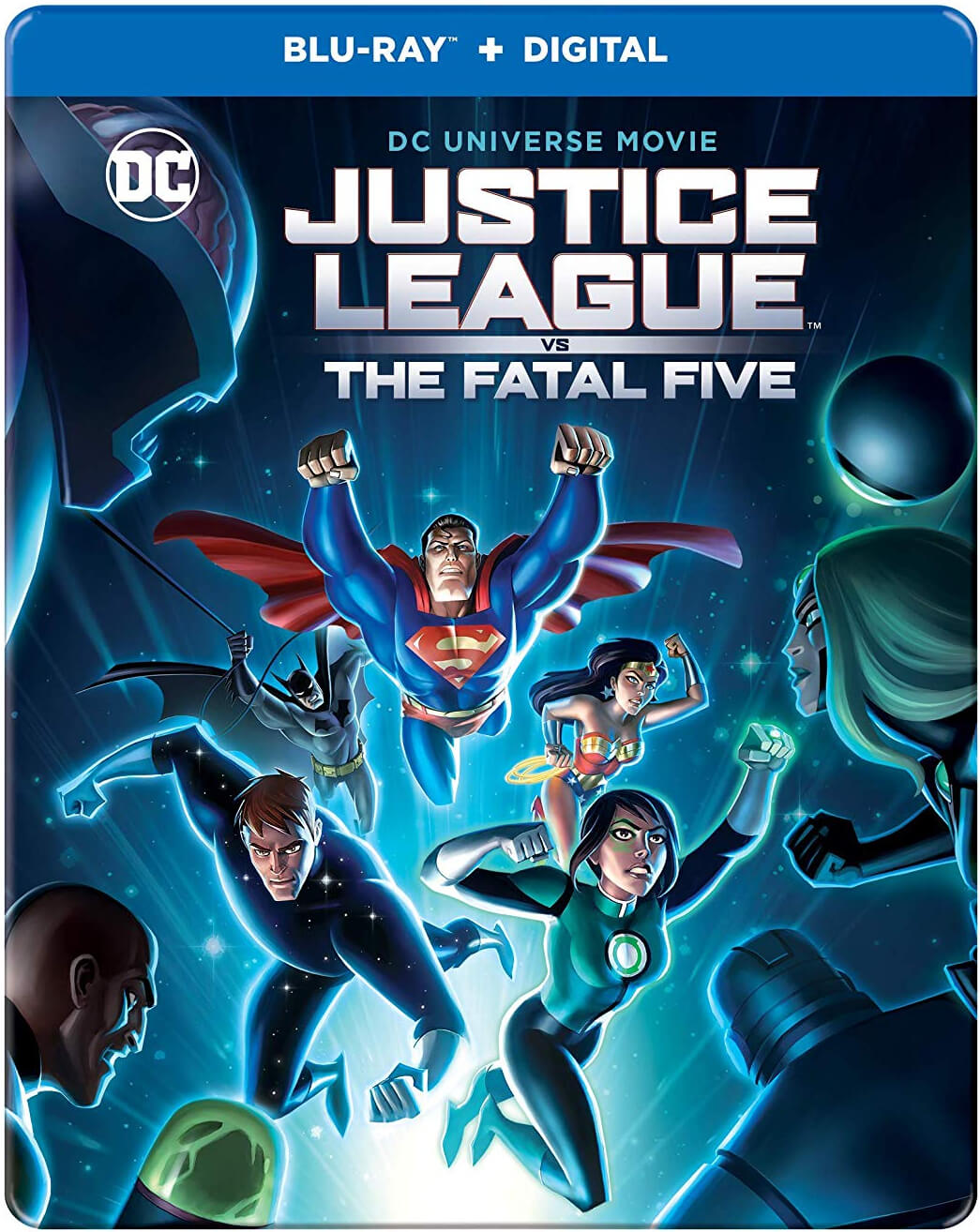