Welcome to part 7 of our Meet The Collectors series. This one is with US collector CJ Demato.

US steelbook releases aren’t quite as common in the US, though that hasn’t stopped CJ picking up quite a few titles for his collection.

I actually just started collecting steelbooks last year, but I have been collecting movies pretty much my entire life. I used to go out every Tuesday and purchase the newest DVDs that were being released. They always had to have a slipcover on them and also had to be in widescreen format. I don’t remember where I first learned about why widescreen is always the way to go, but I definitely hung onto it.

Whenever I knew that I would be getting a DVD for my birthday or the holidays, my parents were pretty much conditioned to know the exact version of the DVD that I wanted. (So much so, that even in today’s Blu-ray world, my dad still asks me if it has to be the widescreen version). It was back in 2009 that I got my first Blu-ray player and subsequently my first Blu-ray movie, The Dark Knight.

I would have to say that my favorite steelbook is my Guardians of the Galaxy Best Buy steelbook. This steelbook is not only gorgeous, but also has a special place in my heart for getting me into steelbooks in the first place. By the time I had learned about this steelbook edition, it had already been sold out online, which meant that if I wanted it I was going to have to get to Best Buy immediately to ensure my copy.

Since then I have learned lots about the “underworld” of steelbook collecting and can’t believe, as an active movie collector and movie lover, that I didn’t know about it sooner.

I live in the United States where it is not as easy to collect steelbooks as it is in let’s say the UK. The best steelbooks are either released at Best Buy or Target, and even then we don’t get nearly as many options as other countries do. Luckily those steelbooks that do get released in the US are generally the ones I would want to purchase, but there are those that I would be very interested in purchasing that I can’t get.

If certain steelbooks were more readily available here in the US, then I would probably consider buying a steelbook just for the art. However sometimes it is just not financially possible for me to do make a purchase like that being in the US. Although I can say that I own a Man of Steel steelbook because I wouldn’t want to not have all of the DCEU movies on steelbook eventually. Even though Man of Steel is not particularly one of my favorite movies.

This is actually something that I have encountered in my collecting. Since beginning my steelbook collecting journey, I have been seeking out a way to get all of the MCU on steelbooks. Unfortunately The Incredible Hulk, which I find to be a good, but not great movie only has one steelbook option that I don’t really like. I do own it though and I would purchase other steelbooks with art that I don’t like if there wasn’t a different edition that I liked better. Steelbooks are now a priority in my collection.

So there are actually two movies that after doing a little bit of research, I believe deserves a steelbook. The first of which is The Social Network. That movie was complete cinematic achievement and could have a beautiful cover art that matches how perfectly the marketing was executed for this film.

The second movie is Drumline. Yes, Drumline. Say what you want, but that movie is just great.

My collection is proudly on display in the living room. It took a little bit of convincing to my girlfriend, and if it grows any more, I am going to have to probably move it some place else, but right now I have it perfectly positioned so that when people come in, they can see it all gloriously laid out. It actually took me a very long time to decide how to perfectly display my steelbooks, but I am happy with how it came out. One day I will a room of my own to display all of my movies, posters, and memorabilia, but until then the living room is not too bad of a spot.

I am an extremely organized person and that definitely extends to my collection. While my normal Blu-rays are in alphabetical order, my steelbooks have a few different “display rules” to them. One of them is if they are part of a saga of movies (ex. MCU, Fast and Furious, Star Wars). For those that are singular steelbooks, I have in alphabetical order.

Well my friends think I am insane and that I spend too much time and money on my collection, but at the same time I know they think it is pretty cool. I don’t care what they say. I have one friend who says that this collection will mean nothing because one day movies will all be digitally released only. What I have tried explaining is that that won’t be the case because it’s not about the disc themselves so much and more about the artwork.

My parents are fine with my collection as long as I am responsible enough to manage my money correctly, which I can’t blame them for. My girlfriend is actually very supportive of my collecting habits, although there are some she thinks that I don’t need. I do believe that one of the reasons she likes the collection though is because that means she also can watch all these movies. 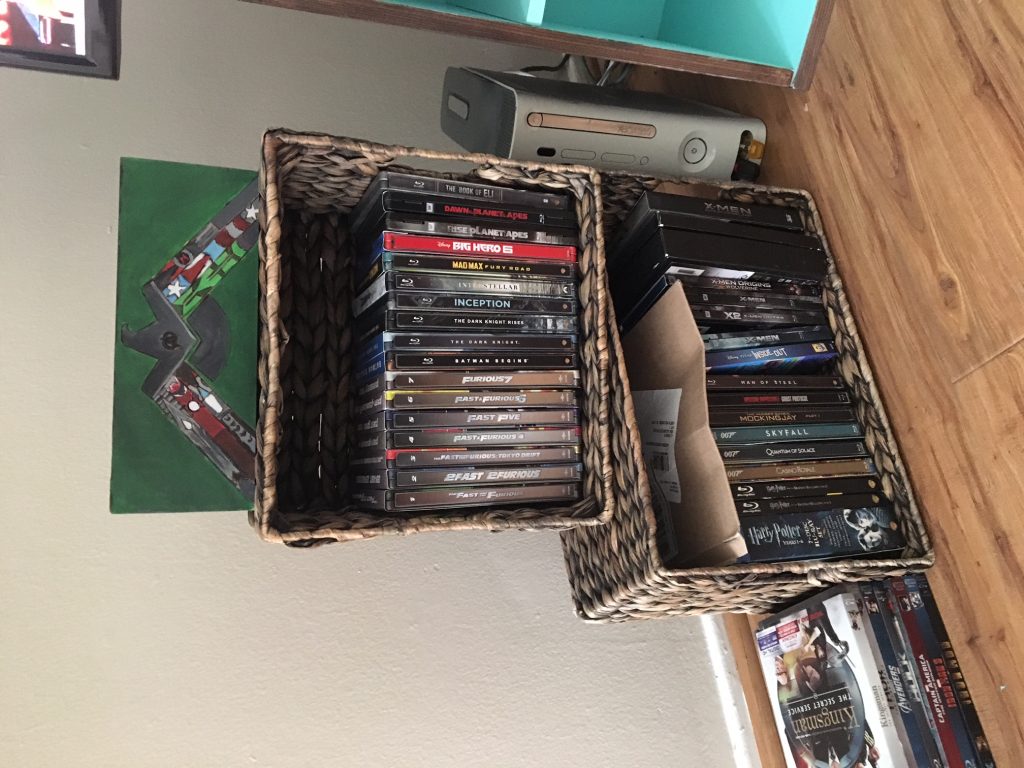 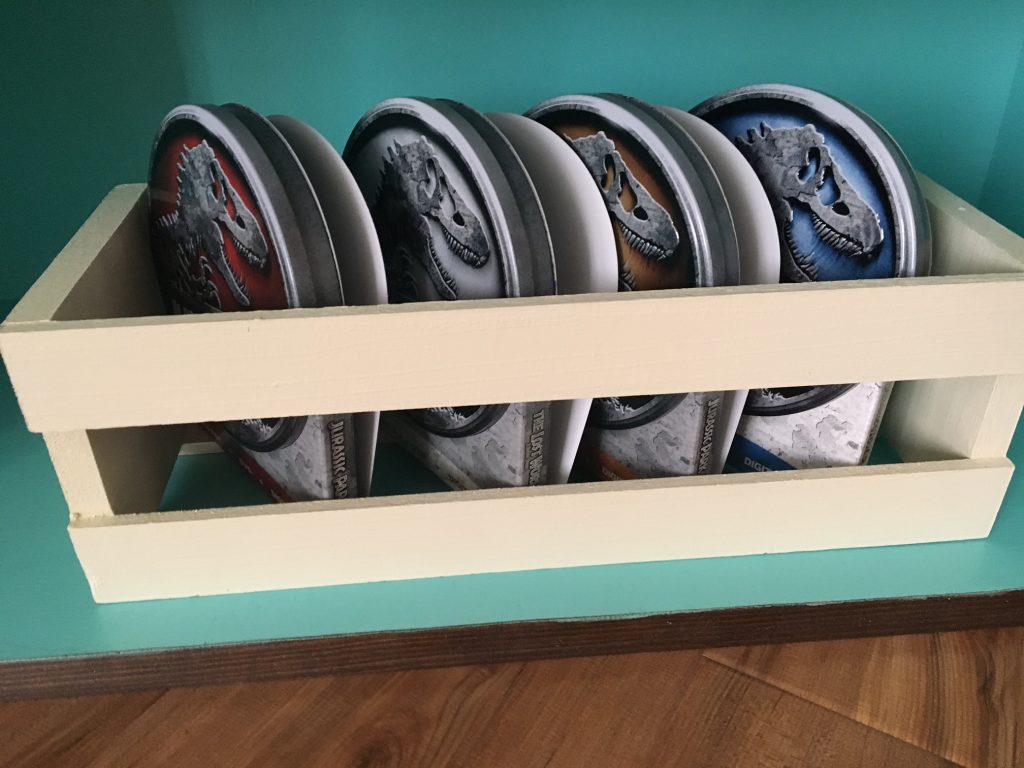 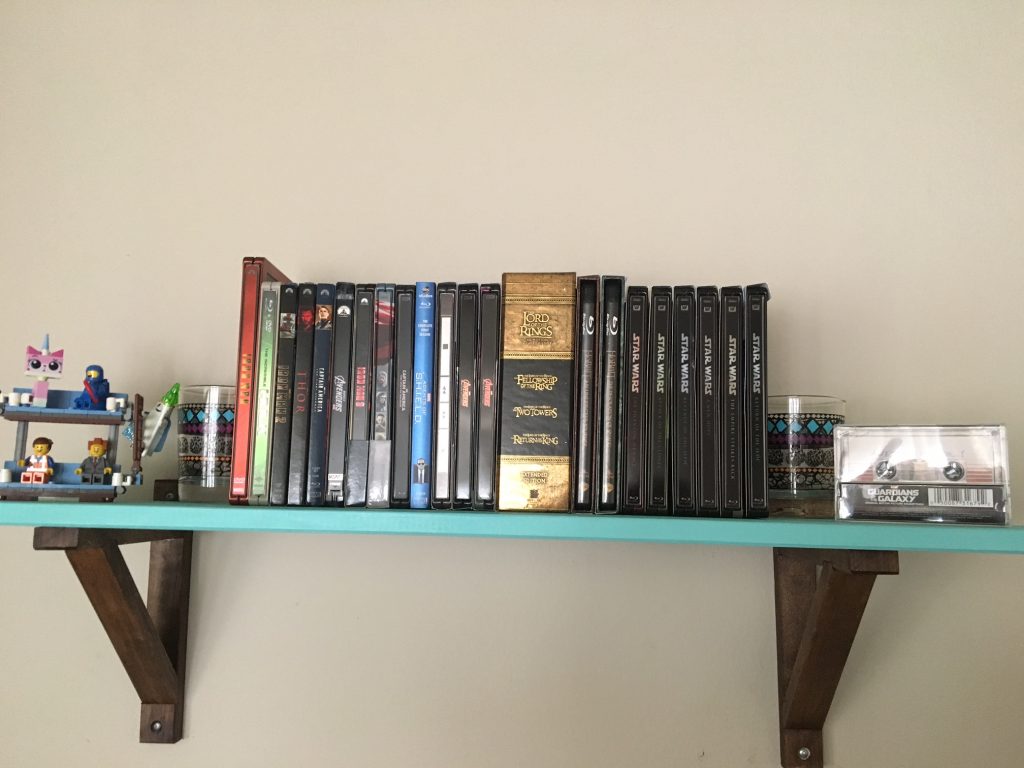