Let’s kick the week off with another edition of Meet The Collectors!

Today it’s the turn of Daniel Kietzmann to tell us all about how he got started in the steelbook collecting world.

And now, over to Daniel

I can’t remember my first purchase but I know it was from eBay a few years ago. I had just bought a new TV at the time and was delving into the world of HD and 3D for the first time and after seeing the difference, I decided to get all my favourite movies on Blu-Ray.

Almost entirely by accident, one of the ones I bought was a steelbook and not even a good quality one, but it got me into them and I ended up selling most of the non-SteelBook collection and replacing them with Steelbooks. I still have a few normal Blu-Ray such as the Harry Potter set which is waiting for a decent UK SteelBook release.

Not really, but if I had to choose, it would probably be either Iron Man, Captain America, or Thor. All three have excellent finishes on them with Iron Man probably taking the top but only by a small margin. It has a really nice brushed effect red background which really makes it look good. Thor is also nice because of the contrast between the matt black background and the gloss image of Thor, you can’t see it in the pictures but in person, it just looks great! I like Captain America purely for the artwork on the front, really simple but yet there seems to be so much detail.

No, definitely not. I have put up a set of 3 shelves which can comfortably handle 110 in each as standard so I have a theoretical maximum of 330 Steelbooks and then I’ll start selling off my least favourites until I’m left with the best of the best. Getting any I don’t really want would just mean I have to sell them later to make room the good stuff.

I already have, a few times. A good example is the Guardians of the Galaxy cassette tape thing. It’s really not done well at all and I’m hoping to pick up an alternative version as soon as I can. When they release the sequel, it better have a similar cassette theme or my OCD is going to start making me twitch…

There are a few but aside from the Harry Potter set (which does have various international releases but no full UK set) I would really like to see Master and Commander and maybe a proper UK/English version of Waterworld. The one I have is Dutch and has writing all over the back, I prefer the clean look.

They are on cabinet shelves that can close, so sort of both. I can flip the lids open at any point and see the whole collection but I also tend to keep them in protective sleeves. Every single one I have is either mint or so close to it that no sane person can see the defects and you’ll be surprised at how many brand new ones I’ve opened that have manufacture defects. I’ve even had times where I have purchased multiple copies of a Steelbook just to swap out the front and back covers to get a single one that meets my high standards.

Nope, although I do seem to be inadvertently collecting quite a bit of body fat since I started watching so many moves a few years ago. I really should get out more.

Friends don’t really comment on them and we rarely have friends over just to watch movies but my wife at least gets to watch them with me so she does like them. If she ever did the math on how much 244+ Steelbooks would cost over the last few years, even with a very conservative estimate, she might have a bit more to say about it… I hope she’s not reading this…

Many thanks to Daniel for sharing, and, just in case his wife is reading this – these things really aren’t that expensive. £5 tops. Honest… 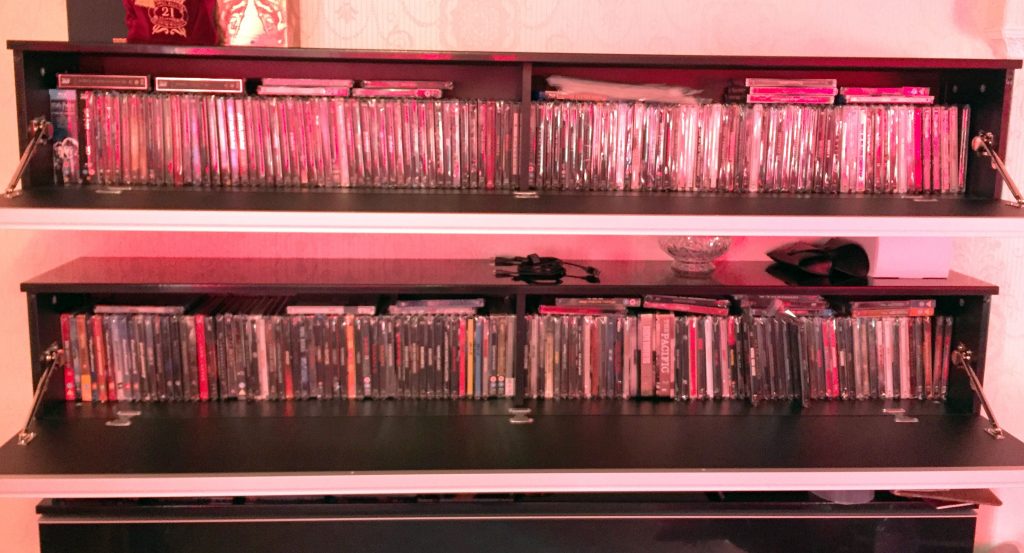 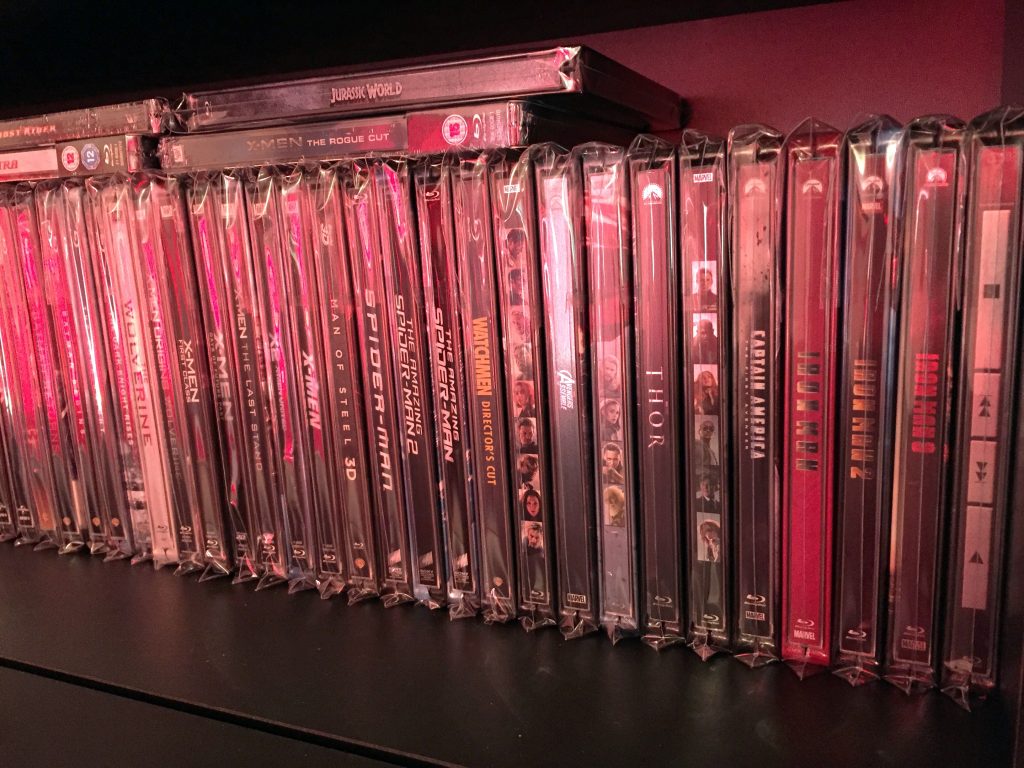 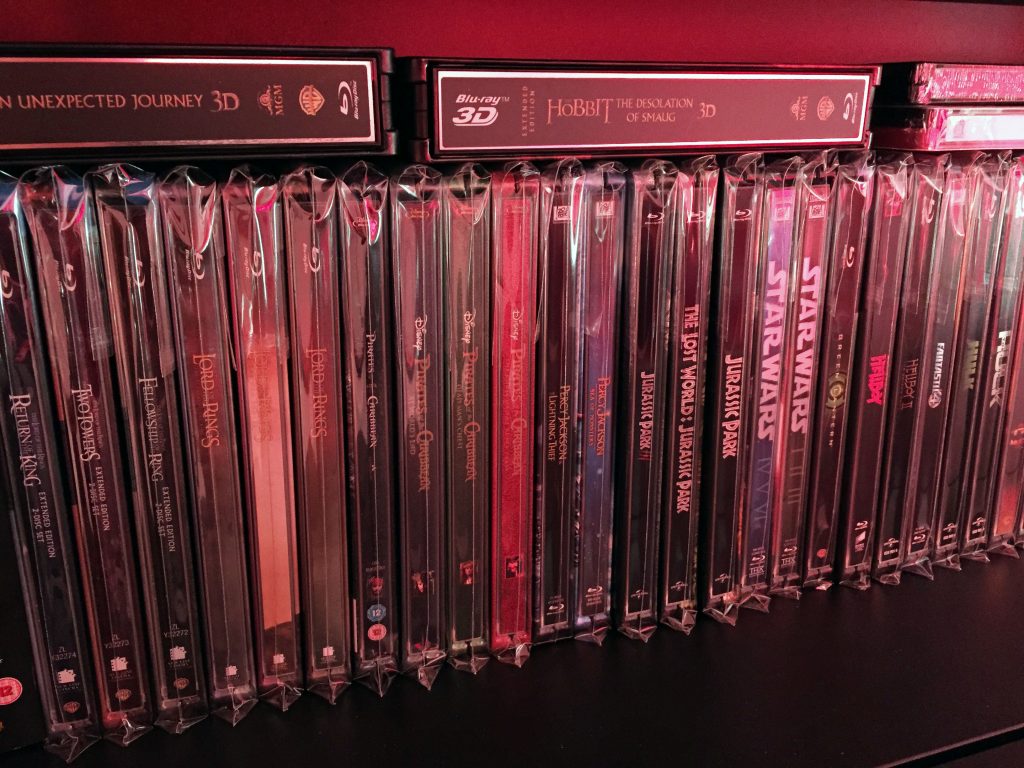 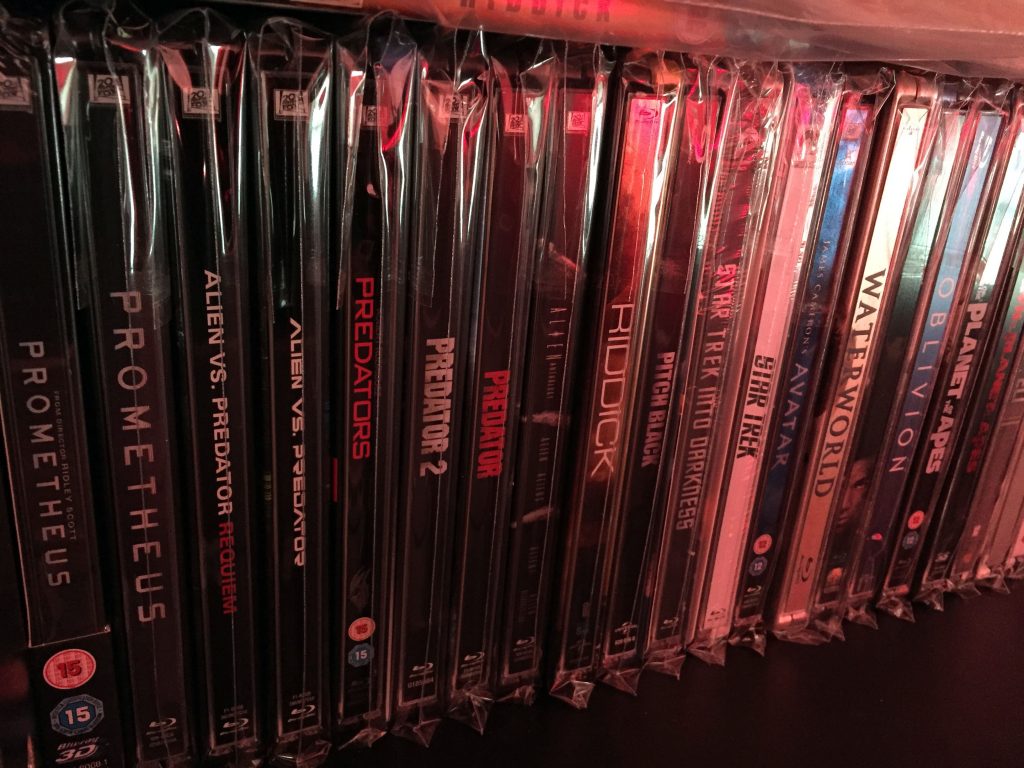 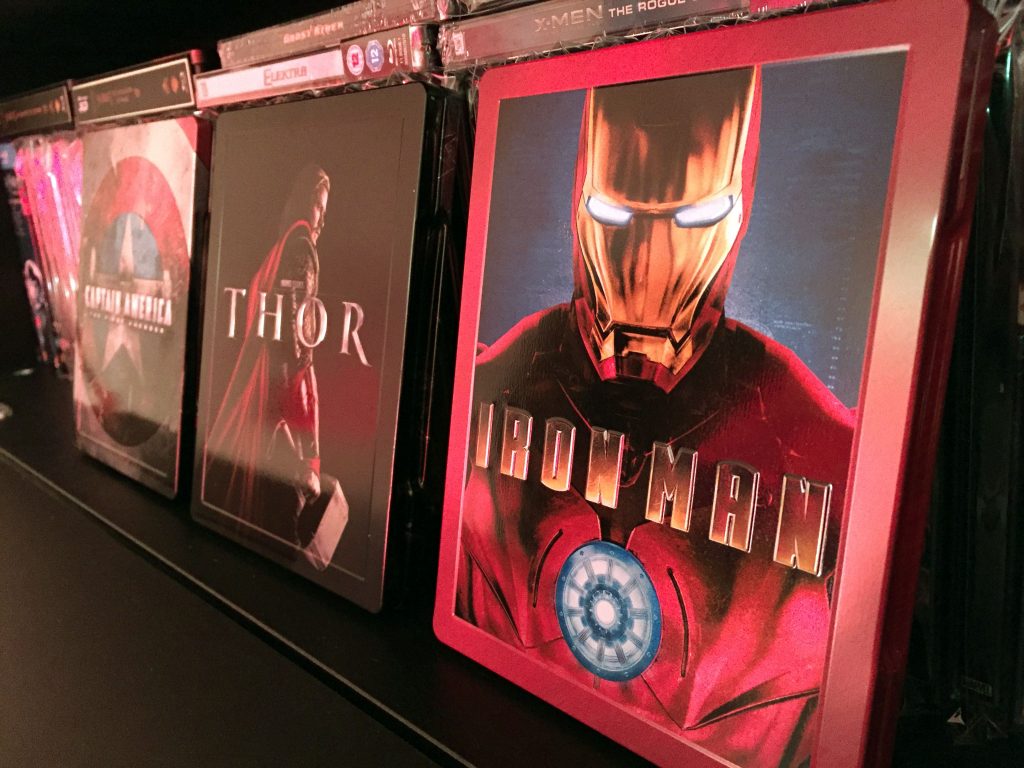