From producer J.J. Abrams come the third instalment to the new Star Trek films, with all of the main crew returning (Chris Pine, Simon Pegg, Anton Yelchin) with the additions of Idris Elba and Sofia Boutella. The USS Enterprise crew explores the furthest reaches of uncharted space, where they encounter a mysterious new enemy who puts them and everything the Federation stands for to the test.

For Star Trek’s 50th Anniversary, the pressure was on. While the 2009 Star Trek reboot was a critical and box office success, the follow up Star Trek Into Darkness fared less well, at least with critics. As nice as it was to see Leonard Nimoy again as Spock ‘Prime’ and Benedict Cumberbatch as a re-imagined Khan, a franchise can only get by on familiar past glories for so long. It needed a breath of fresh air.

Thankfully, Star Trek Beyond is just that.

The story joins the crew deep into their fabled five-year mission, as they answer a distress call that turns out to be a setup for an ambush. After a devastating attack on the Enterprise, the crew are split up, stranded on a remote planet with no apparent way to get home. As they fight to regroup, Krall, the alien warlord who attacked them, tries to track down an ancient relic that was on the Enterprise, and is a key component for a new super-weapon that he’s building, in order to bring down Starfleet.

With JJ Abrams stepping away from director duties (some other sci-fi franchise rebirth was keeping him busy, apparently), Fast & Furious series saviour Justin Lin came on board for this instalment, and it was a great choice, ably assisted by the writing team of Simon Pegg and Doug Jung whose script hits all the right notes.

Lin directed F&F films 3 to 6, turning that series into a box office juggernaut, and showcasing a great knack for handling big action set pieces, as well as giving a fair share of screen time to all members of an ensemble cast.

As you’d expect from the Lin, action scenes are extremely well choreographed, with a seamless mix of practical and CGI effects, and the destruction of the Enterprise is a particular highlight. We’ve seen various versions of the ship crash over the course of the movies, but here you’re right in the think of it.

Most of the cast get their moment in the spotlight, especially Karl Urban and Zachary Quinto and McCoy and Spock respectively, who FINALLY get to have the kind of love/hate/respect relationship that developed over the decades of classic Trek. Unfortunately, Zoe Saldana as Uhura and John Cho as Sulu get a raw deal here again, with underwritten roles. Maybe next time…

New villain Krall is a little disappointing. The incredible Idris Elba brings an imposing physicality to the role, and, despite being under a ton of prosthetics, his performance really comes through. Again though, more could and should have been made of his back story and motivation. Without giving too much away, while his beef with Starfleet is understandable, for me more could have been made of it, especially as Pegg and Jung stated in interviews that they wanted to explore the very philosophy of Starfleet and what it stood for.

Anyway, all of that said, this is probably to most out-and-out enjoyable of the three reboot movies. After setting up the characters and their dynamics in the first two films, this movie just sets out to have fun, and it certainly achieves that.

Video
As with any newly produced movie, it really goes without saying that the transfer on this release is absolutely top notch.

Tons of pin sharp detail is on show, with punchy, bold colours and excellent black levels. There’s really nothing bad to say about this one.

Audio
If ever you were looking for an excuse to get a surround sound system, then this disc will give you all the reasons you need.

During the (few) quieter moments you can literally hear a pin drop, with even the quietest audio details perfectly audible, but when the action kicks in it goes to different level entirely.

Directional effects are spot on, with pin sharp placement of sounds through the room, while there are some moments of window rattling bass. Through it all dialog is clear, while the excellent score compliments the on-screen action perfectly.

Extras
Star Trek Beyond arrives with an OK set of extras, which in total last just over an hour, starting off with a pair of deleted scenes, totaling just over 1 minute. These are just a couple of small character moments, and pretty inconsequential.

Next are a series of featurettes, “Beyond The Darkness”, “Enterprise Takedown”, “Divided and Conquered”, “A Warped Sense of Revenge”, “Trekking in the Desert”, “Exploring Strange New Worlds”, “New Life, New Civilisations”, and “To Live Long and Prosper”, which collectively look at the production of the film, from new franchise director Justin Lin, the development of the story with writing team Doug Jung and Simon Pegg, the movie’s new villain, location filming, production design, effects, and the legacy of Star Trek.

None of them last very long, and they are a bit lacking in depth – there’s no discussion, for example, of the version of the film that was developed then abandoned when writer/director Roberto Orci left the project – but taken as a whole they offer a fair look at all work that went into the making of the film. It’s clear that all those involved in the film wanted to make it honour the history of the franchise, especially in its 50th Anniversary.

The final featurette is a short dedication to actors Leonard Nimoy and Anton Yelchin, and it’s clear just how much they both meant to the cast and crew.

The extras are rounded out with fun gag reel, the highlight of which is a Chris Pine briefly going full Shatner in the captain’s chair.

Packaging
The Star Trek Beyond Steelbook is available from a range of retailers, but Zoom are including an exclusive extra in the form of a superb lenticular magnet.

The Steelbook itself is a stunner, with beautiful art on the front and the rear, and strong, vivid colours. All topped off with a very nice finish.

Complimenting this is the lenticular magnet, which utilises different – but equally impressive – artwork. Thankfully the magnet covers the entire front of the Steelbook, so no pesky art peeks through from underneath.

The steelbook itself is a definite contender for best looking release of the year, but with Zoom’s addition of the lenticular magnet at no extra cost, there’s really no reason not to buy it.

Summary
Star Trek Beyond is a great, fun film that moves at a cracking pace.

Behind the scenes, it’s clear how much passion went into the making of the film, while much better – though by no means perfect – use is made of the cast.

Technically the disc is a stunner, with very impressive video and audio, with a decent selection of extras.

With the steelbook packaging, Paramount have excelled themselves, with a stunning looking release. Zoom’s exclusive lenticular is the icing on the cake, making their edition a no-brainer. 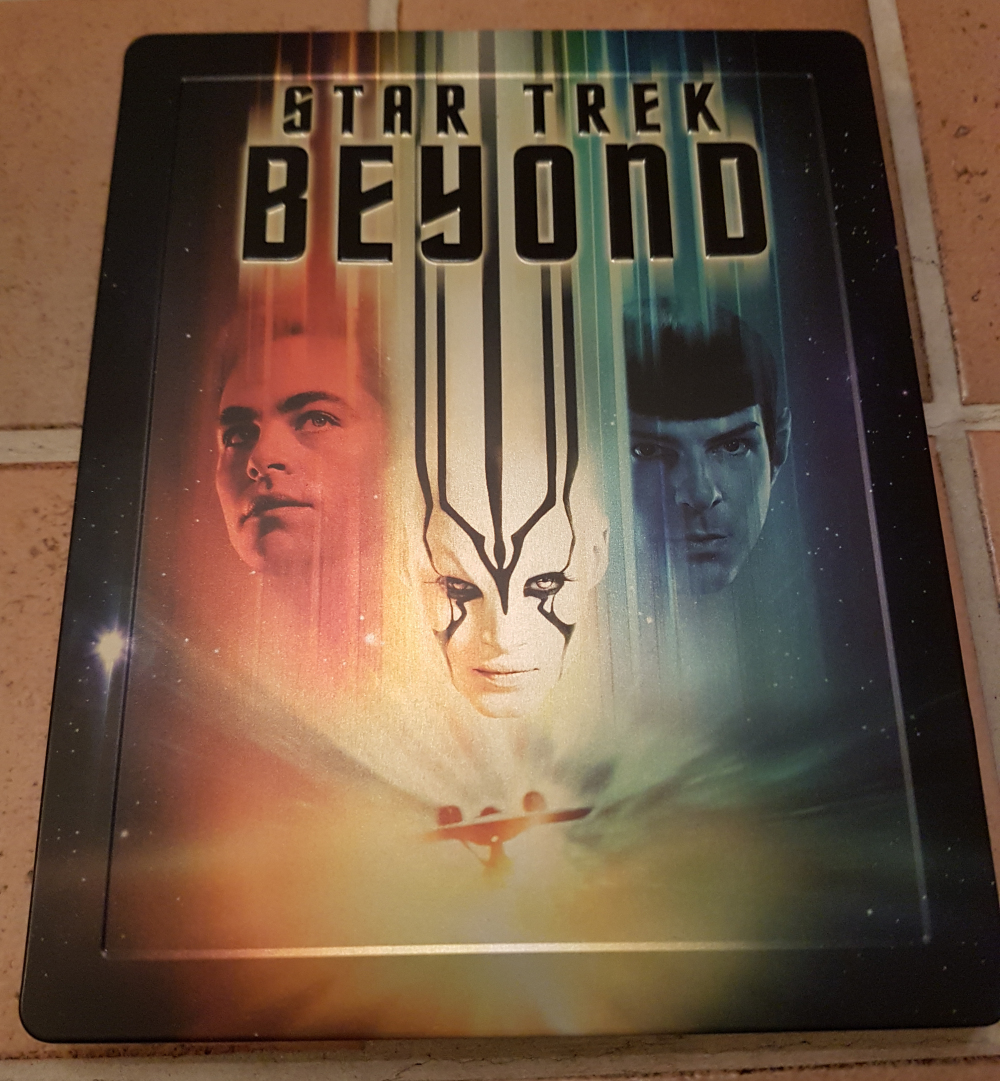 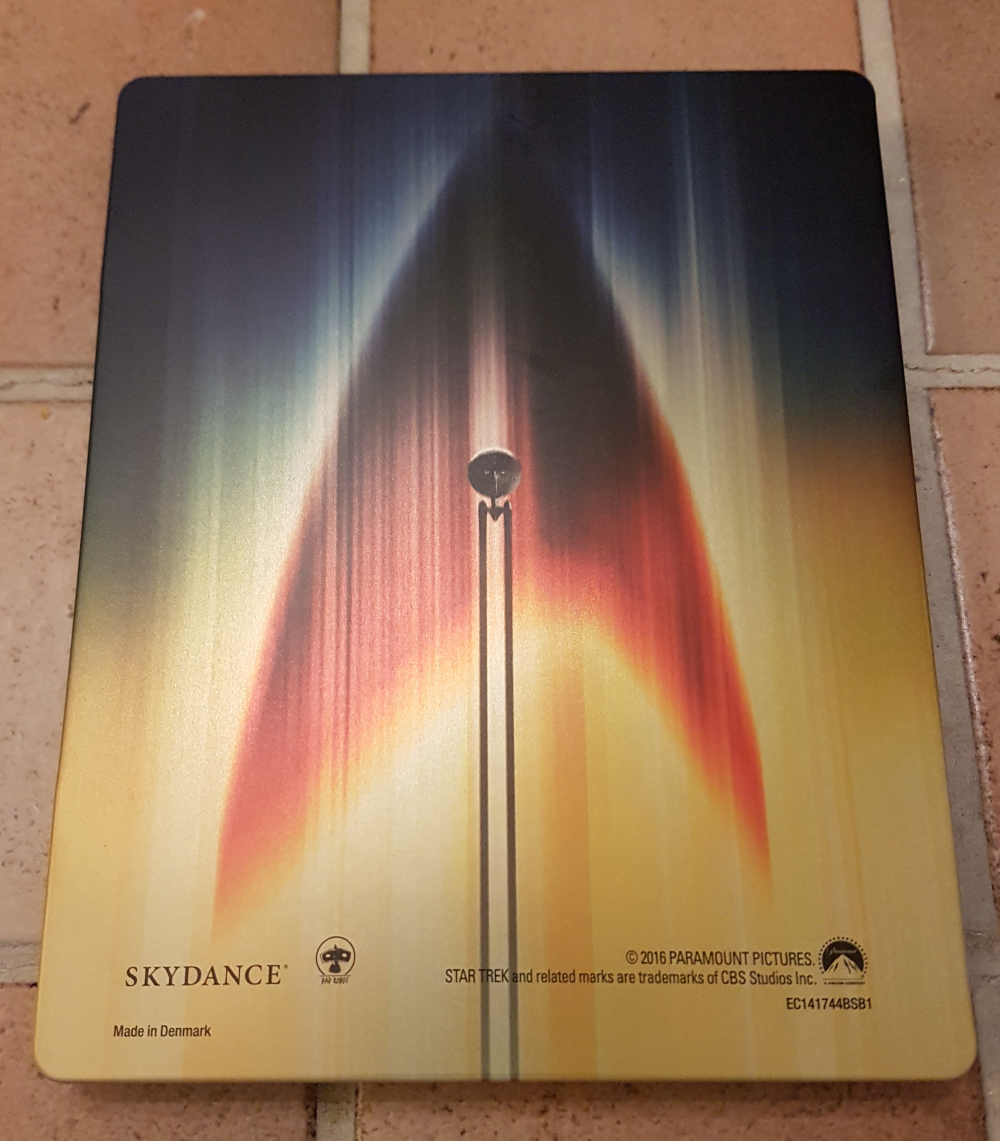 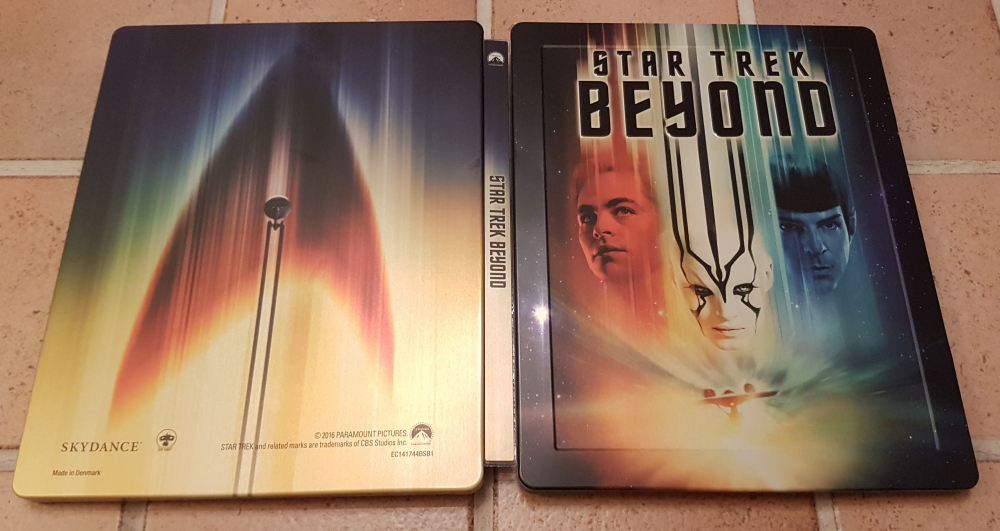 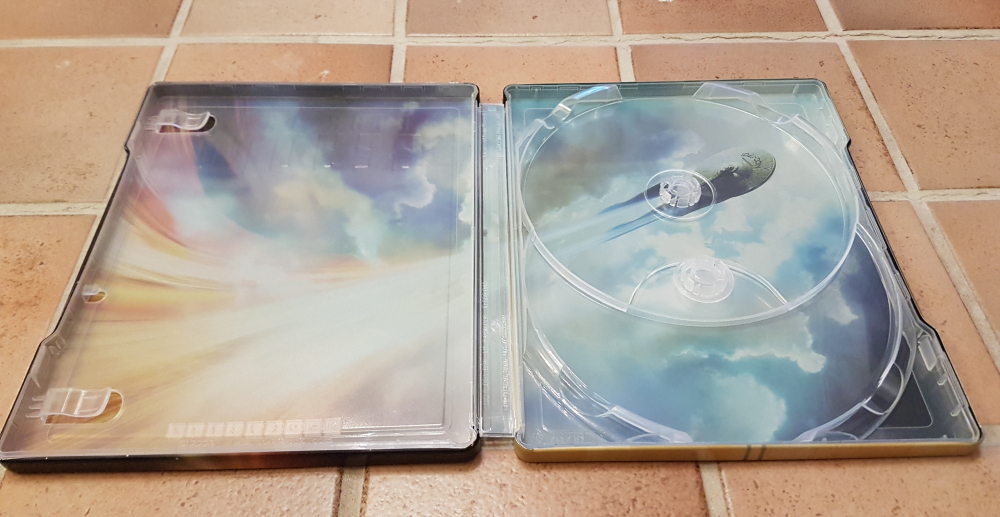 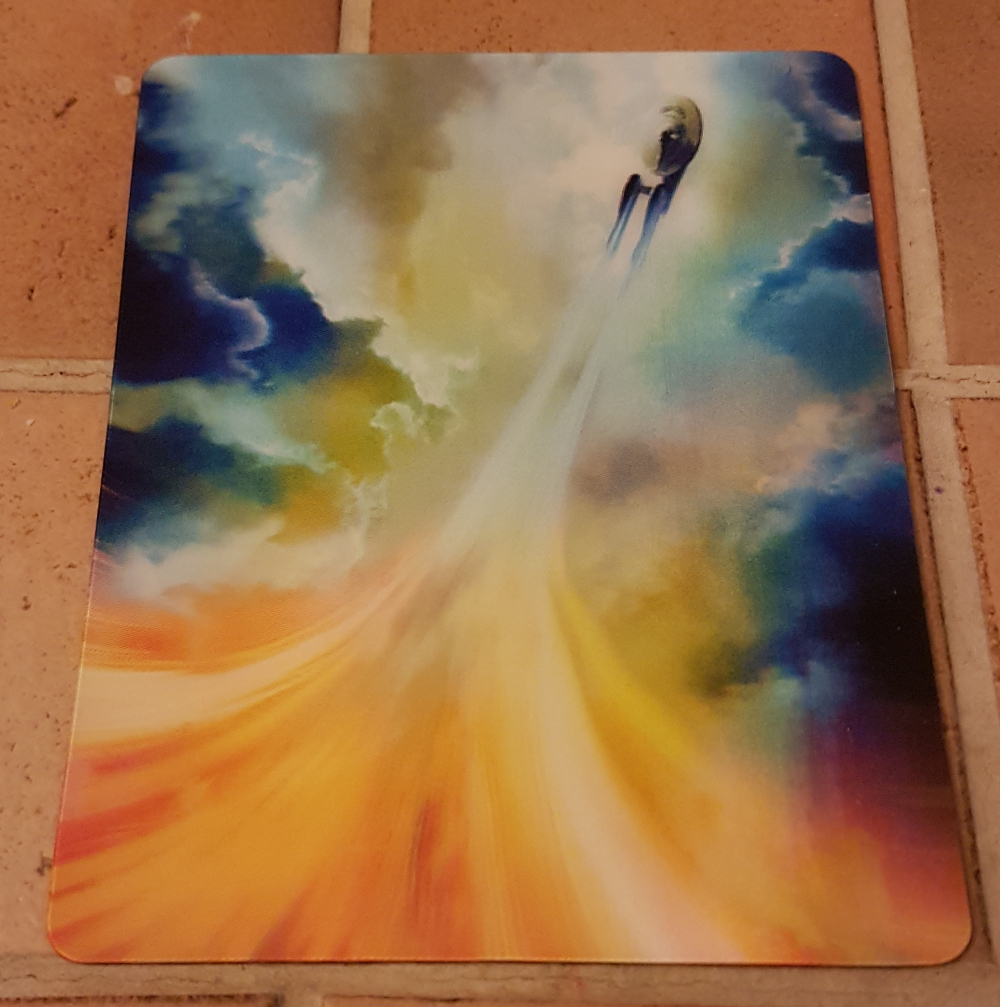