Welcome back to our Meet The Collectors series, and we start 2016 with Clark Piggott, who gives us a great run-down of his history with movies and collecting.

I’ve loved films since I can remember… Since the age of 6 or 7. I’ve watched all sorts when I was young (my parents allowed me to judge for myself at a young age…) from Robocop to lady and the tramp, E.T to monster squad, lethal weapon to fright night. My dad liked movies and this sort of got me into my passion for film and cinema.

My first real foray into collecting was DVDs. My first DVD was Three Kings with Mark Wahlberg. For some reason I liked the packaging of the Warner bros. releases and allowed me to have a nice, neat collection. Then I expanded with titles such as The Matrix Collectors Edition, The Abyss (Van Ling had the best DVD intro menu’s for the time…), T2, Fight Club – all with a type of artwork for packaging.

I’ve always liked editions and sleeved packaging. My first type of steelbook was
T2: Judgement Day – Ultimate Edition on DVD. This was one DVD that I purchased instantly, even though funds were limited as a teenager! It was the most beautiful case I had because it mimicked the T-1000 and was an instant film reference.

Since then I have sold all of my DVDs and replaced the ones I’m really passionate about with Blu-ray – films that remind me of childhood, nostalgia or simply a great film geeky or not. I now only buy films that I feel I can watch and appreciate, that hit me emotionally or had me invest in the characters and story – an example being I loved Hard Target with Van Damme when I was a kid, watched it on Netflix recently and it was a shocker, nothing to note apart from Van Damme’s hair and John Woo’s classic gun kata stylised violence!

My first Blu-ray was Sleeping Beauty (diamond edition, U.K.) and it was just the perfect packaging. I love any type of packaging that adds value and represents the film perfectly. This sleeping beauty edition was a foil and card sleeve with a hologram effect cover. A real stunner…

My first steelbook was Harry Potter & The Deathly Hallows Part 1. I mainly bought it because every other Harry Potter edition sucked and this had class. It shows a great shot of the character Voldemort using the elder wand and was the perfect image to capture the high stakes in the movie. From this point on, I was always on the lookout for steelbooks. So I added District 9 steelbook which again captured the movie perfectly, with guerrilla style artwork and brush effect for a battle worn feel. I’ve added to my Blu-ray collection where I felt it was worthy and not just adding for the sake of it.

It is a small considered collection but passionate and geeky nonetheless.

I also love ‘O-ring’, digibook and card sleeves in a similar fashion.

My personal favourite steelbook is The Rocketeer, BUT I do not own it because I was too slow to buy it and it still haunts me. However, the title of ‘favourite steelbook’ goes to Guardians of The Galaxy – cassette tape edition. It is almost like minimalist poster artwork or a very subtle geek hint about the movie with no spoilers. This is the perfect example of artwork that I would look for.

As a graphic designer I look for everything such as composition and layout. Other notable editions are Tron Legacy (beautiful artwork) The Terminator (Zavvi edition, retro painting style), Legend (Ridley Scott), Jaws (replicates 70’s artwork on a modern casing perfectly) and Akira (clean and retro looking).

No. I believe if you hated the movie, there is no way they can represent an artwork that would be to your liking. Even if there was a clever design, it still would not be appreciated because you have poor feelings towards the movie. Best example being the new Star Wars steelbooks… I would only want the original trilogy but I really like the approach to the artwork, however I’m not a big fan of the prequels and they won’t add anything to the collection bar an artwork that can be appreciated but not loved.

I’m sure purist artwork fans would disagree. I’m just not that keen on over stuffing my collection for the sake of a trilogy or to complete a set. For me you have to love that movie to buy the steelbook. For example, I only have Jurassic Park/World steelbooks and not Lost World or JP III…

(For Star Wars, they should just use Olly Moss poster work for the original trilogy…)

I have bought a few steelbooks that I regret buying that I have had second thoughts on the artwork. But any steelbook must be better than a standard Blu-ray sleeve…

I have bought steelbooks that I look back and regret buying such as Immortals (visually stunning film, poor movie) or The Last Samurai (only £6.99 but I love the film and was better than a standard Blu-ray case). Overall I’m happy with my choices.

I feel there are quite a few movies that deserve steelbooks, but honourable mentions must go to The Abyss, Monster Squad, True Lies, Titanic, Sam Raimi Spider-Man trilogy, Heat and Forrest Gump to name a few…

Labyrinth (David Bowie) is out soon and looks stunning, that would hav been on my list.

Partly both, it is neatly away but on display. They are in a certain order, Disney with Pixar, box sets, comic book movies, directors, trilogies etc…

I do like technology. Especially speakers for my movies (I have some Bowers & Wilkins to show off my favourite thing in movies… Sound design/original scores)

My wife thinks it’s better to spend my money on something I’m passionate about and enjoy it while it lasts (we are having a little girl soon… But at least my Disney collection will be passed on… My way of passing the torch!)

My friends just think I’m a geek who they can use, such as a Blockbuster video or Barry Norman type character. I accept it.

Thanks to Clark for that, and remember, if you’d like to be featured in a future article, please get in touch here. 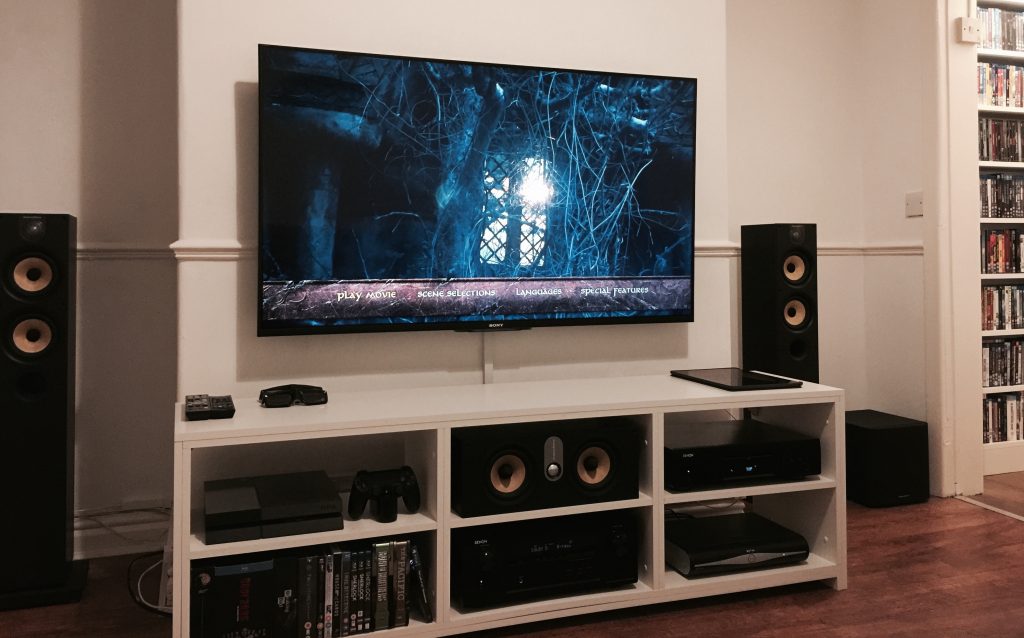 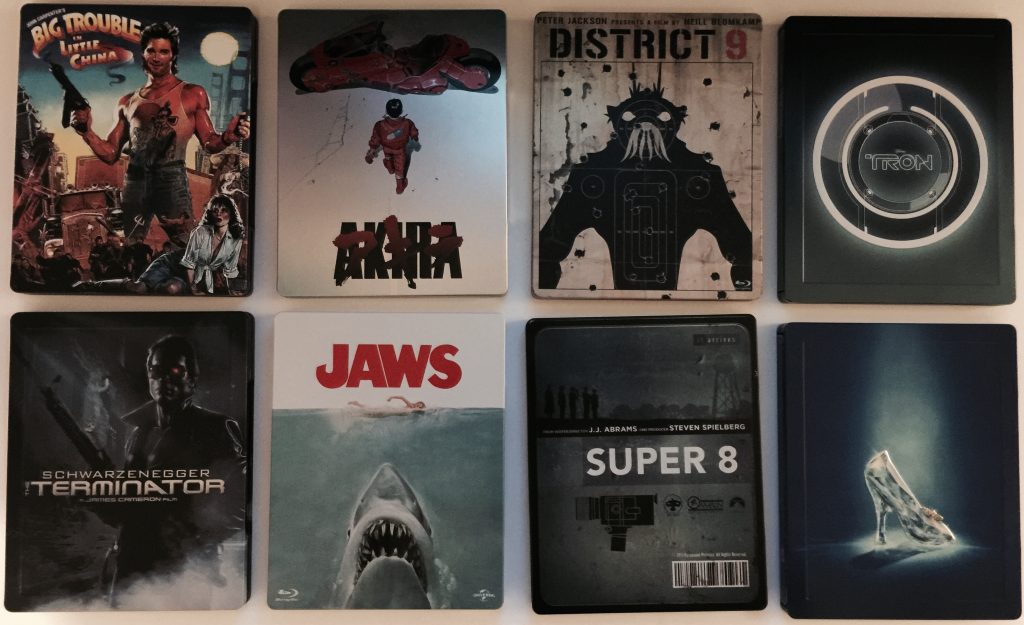 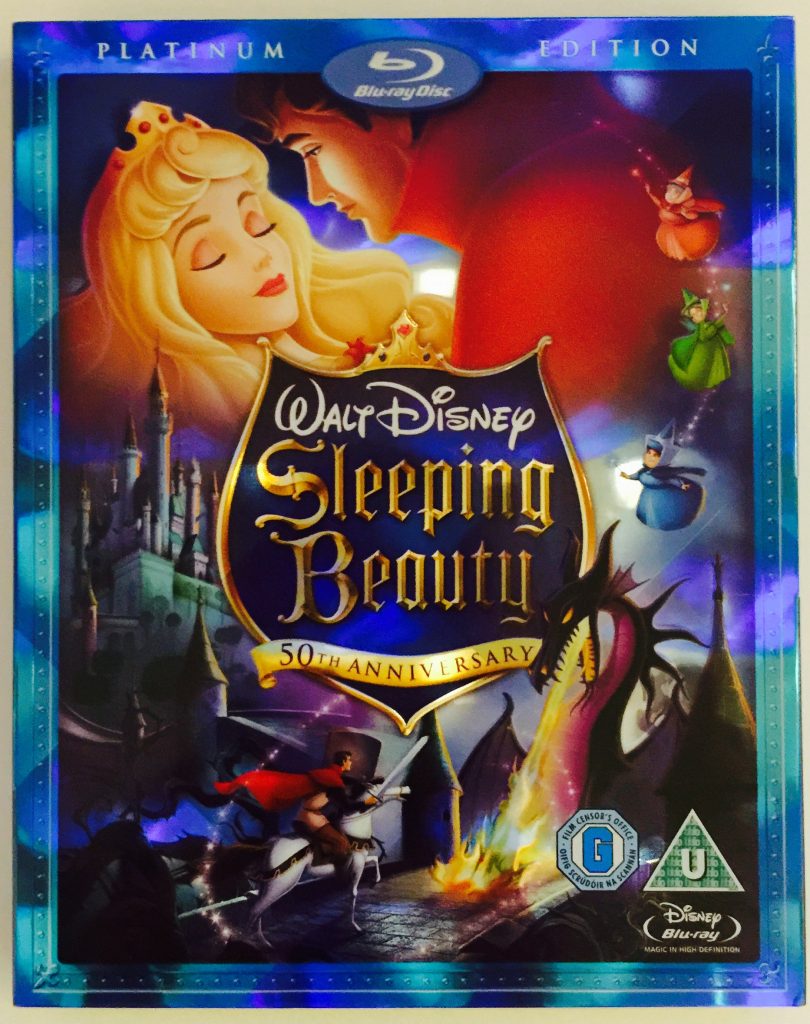