This title will be released on April 10th, and pre-orders will be live here from around 6pm UK time on Saturday March 25th (ignore the ‘sold out’ button before then).

Film
1995. Super-producer duo Simpson and Bruckheimer need a director for their long in development buddy cop action movie Bad Boys, about two cops investigating the theft of a huge heroin haul from their station lock-up, as a vehicle for the then TV-bound Will Smith and Martin Lawrence.

Michael Bay, a 28 year old commercials and music video director is looking for his cinematic big break. While the budget’s tight, and the script leaves a lot to be desired, Bay is keen, with a strong visual style, and the stars have an easy chemistry. Several big screen careers are launched.

Looking at some of the “films” that Bay has brought us since of course, including Pearl Harbor and the Transformers series, one can easily sympathise with those who wander how the world might benefit from a time machine visiting Germany in the early 1930s.

While Bay’s recent films have had huge budgets in the 100s of millions of dollars, they’ve been bloated, flabby, and ultimately dull, pieces of work.

By contrast, Bad Boys had a very modest budget (Bay says $17m, other estimates put the figure at $19m). This clearly forced him to be far more efficient, with generally well-choreographed and tightly edited action scenes, and of course his trademark visual style that would be honed and “perfected” in later films. Some of it quickly becomes cliché, in particular his habit of filming drivers in car chases with a shaky camera and extreme close-up, and of course those all-important slow-mo shots.

What saves the film is the fantastic chemistry between the two stars, who improvised much of their dialog. Smith and Lawrence make a great team, and while the movie sometimes stops dead to showcase some of their top bants, on the whole it’s their performances that save it, resulting in a huge hit, and the rise of Michael Bay. So yeah, thanks for that, lads…

Video and Audio
Bad Boys has been around on Blu-ray for a while, though the disc included here is apparently sourced from a recent 4K re-master.

Given the film’s age and modest budget, this new transfer isn’t going to be at the top of the list when it comes to demo material, but, while the image isn’t pristine, it’s certainly good enough to capture plenty of fine detail.

There’s some film grain on display, which gives the image a nice, natural feel, while colours are nice and punchy. Black levels are good, with a decent amount of shadow detail on show. Look closely and you’ll spot some occasionally heavy-handed edge enhancement, but on the whole the transfer does a great job of reproducing Bay’s stylised, glossy mayhem.

Be aware though – if you’re expecting a razor-sharp, 4K-sourced image, you’re going to be disappointed.

On the audio front, again we get a good, if unremarkable soundtrack. The primary track is presented in 5.1 DTS-HD Master Audio, which ticks all the boxes in terms of dialog clarity, directional effects and low-end grunt.
During the action scenes, gunshots and bullets fly in from all directions, while your sub will get a good workout throughout.

As befits a Michael Bay film, the soundtrack lacks a little subtlety, but then again this is Bad Boys, not Remains of The Day…

Extras
The disc only includes a small number of extras, but two in particular are very good.

First up is a commentary from Michael Bay, carried over from the old DVD release. Recorded around the time of the production of Bay’s Pearl Harbor, this is actually a very interesting listen. Bay talks about his struggles with the limited budget, which included not even having a finished film for the first test screening, and literally watching the clock every day due to an extremely strict filming schedule. One unexpected info nugget is that before Bay took over, a previous director had Dana Carvey and Jon Lovitz lined up to star.

Next up a behind the scenes feature, lasting just over 20 mins, that takes look at the physical effects of the film. Fortunately, the film came out just before the proliferation of unconvincing CGI blood and explosions, so it’s nice to see real mayhem happening on-screen.

Three music videos follow, which may or may not be your thing, while the extras are rounded out by the teaser and full theatrical trailers.

Packaging
This new steelbook looks very good in the flesh.

The artwork’s nice, while the finish includes spot UV on the characters, title & badge. Debossing can be found on front bullet whole, and the rear badge design.

All in all, a very good presentation.

Summary
It’s a shame the film hasn’t been given a proper remastered and feature-packed special edition release, especially considering its recent 20th anniversary.

That said, the video and audio presentation are certainly good, and obviously a huge step up from DVD, while the two main extra features are both very informative. 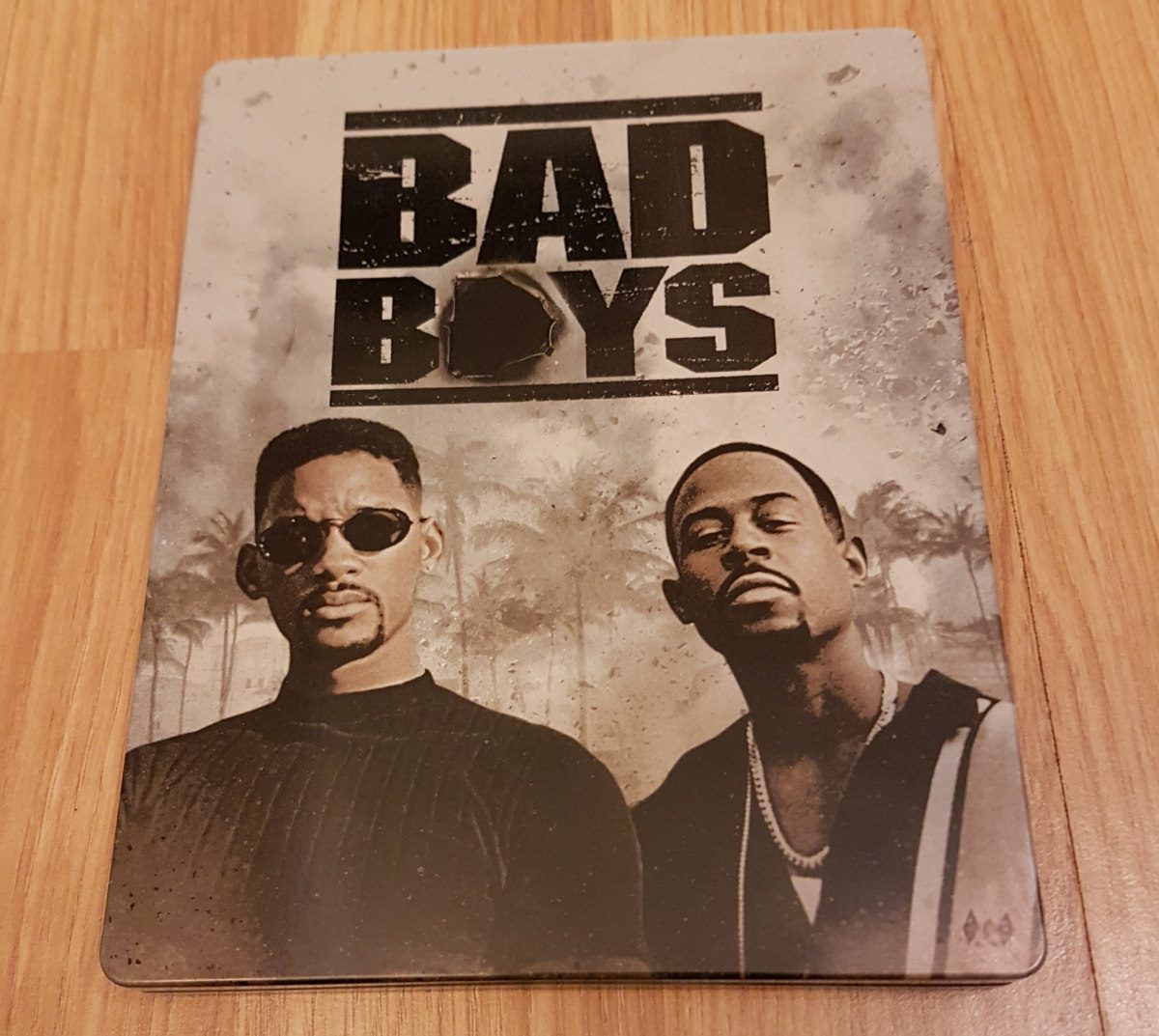