Film
Made in 2008, Lake Mungo explores, in documentary style, the aftermath of an Australian small-town tragedy, as 16 year old Alice Palmer’s family – mum June and dad Russell, and brother Matthew – struggle to cope following her death at a local beauty spot. Their efforts to recover and move on aren’t helped when images of Alice start to appear in photos and video taken long after the event, and as they search for answers it soon becomes clear that her life was just as darkly mysterious than anything that happened after her death.

While the thought of a fake documentary may cause eyes to roll – just how many more fake docs and found footage movies do we need? – Lake Mungo manages avoid every single pitfall of the genre.

Writer/Director Joel Anderson and Director of Photography John Brawley nail the technical and visual elements perfectly. Mixing lush, slow, moody establishing footage filmed in and around the town, early mobile phone footage, TV news reports (actually produced by a real local TV news crew, who were told to cover the fictional events as if they were real), family movies, and interview footage with the family, friends, police and so on, they don’t put a single foot wrong.

Of course, you can get the look and feel right, but a film like this lives or dies on the performances from the cast. The group was largely unknown at the time, but every single one is spot on, especially David Pledger as dad Russell, and Steve Jodrell as Ray, a psychic brought in by the family, who may or may not be a fraud. While Anderson completed a story outline, very little dialog was written, leaving the actors to improvise their roles, often in response to questions from Anderson himself as the off-screen interviewer.

As with 2020’s Host, and its use of Zoom to frame the story, Lake Mungo’s filmmakers use all the techniques – and work brilliantly within the limitations – of the documentary format to produce an utterly convincing fake. Stick this on Netflix, or one of the myriad documentary-focused TV stations, and Lake Mungo is virtually indistinguishable from any true crime or unsolved mystery doc you’ll find there.

Is the film scary though? Your mileage and tolerances may vary of course, but I would say not so much. However, it’s brilliantly atmospheric and unsettling, and slowly but surely gets under your skin as the film goes on. There are certainly some ‘wtf did I just see’ moments, but thankfully they’re free of attempts to force a scare. It’s a film that slowly creeps up on you right to the end, rather jumping out in front of you waving its arms every five minutes.

In fact, Lake Mungo is just as interested in exploring the effects of grief as it is in unsettling its audience, and ends up doing does both brilliantly.

Despite good reviews and festival success at the time, Lake Mungo more or less disappeared after its original release, and Joel Anderson hasn’t made a film since. However, over the years its reputation has deservedly grown, and now Second Sight are giving it their usual lavish Special Edition treatment – something that must have seemed unimaginable given the box office performance back when it was released.

Video
The video presentation on this release is very pleasing on the whole. The ‘documentary’ footage, shot on 16mm, has light grain throughout, but it’s nice and sharp, with plenty of detail.

The film also makes use of other formats throughout, including tape, and early, low-resolution camera phones. The picture quality obviously drops during these segments, with plenty of video noise and blocky pixilation, but within the context of the film they’re fine, and work well to pull you in and re-enforce the realism.

Colours are a little over-saturated at times, but never to the point of being distracting, while contrast is solid, with plenty of shadow detail helping to draw you in, and heighten the tension.

Audio
Lake Mungo gets a full 5.1 DTS Master HD audio soundtrack, but look elsewhere if you’re hoping for home cinema demo material. Give the documentary format, the most important thing to know is that dialog is clear through throughout.

When the additional channels are used, they’re very effective. Music and atmospheric noise nicely fill out the sound stage, often accompanied by a subtle low end from the bass channel, which helps add to the unsettling tone.

Extras
As is usual with Second Sight, Lake Mungo comes with a great selection of extra features.

First up is a pair of excellent audio commentaries – the first is an archive track from Producer David Rapsey and Director of Photography John Brawley, the second is a new one by

Alexandra Heller-Nicholas and Emma Westwood. Between them these tracks give us a ton of info on the film, covering it’s development and production, its place within the horror and ‘found footage’/’mockumentary’ genres, and more. Both are well worth a listen.

A trio of new interviews follow, running around 90 mins in total. ‘Captured Spirits’, with DoP John Brawley, ‘Ghosts in The Machine’, with Producer David Rapsey, and ‘A Cop and A Friend’, with actors Carole Patullo & James Lawson, offer a range of perspectives on the making of the film.

For people like me, who like to know the more technical aspects of film making, Brawley’s interview is definitely the highlight here, as he goes into great depth on the technicalities of filming, camera choices and lots more. Meanwhile, David Rapsey talks about his involvement in the development of the film, getting funding off the ground, production logistics and so on.

Next up, we get approx. 45 minutes of filmmakers Justin Benson and Aaron Moorhead, creators of the fantastic ‘The Endless’, and Rob Savage, director of ‘Host’, chat about their love of the film, how they first came across it, and the influence it’s had on their work. It’s always great to see filmmakers get genuinely excited about movies that have they have been affected and influenced by, and these three are no exception.

Next we get a couple of interesting video essays, running just under 30 minutes in total. ‘Simulacra and Spirits’, by Josh Nelson, and ‘Autopsy of a Family Home’ by Joseph Wallace explore the various themes of the film, and the techniques used to bring them to the screen. Both pieces offer interesting takes on the film, and are well presented and thought out.

Rounding out the on-disc extras are a selection of deleted scenes of varying significance, from smaller additional character moments that don’t really add much, to more extreme horror elements, that just edge slightly outside the carefully constructed ‘reality’ of the film. All in all, they’re most certainly a welcome addition, and, as is often the case, illustrate just how important the editing process is when arriving at a final version of a movie.

Packaging
Once again, Second Sight have gone above and beyond in giving Lake Mungo the treatment it deserves. Though it’s not a Steelbook, the Blu-ray case is housed in a rigid slipcase with some very evocative artwork by Thomas Walker.

Inside the slipcase you also get an exclusive 80-page soft cover book with new essays by Sarah Appleton, Simon Fitzjohn, Rich Johnson, Mary Beth McAndrews and Shellie McMurdo; an interview with actor James Lawson by Alexandra Heller-Nicholas; and a selection of rare behind-the-scenes photos.

Summary
I’d never seen this film before, and, ashamed as I am as a horror fan to admit, had only recently even heard of it, but better late than never – it’s a phenomenal piece of work.

Far from being ‘just another found footage horror’, Lake Mungo rises above the usual genre traps to become something truly unique. Joel Anderson coaxes almost faultlessly natural performances from his cast, and expertly employs the tropes of the modern documentary style. In an era when new Netflix true crime and mystery documentaries launch almost every week, Lake Mungo could sit convincingly among them.

I’m beginning to sound like a broken record when it comes to reviewing Second Sight releases, but they really have turned this whole Special Edition malarky into an art form, with a great quality transfer, and thoughtful, informative extras, all topped off by quality packaging and in-box extras.

In fact, the only glaring omission from this release is any word from Joel Anderson himself, which is a shame.

That single gripe aside, once again, I have no hesitation in recommending this release. 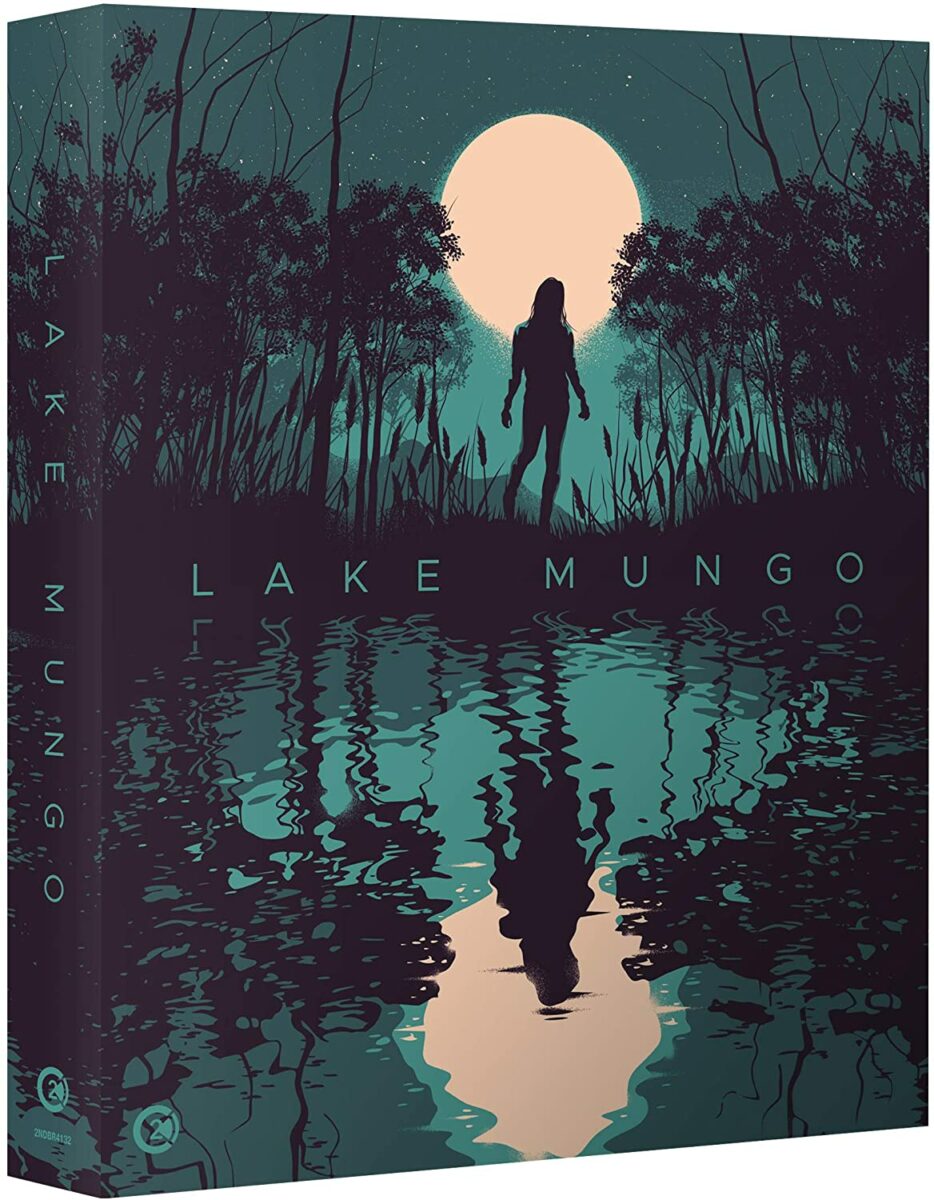 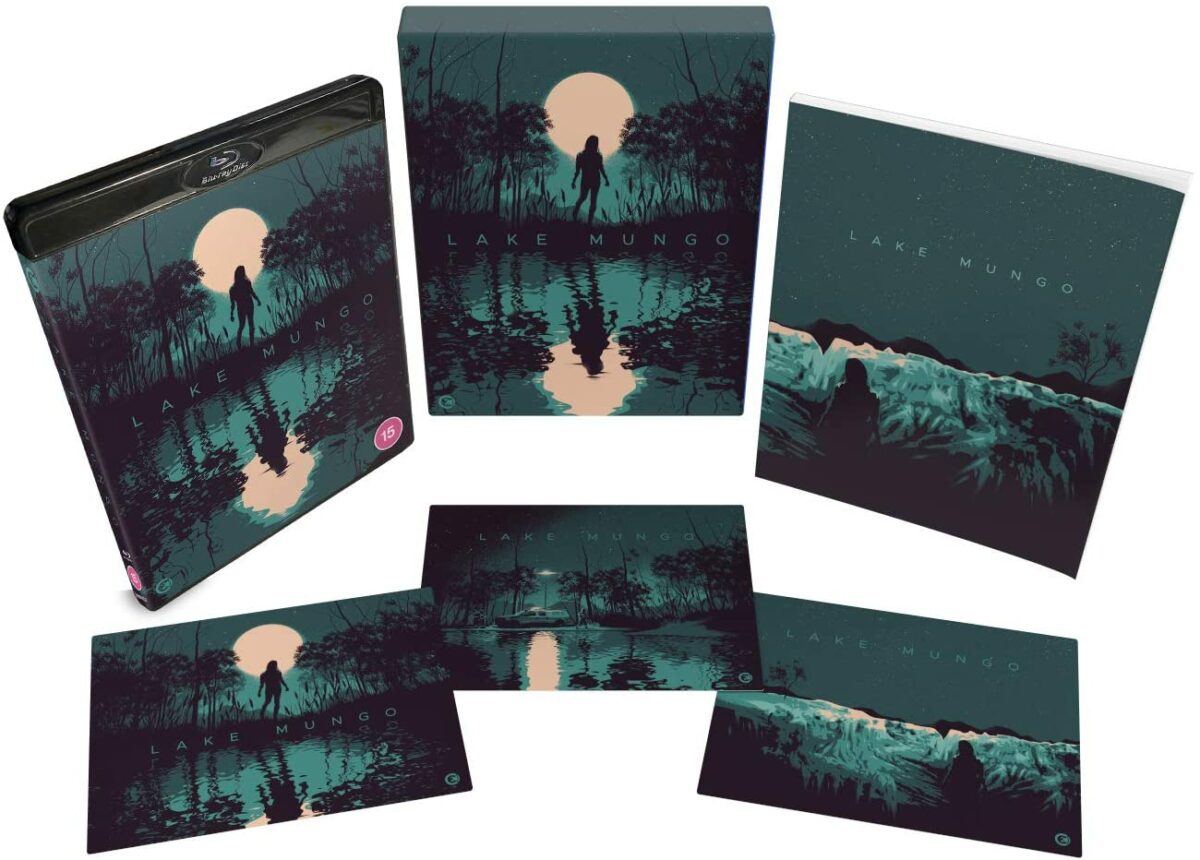