After a few weeks’ rest, Meet The Collectors is back, and this time it’s the turn of Matthew Mainwaring to talk us through his collecting obsession.

Now over to Matt…

How did you first get into Steelbook collecting, and what was your first purchase?

The very Steelbook that I purchased was Star Trek. I had loved the film when I went to see it in the cinema and I knew the release date for the Blu ray was coming up and wanted to pre-order it and make sure I had it on the day it came out. I started to search online for a good deal and came across a website that was selling it as a Steelbook edition. I had heard about Steelbooks but had yet to see or own one. I fell in love with the art work straight away. It was such a simple cover, a white cover with the enterprise in black along with the title of the film. Once it came and I saw first hand the quality of steelbooks that was it I was hooked and been buying Steelbooks ever since.

Do you have a favourite Steelbook in your collection?

I have so many , the quality of some of the Steelbooks that they are bringing out these days and the art work that is coming out is amazing. I’m not a really big fan of some of the earlier Steelbooks especially the one that are not very imaginative when it come to their art work. If I had to narrow it down it would be between Skyfall and Thor (HMV). Skyfall because I am a huge James Bond fan and when they released the poster for the IMAX release I instantly fell in love with it, When I found out that the image was then going to be used for the Steelbook edition, well I just had to have it. As for the Thor Steelbook from HMV I just love the simplicity of it. a plain black background with just a imagine of Thor on the cover. It just looks really classy. Sometimes keeping things simple is best.

Would you ever buy a Steelbook just for the art, if you didn’t like the movie?

No I wouldn’t buy a Steelbook or Blu Ray for that matter if I didn’t like the movie, but I have bought a number of copies of a film for the art work. Rocky is my all time favorite film and I own the undisputed collection which has all 6 films on blu ray. When they released it on Steelbook the art work was just so amazing I had to buy it even though the disc was the same as the one in the collection.

Conversely, would you buy a Steelbook of a movie you love even if you hate the art?

Yes, but I would try and shop around to try to get a Steelbook cover that I liked. I’ve been buying more and more recently from Germany and France purely for their Steelbook art work. When Mad Max Fury Road came out last year I loved the film and couldn’t wait to own a Steelbook copy of it. The UK was releasing a copy on Steelbook so I looked to Europe and found that Germany was doing a really nice cover which I bought.

What movie that doesn’t currently have a Steelbook really deserves one?

Being a big James Bond fan I would love to see them release them all on Steelbook. They did bring out a few last year to tie in with the release of Spectre in the cinema but they only brought out the ones staring Daniel Craig and the ones that feature Spectre in them. The art work was brilliant using the title sequence as the art work. Would love to see them carry this on and bring out the rest of the collection.

My collection is my pride and joy. Been collecting films since the age of 10. First on VHS then DVD and now Blu Ray/Steelbooks. Have around 2400 at last count and they are all in a walk in cupboard that I built myself. It started off with just the back wall then had to extend and put shelves on the side walls. I need to get in there and add more shelves again as my collection just keeps on growing.

I’m big fan of the limited edition sets that they sometimes bring out for films. I’ve collected many of these over the years. Some of my favourites are the Terminator 2 Blu ray head, the Sonny head from I Robot and my personal favourite the 25th anniversary edition Alien head which holds all the DVD’s in the top of the head.

I’ve taken a bit of stick in the past from my family and friends about my collection. They still cant work out why I insist on paying more than double for a film on blu ray Steelbook when I can get it on DVD for less than half the price. I also get asked a lot why I don’t just watch them when they come out on Sky/Netflix’s. My answer is always the same. For me this is not just a film collection it’s my own person film library that has been built up over many years and a lot of love, time and money has gone into it. 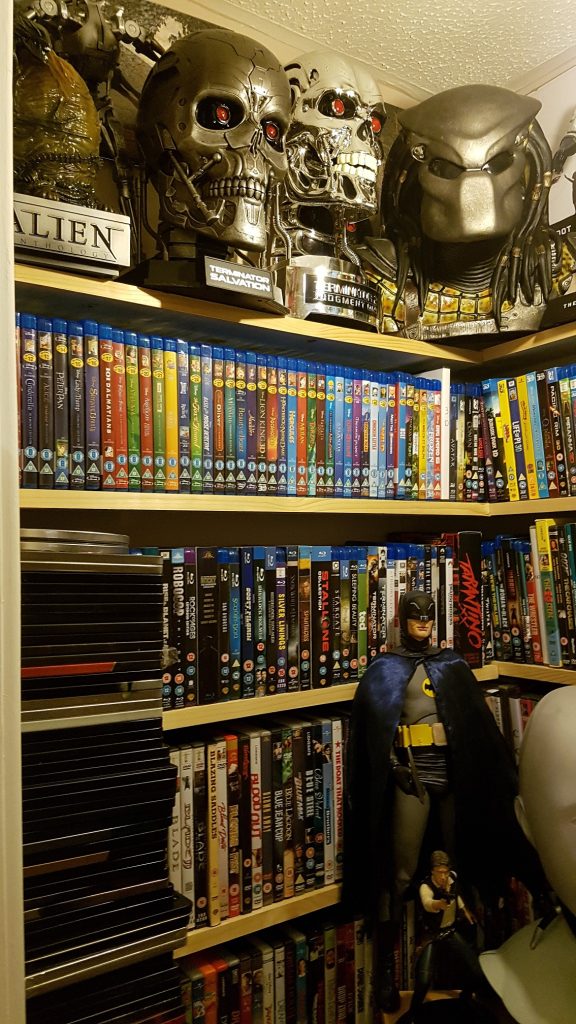 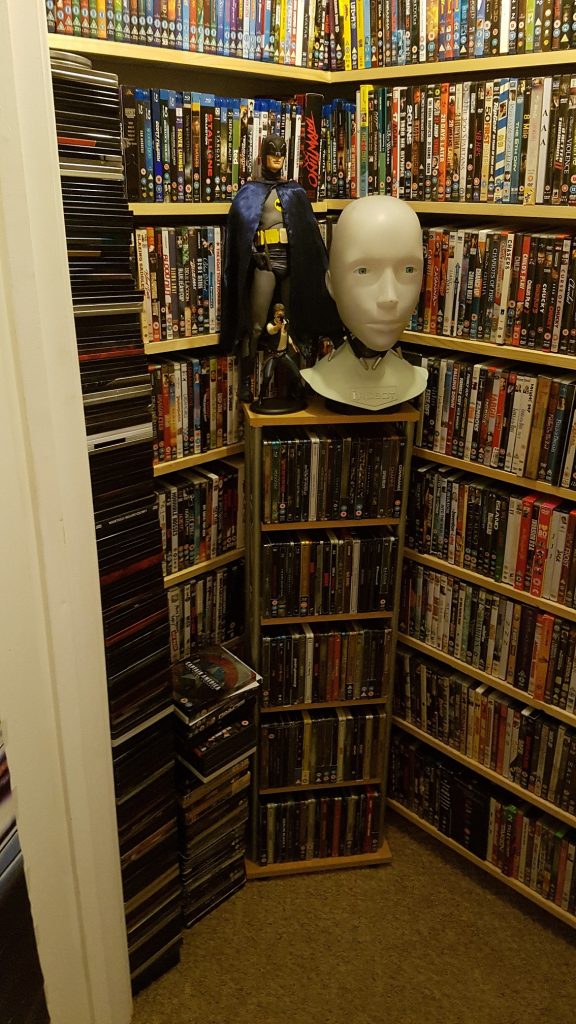 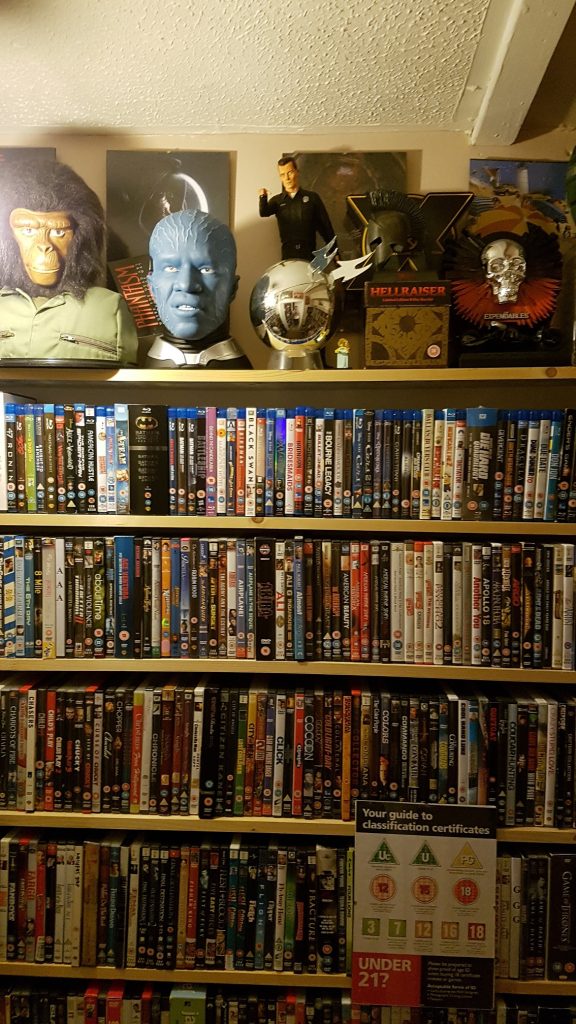 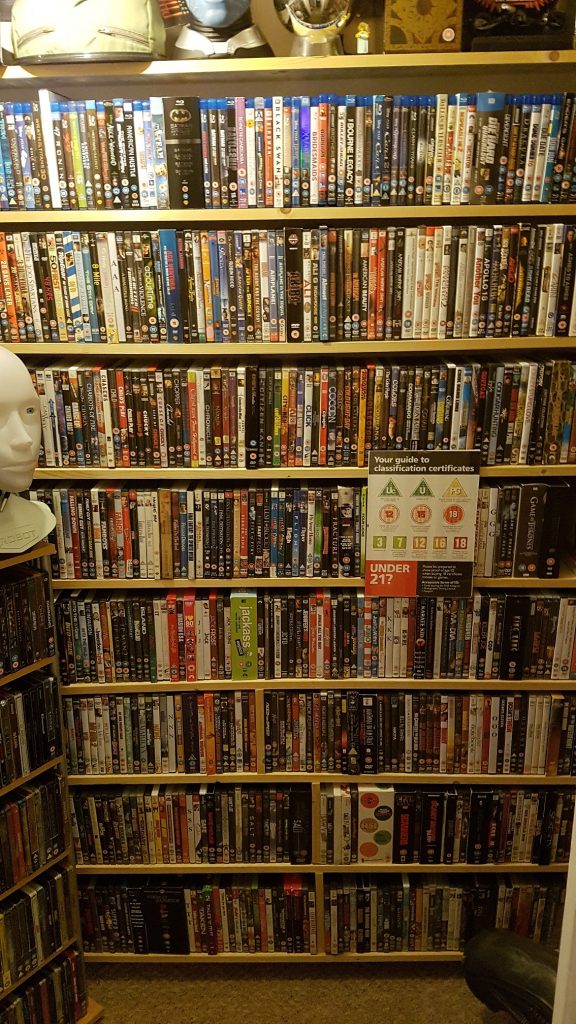 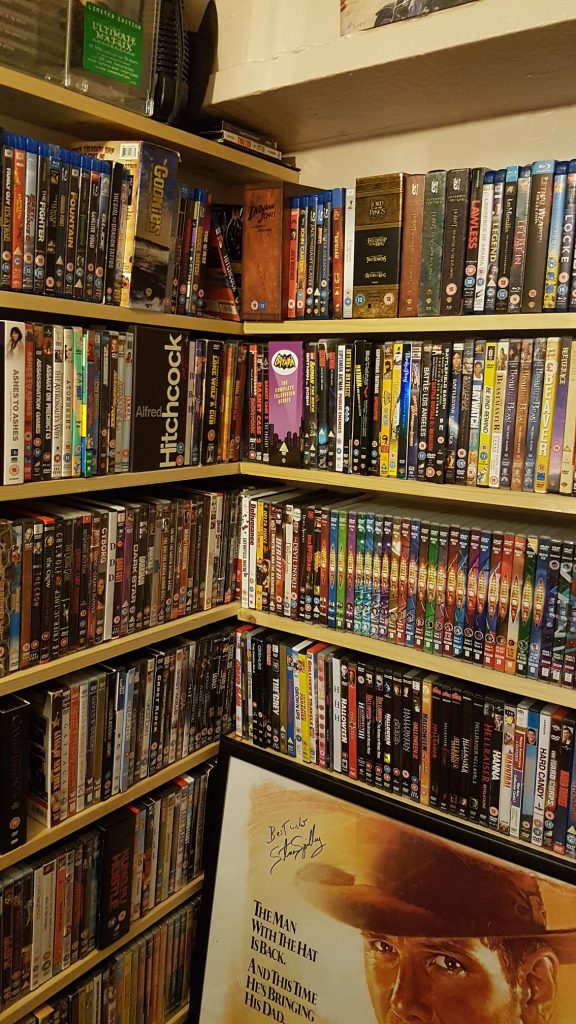 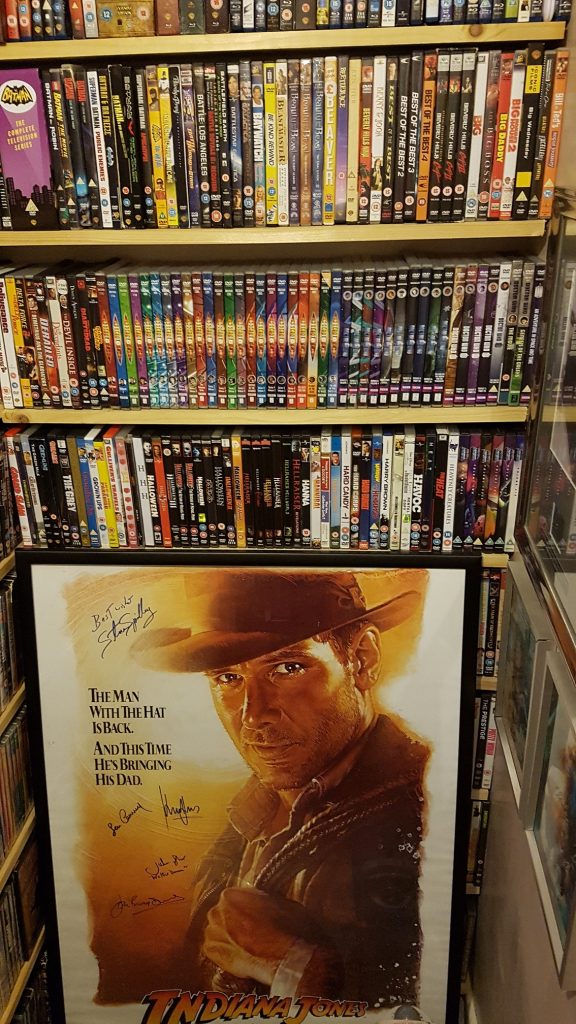