Coco has been picking up rave reviews since its US release, and now the film is hitting UK screens.

As usual Zavvi have grabbed the UK Steelbook exclusive, which will include the movie in 2D & 3D. No word yet on a 4K Steelbook.

Final art and release date are still TBC, but pre-orders will be live from around midday today (Friday January 19th), so ignore the ‘sold out’ button till then.

Despite his family’s generations-old ban on music, young Miguel dreams of becoming an accomplished musician like his idol Ernesto de la Cruz. Desperate to prove his talent, Miguel finds himself in the stunning and colorful Land of the Dead. After meeting a charming trickster named Héctor, the two new friends embark on an extraordinary journey to unlock the real story behind Miguel’s family history. Case has debossing around the guitar and along the end of the flowers 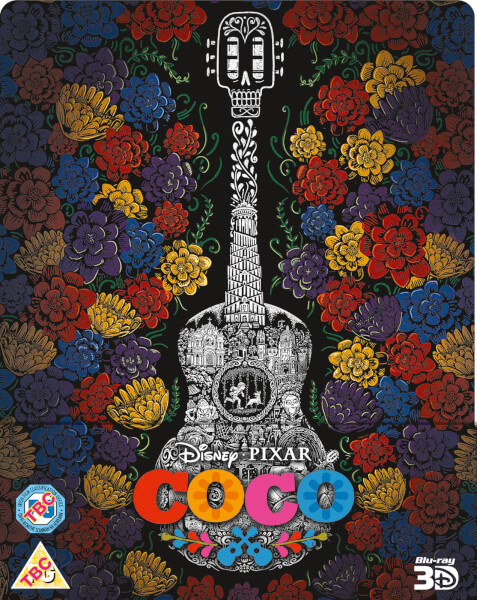 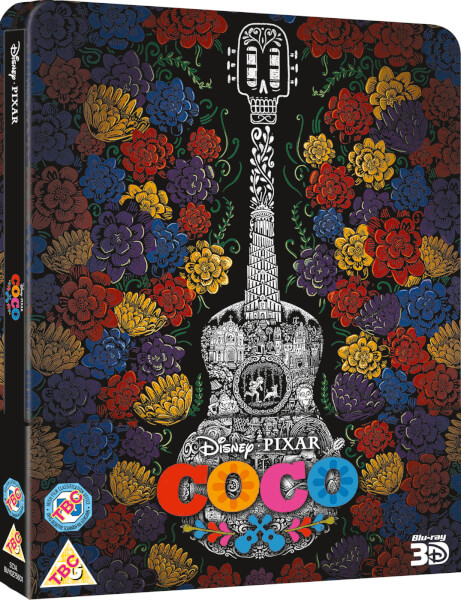