HMV are bringing us an exclusive “Star Trek: The Animated Series” release in November

Featuring the voice talents of the cast of the original live action series, the episodes follow Captain Kirk (voice of William Shatner) and the crew of the USS Enterprise as they continue to explore the darkest reaches of space.

Series 1 episodes are: ‘Beyond the Farthest Star’, ‘Yesteryear’, ‘One of Our Planets Is Missing’, ‘The Lorelei Signal’, ‘More Tribbles, More Troubles’, ‘The Survivor’, ‘The Infinite Vulcan’, ‘The Magicks of Megas-Tu’, ‘Once Upon a Planet’, ‘Mudd’s Passion’, ‘The Terratin Incident’, ‘The Time Trap’, ‘The Ambergris Element’, ‘The Slaver Weapon’, ‘The Eye of the Beholder’ and ‘The Jihad’.

Series 2 episodes are: ‘The Pirates of Orion’, ‘Bem’, ‘The Practical Joker’, ‘Albatross’, ‘How Sharper Than a Serpent’s Tooth’ and ‘The Counter-Clock Incident’. 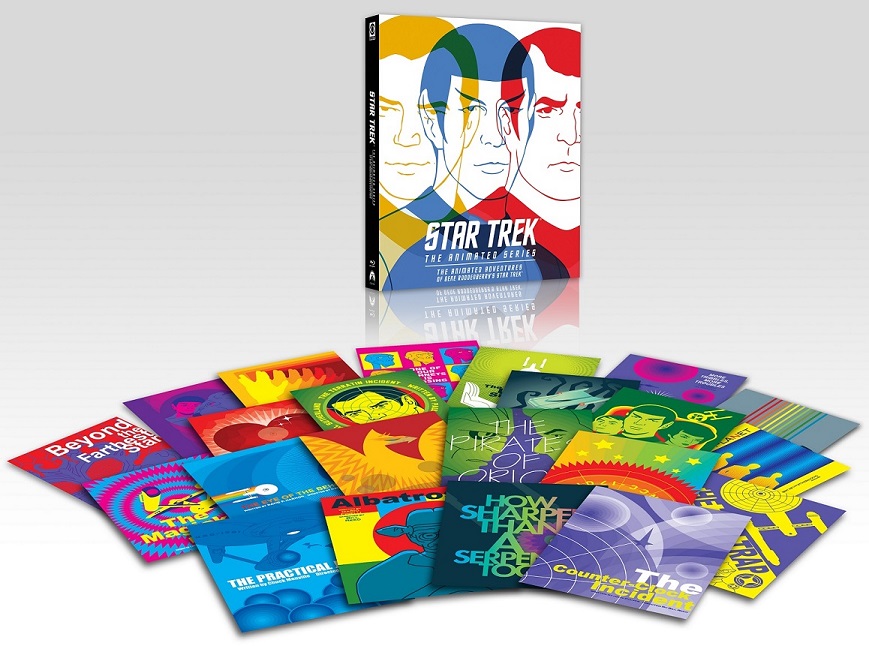