With the long-awaited third installment due for release this year, Studio Canal and Zavvi are bringing is this new 4K steelbook release of Bill & Ted’s Excellent Adventure.

Pre-orders are live right now for Red Carpet subscribers, and around 6pm for everyone else. Our Red Carpet links don’t work properly for some reason, so you will need to log in first, then click the link below. Once the Red Carpet period is up, the link will work fine.

Strange things are afoot at the Circle K in San Dimas, now most triumphantly restored in 4K.

Ted “Theodore” Logan (Keanu Reeves) and Bill S. Preston, Esquire (Alex Winter), are in danger of flunking school most heinously if they fail their history exam, and if they do they’ll have to break up their totally bodacious band, WYLD STALLYNS. No way!

They meet Rufus (George Carlin) – an awesome dude in a phone booth that can travel through time, who informs them that the fate of the excellent future he comes from is in their hands and in the songs they will write together, so brace yourself amigos for a most unusual day! Bill & Ted crash from Ancient Greece to the Wild West to 19th Century Europe and the distant future, meeting famous figures and medieval babes along the way. The boys bag a bevy of historical heavyweights from each stop to take back for their presentation, but will they make it back in time to save not only their grades, but the fate of the world? History’s about to be rewritten by two guys who can’t even spell. 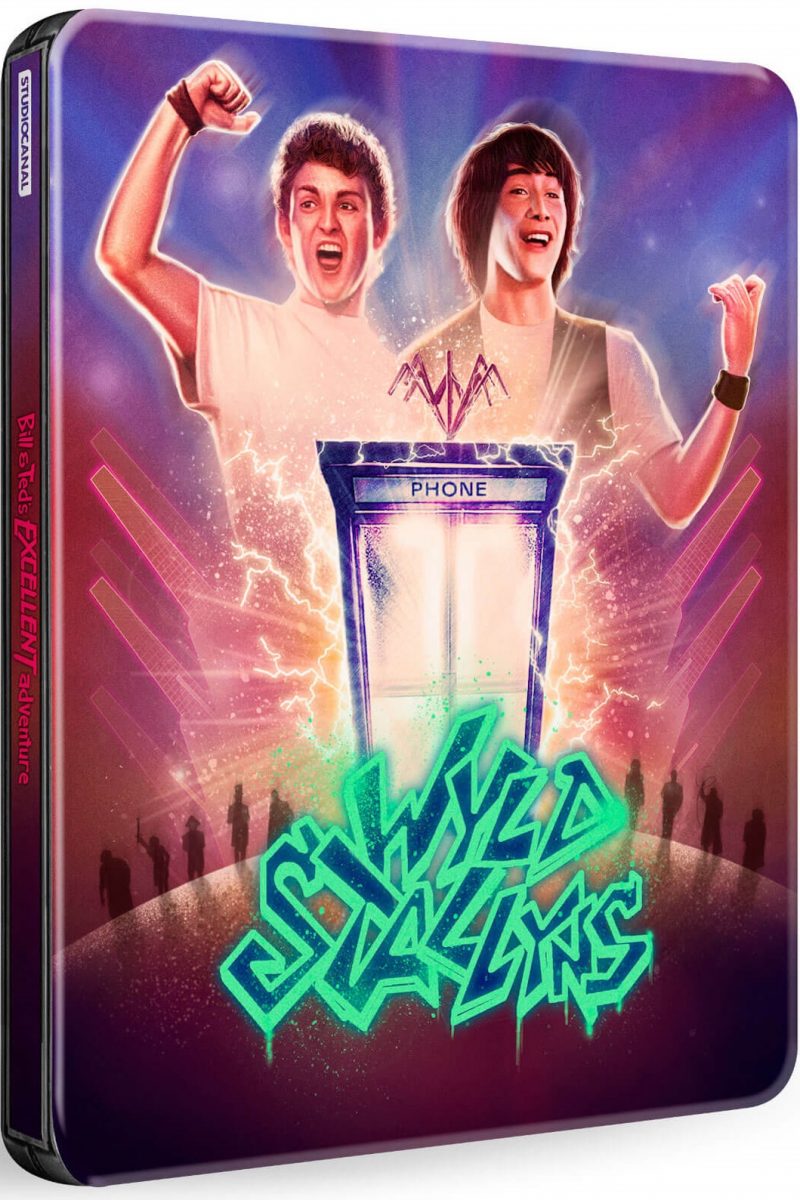 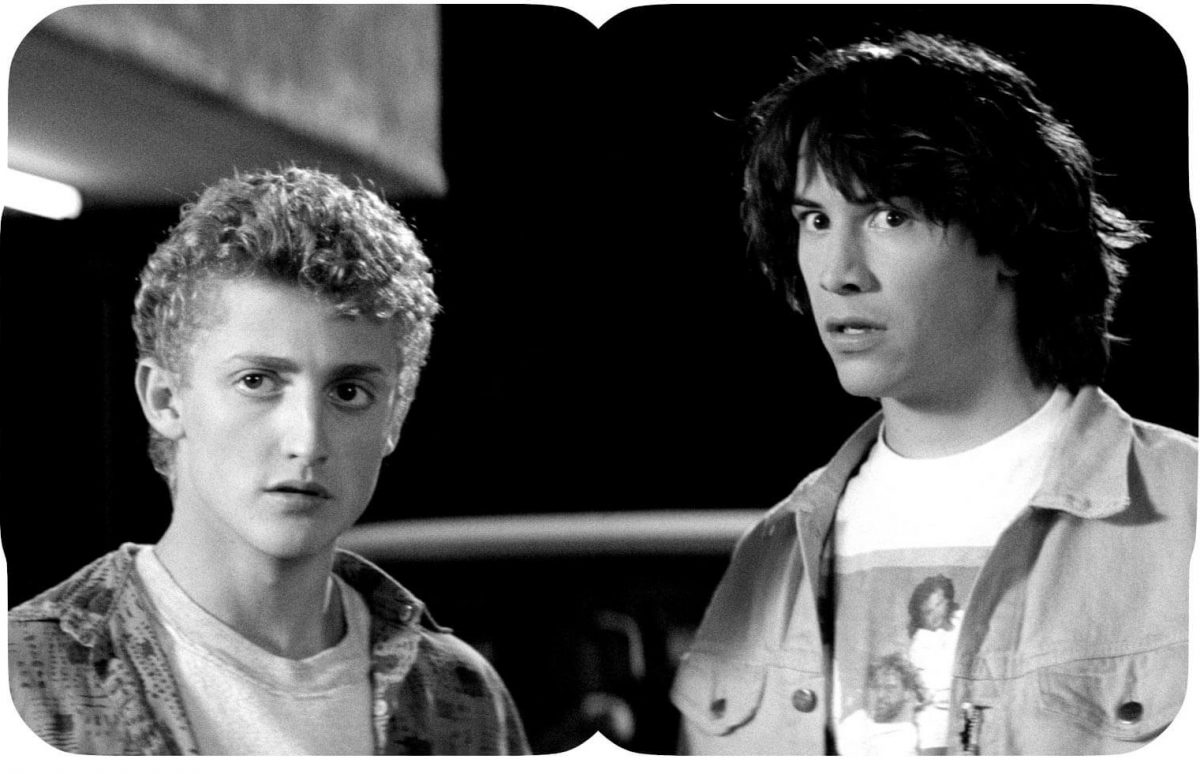 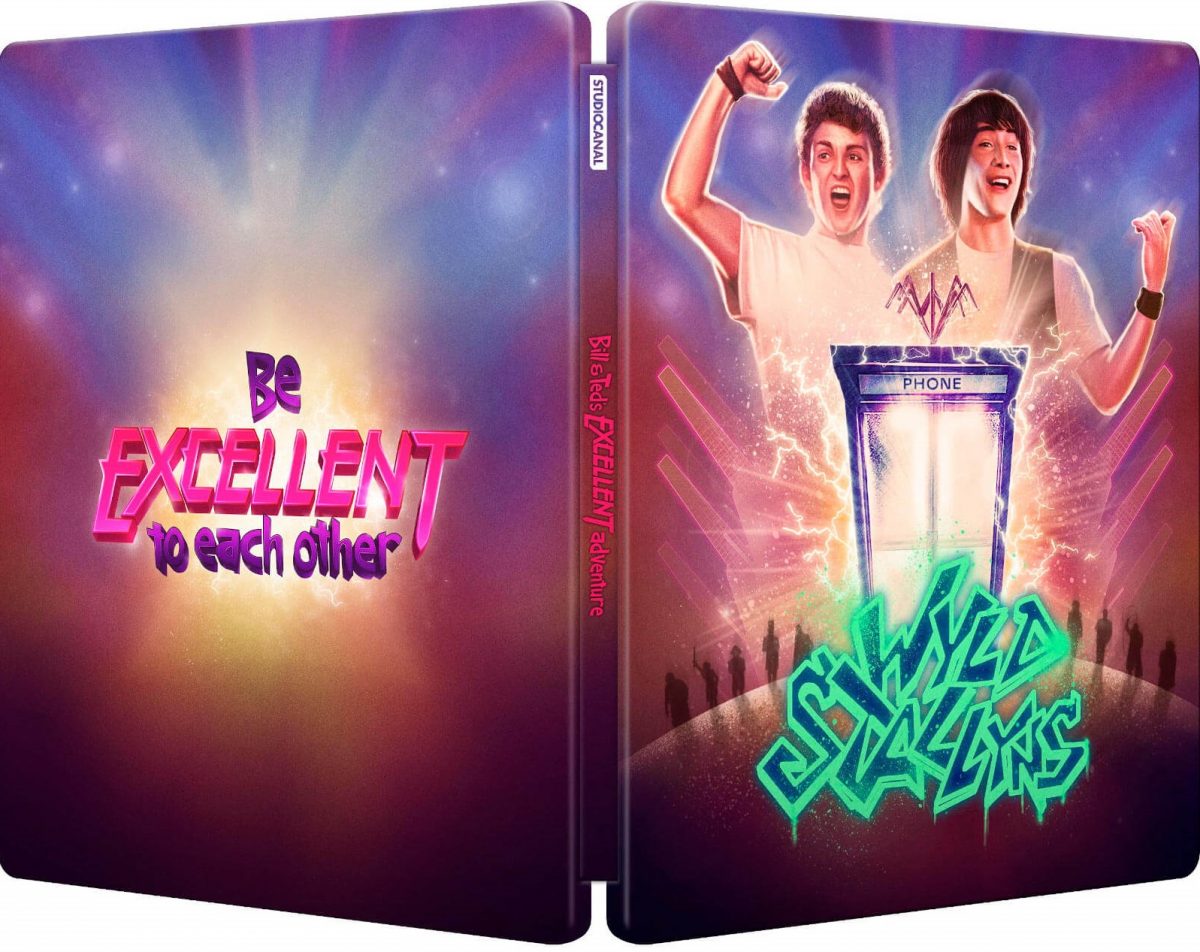