Arrow and Amazon UK are bringing us this The Herschell Gordon Lewis Feast movie box set, which is fit to burst with extras, and feature 14 of Lewis’s movies, including world Blu-ray debuts.

This set is released on October 24th, and you can pre-order right now.

In 1963, director Herschell Gordon Lewis pulled a cow s tongue out of an actress mouth on camera, and in doing so, changed the landscape of horror cinema forever. That sequence was just one of numerous gruesome gags featured in Blood Feast, the film credited as being the world s first gore movie. It s no exaggeration to say that the modern gross-out movies of today owe their very existence to the pioneering efforts of H.G. Lewis.

But whilst Lewis is most widely celebrated for his blood-and-guts epics (Two Thousand Maniacs!, The Wizard of Gore et al.), there’s more to the prolific director than splatter. From tales of sordid photographers (Scum of the Earth) to sex robots (How to Make a Doll), from biker girl-gangs (She-Devils on Wheels) to youths-run-amok (Just for the Hell of It), and from psychic witches (Something Weird) to hard liquor-loving hillbillies (Moonshine Mountain), the filmography of H.G. Lewis reads like a veritable wish-list of exploitation movie madness.

Now, for the first time ever, Arrow Video is proud to present fourteen of the Godfather of Gore s most essential films (including nine Blu-ray world debuts), collected together at last and packed full of eye-popping bonus content. So put your feet up, pour yourself a glass of good ol moonshine, and prepare yourself for a feast H.G. Lewis style! 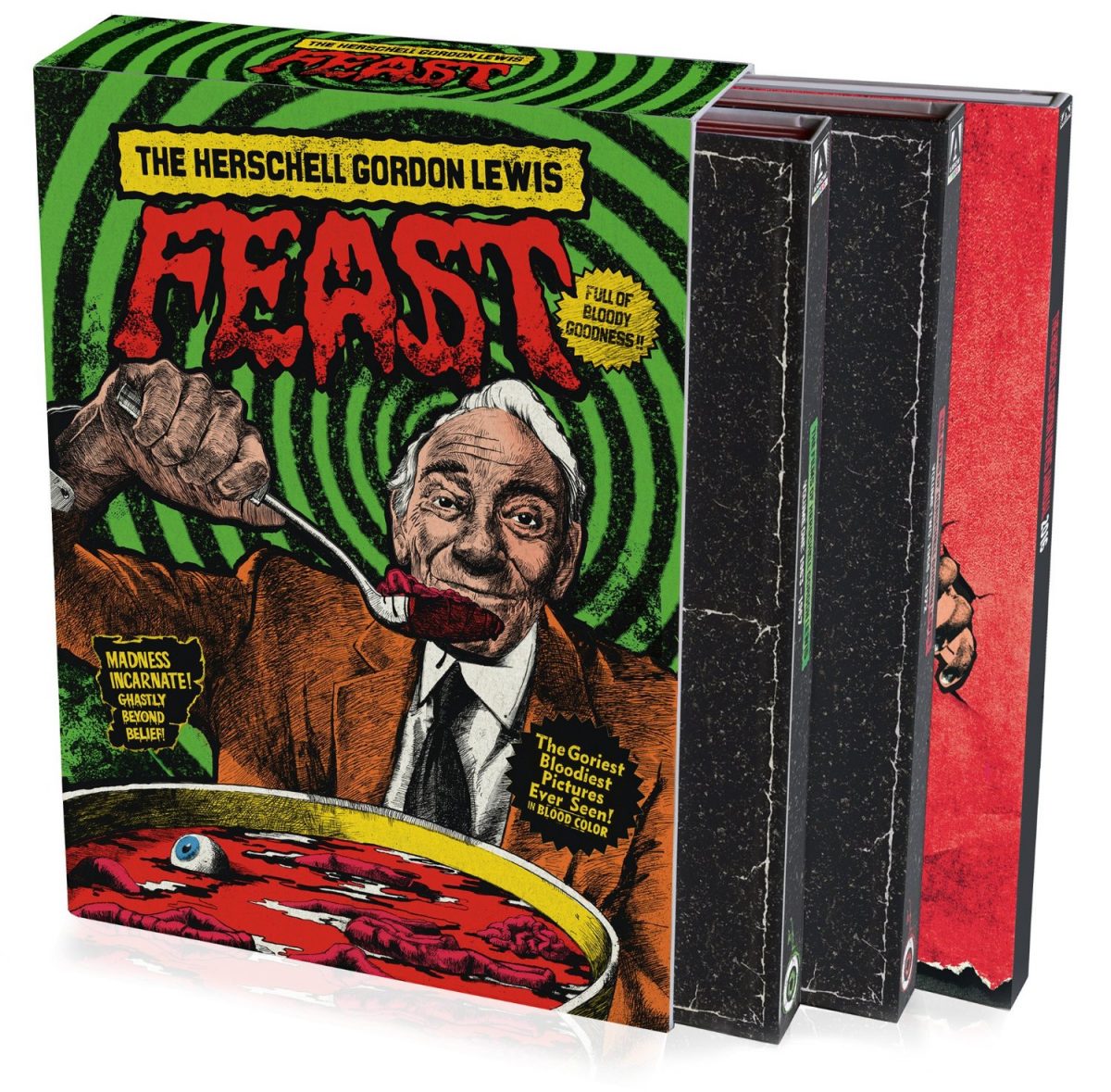 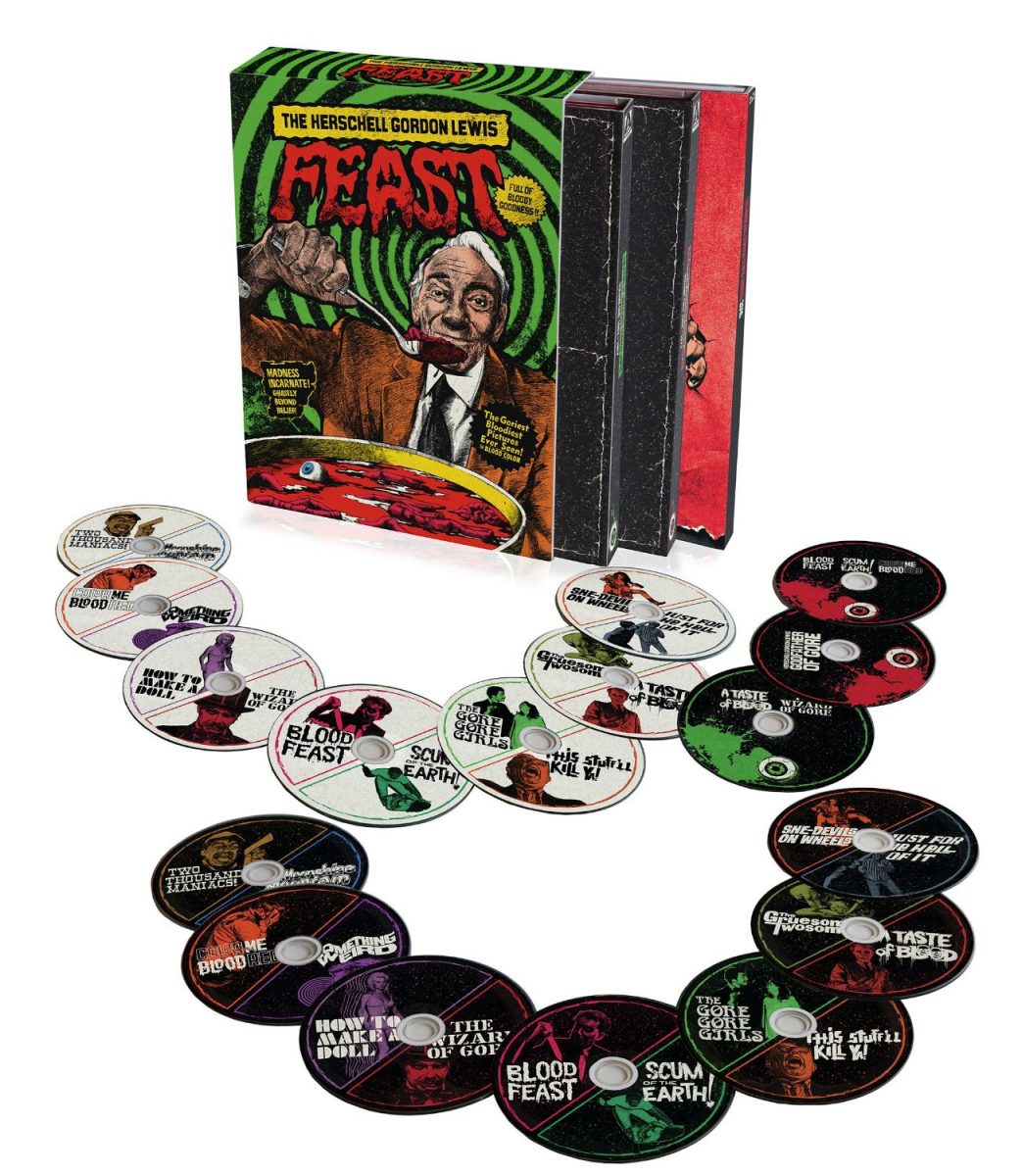