“The Hobbit: The Battle of the Five Armies” Extended Edition Steelbook is coming this November

You can place your orders now for the steelbook edition of the epic trilogy closer The Hobbit: The Battle of the Five Armies Extended Edition, which is due for release on November 16th.

The new cut is about 20 minutes longer than the theatrical release, and, as usual, expect a ton of extra features, including commentaries, documentaries and more.

Extended version of the last of three epic instalments in director Peter Jackson’s prequel to ‘The Lord of the Rings’ trilogy. Set in Middle-Earth 60 years before events in ‘The Lord of the Rings’, the story follows the adventures of Hobbit Bilbo Baggins (Martin Freeman), who, at the instigation of the wizard Gandalf (Ian McKellen), suddenly finds himself co-opted into joining a company of 13 Dwarves led by Thorin Oakenshield (Richard Armitage) to help reclaim the lost kingdom of the Lonely Mountain from the clutches of Smaug the dragon (voice of Benedict Cumberbatch). In this film, Bilbo, Thorin and the other Dwarves have unintentionally released Smaug from the Lonely Mountain and endangered the residents of Lake-town. Bilbo has to make a difficult decision when Thorin puts his desire to find the royal jewel Arkenstone before his loyalty to his friends. Meanwhile, Gandalf discovers that the evil Sauron has returned, commanding a horde of Orcs to attack the Lonely Mountain. Bilbo and his friends must fight for their survival as five armies meet in battle. The rest of the cast includes Luke Evans, Cate Blanchett, Orlando Bloom, Evangeline Lilly and Christopher Lee. 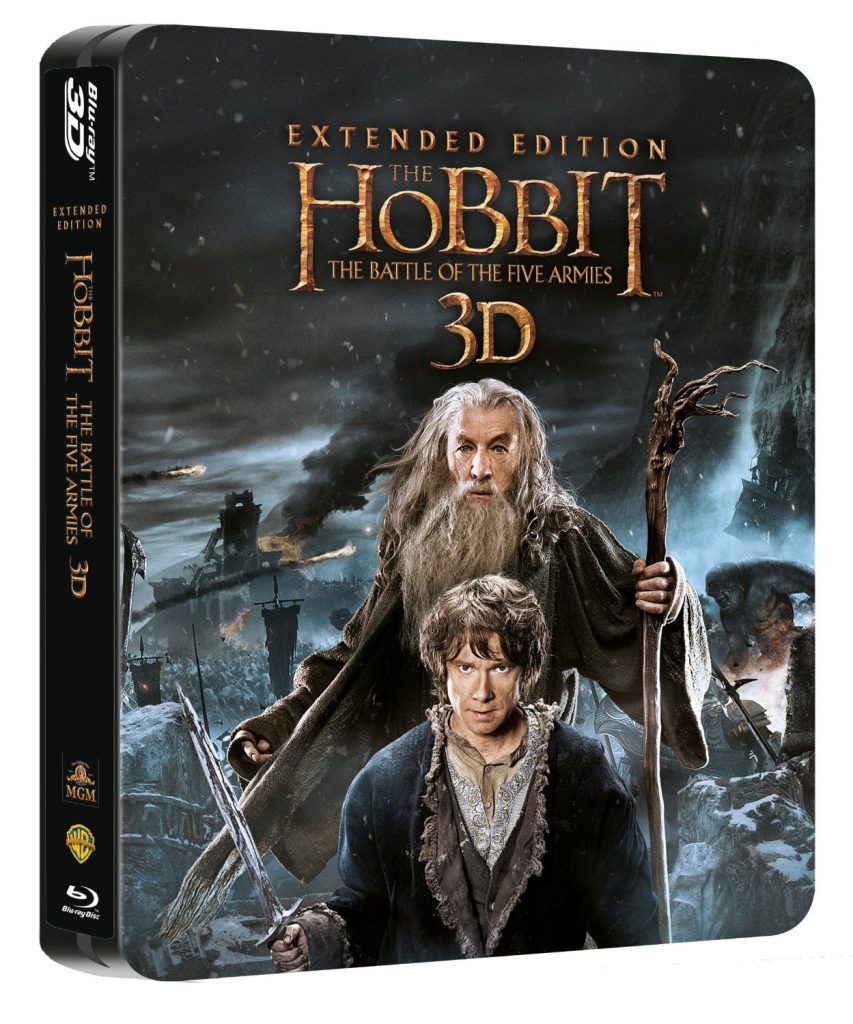