On November 9th you’ll be able to get your hands on this new 30th Annniversary release of the 80s favourite, The Goonies.

Exact details on what’s included are TBC, but you can check out a shot of the pack contents below.

The ’80s movie classic, The Goonies, is the story of Mikey Walsh and Brandon Walsh, brothers whose family is preparing to move because developers want to build a golf course in the place of their neighborhood — unless enough money is raised to stop the construction of the golf course, and that’s quite doubtful. But when Mikey stumbles upon a treasure map of the famed One-Eyed Willy’s hidden fortune, Mikey, Brandon, and their friends Lawrence ‘Chunk’ Cohen, Clark ‘Mouth’ Devereaux, Andrea ‘Andy’ Carmichael, Stefanie ‘Stef’ Steinbrenner, and Richard ‘Data’ Wang, calling themselves The Goonies, set out on a quest to find the treasure in hopes of saving their neighborhood. The treasure is in a cavern, but the entrance to the cavern is under the house of evil thief Mama Fratelli and her sons Jake Fratelli, Francis Fratelli, and the severely disfigured Lotney Sloth Fratelli. This ’80s family favorite was written by Stephen Spielberg and stars Sean Astin, Josh Brolin, Jeff Cohen and Corey Feldman. 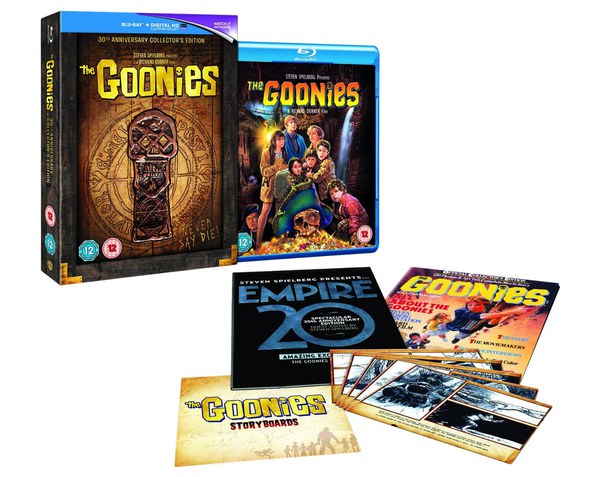