The Iron Giant is one of the finest animated films ever made, and really did deserve to be a much bigger hit.

Now it’s finally getting the treatment it deserves with this superb collectors edition, coming to the UK as a Zavvi exclusive, and limited to just 1000 copies.

Brad Bird makes his directorial debut with this animated sci-fi adventure. In 1957, a gigantic iron man crash lands from outer space in Rockwell, Maine. After reassembling itself, the giant is discovered by nine-year-old Hogarth Hughes (voice of Eli Marienthal), who helps it to conceal itself while feeding on scrapyard cars. Hogarth is assisted by beatnik Dean McCoppin (Harry Connick Jr), unaware that government agent Kent Mansley (Christopher McDonald) is already on the trail of what he regards as an ‘alien invader’.

“Iron Giant” is based upon the 1968 story, ‘Iron Man,’ by the British poet laureate Ted Hughes. The film is about a giant metal machine that drops from the sky and frightens a small town in Maine in 1958, only to find a friend named, Hogarth, that ultimately finds its humanity and saving the towns people of their fears and prejudices. 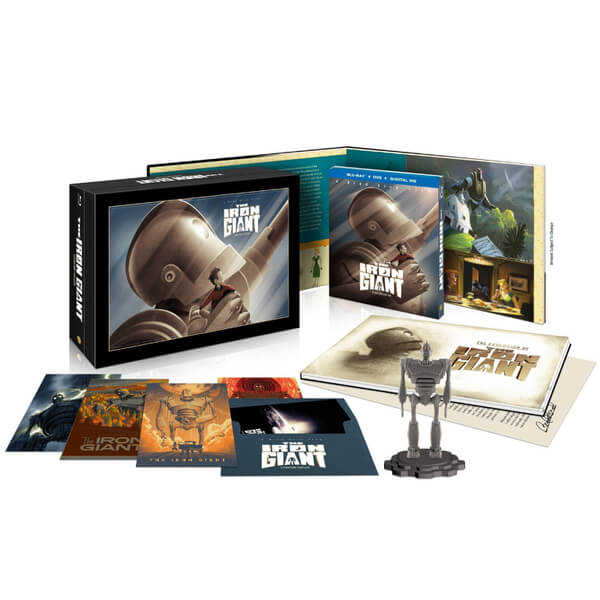