UPDATE – As expected, this sold out very quickly. Usually, once bulk orders are cancelled, Zavvi make a few copies available around release time. If that happens again for this release, we’ll keep you updated.

The latest entry in the hugely popular Despicable Me franchise is with us, and Zavvi have picked up the UK steelbook release, limited to just 500 copies. Following cancellations, Zavvi have release their remaining stock, limited to just a few copies.

Illumination, who brought moviegoers Despicable Me and the biggest animated hits of 2013 and 2015, Despicable Me 2 and Minions, continues the story of Gru, Lucy, their adorable daughters—Margo, Edith and Agnes—and the Minions in Despicable Me 3. After he is fired from the Anti-Villain League for failing to take down the latest bad guy to threaten humanity, Gru finds himself in the midst of a major identity crisis. But when a mysterious stranger shows up to inform Gru that he has a long-lost twin brother—a brother who desperately wishes to follow in his twin’s despicable footsteps—one former super-villain will rediscover just how good it feels to be bad. Steve Carell not only reprises his role as Gru, but also takes on a second part—that of Dru, Gru’s long-lost twin. Kristen Wiig returns as super-spy Lucy, while Emmy, Tony and Grammy Award winner Trey Parker voices new villain Balthazar Bratt, a former child star who has become obsessed with the evil TV character he played in the ’80s. Gru’s most formidable and comedic nemesis to date, Bratt is out to take down Hollywood…and anyone who stands in his way. 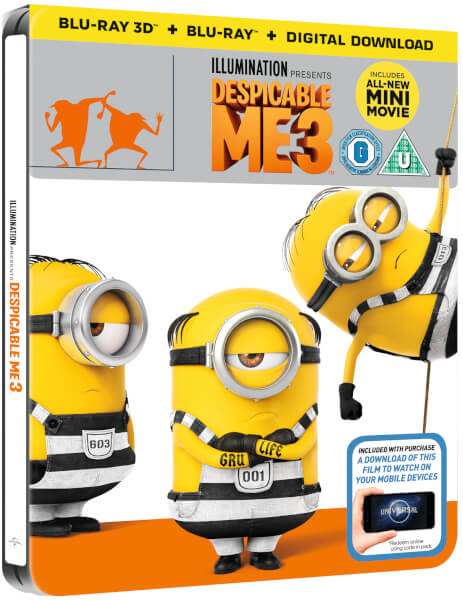 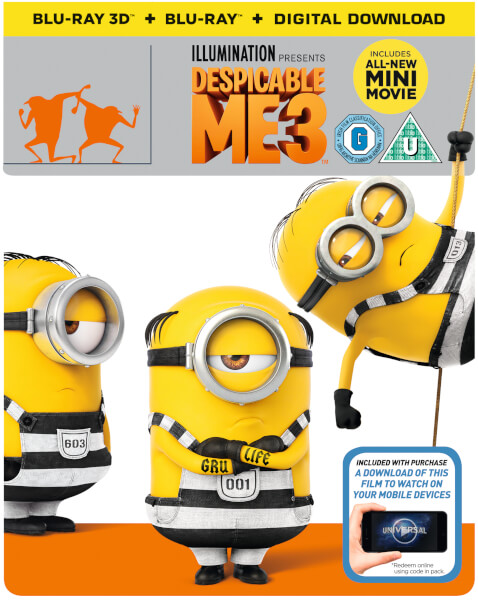