On May 23rd HMV are bringing us this brilliant looking new steelbook release of The LEGO Movie, with all-new special features, as well as those from the original release.

Chris Pratt, Elizabeth Banks, Will Arnett and Morgan Freeman lend their voices to this CGI-animated comedy based on the line of toys made by Lego. The wicked Lord Business (Will Ferrell) is determined to destroy the Lego universe and rebuild it using glue – which goes against the very nature of Lego. Mistaken as the ‘Special’, the only surviving Master Builder, the rather ordinary Emmet (Pratt) is selected to lead a group of figures on a mission to put a stop to Lord Business’s evil plan. Emmet is helped by wise wizard Vitruvius (Freeman), tough girl Wyldstyle (Banks) and DC superhero Batman (Arnett), but can he find something extraordinary within himself in order to save the world? The film also features the voices of Channing Tatum, Liam Neeson, Nick Offerman, Alison Brie and Jonah Hill. The film won a BAFTA for Best Animated Film and was nominated for Best Original Song at the Oscars. 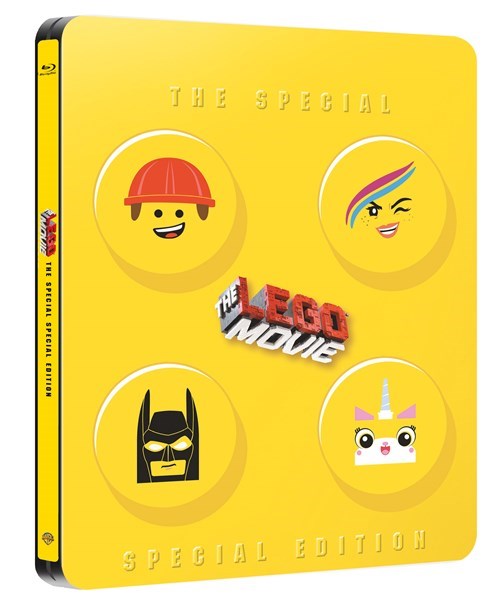