While the new Evil Dead movie has defied expectation by being very good indeed, The original trilogy’s final chapter is getting a very nice release in Germany, with a 6-Disc (2 Blu-rays & 4 DVDs) Ultimate Edition on April 26th.

Complete with 4 different cuts of the movie and bunch of extras, including audio commentary and featurettes, this release really does live up to its name.

Check out the pre-order link, contents & extras, and artwork below: 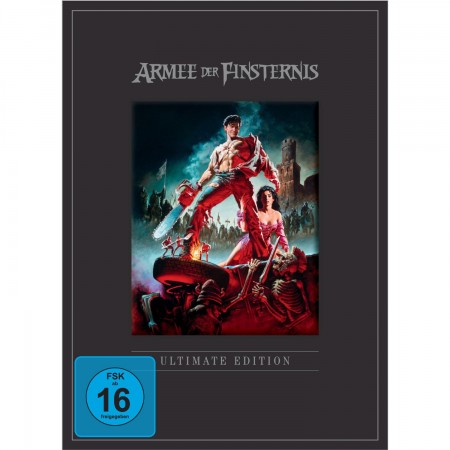