On June 1st, you’ll be able to pick up this new Zavvi exclusive 4K steelbook of the classic Jaws, which will include a lenticular slipcase, 44 page booklet and 4 art cards.

Pre-orders are due to go live at Zavvi on Thursday April 23rd, so ignore any ‘sold out’ notices before then. The price is currently listed at £36.99, but we’re not sure if it’ll come down a bit once pre-orders are live.

This newly-designed limited edition steelbook is housed in a terrifying lenticular-fronted slipcase, containing the movie on 4K UHD and standard Blu-ray, 4 art cards and a collector’s booklet with behind the scenes stories and images from the archives.

Experience Jaws like you have never seen before in stunning newly-remastered 4K UHD with HDR for brighter, deeper, more lifelike colour.

Directed by Academy Award® winner° Steven Spielberg, Jaws set the standard for edge-of-your-seat suspense, quickly becoming a cultural phenomenon and forever changing the movie industry. When the seaside community of Amity finds itself under attack by a dangerous great white shark, the town’s chief of police (Roy Scheider), a young marine biologist (Richard Dreyfuss) and a grizzled shark hunter (Robert Shaw) embark on a desperate quest to destroy the beast before it strikes again. Featuring an unforgettable score that evokes pure terror, Jaws remains one of the most influential and gripping adventures in motion picture history. 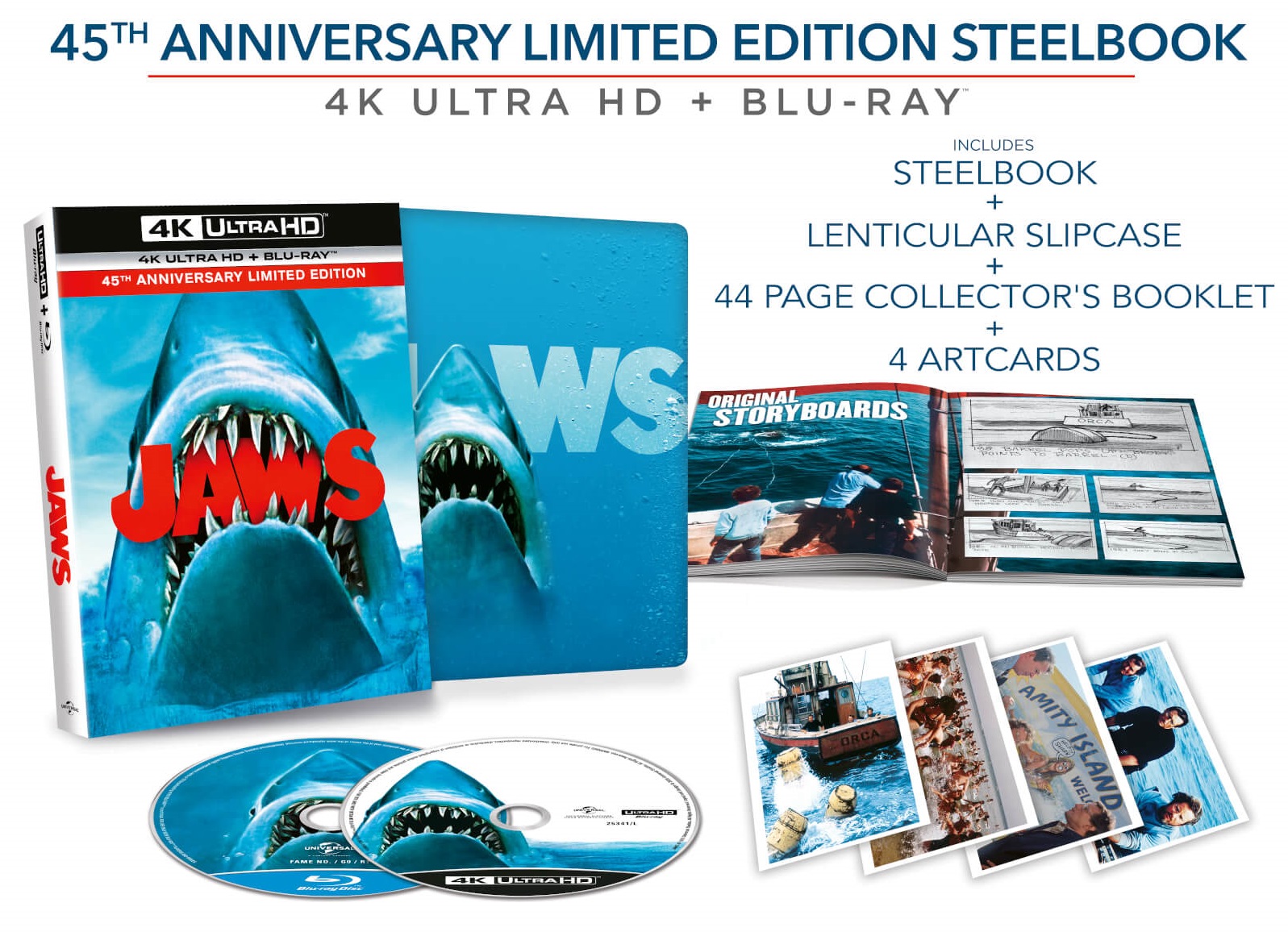 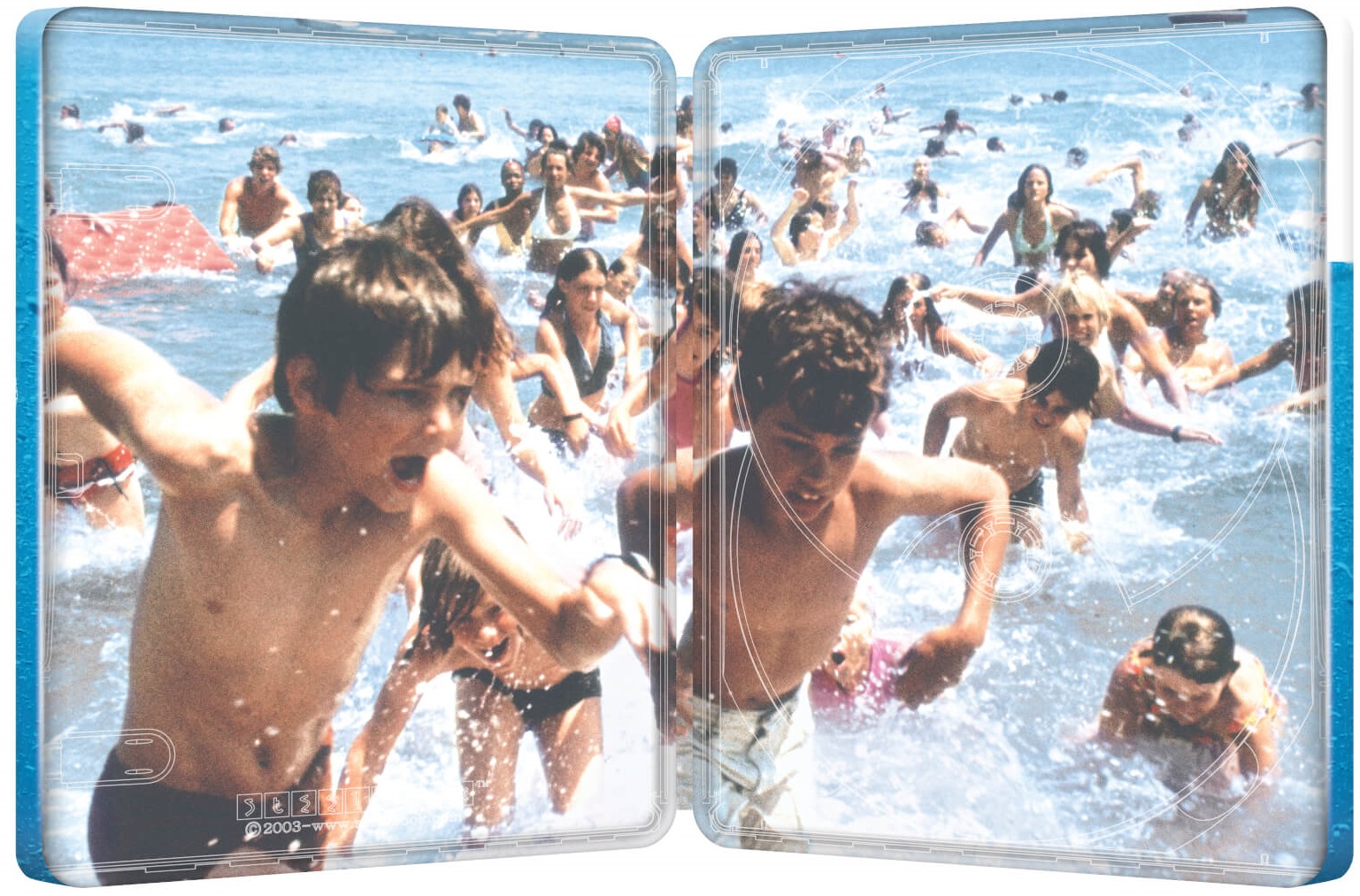 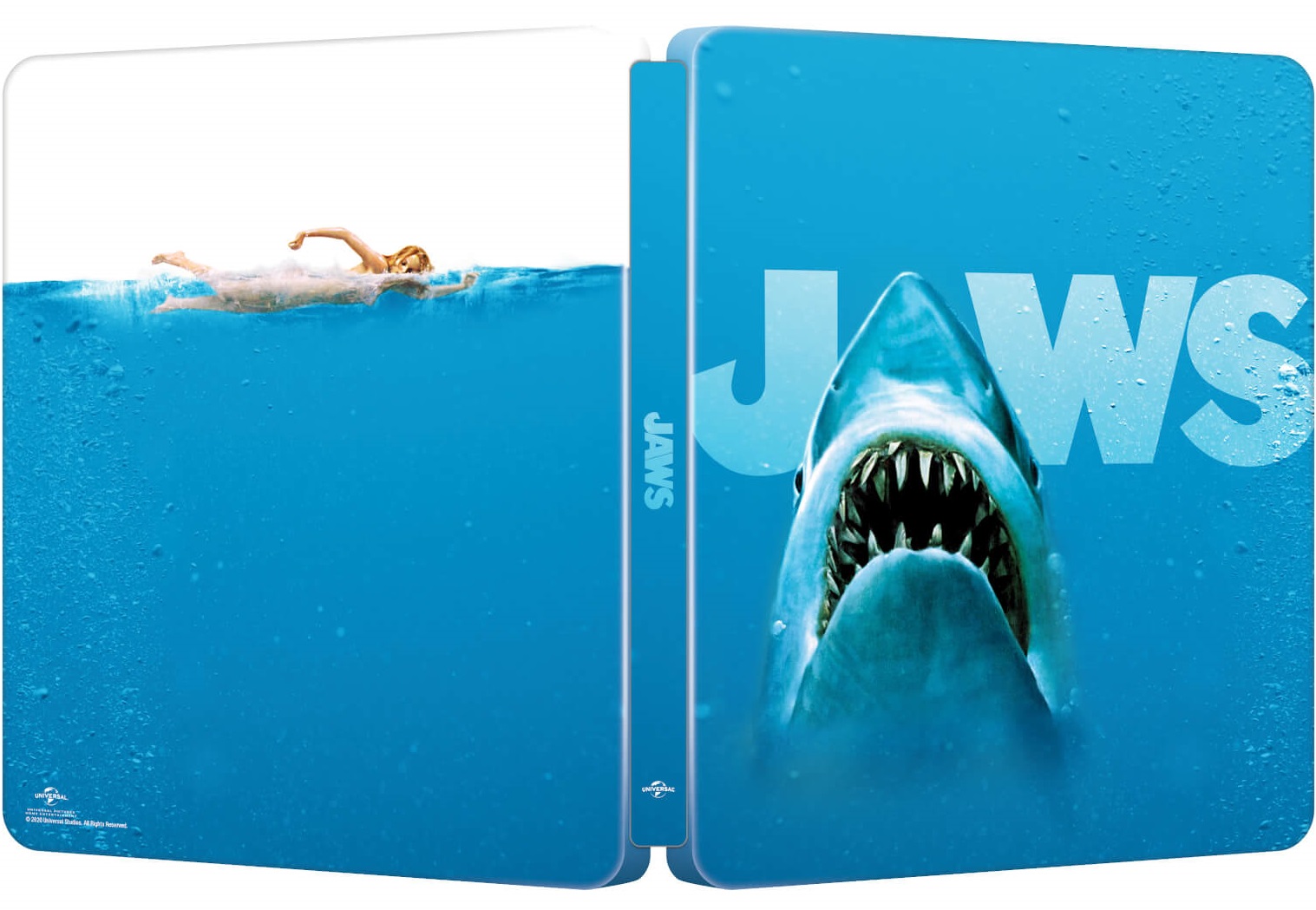