On March 13th you’ll be able to pick up this new Ultimate Collectors Edition of Batman Forever.

Pre-orders will be ready from around 9am on Thursday January 19th, so ignore any ‘sold out’ notices before then.

Riddle me this, riddle me that, you’ll find adventure on the wings of a bat! Brace for excitement as Val Kilmer (Batman), Tommy Lee Jones (Two-Face), Jim Carrey (The Riddler), Nicole Kidman (Dr. Chase Meridian) and Chris O’Donnell (Robin) star in the third spectacular film in the Warner Bros. Batman series. Joel Schumacher (The Client) directs and Tim Burton co-produces this thrill ride of a movie that thunders along on the Batmobile, Batwing, Batboat, Batsub and bold heroics. Hang on! 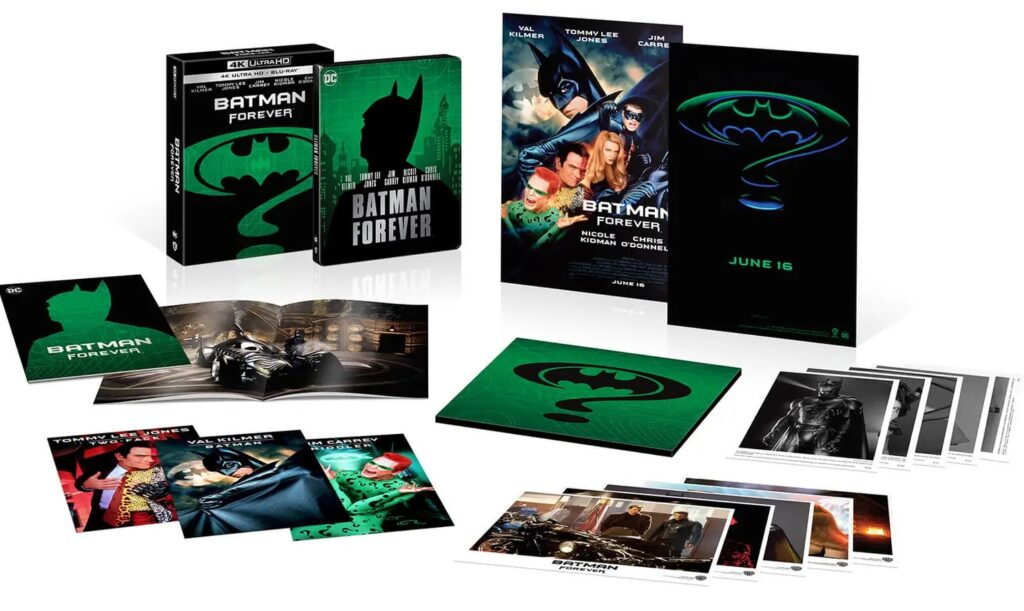 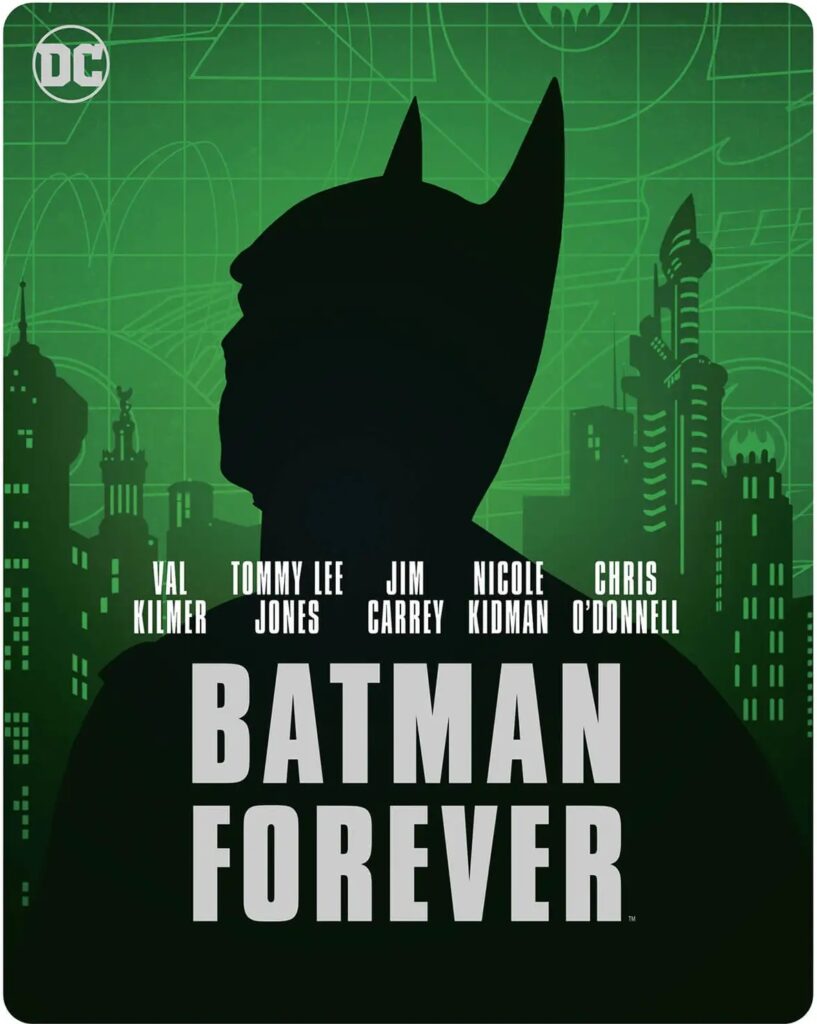 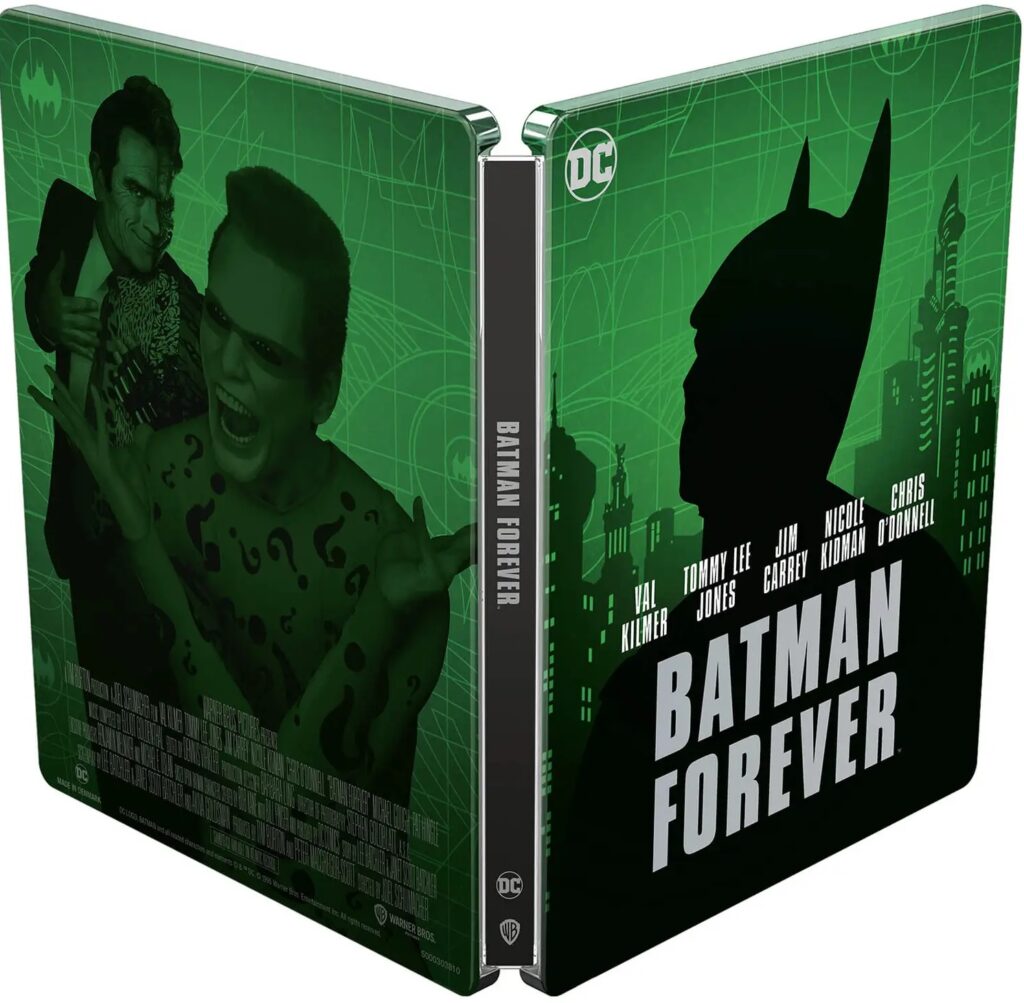