On March 27th you’ll be able to pick up this new 4K steelbook release of Rampage, which uses the film’s Japanese artwork.

Pre-orders will be ready from around 9am on Friday January 13th, so ignore any ‘sold out’ notices before then.

Primatologist Davis (Dwayne Johnson) shares an unshakable bond with George, the extraordinarily intelligent silverback gorilla who has been in his care since he was young. When a greed-fuelled corporation’s genetic experiment goes awry, George and other animals across the country are mutated into aggressive super-creatures who destroy everything in their path. In this adrenaline-filled ride, Davis tries to find an antidote, not only to halt a global catastrophe but also to save the fearsome creature who was once his friend. 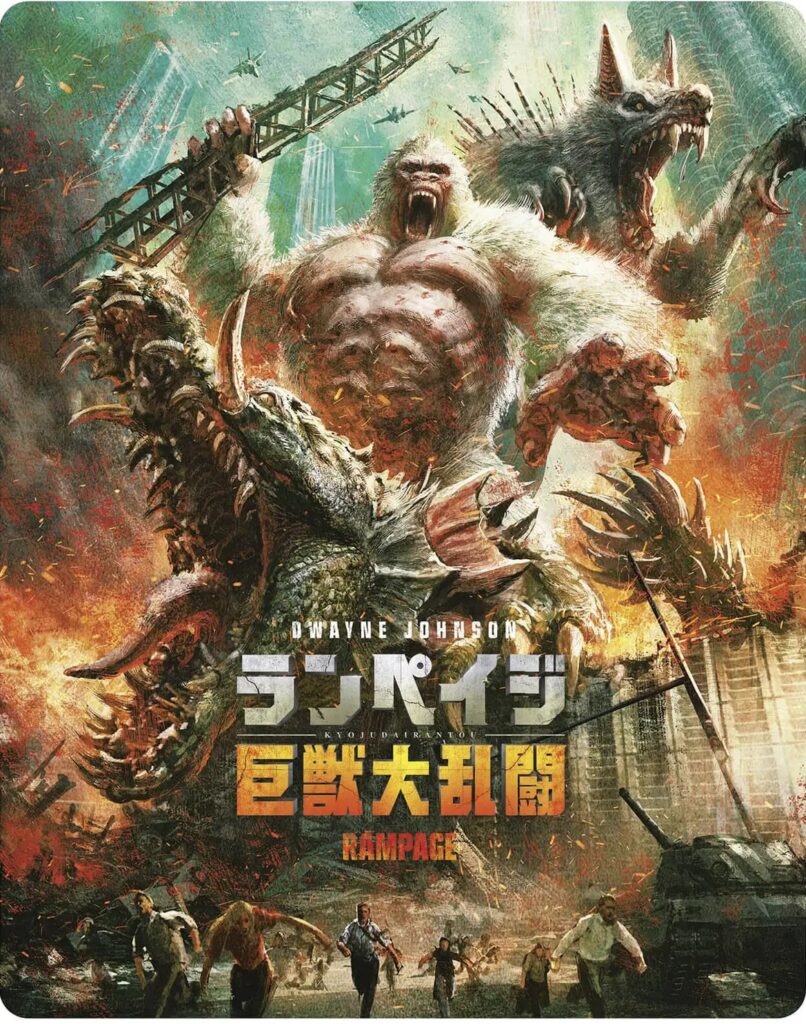 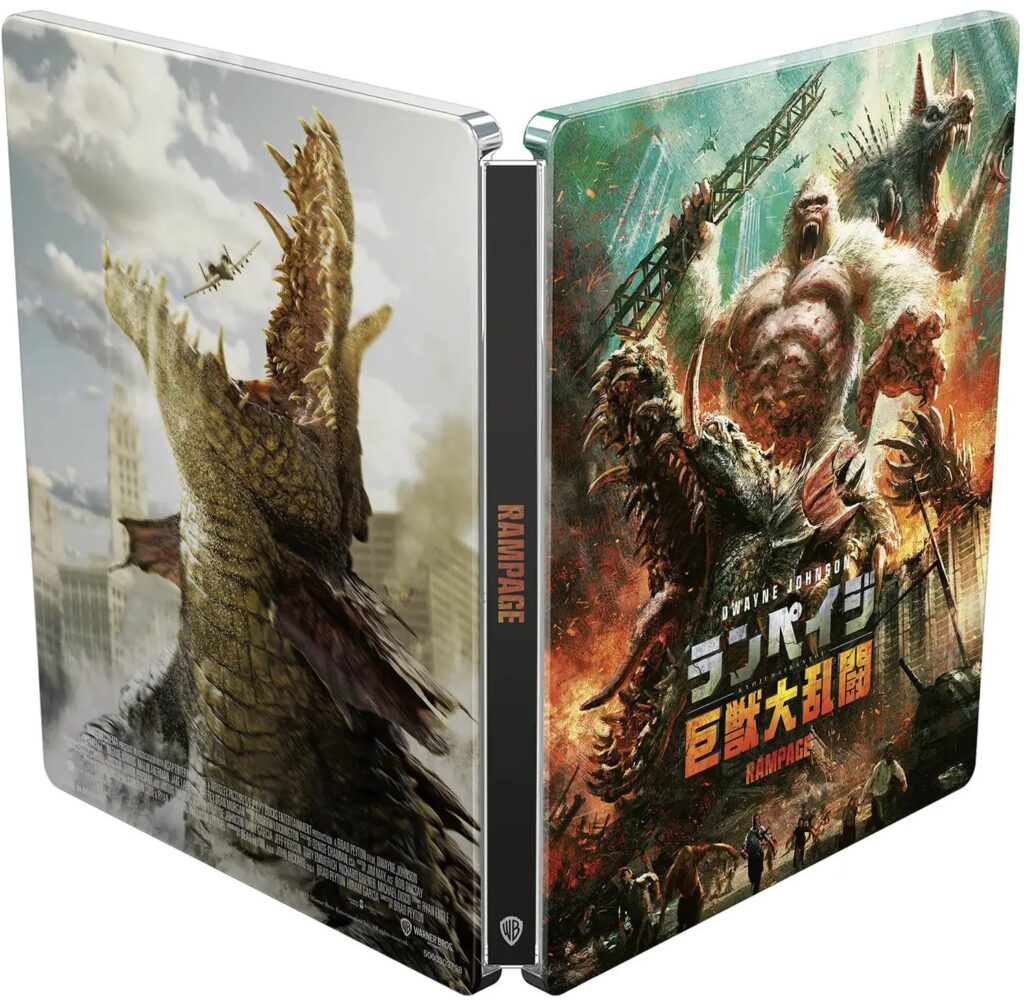