Controversial comedy “The Interview” is coming to UK Steelbook in June

The movie has since been released, and the world has kept on turning, and so we can now look forward to an uneventful home video release on June 6th.

This will include a UK steelbook release, apparently region free, which is available for pre-order now.

Amazon’s pre-order price is quite high, but we’d expect that to drop before release. If you order now, you’ll pay the lowest price. 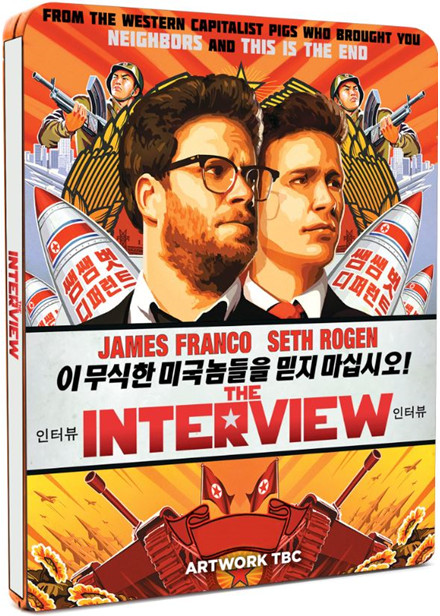