The latest season of the long-running sci-fi comedy Red Dwarf is on UK channel Dave right now, and on November 14th you’ll be able to pick up the steelbook release.

Towards the end of the show’s BBC run it really did feel like it had run out of steam, but Dave’s efforts to revitalise the show with the 2009 Back to Earth mini-series and 2012’s Red Dwarf X have breathed new life into the franchise. Season XI is so far showing great promise.

The Emmy-winning comedy returns for an 11th outing, with the original cast and a host of guest stars on board. The series sees two of the Dwarfers’ dreams come true: Rimmer accidentally saves a Space Corp Captain and is promoted to Officer, while Cat takes time off from loving himself to fall in love with a female cat with a very big secret. Lister wakes up to discover a deranged droid has stolen his body parts and Kryten has a mid-life crisis and changes his body cover from grey to Ferrari red. With big laughs and dazzling effects, Red Dwarf XI continues on from the award-winning Red Dwarf X and recaptures the show’s golden age. 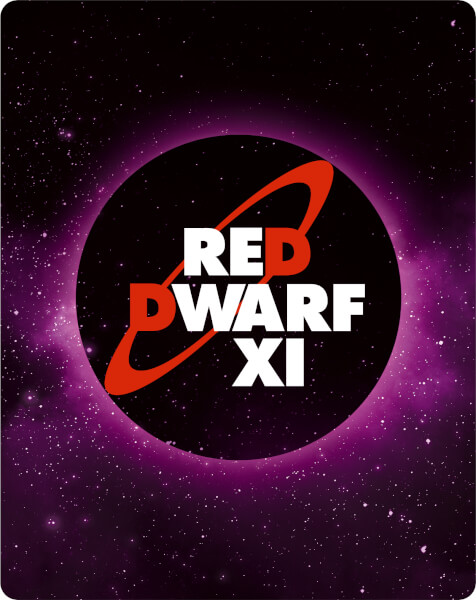