Part of Warner Bros’ ‘Monsterverse’ franchise, alongside 2014’s Godzilla, 2019’s Godzilla: King of The Monsters, and the currently in-production Kong vs Goldzilla, Kong: Skull Island may not match its stablemates in terms of epic scale destruction, but it’s certainly the most fun entry so far.

On September 23rd you’ll be able to pick up this great looking new 4K Steelbook release, exclusively from Zavvi.

Pre-orders will be live from around 6pm UK time on Saturday July 6th, so ignore the ‘sold out’ notice before then.

*There will be debossing on the title treatment as well as a spot gloss finish to the image.

The producers of Godzilla reimagine the origins of one of the most powerful monster myths of all time. This compelling original adventure tells the story of a diverse team of scientists, soldiers and adventurers uniting to explore a mythical, uncharted island in the Pacific, as dangerous as it is beautiful. Cut off from everything they know, the team ventures into the domain of the mighty Kong, igniting the ultimate battle between man and nature. As their mission of discovery becomes one of survival, they must fight to escape a primal Eden in which humanity does not belong. The stellar ensemble cast includes Tom Hiddleston, Samuel L. Jackson, Oscar® winner Brie Larson (Room), John Goodman and John C. Reilly.

Creating A King: Realizing an Icon

Creating A King: Summoning a God
On Location: Vietnam
Tom Hiddleston: The Intrepid Traveller
Through the Lens: Brie Larson’s Photography
Monarch Files 2.0 (Companion Archive)
Director Commentary
Deleted Scenes
*There will be debossing on the title treatment as well as a spot gloss finish to the image. 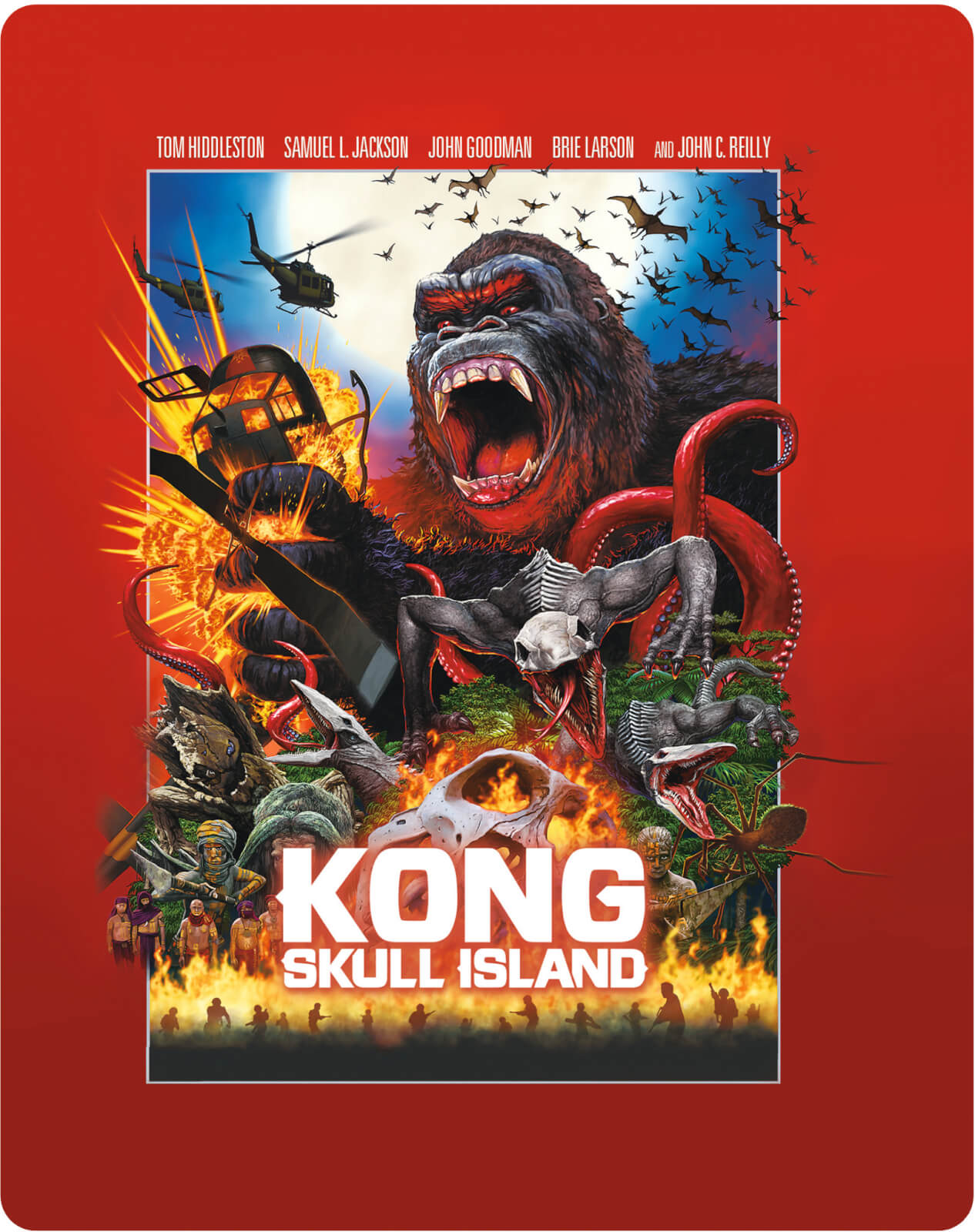 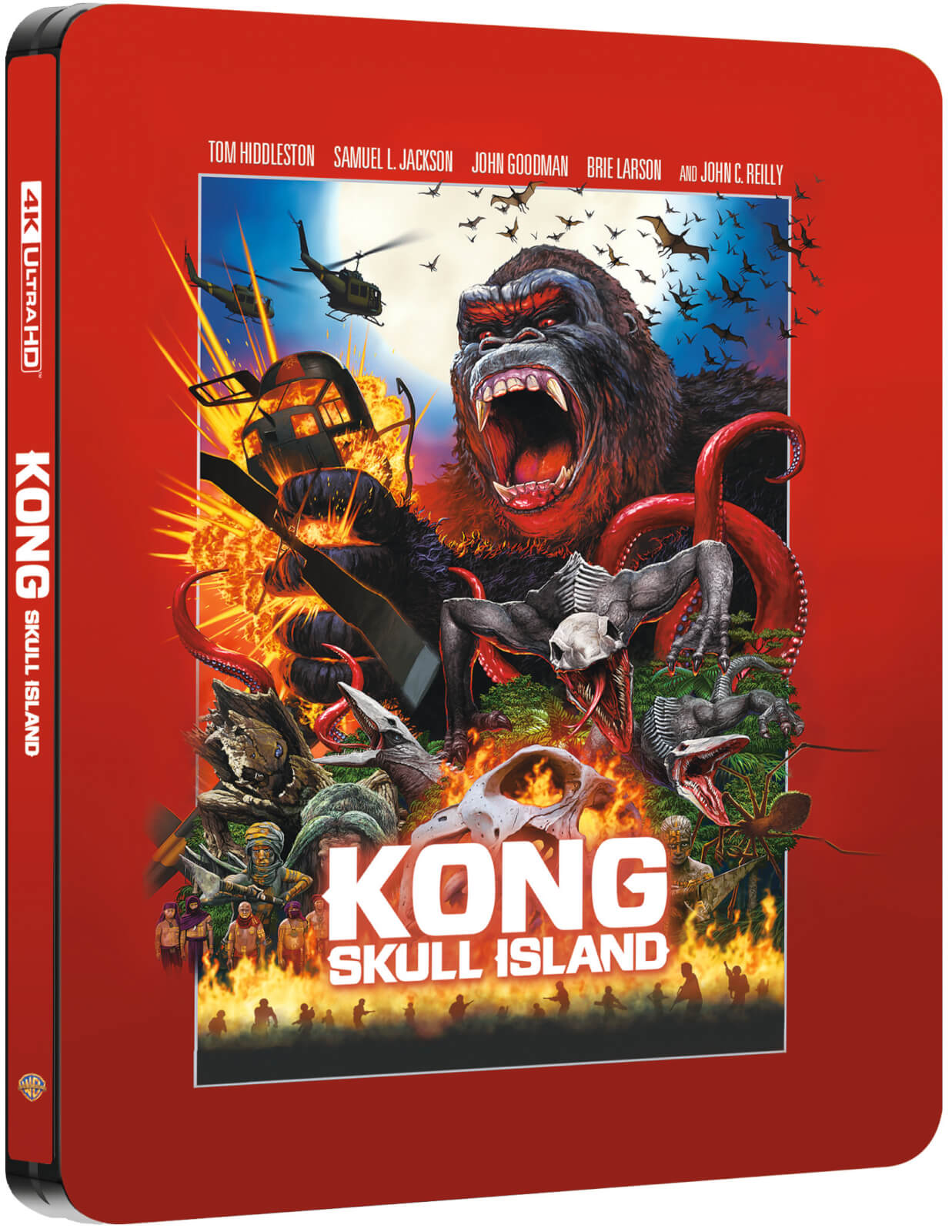 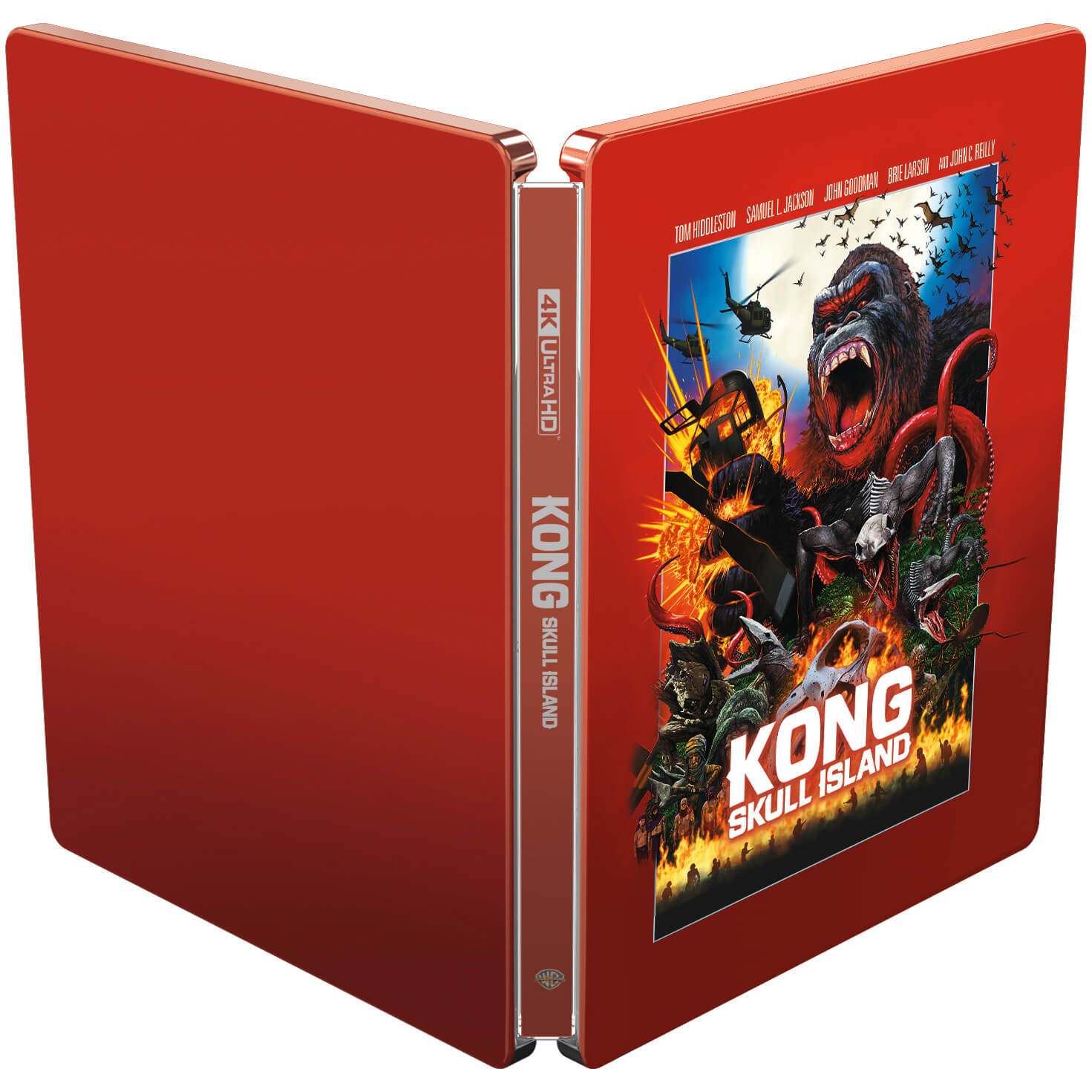