On September 2nd you’ll be able to celebrate Scooby-Doo’s 50th anniversary in style with this new collectors edition release.

Celebrate the 50th anniversary of the world’s most lovable, mystery-solving Great Dane, Scooby-Doo, along with the rest of the Mystery Inc. gang, as the complete Hanna-Barbera classic series, Scooby-Doo, Where Are You! comes to Blu-ray as a collectible, numbered limited edition in Mystery Mansion packaging.

The world’s most lovable, mystery-solving dog, along with his best friend Shaggy and the rest of the gang, stars in a spooky and laugh-filled collection of classic cartoons featuring the one and only Scooby-Doo. Scooby, the clumsy and cowardly canine, instinctively runs from things that go bump in the night. But this globe-trotting Great Dane solves monstrous mysteries and unravels ghostly goings-on like no one else. And even in the middle of the scariest situation, Scooby and Shaggy find time to satisfy their craving for their favorite food — pizza!

So, watch out villains! Scooby-Doo is on your trail, and he always captures his quarry and solves the puzzle. But there’s nothing puzzling about finding fun and excitement — just sit back, have a Scooby snack and enjoy the zany animated antics of the wacky dog detective.

This must-own box set includes all 41 iconic episodes as a four-disc collection, as well as a Digital Copy of the series, plus unique memorabilia including an exclusive Scooby-Doo Funko keychain and a mini Scooby-Doo encyclopedia. 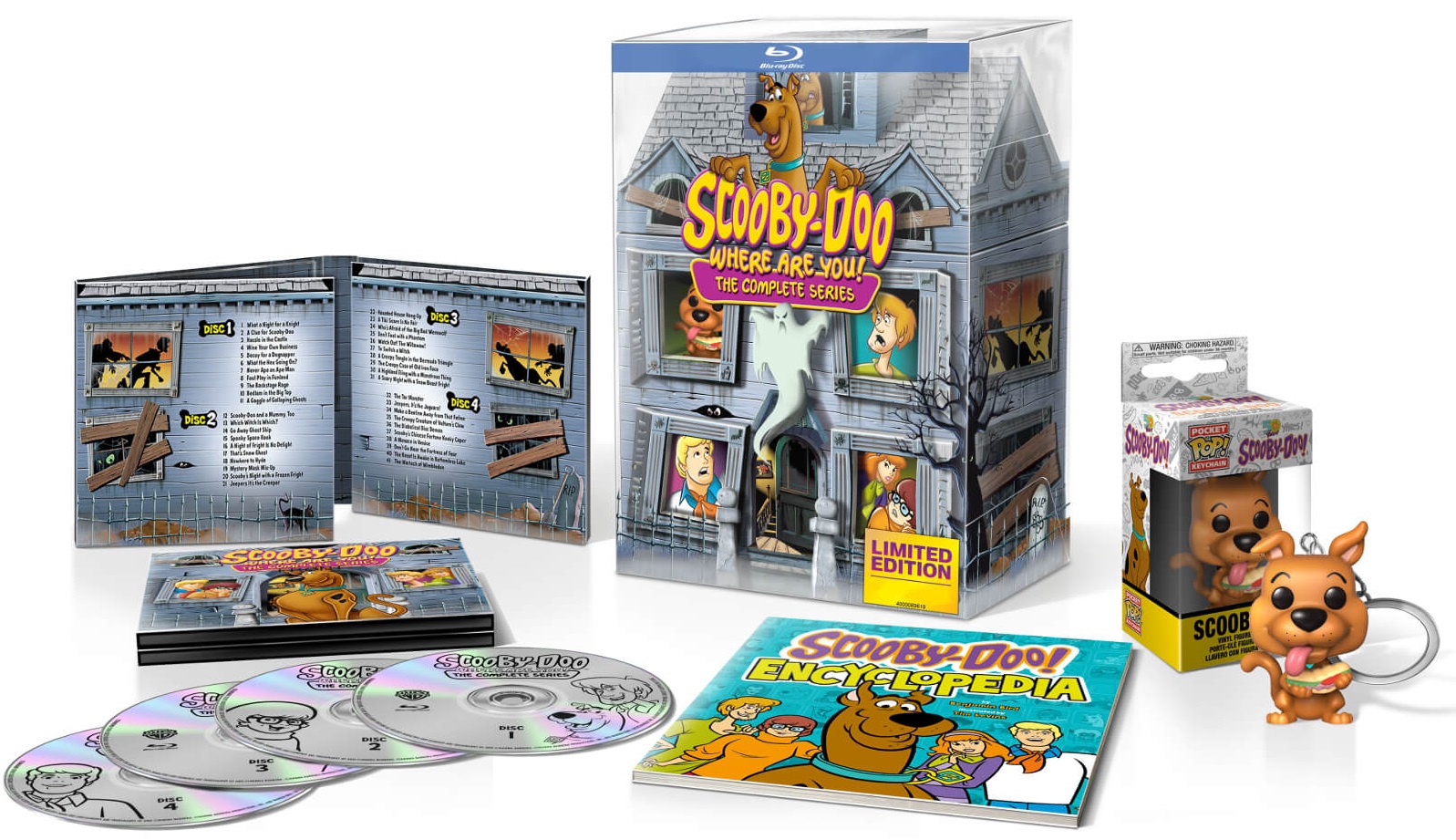