The acclaimed Straight Outta Compton is heading to HMV exclusive steelbook, and you can place your order right now!

Hip hop biopic detailing the rise of American gangsta rap group N.W.A directed by F. Gary Gray. The film shows how aspiring rappers Eazy-E (Jason Mitchell), Dr. Dre (Corey Hawkins), Ice Cube (O’Shea Jackson Jr.), MC Ren (Aldis Hodge) and DJ Yella (Neil Brown Jr.) all met on the tough streets of Compton, California, during the 1980s and how they formed the group which would later become one of the most controversial and seminal acts in the history of hip hop music. 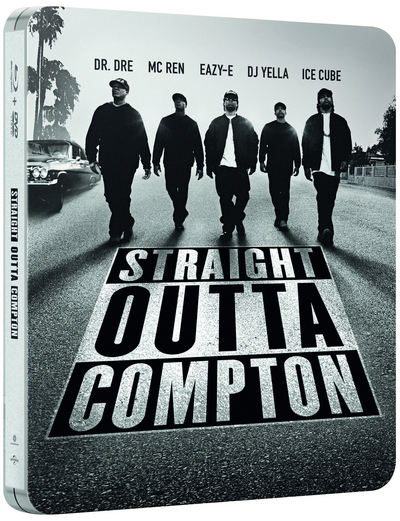