We’ll be getting the movie on 4K and Blu-ray discs, a jam-packed disc of extras and a soundtrack CD, along with a booklet, art cards and a poster.

We’re waiting on confirmation of a steelbook release, but pre-orders for the Collector’s Edition are live now, and we’ll add more details and links as we get them.

This 4 disc limited Collector’s Edition of John Carpenter’s 1988 cult classic THEY LIVE has been stunningly restored in 4K. This release is beautifully packaged with a stylish, newly commissioned illustration on the cover. It contains a UHD of the feature as well as a Blu-ray feature disc, extra features disc and the original soundtrack on CD. It also contains 5 artcards, a newly illustrated theatrical poster and booklet containing behind the scenes stills, articles and an essay from celebrated film journalist Kim Newman. 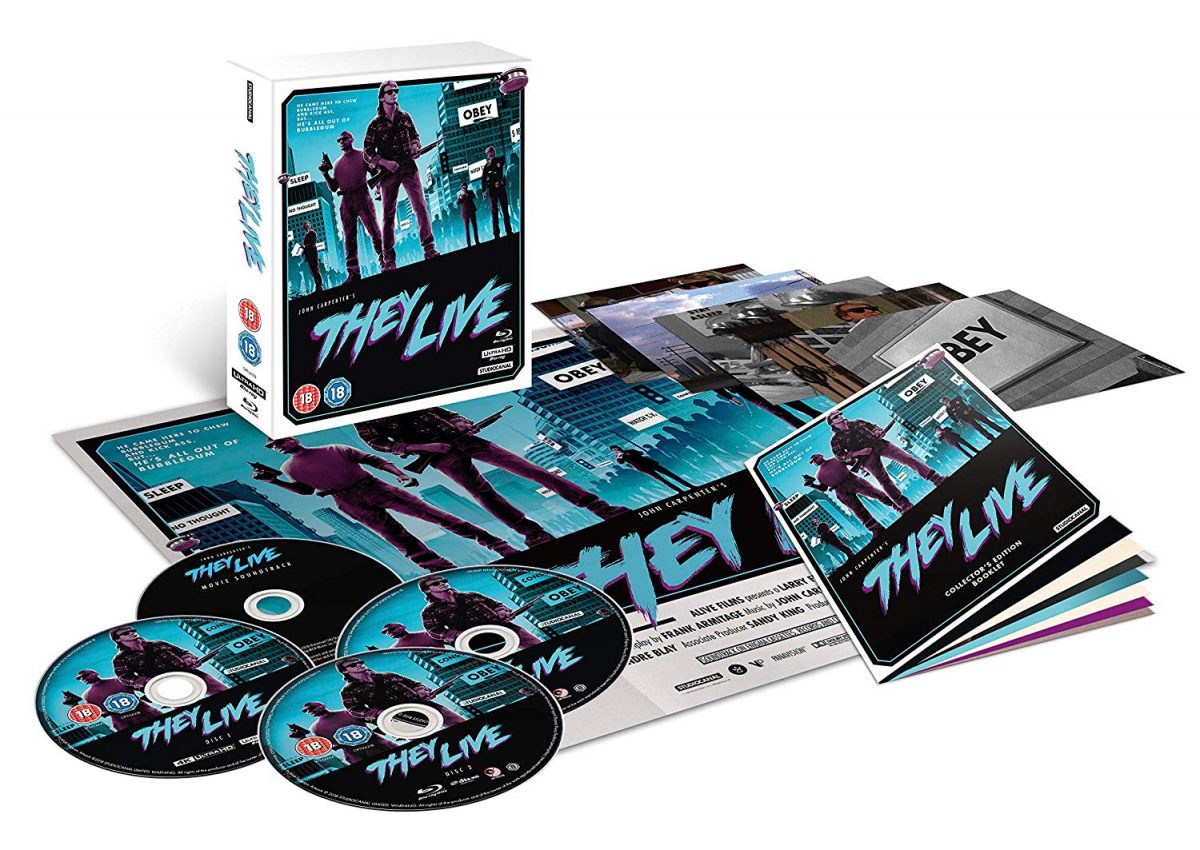 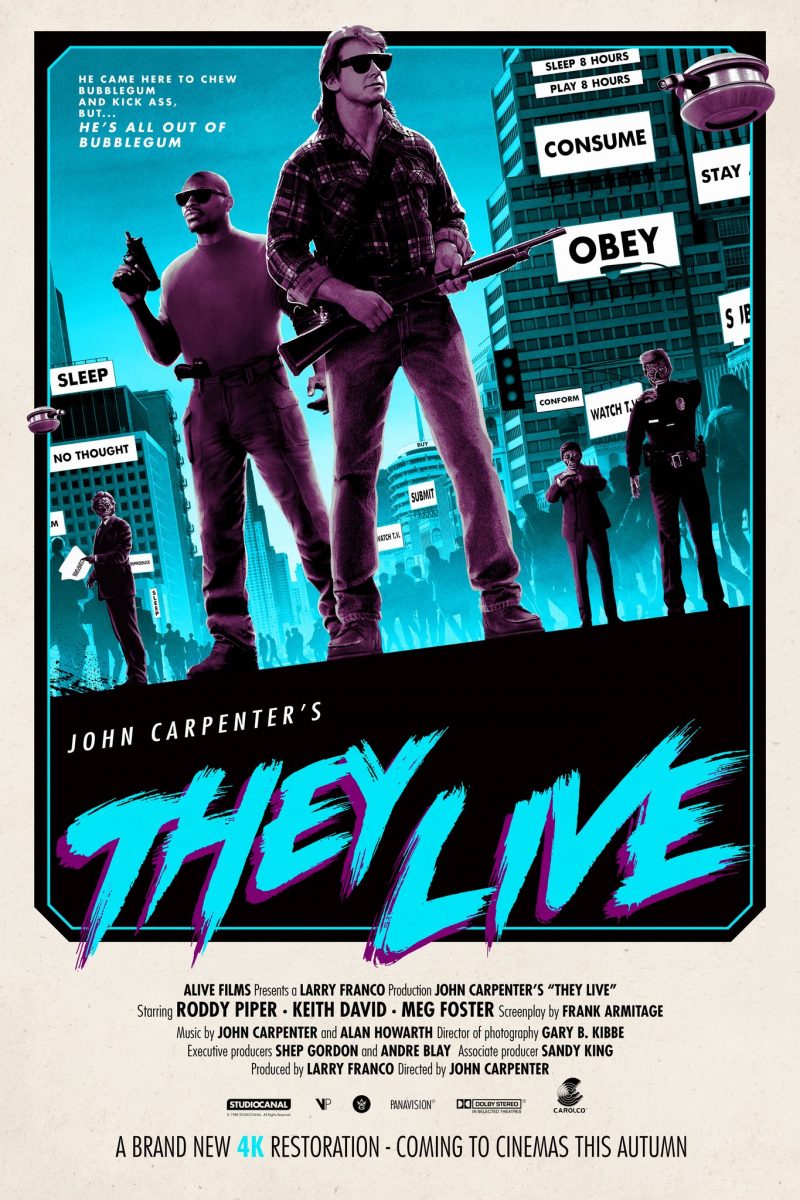