80s comedy horror classics Re-Animator and Bride of Re-Animator are heading to Germany in a 2-disc combo steelbook release, on the 28th February.

There are no indication of extra features, though hopefully we’ll get at least some of those that have appeared on previous US DVD releases.

Check out the pre-order link and artwork below: 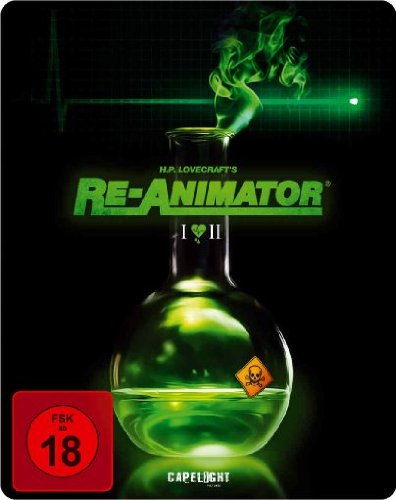