Praise be! Warner UK have – finally! – seen the light, and will be bringing us a UK 4K steelbook of their hit monster movie The Meg as an HMV exclusive release, which will also include the movie on standard Blu-ray.

Sci-fi action horror starring Jason Statham as a deep sea diver who mounts a rescue mission to free a group of scientists from the clutches of a massive megalodon shark. Five years after a similar rescue attempt failed, Jonas Taylor (Statham) is called upon once again to save the crew of a submersible which has lost contact with their research facility, Mana One, during a mission to survey the depths of the ocean. Can he save them from the jaws of the megalodon this time around and earn redemption? 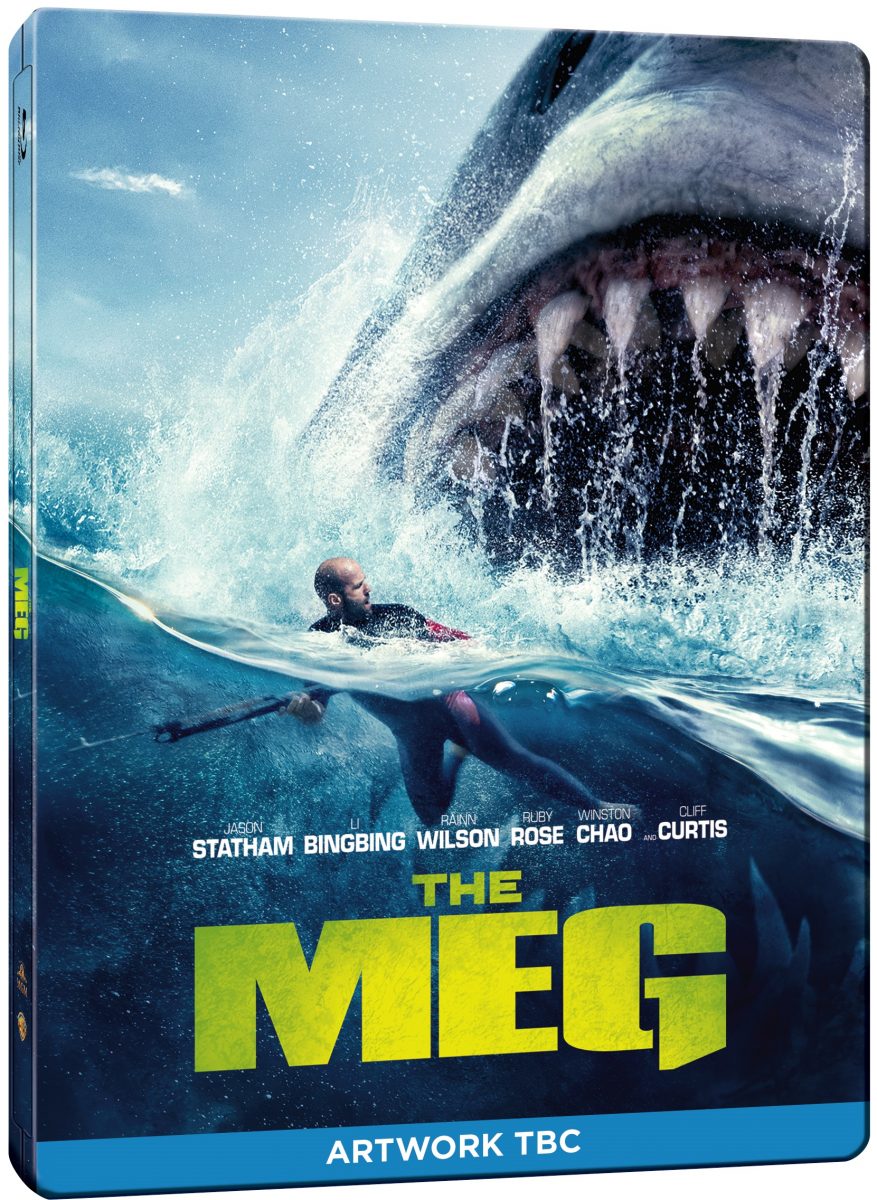