After initially selling out of the very limited number of copies they had allocated, Zavvi will be relaunching their 4K steelbook release of the Back To The Future trilogy, which is due for release on October 26th.

You’ll get the movies on newly remastered 4K and and Blu-ray disc, along with an extra bonus features Blu-ray disc.

Pre-orders are due to go live at Zavvi at 9am of Friday September 4th for Red Carpet subscribers, and around 12 noon Friday for everyone else, so ignore any ‘sold out’ notices before then.

Experience one of the most popular movie series of all time like never before with Back to the Future: The Ultimate Trilogy! Join Marty McFly (Michael J. Fox), Doc Brown (Christopher Lloyd) and a time traveling DeLorean for the adventure of a lifetime as they travel to the past, present and future, setting off a time-shattering chain reaction that disrupts the space-time continuum! From filmmakers Steven Spielberg, Robert Zemeckis and Bob Gale, this unforgettable collection features hours of bonus features and is an unrivalled trilogy that stands the test of time. 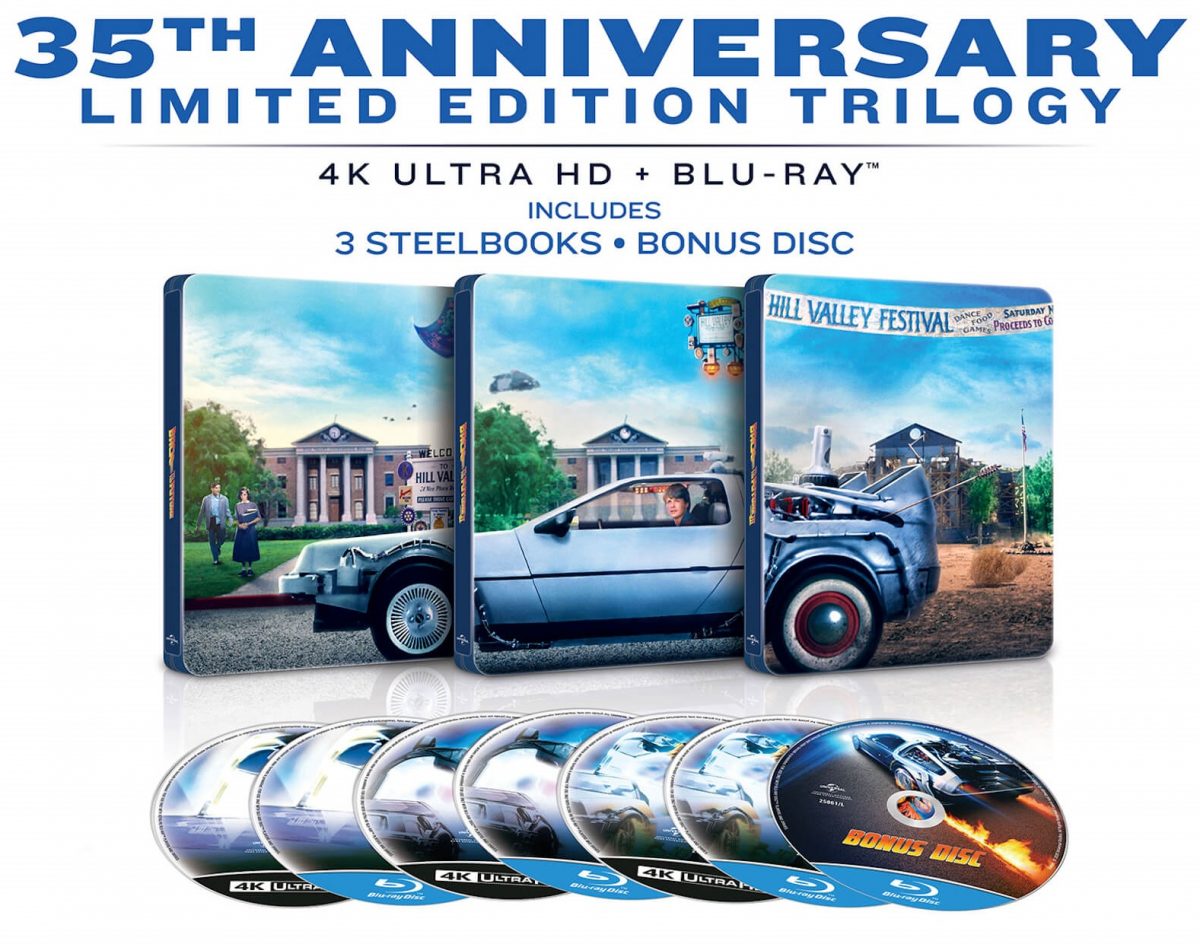