1989’s Ghostbusters II is getting a pair of steelbook releases with these Zavvi exclusives, on June 15th

You’ll have the option a 4K-only steelbook, as well as a separate re-issue of the old Blu-ray steelbook, which was previously an HMV exclusive, with both using Dan Mumford’s brilliant artwork.

Pre-orders are due to go live at Zavvi on Sunday May 17th so ignore any ‘sold out’ notices before then.

It’s a fine time for slime-time when Doctors Venkman (Bill Murray), Stantz (Dan Aykroyd) and Spengler (Harold Ramis) regroup to nuke the spooks in this high-spirited comedy. Sidelined after their spectacular save of New York City five years ago, the heroes of the hereafter once again answer the call when an underground river of ghoulish goo threatens to rot The Big Apple to the core. Dana Barrett (Sigourney Weaver), Louis (Rick Moranis), Winston (Ernie Hudson) and Janine (Annie Potts) are all back for the ride as these supernatural superstars swing back into hilarious action! 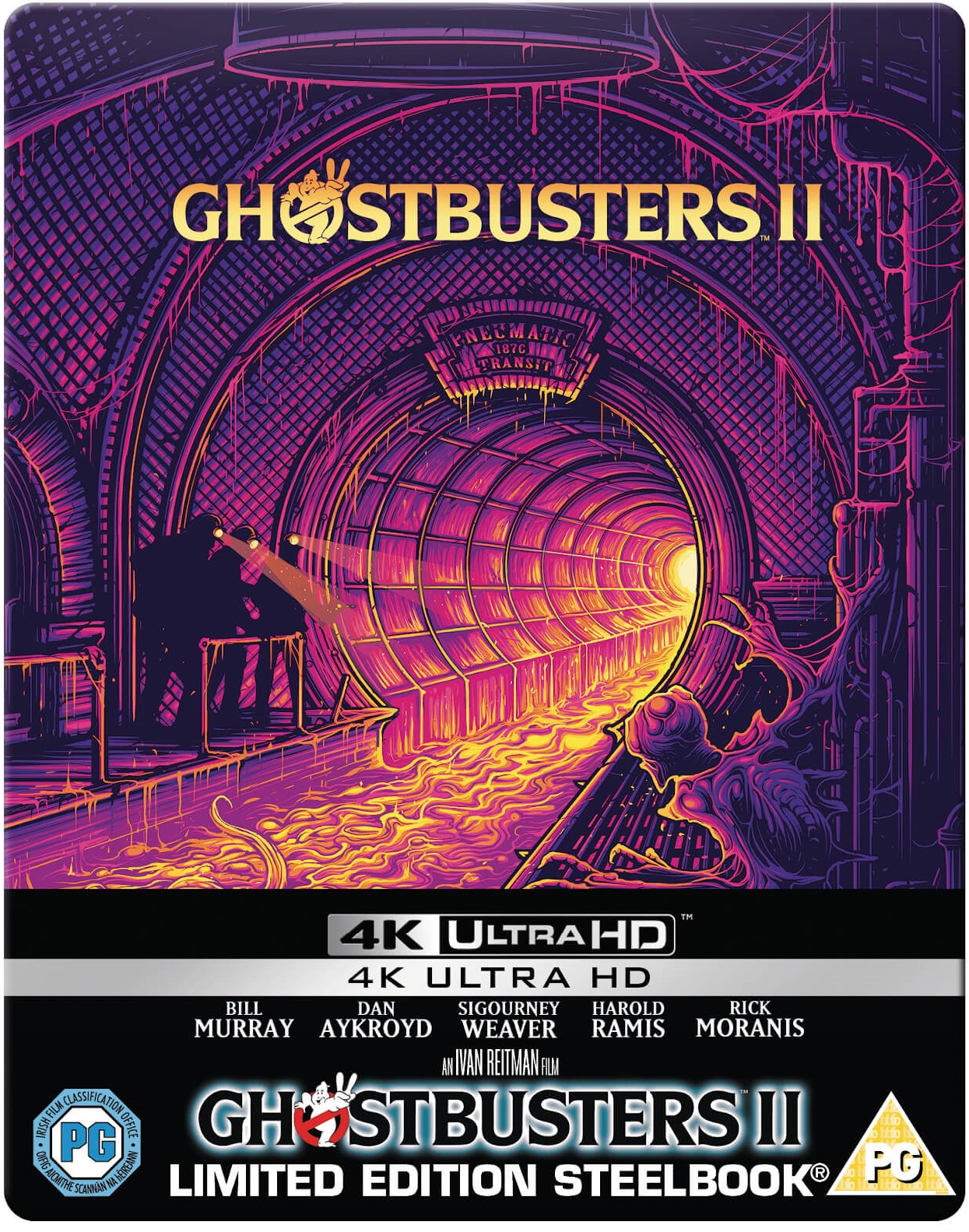