Following his huge hit with video game-themed Jumanji: Welcome to The Jungle, Dwayne Johnson is back with an actual (all-be-it loose) video game adaptation Rampage, his second after 2005’s Doom. Though some would rather forget that one…

Anyhoo… Rampage has proved to be another hit, and combines all the elements (giant creatures, city-scale destruction, ‘splosions, and Johnson himself) that every movie needs, and HMV are bringing us the UK steelbook.

This will be 2D & 3D (no 4K this time, as usual from Warner UK unfortunately), and while the final art and release date are still TBC, pre-orders are live right now.

Dwayne Johnson stars in this US action adventure based on the 1980’s video game. When a genetic experiment goes awry, primatologist Davis Okoye (Johnson) discovers his friend, a silverback gorilla named George, has been turned into a giant rampaging monster along with Lizzie the crocodile and Ralph the wolf. As the massive creatures tear across the country, Davis teams up with discredited engineer Dr Kate Caldwell (Naomie Harris) to discover who carried out the experiment and synthesise an antidote that will turn the animals back to normal before their trail of destruction gets out of control. The cast also includes Malin Åkerman, Joe Manganiello and Jeffrey Dean Morgan. 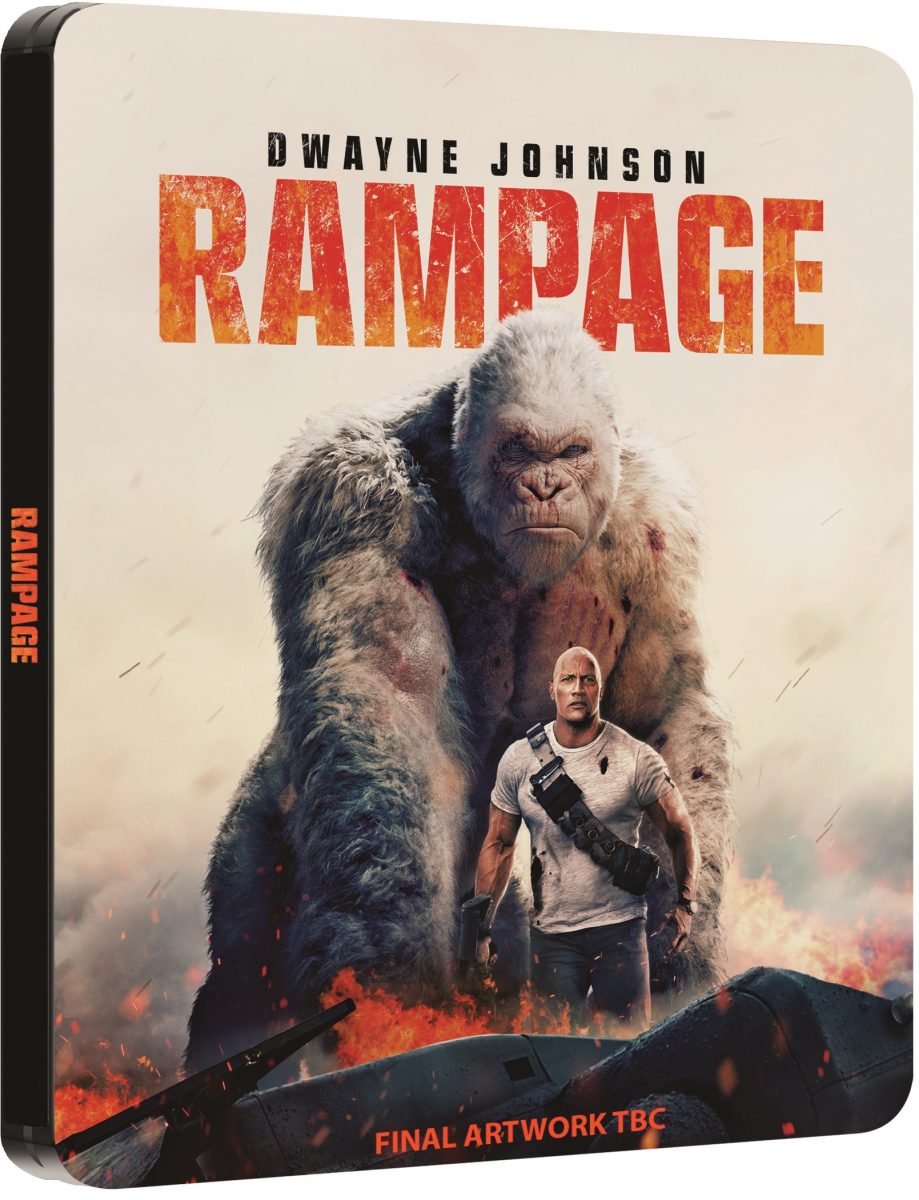