On July 18th you’ll be able to pick up this new 4K Steelbook release of Conan spin-off Red Sonja.

Pre-orders will be live around 9am UK time on Thursday May 12th for Red Carpet subscribers, and around 12 noon for everyone else. Our Red Carpet links don’t work properly for some reason, so you may need to log in first, then click the link again. Once the Red Carpet period is up, the link will work fine.

Directed by Richard Fleischer (Conan the Destroyer), the classic 80s fantasy action film RED SONJA has been restored in 4K UHD and includes a score from the renowned Academy Award-Winning® composer Ennio Morricone. Based on stories by the creator of Conan the Barbarian, Robert E. Howard and featuring new original artwork by Renato Casaro, the original movie poster artist.

Brigitte Nielsen (Rocky IV, Cobra) stars as the iconic, flame-haired heroine who sets out to avenge the death of her family after being granted extraordinary powers by a mysterious vision, but only if she vows to never fall in love with a man who cannot defeat her in combat.

She is tasked to stop the tyrannical Queen Gedren (Sandahl Bergman, Conan the Barbarian), who is in possession of a talisman that could destroy the world. On her journey she meets Kalidor (Arnold Schwarzenegger, The Terminator, Total Recall), a powerful stranger gifted with unusual strength who insists on helping Sonja end the Queen’s reign of terror. 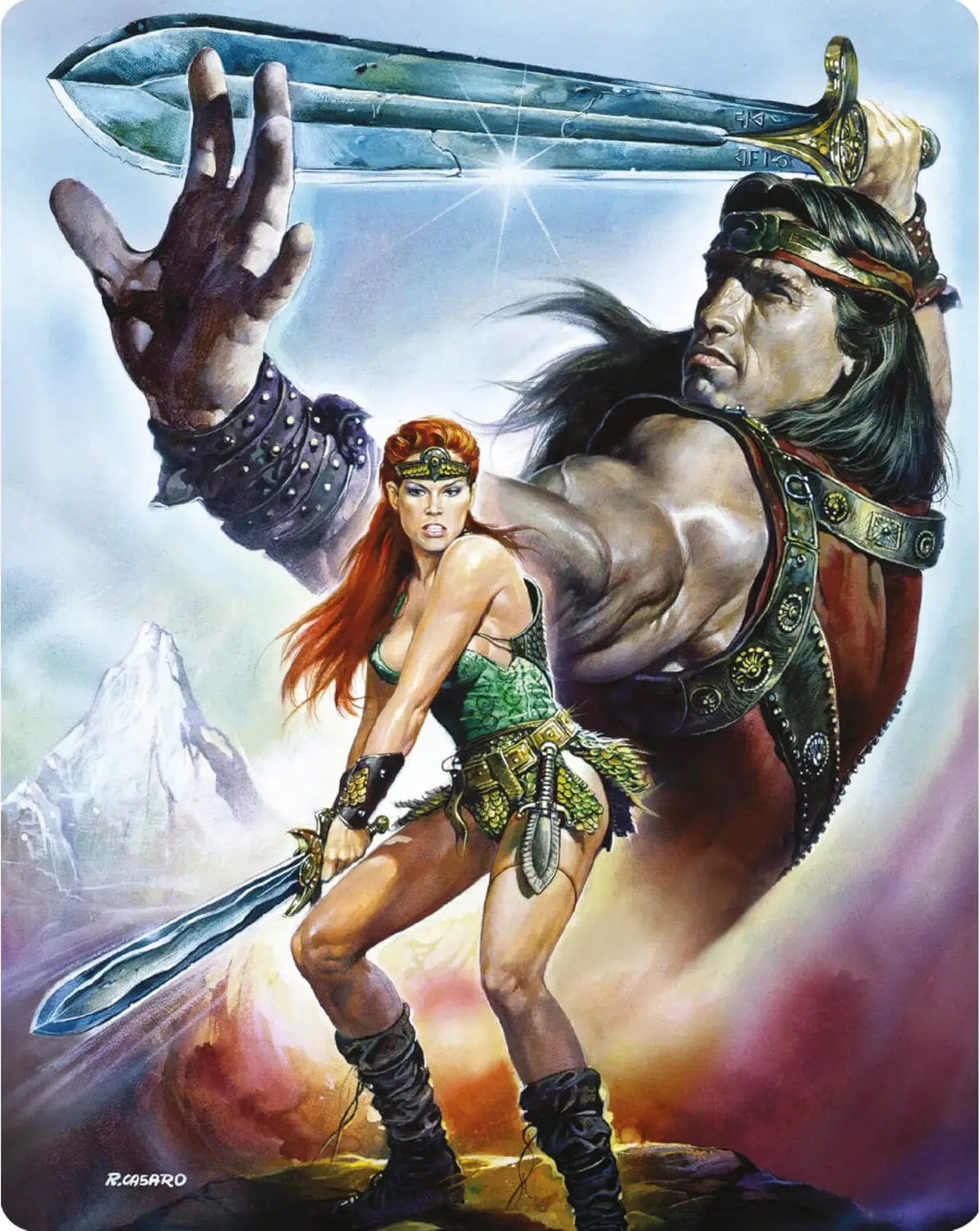 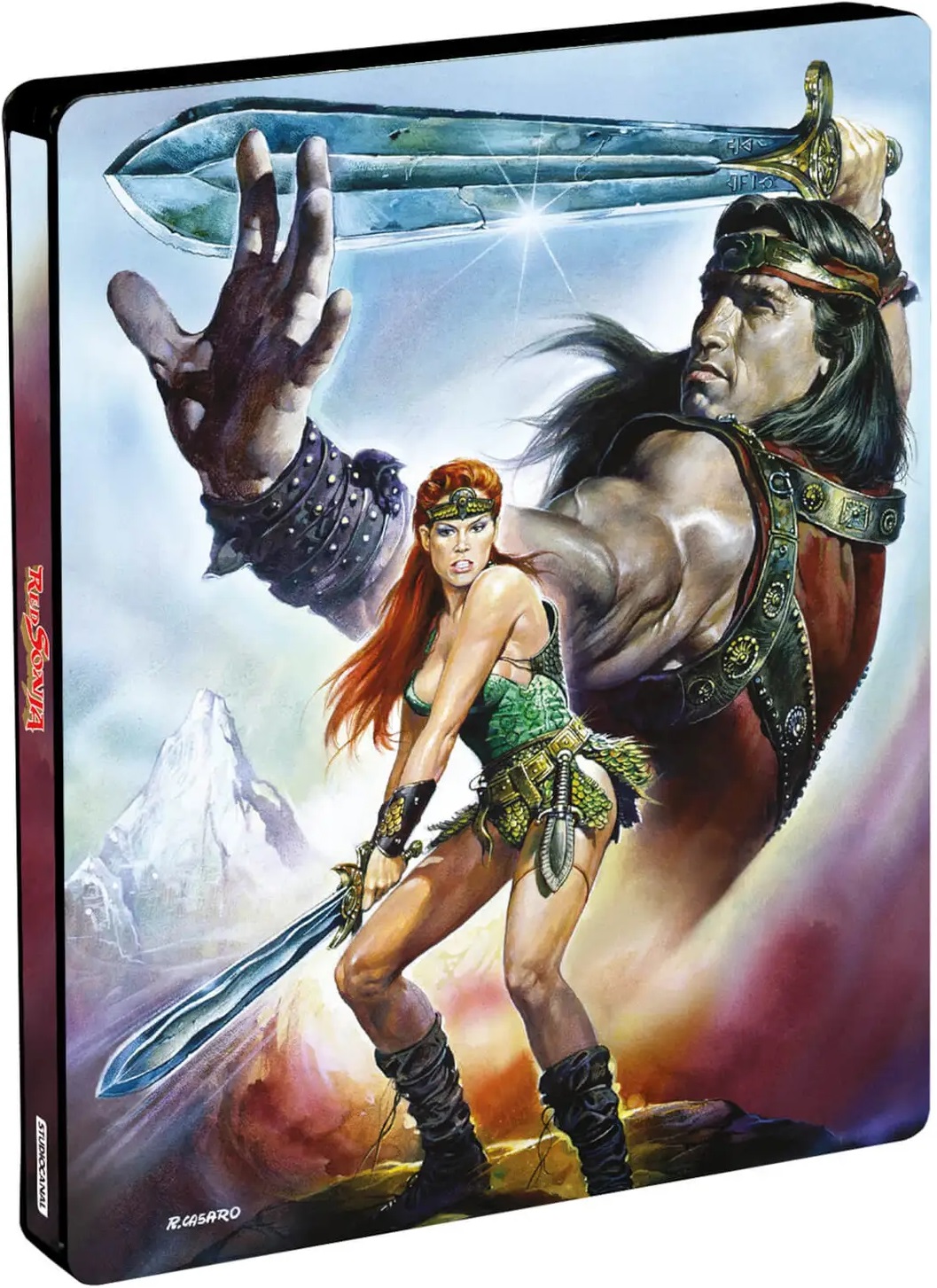 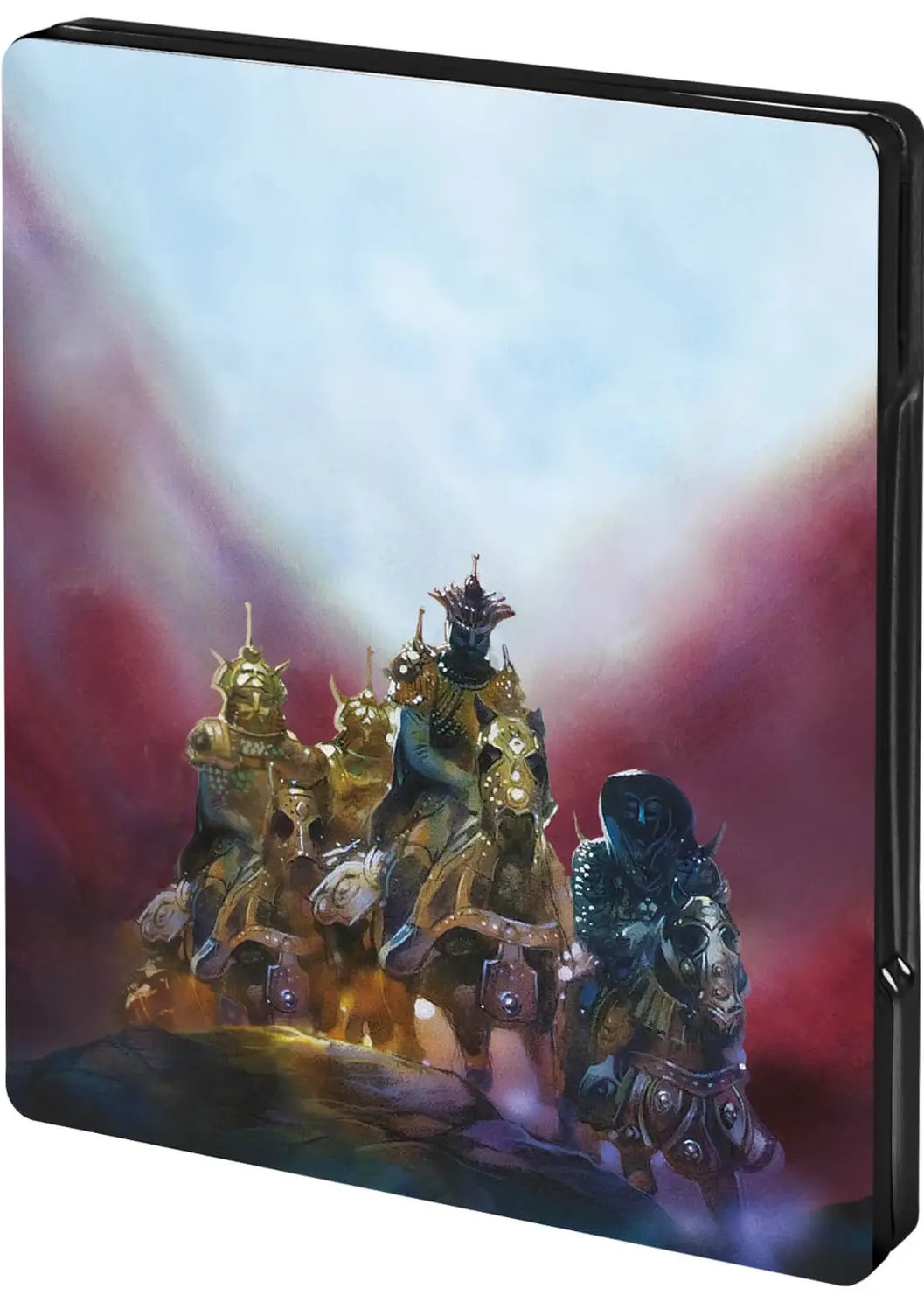