Acclaimed thriller “Sicario” is getting a great looking UK Steelbook

Sicario is picking up some rave reviews, and a sequel is already in development. Right now you can pre-order this great looking steelbook, though the release date is still TBC.

This isn’t a retailer exclusive, so we’ll add more links as we get them

In Mexico, SICARIO means hitman. In the lawless border area stretching between the U.S. and Mexico, an idealistic FBI agent (Emily Blunt) is enlisted by an elite government task force official (Josh Brolin) to aid in the escalating war against drugs. Led by an enigmatic consultant with a questionable past (Benicio Del Toro), the team sets out on a clandestine journey forcing Kate to question everything that she believes in order to survive. 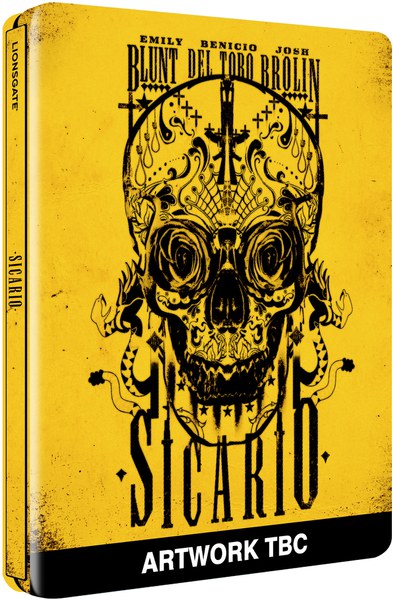